Wes Cupp took heed of some advice from a popular TV character during his Speedgolf round Monday morning. 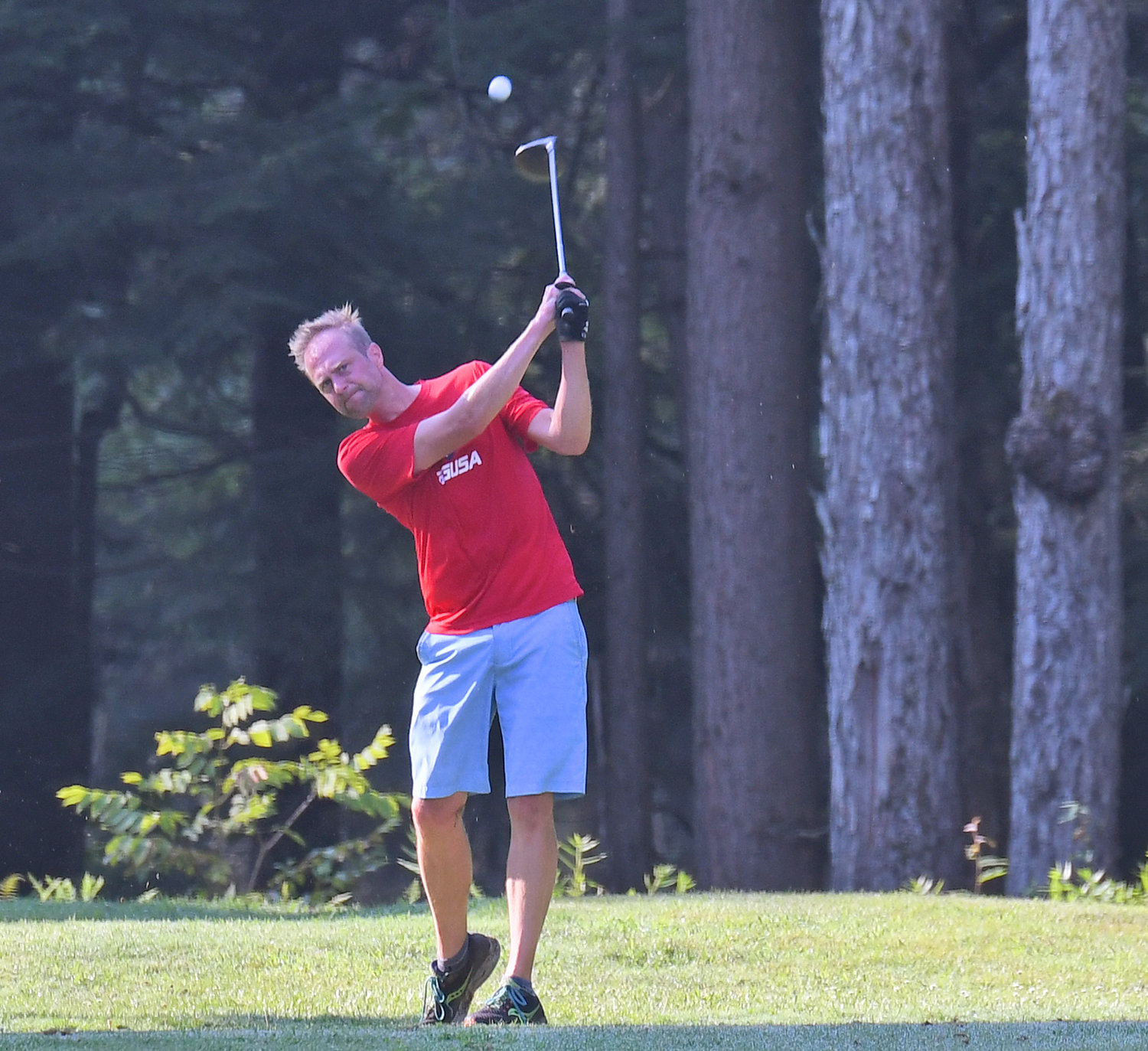 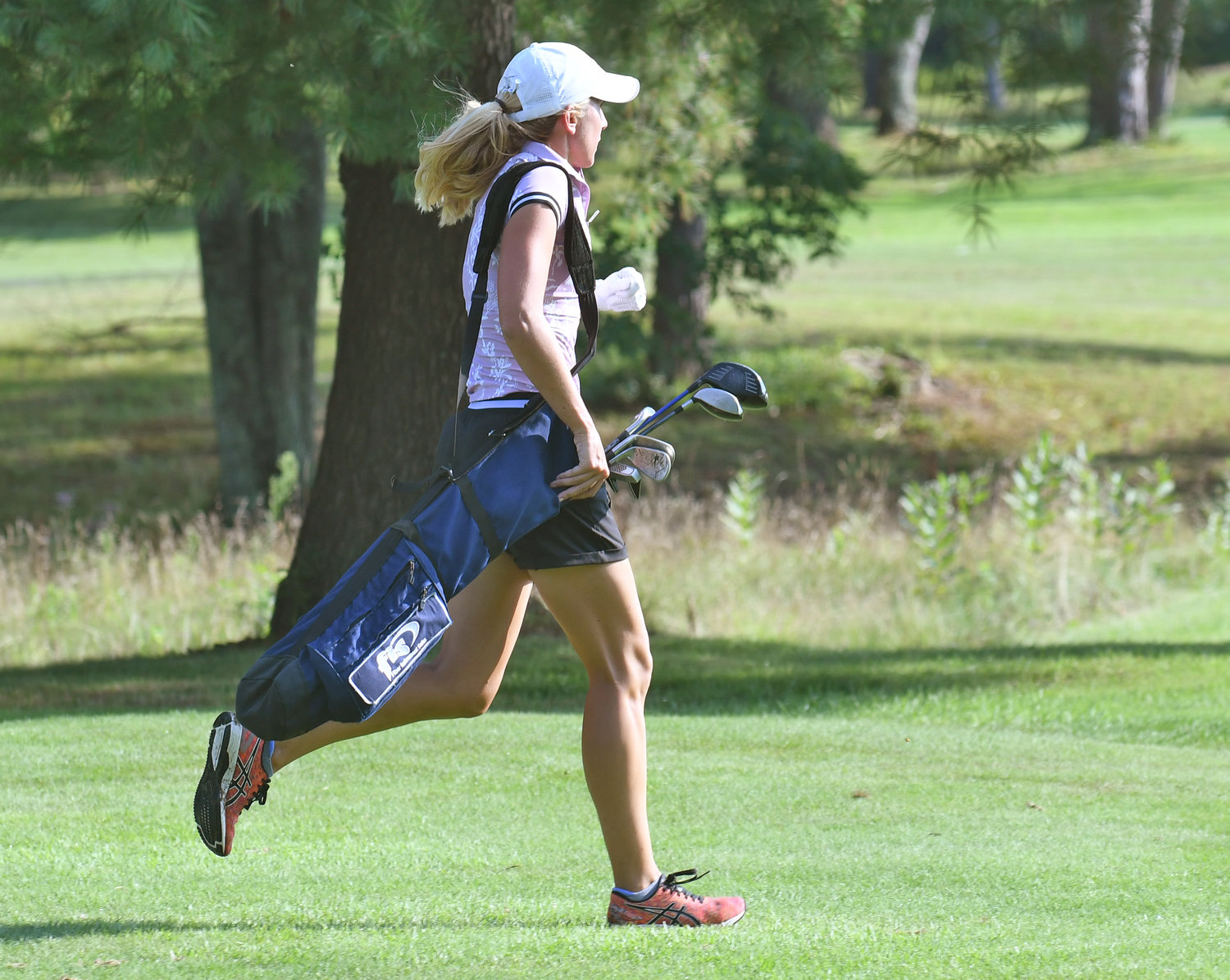 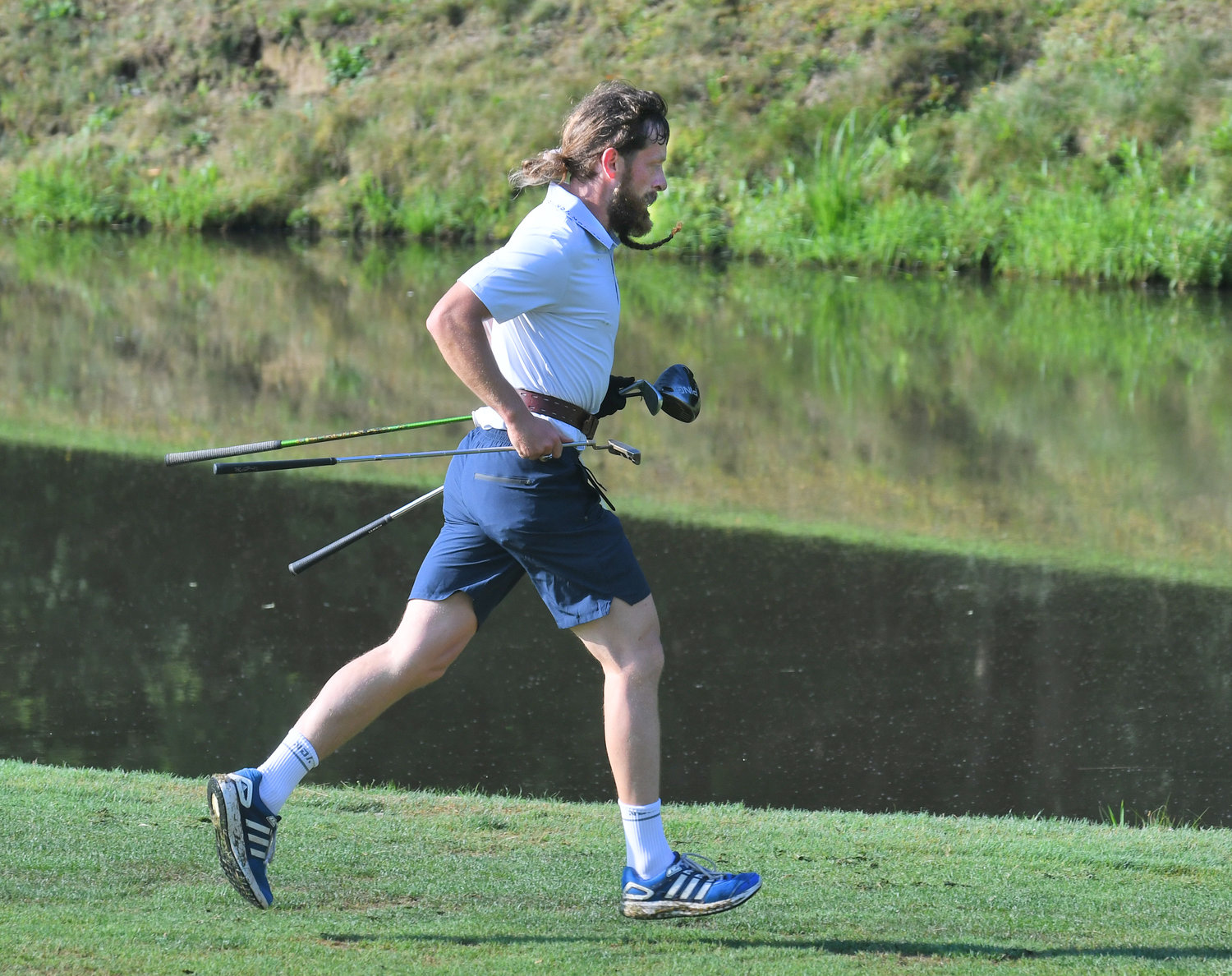 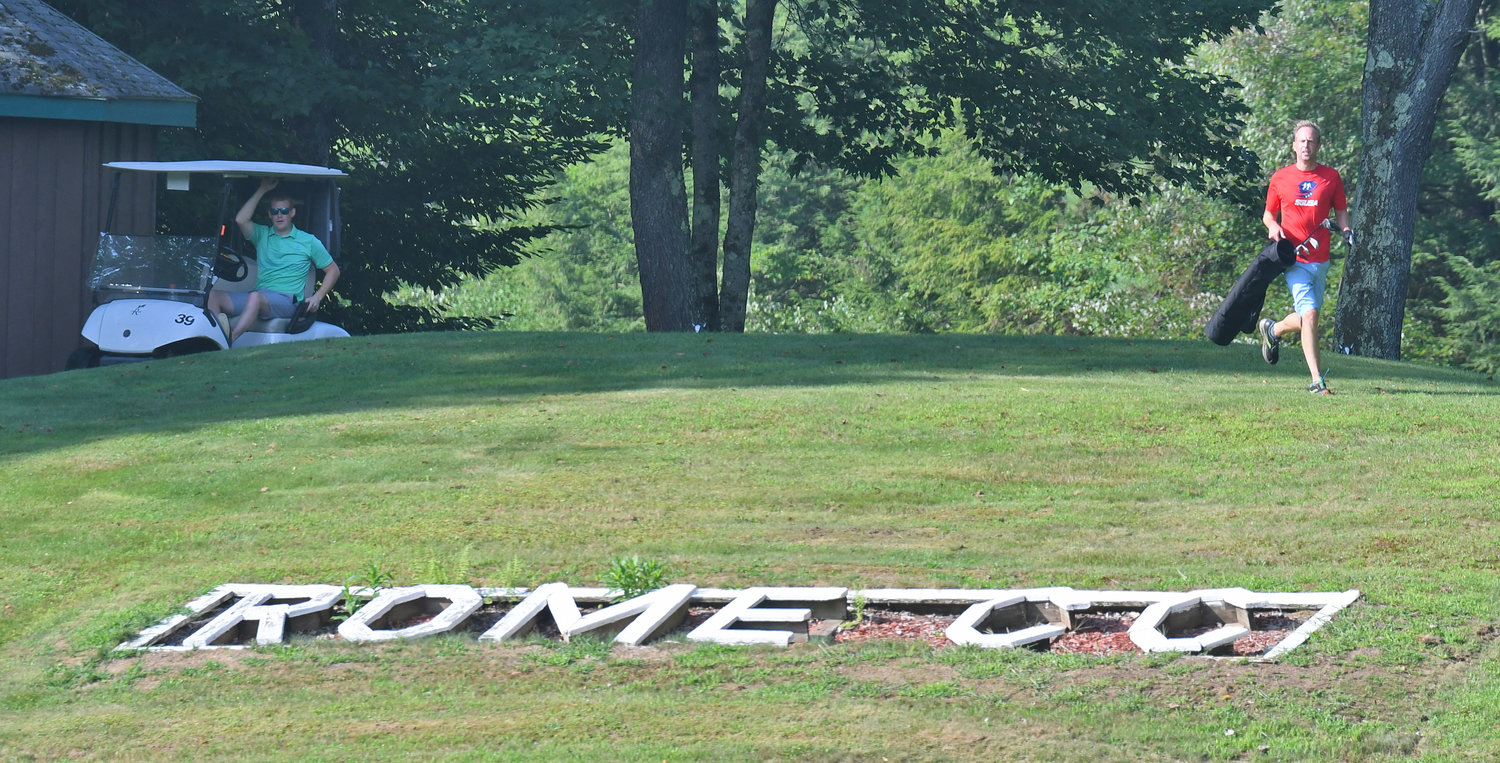 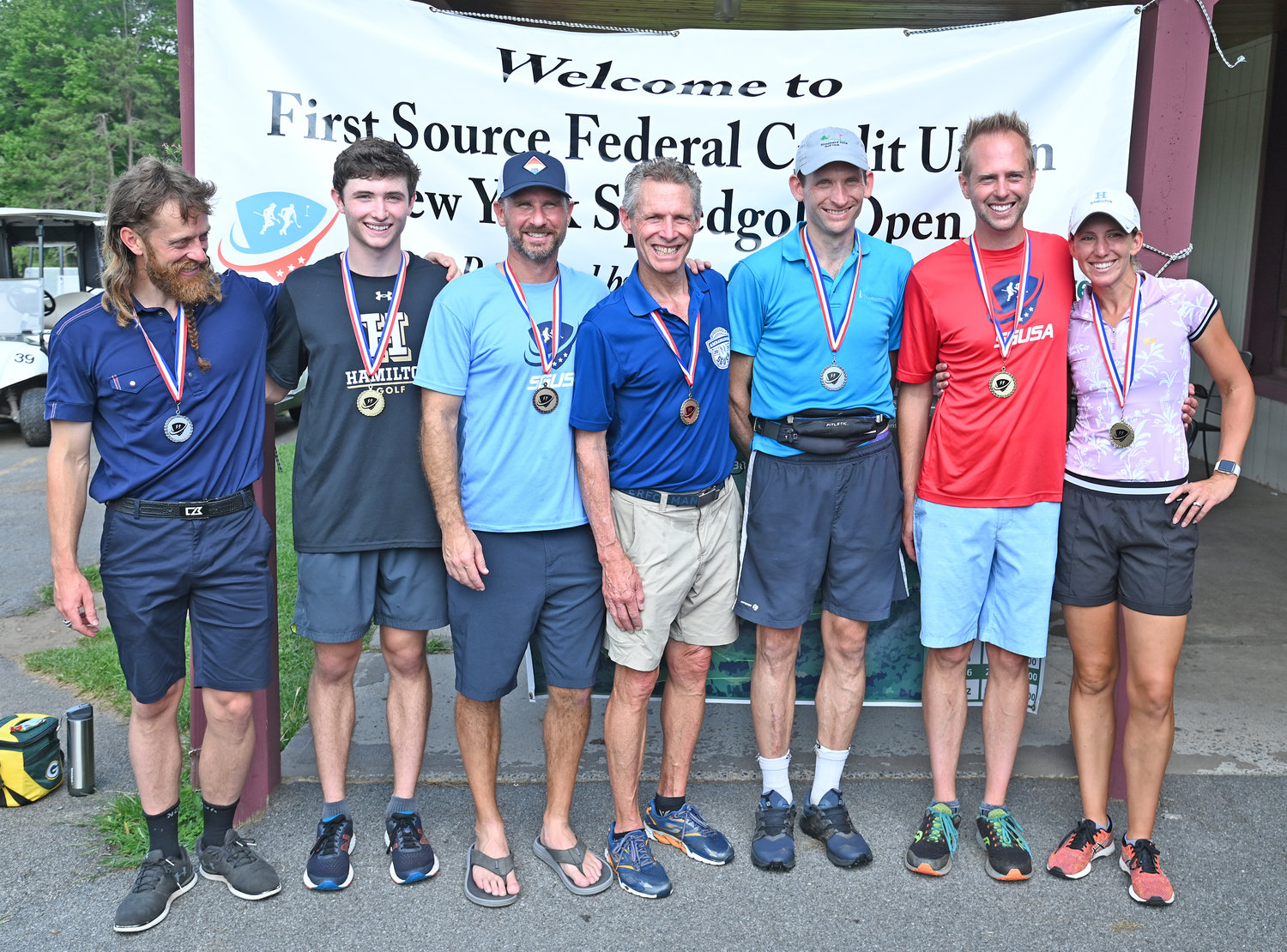 ROME — Wes Cupp took heed of some advice from a popular TV character during his Speedgolf round Monday morning.

Ted Lasso, the eponymous soccer coach in the smash hit Apple+ show, tells another character that the happiest animal in the world is a goldfish because they have a 10-second memory.

Cupp, who is among the world’s top Speedgolfers, used that “short memory” guidance after starting the second round of the New York Speedgolf Open with bogeys on the first and second holes at his own Rome Country Club.

“Half of it is being like a goldfish,” Cupp said moments after finishing his round in 47 minutes and 38 seconds. “Then, your survival instincts kick in.”

That was more than enough to help Cupp – who led by about two minutes after Sunday’s first round at Teugega Country Club – defend his New York Speedgolf Open title in the elite Open division during a pair of hot and humid days.

A Speedgolf score is calculated by adding a player’s golf strokes and elapsed round time. The goal is to produce the lowest combination of minutes and strokes.

“I played fairly well considering it all,” said Cupp, who owns Rome Country Club and is Director of Business Development for the Sentinel Media Co. “My last 11 holes I had 10 pars and a birdie, which is all you need to do.”

He finished with a two-day Speedgolf score of 242 minutes, 29 seconds – nearly 10 minutes ahead of Ireland’s Rob Hogan. The bearded two-time world champion had a two-day score of 252:01.

Par for men at Teugega is 70 and 72 at Rome Country Club.

Cupp’s margin of about 10 minutes is considered sizable in Speedgolf. For example, he won last month in Alabama by a total of 19 seconds.

Cupp said “home course advantage” played a role for him. Hogan last played in this event in 2016.

“The first five holes are difficult and I knew there will be bogeys,” said Cupp, who had a black-and-blue eye after being hit by a ball during a practice round recently at RCC. “If I’m playing somewhere I don’t know, maybe bogeys on the first two holes would rattle the cage a little bit.”

Texas’ Scott Dawley was third in 260:47 and earned $700 after rounds of 77 and 82 in about 50 minutes. Wisconsin’s Luther Olson had a two-round total of 265:30 for fourth in a field of as many players. A few others who were supposed play had travel issues and didn’t participate.

Lauren Cupp, the top-ranked women’s speedgolfer in the world who set a world record with a round of 122:48 during event here last year, was the lone woman in the elite field.

“Overall, I played pretty well,” said Lauren Cupp, who is married to Wes with three children. “Over 36 holes, I’m happy with that display.”

The hot weather – combined with the quick turnaround between rounds – made things tough.

“I think most people were a few minutes slower just simply because of the scorching heat,” Lauren Cupp said.

The 17th hole at RCC caused trouble as Hogan and Lauren Cupp were over-par. Not so much for Wes Cupp, though he did call the hole’s green “diabolical.”

“That’s a signature green that is difficult,” he said. “I happened to hit my best iron of the day to 2-and-a-half-feet. That was my lone birdie of the weekend. By hitting that well-timed iron shot, I didn’t have to navigate the green like others did. That was helpful.”

Gary Sobczak, of Indiana, was the lone participant in the senior open and finished with a 318:03 total.

The Cupps are planning to go to Ireland for the Speedgolf Irish Open in early September.

Hogan said he is excited to have people visit his home country.

“To play some people outside of the country will be really fun,” Lauren Cupp said.