Crunch time: Utica aims to bounce back against Syracuse

The Utica Comets are trying to find the right formula against their closest geographical rival.

Crunch time: Utica aims to bounce back against Syracuse 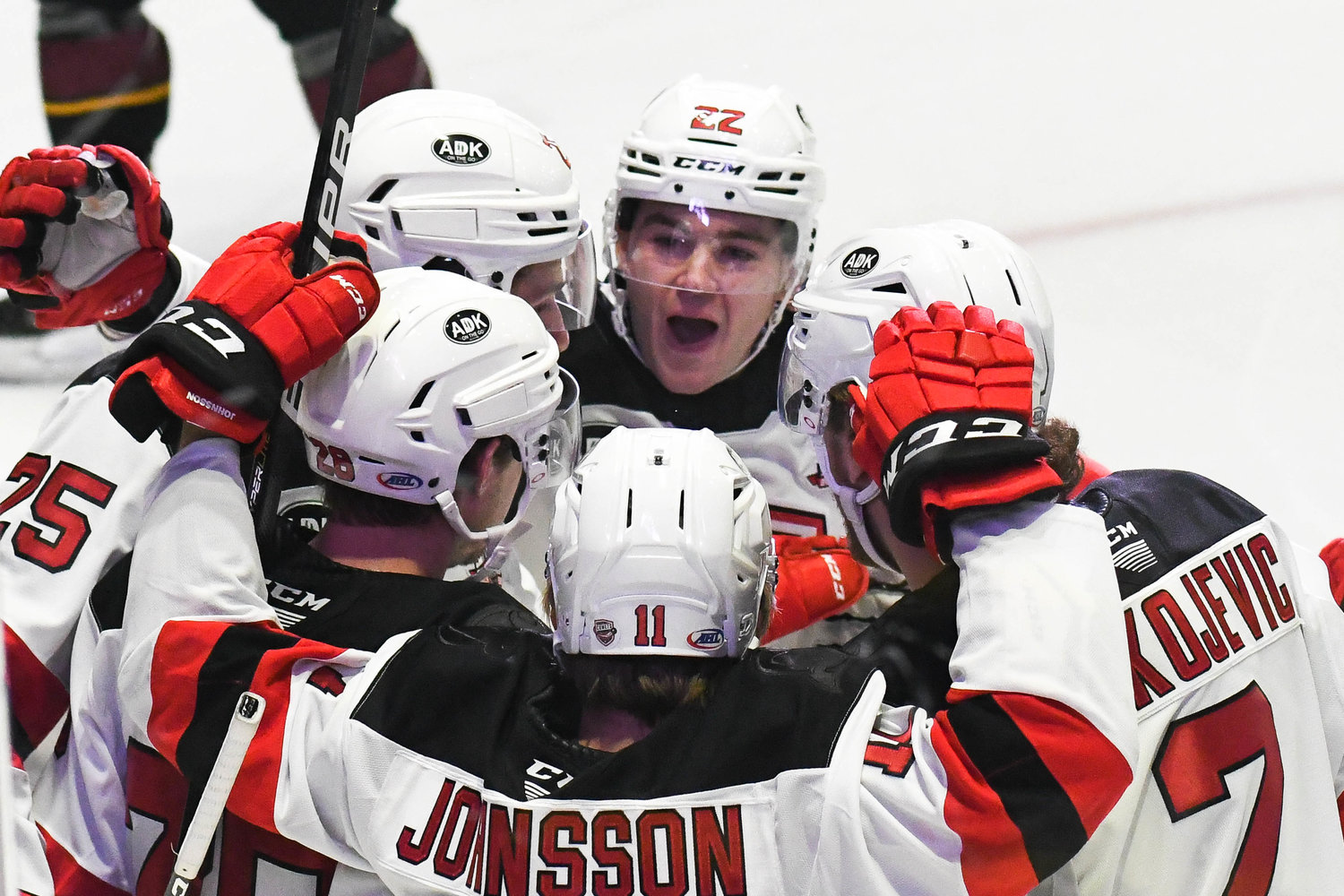 The Utica Comets have won their last six games at home entering Friday’s meeting against Syracuse. It is the first the time the Comets and Crunch have met in Utica during the 2022-23 regular season.
(Sentinel file photo)
Posted Thursday, January 19, 2023 7:00 pm
Ben Birnell
Sports writer
email / twitter

UTICA — The Utica Comets are trying to find the right formula against their closest geographical rival.

The Comets have a few more chances as the American Hockey League team is set to get a visit from the Syracuse Crunch at 7 p.m. Friday. It is the second of three consecutive games between the teams.

“They’ve had our number this year,” Comets coach Kevin Dineen said Thursday. “I think there’s some areas of execution that we have to continue to work on. I like the idea that if things don’t work out for you, you get to go right back against the same squad. It is something the players are very aware of. We’re looking forward to seeing them for the first time at home.”

The North Division rivals are in the middle of a schedule quirk with five total meetings in seven games over about two weeks. The teams – set for 14 total meetings this season – are scheduled to play Saturday in Syracuse. Other meetings follow Friday, Jan. 27 in Syracuse and Wednesday, Feb. 1 in Utica.

“They’ve got a good group over there, obviously,” alternate captain and forward Joe Gambardella said Thursday. “For us, it’s just not showing up for the full 60 (minutes). We’ve seen spurts where we’re playing our game against them and it has shown success for us. But, we haven’t done well consistently for 60 minutes. What’s nice here is that it is never too early to start thinking about playoff hockey … It is going to be a battle for sure.”

The series – which includes two meetings in the final three regular-season games – could play a key role for playoff positioning in the seven-team North Division.

“We’re just looking to bounce back (against Syracuse) and get points,” said Gambardella, who noted the team started to find its game just before Christmas. “We’ve been on a nice little stretch here.”

The Comets have an 11-2-2-0 mark over the last month that pushed them up the standings as they’ve reached the mathematical midway point of the schedule. Entering Friday, Utica (19-11-5-1 overall) remains in second place in the North. The team’s 44 points are five more than fourth-place Syracuse (16-13-2-3). Though, Utica has played one more game than Syracuse, which edged Wilkes-Barre/Scranton on Wednesday.

Utica carries a six-game home winning streak into Friday. Utica is 10-4-2-1 at home with 23 points, which are tied for second-most in the Eastern Conference.

It is expected to be a packed crowd at Utica’s downtown arena, which has an announced capacity of 3,197 for Comets games. The team said it was selling standing room-only tickets for $10 on Thursday.

“I just think it is a tough building for players to come into,” Dineen said. “It is great atmosphere and we’re certainly looking to take advantage of that.”

The Comets got some help Thursday evening as Nolan Foote was assigned back to Utica, the parent New Jersey Devils announced after 5 p.m.

Foote had a short stint with the NHL club after being recalled Jan. 10. He returns to make room on the 23-man roster after the Devils activated forward Nathan Bastian from injured reserve.

Foote has been a top forward for Utica this season with 13 goals and 18 points in 33 games.

Forward Tyce Thompson (upper body) didn’t practice Thursday after missing Monday’s game. Thompson, who has played a top-six role and been part of special teams this season, appeared to be injured following a fight with six seconds remaining Saturday at Bridgeport.

Dineen deemed him “questionable” for the weekend and said it is “not long-term” regarding his absence. He’ll need to get in at least a practice before a return, Dineen said.

Defenseman Michael Vukojevich (foot), who missed Monday’s game after blocking a shot Saturday, appeared to be a full participant Thursday.