Cree Inc. may start building its silicon carbide wafer fabrication facility in Marcy as soon as early this month, but operations will still be two years away and will grow gradually, according to the …

Cree Inc. may start building its silicon carbide wafer fabrication facility in Marcy as soon as early this month, but operations will still be two years away and will grow gradually, according to the company.

CEO Gregg Lowe told financial analysts in a conference call on its quarterly report last week that plans for the facility near SUNY Polytechnic Institute’s Marcy campus are moving quickly.

“We’re going to be breaking ground I think in the next couple weeks, and that will ramp in 2022,” Lowe said, according to a recording of the Wednesday evening discussion on the company’s website.

The Durham, North Carolina-based company announced plans Sept. 23 to build a $1 billion factory for making wafers of silicon carbide used in the semiconductor industry and eventually hiring more than 600 people when it is fully operating, expected by 2024.

Lowe commented on the Marcy facility in response to an analyst asking if Cree is increasing its production capacity too quickly. Lowe said the company is comfortable with its pace of expansion in part because Cree plans to phase production at the Marcy fab to match demand, adding lines of semiconductor wafer fabrication as needed.

“We won’t fill the entire factory at one time,” he said.

Meanwhile, a contract was awarded Thursday to a company for final site preparation at the Cree location, known as the Marcy Nanocenter. Mohawk Valley Economic Development Growth Enterprises, or EDGE, awarded the site grading contract to JBS Dirt Inc. of Canastota. The grading will create a level site to be turned over to Cree to begin construction once their team is selected, according to EDGE.

MV EDGE, a not-for-profit organization that carries out many economic development functions for Oneida and Herkimer counties, is sub-leasing the site from a state entity known as Fort Schuyler Management Corp., the legal entity created by the state to facilitate nanotechnology commercialization. EDGE is then sub- sub-leasing to Cree in a 49-year deal.

“The site grading project is part of the ongoing infrastructure work that has been spearheaded by EDGE and our partners at Oneida County and we are excited to see the Cree Mohawk Valley Fab take another step closer to completion,” EDGE President Steven DiMeo said.

New York State will provide $500 million in performance-based, capital grants from Empire State Development to reimburse a portion of Cree’s costs of fitting out the new facility and acquiring and installing machinery and equipment, as well as $1 million in Excelsior Jobs tax credits. Cree is also entering a property-tax abatement deal with local taxing authorities in which it would pay up to $70 million on a site now not taxed because it is state-owned.

In its first batch of financial statements for the investment community since the Marcy announcement, Cree on Wednesday reported 11 percent decrease in revenue for its first fiscal 2020 quarter over first quarter 2019.

Revenue for the quarter that ended Tuesday was $242.8 million, down from $274.2 million in the corresponding quarter a year earlier. Cree blamed the loss, which was expected, on costs related to expanding its capacity both in Marcy and at its North Carolina headquarters campus, to stock-based compensation costs and to costs related to previous expansion and acquisition financing.

Revenue was down 22 percent in its lighting division, which it is de-emphasizing in favor of its Wolfspeed brand silicon carbide semiconductor line of business, which recorded a slight increase in revenue over the corresponding 2018 period.

Lowe said Cree is also dealing with uncertainty in U.S.-China trade relations and American sanctions against the Chinese company Huawei, which is a major builder of that country’s next generation cellular network but suspected by the U.S. government of facilitating security breaches. Telecommunications is one end use of Cree’s wafers of silicon carbide, and Huawei has been slowed in its build-out of so-called 5G networks in China, weakening near-term semiconductor demand.

Another industry sector, electric vehicles, however, is poised for strong long-term growth, Lowe told the analysts. Cree touts its silicon carbide wafers, which are made into computer chips with microscopic circuits, as more efficient and durable than older-technology silicon wafers, and thus ideal for power control as makers of electric vehicles strive to design longer-range or cheaper electric cars and trucks.

“I think the adoption in Europe on electric vehicles is probably going to be relatively fast because the math is — you kind of can’t get there from here unless you have a sizable increase in the electric vehicle production and sales.”

While short-term financial results may not appear strong, Cree is focused on building for long-term growth, Lowe told the financial analysts.

“With the arrangement that we’ve made with New York and with the Mohawk Valley team in terms of the incentives associated with that fab, we feel very very comfortable putting that thing in place. It’s going to be a great option for us.” 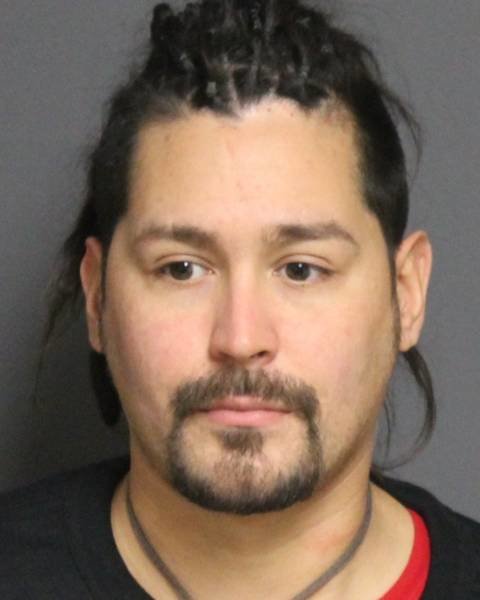 A 32-year-old man is facing multiple charges following a domestic dispute in Remsen on Saturday.