Cree Inc., the company building a 600-worker semiconductor factory in Marcy, is spending $3.5 million to establish a scholarship program and to endow two faculty positions at SUNY Polytechnic … 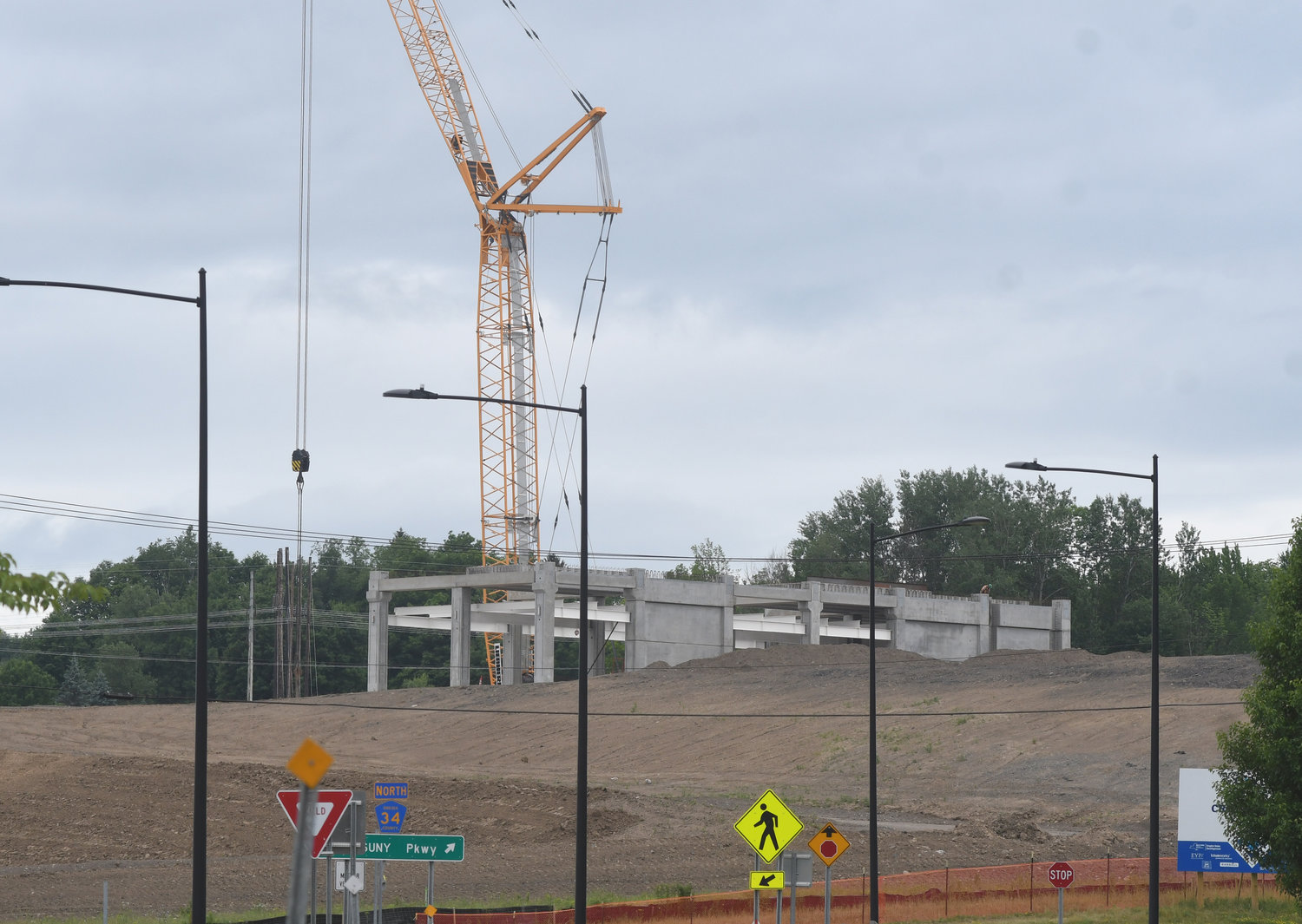 CRANE AND BRAINS — A construction crane towers over concrete components in place at the site of the Cree Inc. semiconductor fabrication facility under construction next to the Utica campus of SUNY Polytechnic Institute in Marcy. The North Carolina-based company announced this week it is spending $3.5 million to support student scholarships and two professor positions at SUNY Poly for science, technology, engineering and math studies and research. Cree expects to begin work at the facility in April and have more than 600 employees at the site by the end of the decade. Cree is receiving state aid for the factory worth an estimated $500 million, in addition to infrastructure spending by Oneida County.
(Sentinel photo by John Clifford)
Posted Thursday, July 2, 2020 4:00 pm

Cree Inc., the company building a 600-worker semiconductor factory in Marcy, is spending $3.5 million to establish a scholarship program and to endow two faculty positions at SUNY Polytechnic Institute to help expand science, technology, engineering and mathematics opportunities for students at the colleges, the company announced.

Cree plans a $2 million scholarship program over 10 years to help students from historically underserved or marginalized communities and those with significant financial need.

It will provide $1.5 million over five years beginning in August to endow two faculty chairs in honor of two company founders, John Edmond and John Palmour. Edmond and Palmour were part of the team that founded Cree in 1987 on silicon carbide research at North Carolina State University.

Cree has begun providing internships for students, and eight SUNY Poly students are interning with the company now. Cree also donated $25,000 to the SUNY Poly Foundation in November.

The billion-dollar silicon carbide fabrication facility is being built with significant state and local incentives. New York State is providing $500 million in performance-based, capital grants from Empire State Development to reimburse a portion of Cree’s costs of fitting out the new facility and acquiring and installing machinery and equipment, as well as $1 million in Excelsior Jobs tax credits. Oneida County is rebuilding the main access road as well, and all local taxing jurisdictions have entered a package in which Cree makes payments in lieu of property taxes over the life of its long-term lease of the underlying land.

“One of the core beliefs we hold at Cree is that every individual should have the opportunity to excel, and equitable access to education is at the foundation of that belief,” Cree CEO Gregg Lowe said in a company statement.

“Establishing this education program is another important step in our broader effort to have a substantial positive impact in the local communities where we live and work,” the company CEO added.