CLINTON — Genius Hour/Creative Freedom Friday, a program spearheaded in the fall that encourages students to develop their own ideas and learn to interact with peers and adults at Clinton Middle …

CLINTON — Genius Hour/Creative Freedom Friday, a program spearheaded in the fall that encourages students to develop their own ideas and learn to interact with peers and adults at Clinton Middle School, was highlighted at the April 23 Board of Education meeting.

Seventh grade science teacher John King explained that on most Fridays, students get away from their usual routine by breaking away for 40 minutes to “create something on their own.” This “genius hour” was something worked on by teachers and administrators last summer and facilitated in the fall. During the months of September and October, students came up with ideas for projects and have been working throughout the school year bringing those ideas to fruition, King said.

This year students have been meeting in the faculty room to explore ideas “they want to do and are passionate about,” the teacher said.

Genius Hour “is a movement that allows students to explore their own passions and encourages creativity in the classroom,” King explained. “It provides students a choice in what they learn during a set period of time during school.”

The purpose of the program is: To allow kids to explore things they are interested in; allows kids to love learning for the sake of learning; students are at charge of learning the standards; differentiation is happening; and it encourages life-long learning.

Back in the fall, students had to “Find a Purpose” by choosing a topic to learn and deciding what they were going to create. King gave the example of one student creating a website/program based on the ideas of E-Harmony, but instead of matching people, her program would match prospective dog owners with the right breed or dog suitable for them — matching owner with dog.

Once they had an idea they wanted to create, students had to pitch their ideas to classmates, sharing what they would learn, why they chose it, how they will learn and what a successful outcome would look like.

Then there’s the research component of the project which includes learning online, watching videos, interviewing experts, talking with mentors and reading information on their topic of choice, King said. The processes involved the integration of all curriculum, including science, social studies, math, English, languages, and even music and the arts.

Projects “range from dogs to how do I cure this disease?,” King said. “We even have one called ‘Stinky Socks’” where the student “is making socks that don’t stink and always smell nice.”

As students are learning new things involving all the standard curriculum, they are also sharing with others their process of learning, said King. To ensure a well-rounded experience, students must also communicate what mistakes they’ve made along the way and what they learned from them, and the challenges they encountered, he said.

Students ultimately design solutions or build products based on what they’ve been learning. And toward the end of the school year, students will present and reflect on their projects and the process, much like amateur entrepreneurs present their innovations to a group of potential investors on the television show Shark Tank.

For example, “Some kids want to change the school lunches, so I asked them, ‘How are you going to do this?’ At first they figured they’d make the food on their own at home and bring it in,” said King. “But we encouraged them to ask themselves, ‘Who can I contact — whether it be BOCES, Dr. Carney or Dr. Grimm? How can I go about doing this (getting this done)?’” This incorporates “several skills and they learn how to communicate their intent with other kids and adults.”

King discussed three “pieces” of the program outline that lead to student “ownership”: mastery, autonomy (think and create on their own) and purpose.

“We’re excited about what we’re seeing, and we want to see this program move forward,” King said. “We got a ($2,000) grant and we’re starting with chairs so we can create a space we can call our ‘Think Tank.’”

He said the program “encouraged kids to find what they’re passionate about, and it spurred them to think outside the box, which is something we all should do.”

Board of Education Vice-president Timothy Thomas said the program can present opportunities for students to connect with entrepreneurs, organizations and mentors within the community, which may also become a means of garnering supportive funding.

• Board of Education President Mary Lou Lauchert will be presented with the Oneida-Madison-Herkimer School Boards Association Distinguished Service Award on May 9. The OMH SBI consists of 33 school districts and three BOCES. Lauchert is serving her ninth year (third term) as a member of the Clinton Board of Education, and has served as president for the last six years.

• Elementary Principal Ellen Leuthauser highlighted her pupils’ participation in the Olympics of the Visual Arts program held in Saratoga Springs earlier in the month. Twenty-six students from the elementary school participated with the graphic design group placing third and the fashion design group placing first with a perfect score.

Also this month was the school’s Brain Show, which included lights and consoles similar to what may be seen on an actual television trivia game show.

Construction also continues with the ceiling of a portion of the school removed during spring break.

Kirkland Town Library Executive Director Anne Debraggio gave student recognition for the library’s Poetry Path contest/project held in conjunction with April being National Poetry Month. Alicyn Calcara’s poem, “Memories,” will be included on the Poetry Path and be located near the theater doors. Mistee Eldevik-LaCotera’s poem, “Rivers of Gold,” won honorable mention. The project entails poems by local writers/poets being found in spots throughout the community. Two professors from Hamilton College served as judges. There were more than 280 submissions from students for the project, Debraggio said.

English teacher Sarah Gaetano said other student poetry was submitted for the Old Forge Library Poetry and Illustration Exhibit. The winner was Olivia Peto, with honorable mentions going to Alexandra Abrams, Chris Brady and Aidan Evans. Some of the student winners read their works at the board meeting.

Parent University: Fifth and Sixth Grade Parent Orientation, will be held at 7 p.m. Monday, May 20 at the middle school. All parents and guardians are encouraged to attend.

• At the high school, Dr. Matthew Lee, principal, said 100 students toured the Natural History Museum in New York, took a cruise around the Statue of Liberty and met with an actor from the Broadway musical, “Frozen,” who also conducted a question-and-answer session and sang for students before they watched the musical on stage.

Students attended Freshman Career Exploration Day at Mohawk Valley Community College on April 25. They had the opportunity to meet with four professionals for 20-minute segments and learn about their careers.

Jessica Ritz and Kimberly Rivera participated in the Air Force Research Laboratories Competition over spring break in Rome. They were assigned a mission they needed to solve that involved locating an individual by monitoring and filtering traffic through routers to obtain an IP address; filtering electronic mail through the creation of a firewall; piloting a drone to observe movements of the individual; and taking over an enemy drone so it didn’t shoot their drone down and fly it away from the area. Students worked with engineers to learn essential skills and applied those skills to their projects with guidance from engineers. Ritz and Rivera won first place in the competition, earning a three-week paid internship.

Joseph’s Experience Charity Basketball: Clinton Central School faculty beat the Local Celebrities team at the basketball fund-raiser. All proceeds raised from the event went to those affected by cancer and leukemia in their area to support their medical expenses, Lee said.

• Proposed Budget: Dr. Stephen L. Grimm, superintendent, said Board of Education members would vote to approve the proposed 2019-20 school spending plan of $29,237,218, which is an increase of $1.3 million compared to the current 2018-19 budget, or 4.81 percent. The proposed tax levy, or amount to be raised by taxes, would increase by $343,739, or 2.24 percent. Grimm said the increase is largely due to the current capital project, although no money is coming in for that project and no new tax dollars are being applied toward it. Revenues from the district’s reserve funds and state aid are paying for the project.

According to the district’s Property Tax Report Card, there would be a 1.91 percent tax levy, or $327,784, for Kirkland Town Library, although that is a separate proposition not included with the school budget vote. Board members discussed a separate mailing by the library to inform local residents of the proposition. They also mentioned the need for “narrative” in the district’s budget bulletin that the library funding vote is separate from the school budget vote. Bulletins will be mailed out to community members on May 10.

The Board of Education voted unanimously to accept the $29.2 million proposed 2019-20 school spending plan that will be presented to voters on May 21. 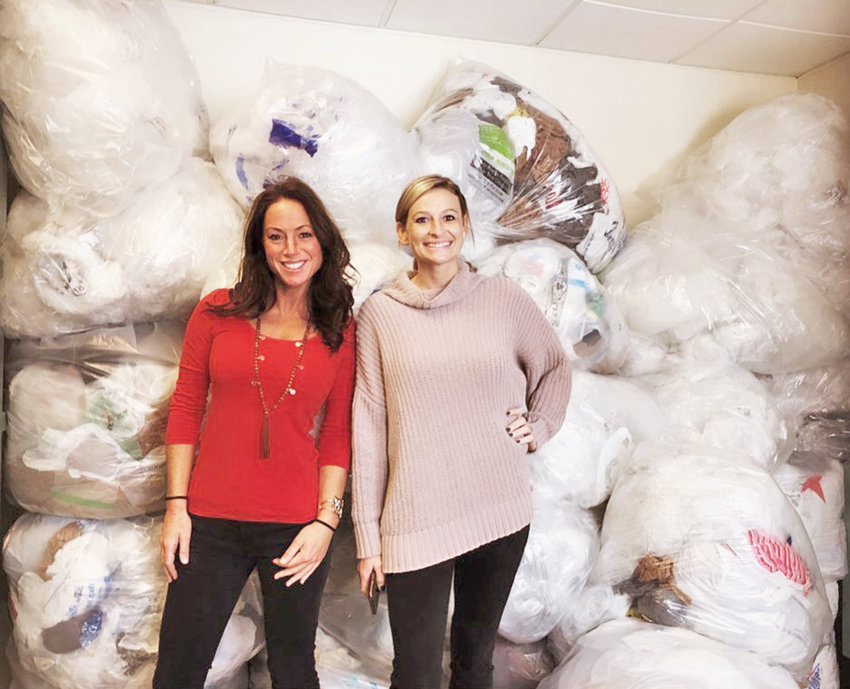