CRC Raceway & Hobby on Martin Street in Rome was damaged by a fire Wednesday night and is temporarily closed, according to the Rome Fire Department. 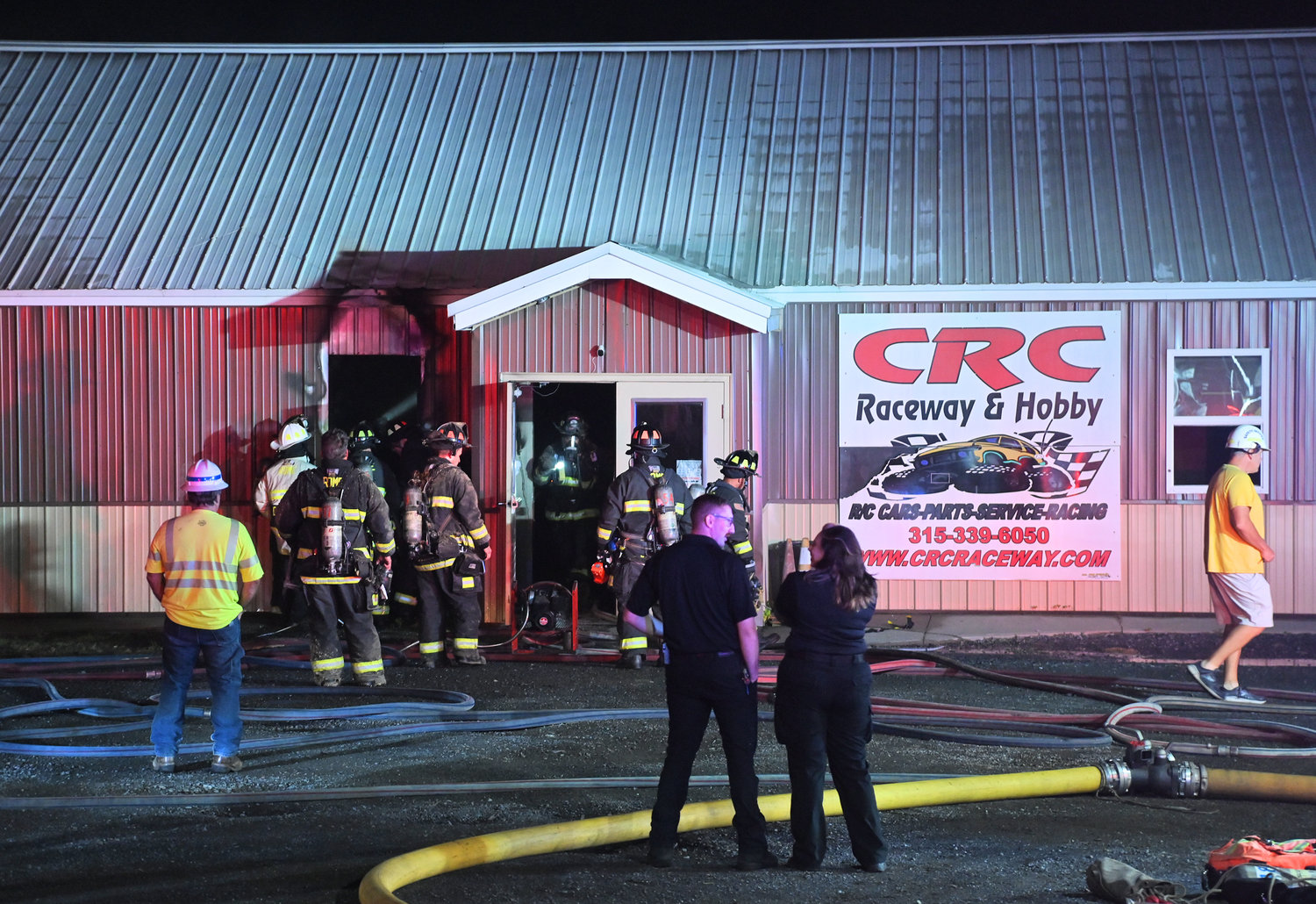 Rome firefighters knock down a fire at CRC Raceway & Hobby on Martin Street Wednesday night. The cause of the fire remains under investigation. Company officials said racing will be temporarily suspended until they can reopen.
(Sentinel photo by John Clifford) 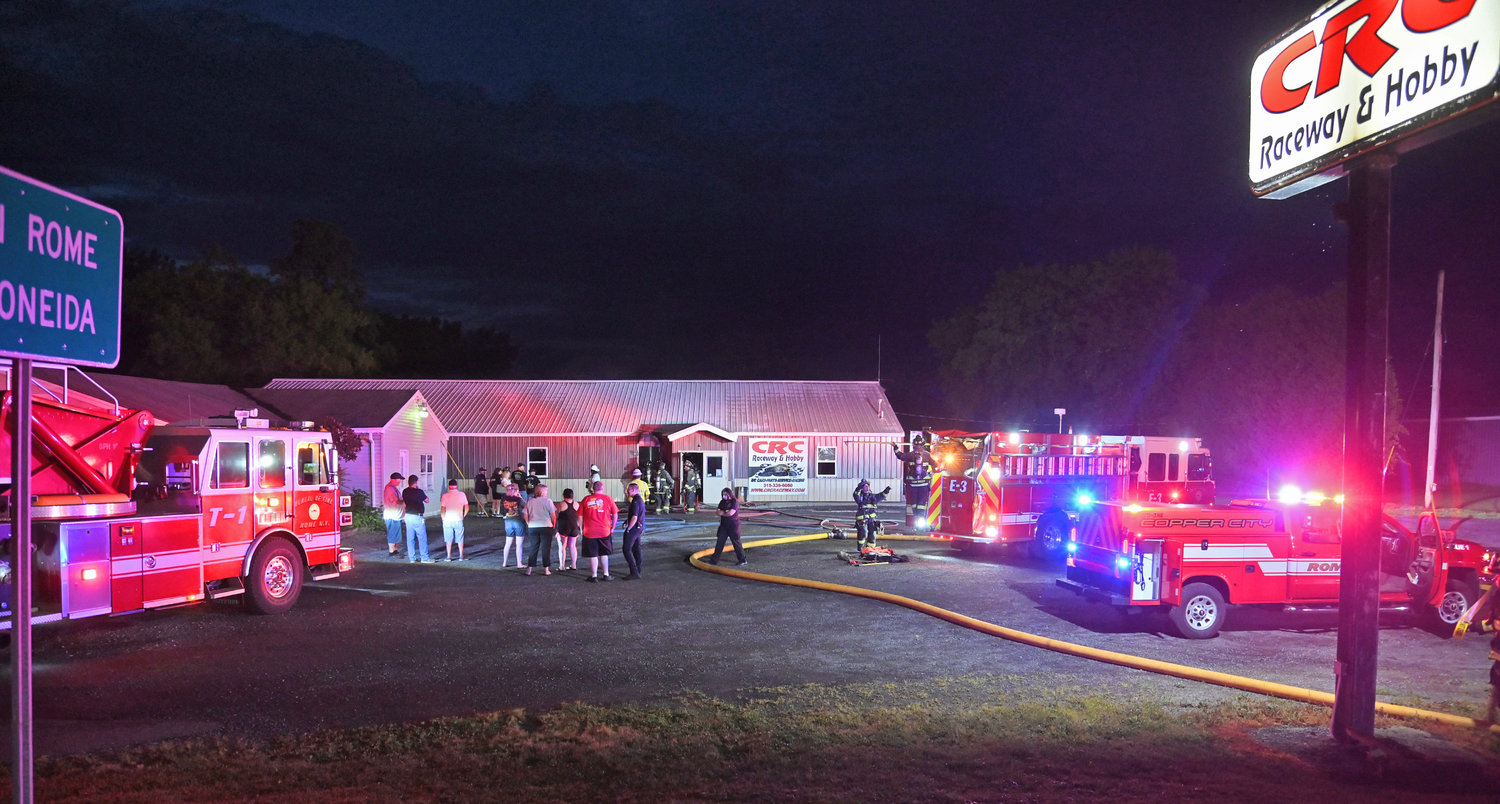 ROME — CRC Raceway & Hobby on Martin Street in Rome was damaged by a fire Wednesday night and is temporarily closed, according to the Rome Fire Department.

No one was injured, fire officials said.

Rome Deputy Fire Chief Scott M. Burch said the alarm was raised shortly before 9 p.m., after the workers had left for the evening. First-responders to the scene reported smoke and flames visible on the roof and at the front of the building at 6785 Martin St.

CRC Raceway & Hobby is a shop for remote-controlled vehicles, complete with a racing track and ongoing competitions.

“The fire was confined to the front of the building,” Deputy Chief Burch explained.

He said firefighters launched an aggressive interior attack and “It was a good knockdown.”

“We ripped some of the ceiling down to make sure there was no spread,” Burch noted.

The fire was knocked down in a matter of minutes. Burch said the fire damage was contained to the front of the building, with smoke damage throughout. He said the building is not a total loss.

The cause of the fire remains under investigation, the chief stated. According to the CRC Raceway Facebook page, the business will be temporarily closed.

“No one was hurt. Unfortunately we do have to close temporarily as things have to be done in a certain order for us to reopen,” the business posted online.

“So for now, racing is temporarily suspended. Please spread the word to your fellow racers. The outpouring of support we have received already is very much appreciated.”