The Supreme Court of the State of New York, Appellate Division, Fourth Judicial Department, has voted that the Oneida County Industrial Development Agency can not take the property at 411 Columbia St. 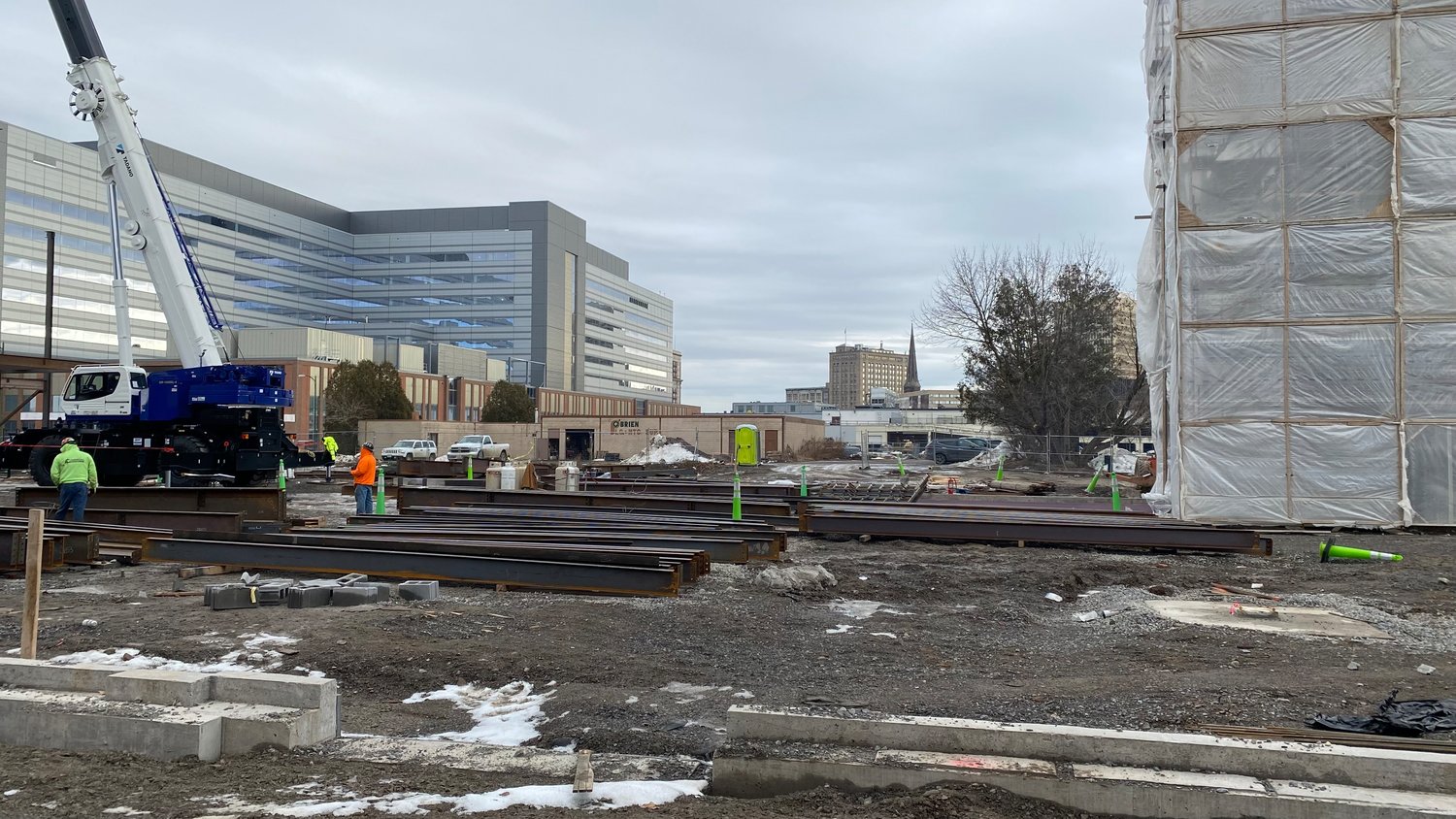 UTICA — The Supreme Court of the State of New York, Appellate Division, Fourth Judicial Department, has voted that the Oneida County Industrial Development Agency can not take the property at 411 Columbia St. by eminent domain, allowing Bowers Development to move forward with its plans to build a medical office building.

The CUB project is led by local physicians and both CNY Cardiology and MVHS will occupy the building, with additional space available for other occupants.

The services that MVHS will offer at the CUB office include radiology, a lab service center and an employee pharmacy. MVHS physician practices — like advanced endoscopy, the stroke and neuro-endovascular program, and general and cardiothoracic surgery — which require access to the Wynn Hospital, will be offered in the medical office building.

At an August 2021 meeting, the OCIDA voted to explore the legality and what materials would be needed to move forward with condemning and acquiring 411 Columbia St. under eminent domain.

A public hearing was held Feb. 23, 2022, where representatives from Bowers, the Central Utica Building and MVHS spoke.

Bowers had a contract to purchase 411 Columbia St. to build a medical office building with more square footage than the Central Utica Building.

At the hearing, Patrick Donnelly, a lawyer with Brown Duke & Fogel, which represents Bowers, said that Bowers plans to work with the current tenants, JP O’Brien Plumbing and Heating, to transition the business to a new property.

At the hearing, a local physician and member of CUB LLC, said that if CUB does not acquire the 411 Columbia St. property to create the parking lot, it is not feasible to construct the medical office building and ambulatory service center.

At an April meeting, OCIDA voted to move forward with the process of acquiring the property under eminent domain.

The State Supreme Court ruled 4–1 in Bowers’ favor. Bowers Development and Rome Plumbing and Heating Supply Co. were the petitioners, while OCIDA and CUB were the respondents.

In its decision, the court found that the OCIDA has the power to use eminent domain to acquire properties that are necessary for corporate purposes, and not projects that are related to healthcare or hospital services. The court cited that the primary purpose of their acquisition was not for a commercial purpose and that the property was planned to be acquired because it was a component of the hospital and healthcare facility project, deeming the property ineligible to be acquired by eminent domain.

“We were extremely pleased with the decision to nullify the Oneida County Industrial Development Agency’s (OCIDA) action to take the 411 Columbia Street property by eminent domain,” Officials with Bowers Development said in a statement after the Supreme Court’s verdict. “It has always been our contention that taking private property from one developer to give to another developer was highly unethical and OCIDA did not have the authority to perform such an action. The New York State Supreme Court clearly agreed with our position.”

Mohawk Valley Health System declined to provide any comments regarding the court’s decision.

“At this time, we are excited to move forward with our proposed medical office building plans and continue to remain optimistic that we will be able to meet with MVHS to engage in collaborative discussions relative to enhancing the development of the downtown area surrounding the new Wynn Hospital,” Bowers Development officials added.

Oneida County Industrial Development Agency has stated that they plan to appeal the court’s decision.