Oneida County has reached a new, 4-year collective bargaining agreement with the union that represents corrections officers and court employees ... 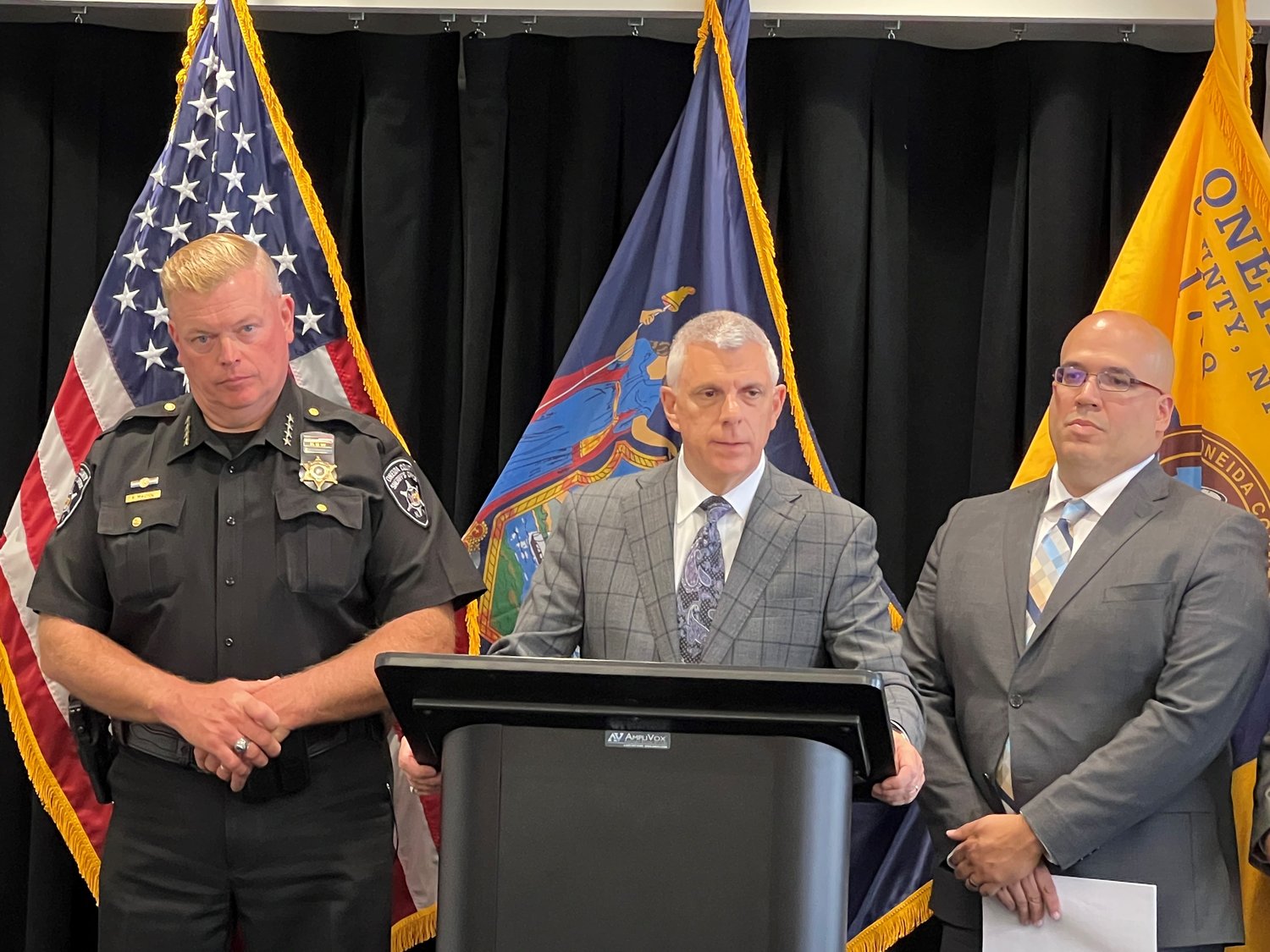 The new contract includes an increase in pay for all staff, with further increases over the next four years, authorities said. The Oneida County Sheriff’s Department Employees Local 1249, Council 82 represents corrections officers, court security officers, court attendants and civilian clerical staff. They approved the new agreement by a 106 to 4 vote.

“I am happy that we could come to an agreement that is advantageous to both our employees and our county taxpayers,” Picente said in a release.

“I believe that this contract is fair to all sides involved. It gives our valued employees better compensation and benefits for the important role they play in this community and it provides Sheriff (Robert M.) Maciol with what he needs to manage them to the best of his ability. All the while, it keeps Oneida County competitive in recruiting and retaining these positions. I would like to thank both negotiation teams for their hard work and tireless effort to bring this matter to conclusion.”

In the new agreement, salary for corrections officers increases after training from $43,609 to $48,922.

The new contract will also see Juneteeth added as a paid holiday, after it was declared a federal holiday in 2021.

“This is a fair and responsible agreement that is in the best interest of everyone concerned — the County, the Sheriff’s Office, the taxpayers and our members — and the vote reflected that fact,” said Luis Roman, president of Local 1249.

“It addresses the significant employee recruitment and retention issues, and it demonstrates the very strong support and commitment of County Executive Picente and Sheriff Maciol to the county’s corrections and court employees and their mission. Without them, this good contract would not have been possible.”

The contract is retroactive to the start of this year and will run through the end of 2025. Negotiations on the new contract began in March. The Oneida County Board of Legislators approved the contract unanimously on Wednesday.

Highlights of the agreement:

Shift differential — Increased by 15 cents per hour on A & C lines.

Retirement — The cash value of accrued and unused sick days in excess of 165 days can be applied to the qualifying employee’s medical insurance premium payment upon reaching retirement age.