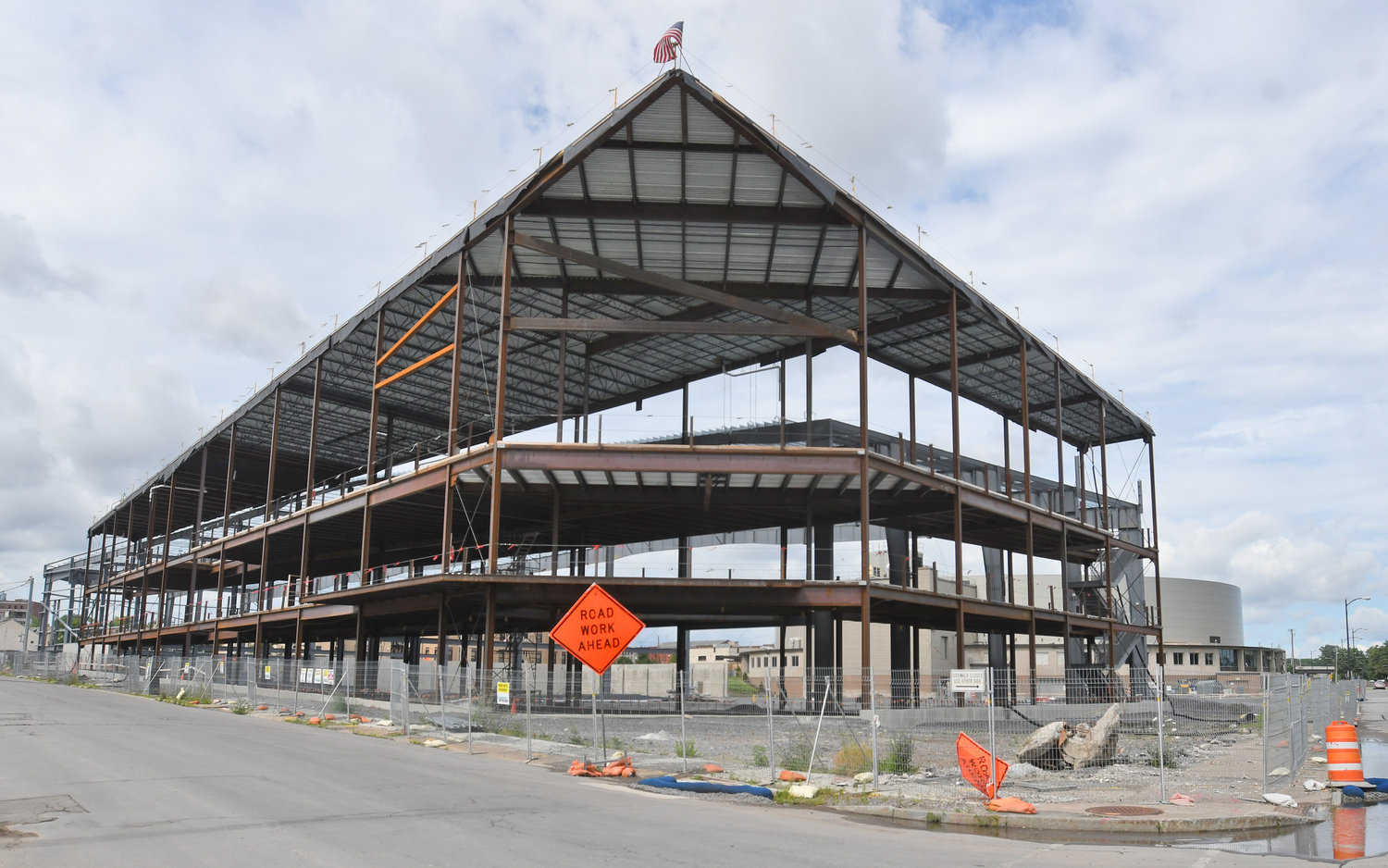 MOVING FORWARD — While construction remains paused on the tournament-sports complex known as the Nexus Center on Oriskany Street in Utica, work on the 170,000-square foot, $40 million building that is to have venues for sports tournaments, including hockey, indoor soccer and lacrosse, received a boost on Wednesday with passage of a resolution by the Oneida County Board of Legislators.
(Sentinel file photo by John Clifford)
Posted Friday, March 12, 2021 4:00 pm
Jolene Cleaver
Staff writer
email

The Oneida County Board of Legislators passed a late arriving resolution at its Wednesday meeting that will pave the way for Utica’s Nexus Center construction to get back on track.

In remarks made during a late January regional economic forum hosted by The Genesis Group and the Chamber Alliance of the Mohawk Valley Oneida, Oneida County Executive Anthony J. Picente Jr. said work was being done to restart stalled work on the indoor complex designed to host hockey, soccer and related tournaments.

It would anchor the area as a developing entertainment district in the city.

With COVID-19 gripping the world, work was halted after beginning in early 2020, as the pandemic impacted revenue streams for the work, that included uncertainty whether $22 million funding announced by New York state’s economic-development agency for it would be reimbursed while the state faced a revenue shortfall because of the pandemic.

To date, the county has advanced $11,775,277.53 in county money per the terms of the state grant agreement in place for the project.

Per the Wednesday resolution Picente is now authorized, “to review the evaluation of the Nexus Project … and determine the most efficient and economical means of assisting the (Upper Mohawk Valley Memorial Auditorium Authority - the parent entity of “The Aud”) in completing the Nexus Project ...at a total project cost not to exceed $63 million.”

A potential revenue source indicated in the resolution points to an increase in county bed tax from 2% to 5% in 2019.

The resolution also provides for a feasibility study to be conducted regarding the current state of the project, and it is hoped more information will be available by the next Board of Legislators meeting, Picente said.