UTICA — Oneida County is trying to find a silver lining in the cloud of the COVID-19 pandemic by using the rise in remote work in many occupations to lure back people who left the area for jobs. … 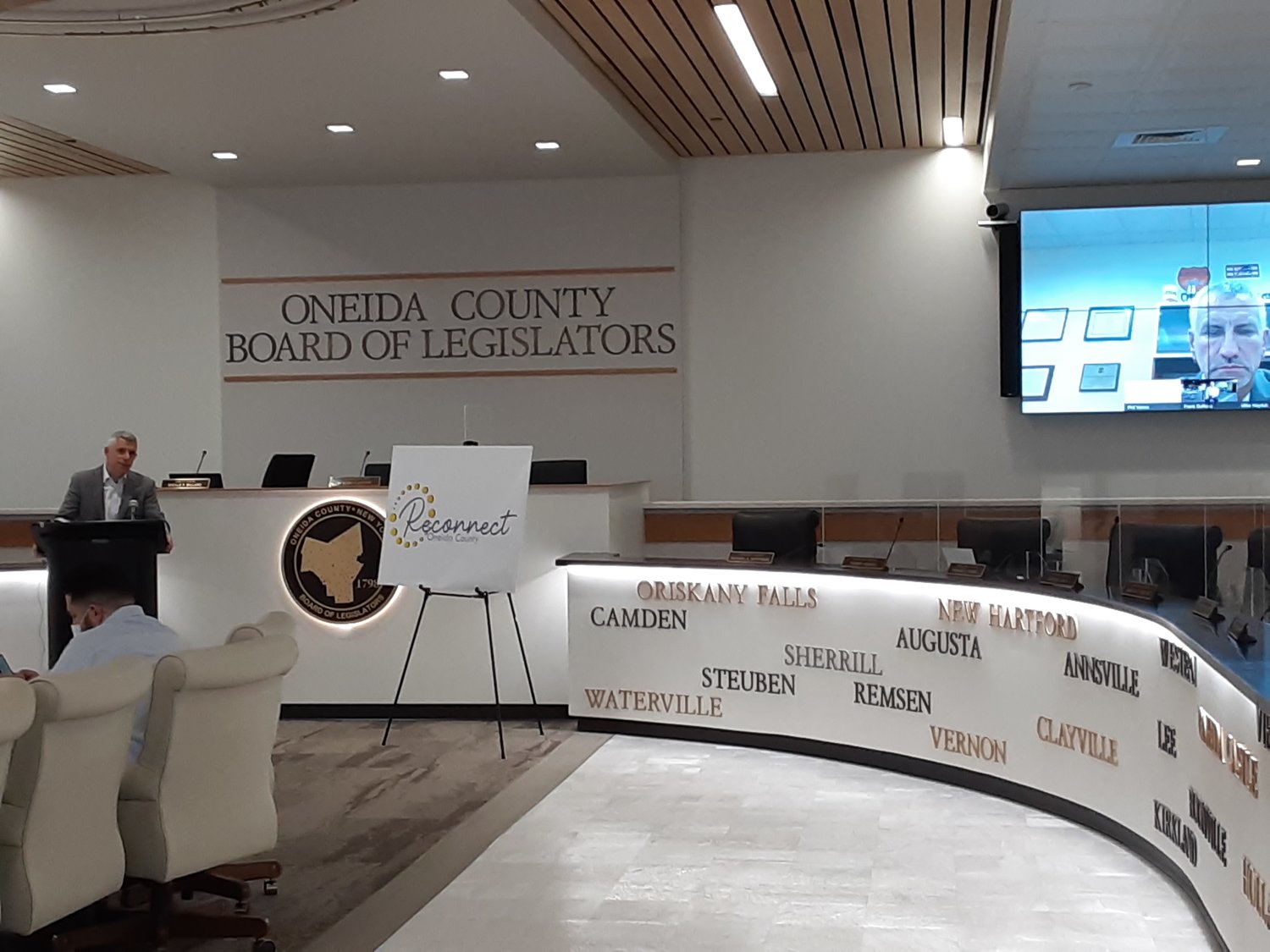 UTICA — Oneida County is trying to find a silver lining in the cloud of the COVID-19 pandemic by using the rise in remote work in many occupations to lure back people who left the area for jobs.

Reconnect Oneida County is the name County Executive Anthony Picente Jr. gave the initiative he announced Monday. The first wave is luring back people born and raised in and near Oneida County to consider returning home for the region’s low cost of living, outdoor recreation, family and hometown friends, and growing cultural amenities now that remote working is more commonplace and easier than ever.

The plan is to work through social media touting the idea. In addition, the county is recruiting a corps of local “hometown ambassadors” to connect with potential applicants.
Picente was joined by Michael Hayduk, deputy director of the Air Force Research Laboratory Information Directorate, more commonly known as the Rome Lab, a U.S. Air Force unit based in Rome at the Griffiss Business and Technology Park.

With some 1,500 employees, including 150 hired on in the past three years, it is one of Oneida County’s largest employers, and works on projects involving defense cybersecurity, unmanned aircraft security, and quantum computing. The lab also provides work for many contractors, both on-site and nearby and remotely.

Picente said the area has been losing young people to New York City, Philadelphia, the Carolinas, Silicon Valley and other western states.

“Now the opportunity for them to come home, to the place they know best,”Picente said.

In addition to traditional single-family homes, recently added or expanded options include apartments near the AFRL operation and related employers in Rome, Picente said, an allusion to combined-use commercial-residential project by Bonacio Construction, and lofts in downtown Utica near Union Station and amenities such as craft breweries.

In addition, the county has improved its infrastructure to help remote workers and entrepreneurs, including MVCC’s thincubator business accelerator in downtown Utica, with co-working space and mentoring and business-development programming.

There’s also the new Innovare Advancement Center in a former Air Force hangar at Griffiss. Led by the Rome Lab, it has 150,000 square feet with two quantum computing labs, neuromorphic and nanoelectronics labs, training and conference space, and is at the Northeast UAS Airspace Integration Research facility, one of only seven federally designated sites for drone testing, research and validation in the country.

And a technology and intellectual community is growing, Picente said, citing the Masonic Medical Research Institute in Utica, companies at Griffiss related and unrelated to AFRL, Danfoss Silicon Power in Marcy, and the arrival of semiconductor maker Cree Inc. and its 614 planned jobs by decade’s end, as well as SUNY Polytechnic Institute’s Utica campus.

“This region for many potential workers is not the region they left,” Picente said.

Human resources consulting firm Mercer found in a survey reported by U.S. News and World Report that one in third of companies surveyed expect to have half or more of their employees working remotely after the pandemic, compared to 1 in 30 before.