In Oneida County, first responders are getting a major boost in wireless communications with the FirstNet network expansion that is underway. 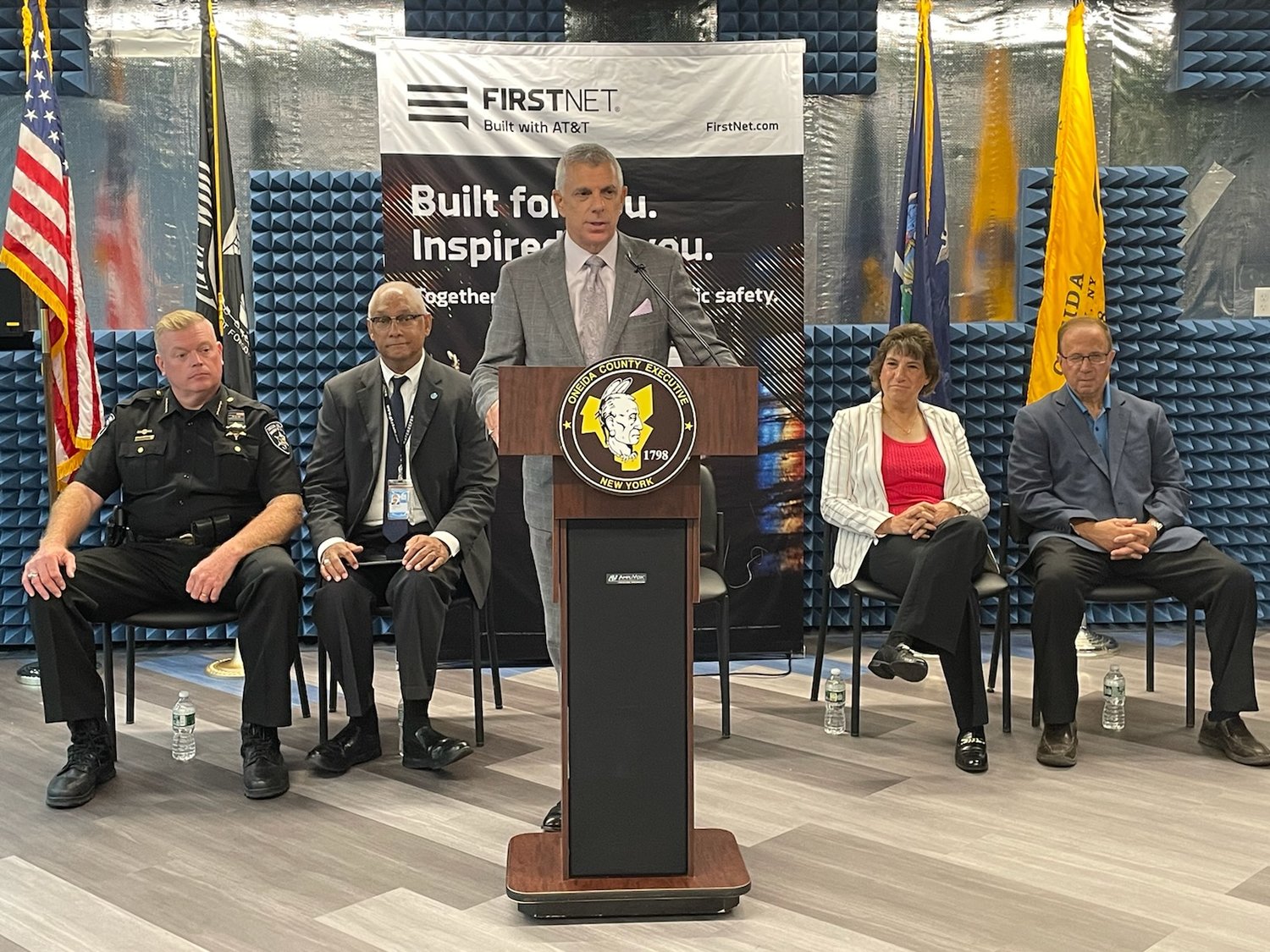 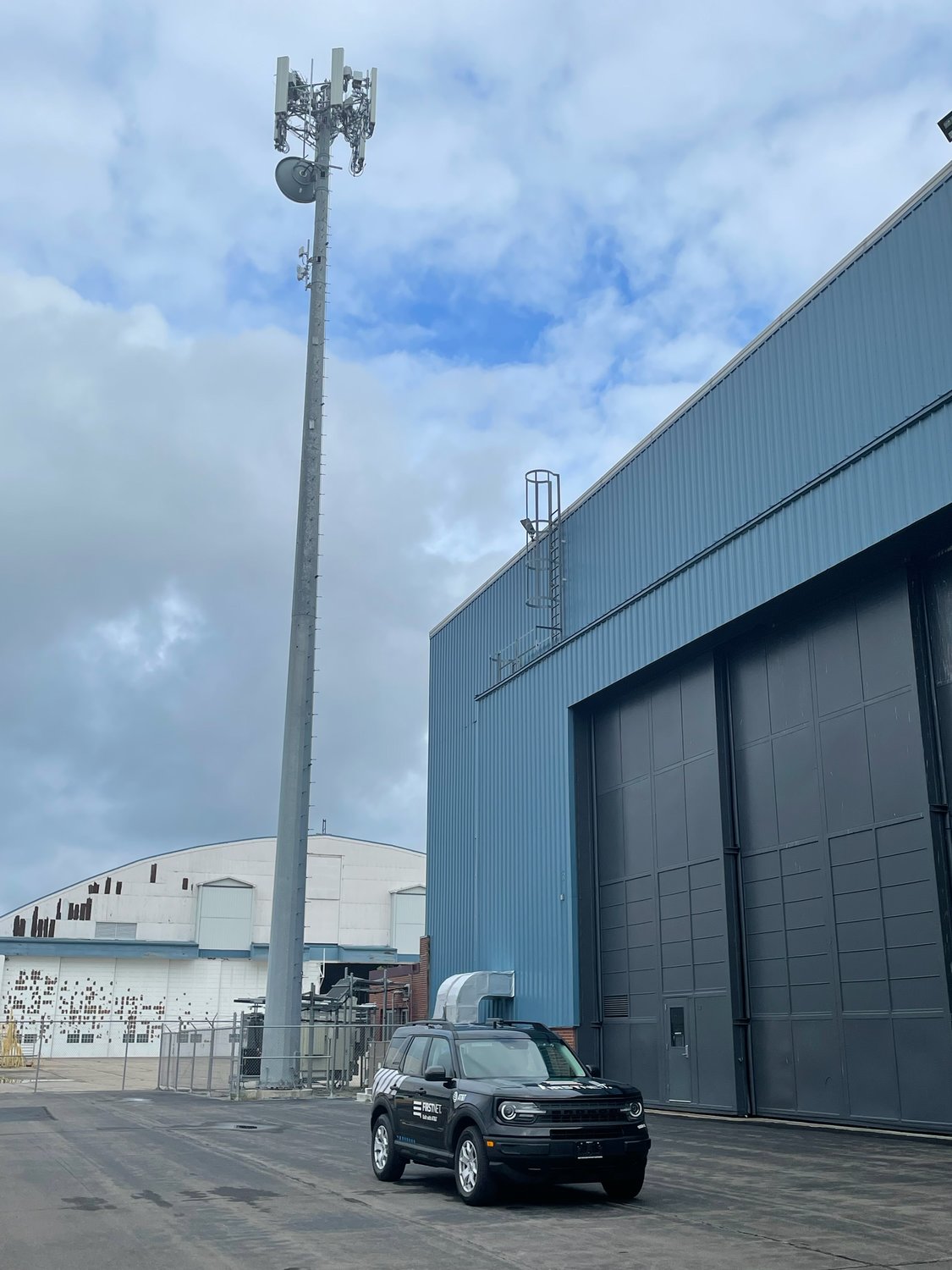 Through a public/private partnership with AT&T that’s been in place since 2016, first responders are getting a major boost in wireless communications with the FirstNet network expansion that is underway, including a new tower built outside the Innovare Advancement Center at Griffiss International Airport on Hangar Road.

New, purpose-built cell sites have been and continue to be built throughout Oneida County, as well as its neighbors, most recently with the Rome site, and another by Hinckley Reservoir on the Herkimer County border. These new sites are giving first responders on FirstNet — the nation’s public safety network — access to 24-hour “always on” priority and preemption across voice and data communications.

“We’re keeping this community safer every day,” said Picente during Tuesday’s announcement. The county executive applauded Oneida County’s relationship with FirstNet, built with AT&T. FirstNet and opening the wireless channels to first responders to quickly and adequately respond to any emergency or large planned event has been a priority for the county since 9/11, he said.

“Our partnership with AT&T has provided our first responders with fast and reliable communication that makes all the difference in serving the public and saving lives,” Picente said. “We are also thankful for the immense investment they have made to improve the county’s mobile coverage and to bridge the digital divide for our residents.”

AT&T has added a significant number of new cell sites across Oneida County to enhance the region’s broadband coverage and help give residents and first responders faster, more reliable wireless service and broadband.

AT&T has built and launched more than 15 new sites in Oneida County since 2020, with more than five being FirstNet, purpose-built sites. Picente said the county is only second to Erie County in the entire state to have had the most new cell sites launched in the past two years.

Mayor Izzo announced that the city officially adopted FirstNet for all its municipal communications to help provide better services and public safety throughout its 72 square miles. Rome Police, Rome Fire and the city Department of Public Works, utilize FirstNet.

“AT&T’s FirstNet service has greatly enhanced our public safety response operations,” said Izzo. “With always-on priority, preemption and dedicated coverage, our first responders have access to a better, faster communications network that is essential in a time of crisis.”

She said, “AT&T’s push to talk service has become a vital part of our operations, especially when our first responders may be outside of traditional cell coverage areas or public safety radio tower signals have a difficult time transmitting a signal, especially in the outside district, or the signal is unable to penetrate through concrete block buildings, such as our Department of Defense (DoD) businesses here at Griffiss Park. This service provides a constant line of communication in an emergency situation, and we thank AT&T for making this investment in the City of Rome.”

The mayor said, especially in the city’s outer district, she hopes the expansion will soon lead to better internet service for city residents as well.

In his more than 34-years with AT&T, Greeley said his company’s commitment to build 100 new FirstNet sites — mostly in rural areas while some urban — was the largest network expansion of his career.

We’re “giving FirstNet and public safety responders access in times of crisis, and crowding for large planned events like the Boilermaker” roadrace, Greeley said. “We couldn’t do that during 9/11, but we can now.”

“I am pleased that AT&T has enhanced public safety in Rome and Oneida County by building out its emergency services communications system and will be investing in its wireless network in the region,” said Griffo. “This new infrastructure will improve connectivity, provide additional access to reliable wireless and broadband services, and will benefit area residents, visitors and business owners.”

Sheriff Maciol said the announcement of the FirstNet network expansion meant for “a great day in Oneida County.” He said technology has come a long way in assisting first responders, citing how FirstNet has greatly improved service in the county.

“One of my first years as sheriff, I attempted to make a call from the Woodsmen’s Field Days” in Boonville, “and I wasn’t able to, and a lot of other people wouldn’t be able to either,” said Maciol, adding that service has greatly improved during “crowding” situations. “But that changed. I was just there this past weekend and a gentleman was unable to make a call, but I was able to make the call for him with my phone — because of FirstNet. This is a great day and as time goes on, the technology will only get better.”

“New York’s and Oneida County’s first responders deserve reliable coverage across the state to help them effectively and efficiently address incidents. And with FirstNet, that’s exactly what they’re getting,” Kramer said. “We have a responsibility unlike any other network provider, and couldn’t be more pleased to support the public safety mission by bringing regional first responders — and residents — greater access to the connectivity they need.”