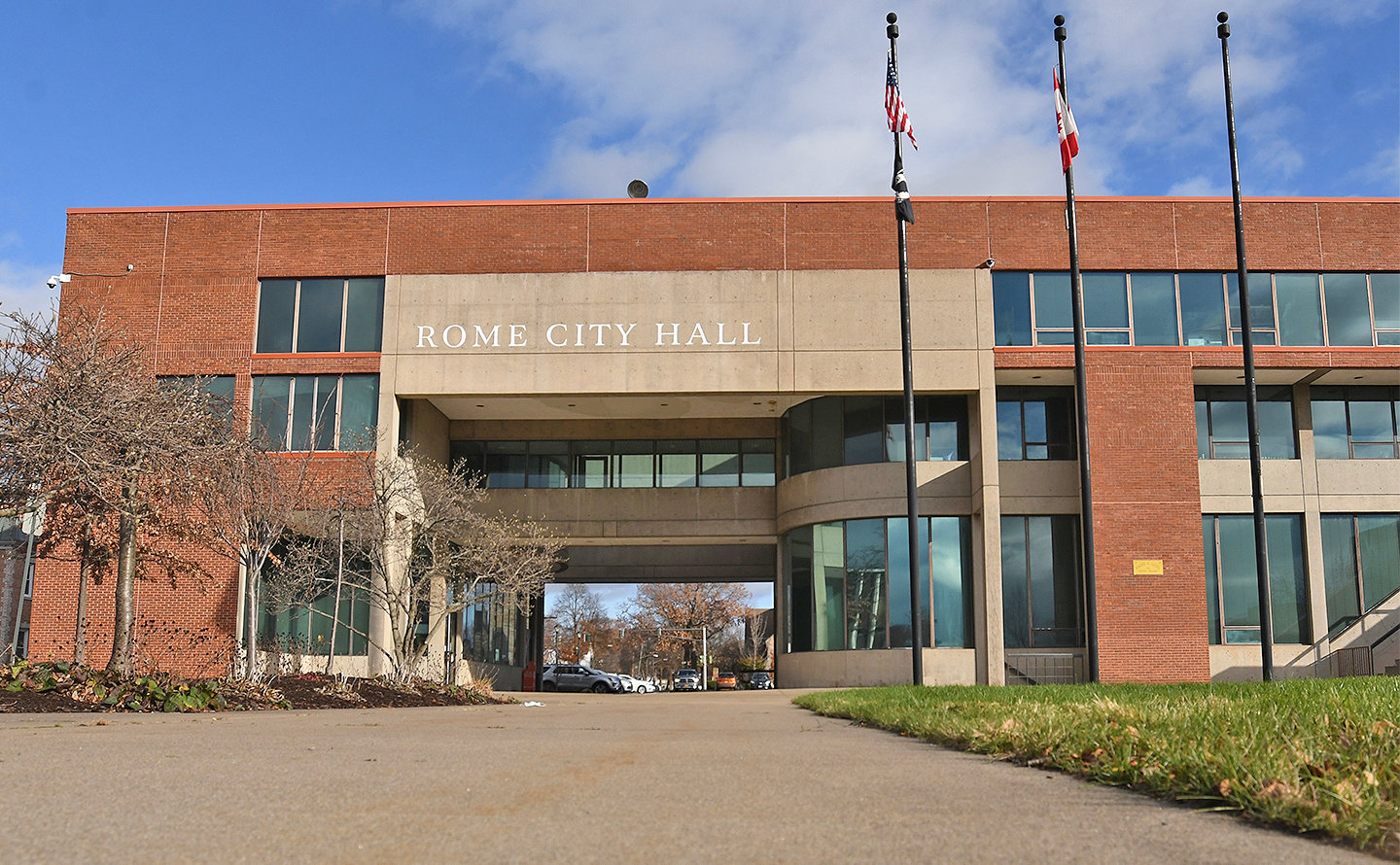 Resolution 95 concerned future rehabilitation and construction at City Hall by authorizing an amendment to the City Hall Capital Project Account to include additional funding sources and uses to include Coronavirus State and Local Recovery Special Revenue Funds. Monies include $1,280,000 in Department of State Downtown Revitalization Initiative funding and $3,720,000 in American Rescue Plan Act funding.

In May, Architect Steven Kushner with Bergmann Architects Engineers Planners, of Rochester, outlined proposed renovations for City Hall on North Washington Street during a special public work session. Proposed renovations include a 3,441 square-foot addition to the current building, as well as a new entrance-way and community room.

Similar to the Liberty James Garage project discussed during a previous walk-through and work session that month, $1.28 million in DRI funding would be used toward the project, and use of ARPA monies.

For Resolution 95, authorizing an amendment to the City Hall Capitol Project account, Third Ward Councilor Kimberly Rogers requested that the legislation include a copy of the consultant’s presentation that details components of the City Hall rehabilitation project. She also requested at Wednesday’s meeting that information be added on exactly “where the dollars came from,” in terms of the amount of American Rescue Plan Act monies being utilized for the project “so we keep everything transparent and show how the money is being spent” as promised to the public, and show “exact” dollar amounts, Rogers said. The councilor referenced the neighborhood meeting she hosted Tuesday and the need for the proposed Community Room so city officials have a space to meet with constituents.

“I’m in favor of this project because it provides immediate and comprehensive improvements to building operations,” Smith stated. “As for future economic growth of the city, it builds a sense of community, and (City Hall) serves as the cornerstone of our Downtown Revitalization Initiative.”

The current disrepair of the building, “Gives a negative first impression to visitors and would-be investors,” Smith continued. “These renovations are an essential project that will benefit all of our community. In its current state of disrepair, it’s not a professional or successful building, and it gives the impression of a lack of motivation in the city. … We should move forward with the full project to enhance the city’s economic development and quality of life of our community.”

Resolution 95, as amended, was then unanimously approved.

Meanwhile, Fifth Ward Councilor Frank R. Anderson requested that Resolution 92, authorizing an amendment to the 2022 budget of water and general funds for the increased cost of gasoline and diesel for city departments, be amended to reflect an “increase in the budget because of fuel costs,” — $23,000 for gas and diesel for the fire department and $21,800 for the water shop — rather than a “decrease.” The amended legislation was then unanimously approved.

Anderson also requested that Resolution 93, authorizing an amendment to the 2022 water budget for sanitary and sewer repair at the 1300 block of N. James St., be amended to reflect an “increase” rather than “decrease” in the budget, which was unanimously approved.

The councilor made the same request for Resolution 94, authorizing an amendment to the 2022 water budget to create a capital project account with an “increase” of $1 million, not a “decrease.” It was subsequently approved.

Sixth Ward Councilor Riccardo D. Dursi Jr. requested councilor support for Resolution 96, authorizing a budget transfer from several Department of Parks and Recreation expenditures to purchase rental skate inventory for the Kennedy Arena Pro Shop. Deputy Director Ryan Hickey said after meeting internally and having discussions with Parks and Recreation employees, it was determined that removing money from different expenditures to fund the skates would not affect functions of the department.

“I ask for this budget transfer to allow for a great opportunity for the public and open skating,” Dursi said. “I think this would help kids and adults get out more, and be more healthy and active.”

The legislation was unanimously approved.

Resolution 97, authorizing the mayor to apply and accept a grant award of $3 million from the U.S. Department of Housing and Urban Development’s 2022 Community Project Funding related to the Woodhaven Complete Streets Plan implementation, while striking the third paragraph as requested by Deputy Director of Community and Economic Development Matthew Andrews, was unanimously approved.

Also unanimously approved was Resolution 99, authorizing the mayor to submit an application for a bipartisan infrastructure grant for developing a lead line inventory per State Department of Health Lead Copper Rule at a cost of $400,000.

• Ordinance 9530 authorizing the placement of a stop sign on Albert Street, at the intersection of West Locust Street.