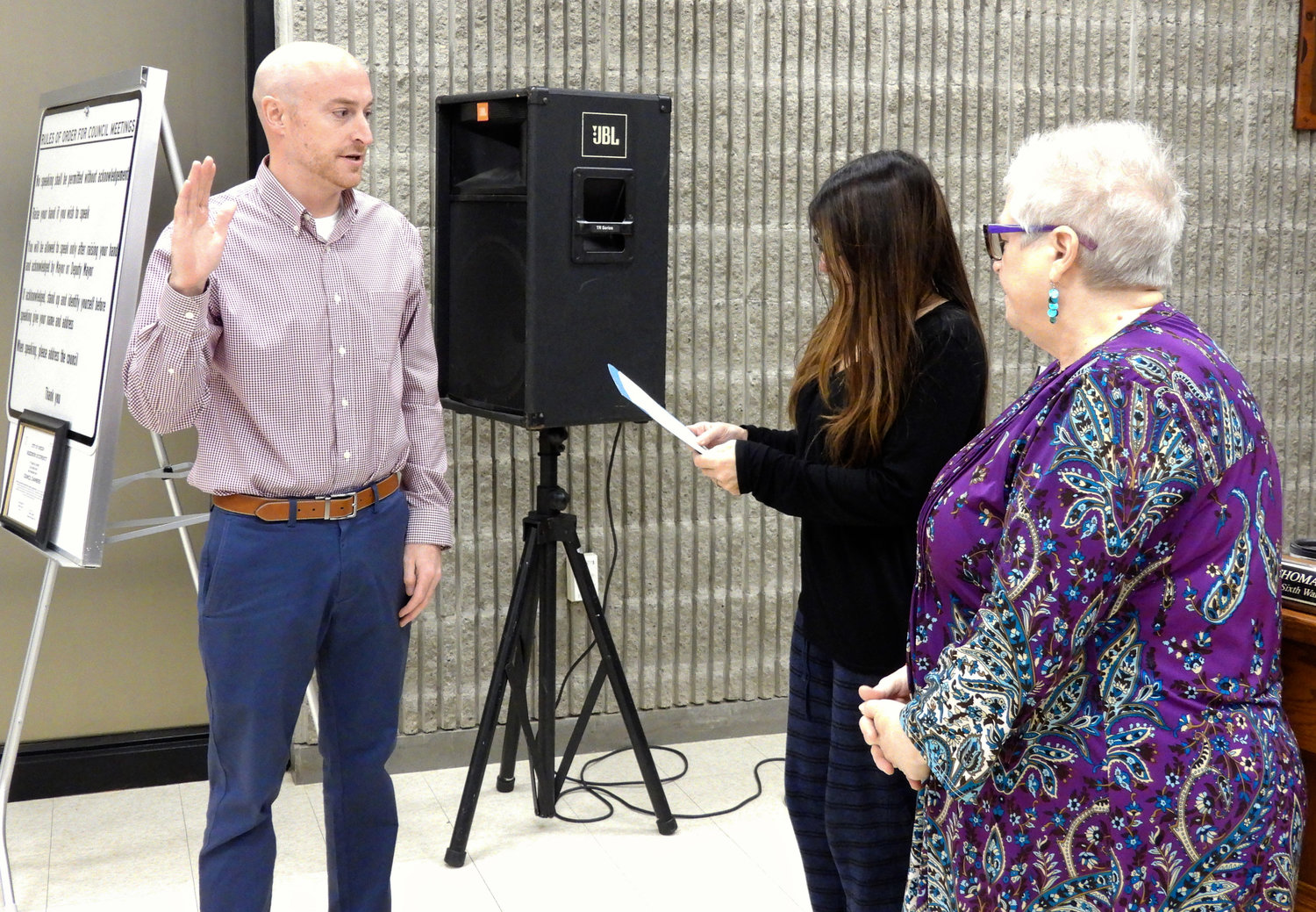 SWORN IN — Bill Pagano is sworn in at the Tuesday Common Council meeting by City Clerk Sandra LaPera with Mayor Helen Acker witnessing his oath of office. Pagano grew up in Ward 5 and has been an active member of the community and volunteer. He fills a seat vacated by Brandee DuBois, who resigned from the post to accept the position of Ward 4,5,6 Supervisor.
(Sentinel photo by Charles Pritchard) 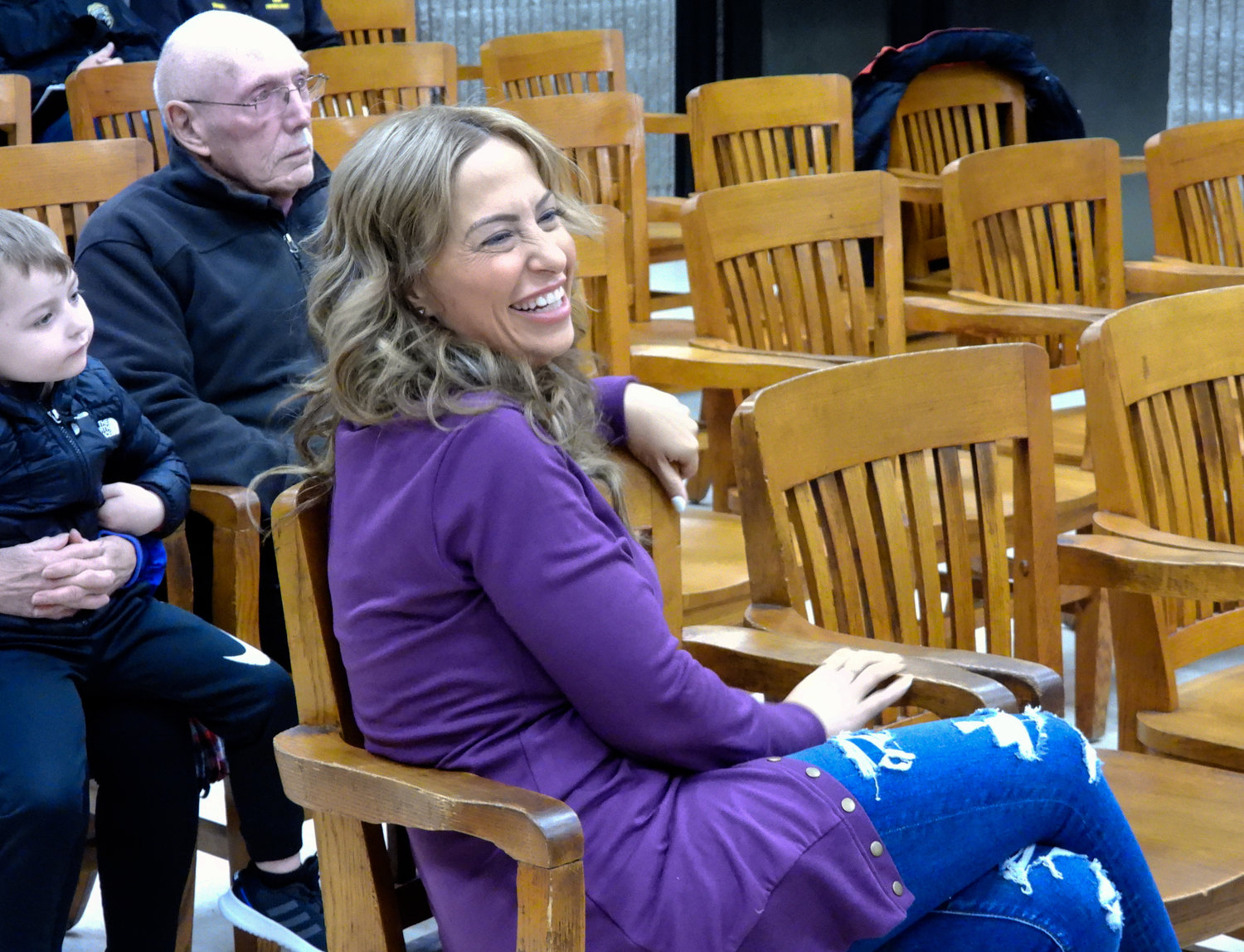 A LAUGH BEFORE WE LEAVE — Future supervisor Brandee DuBois has a laugh after officially tendering her resignation to the Common Council and inviting newly sworn in Ward 5 Councilor Bill Pagano to sit in her seat.
(Sentinel Photo by Charles Pritchard) 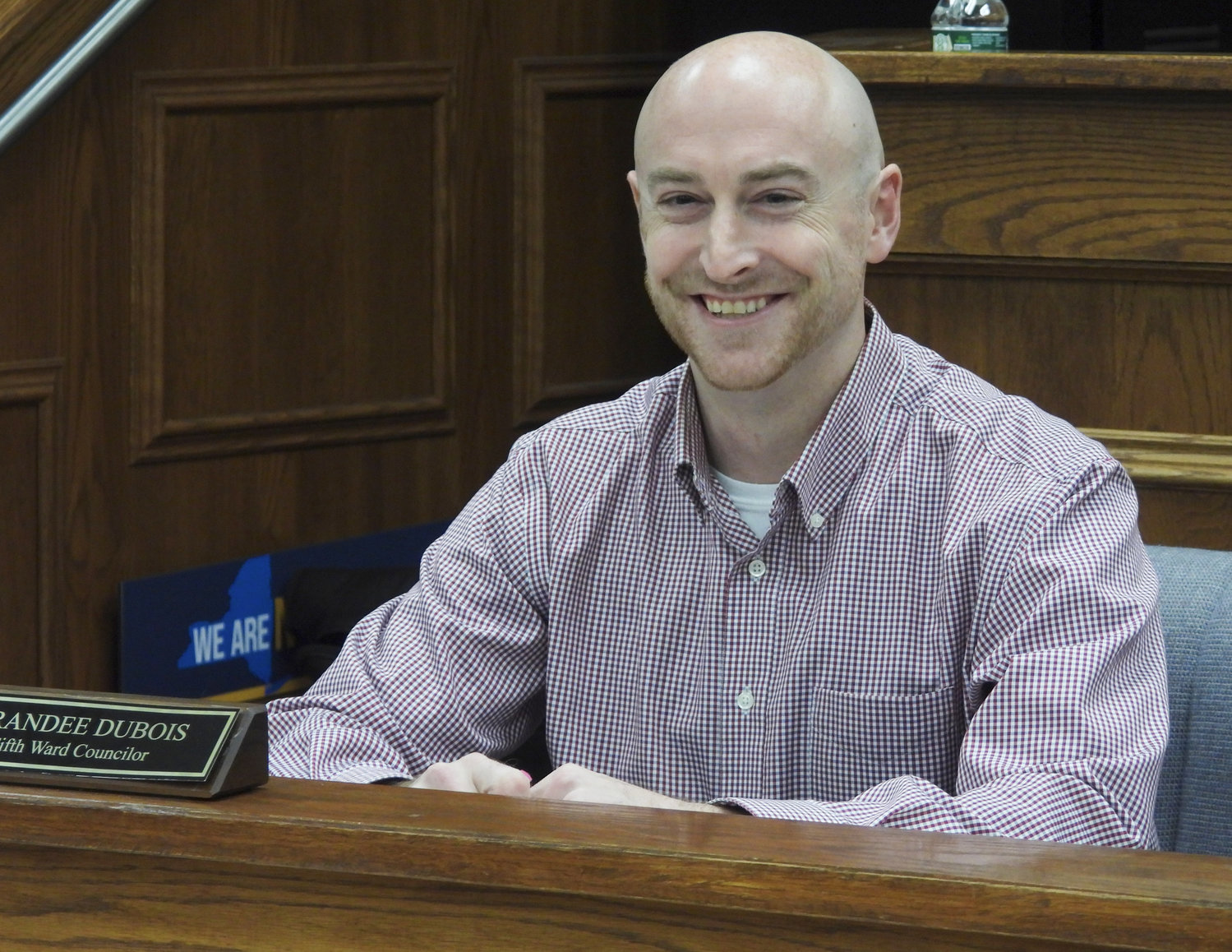 A LAUGH BEFORE WE BEGIN — Future Ward 5 Councilor Bill Pagano has a laugh after future supervisor Brandee DuBois officially tendered her resignation and invited him to sit in her seat.
(Sentinel Photo by Charles Pritchard) 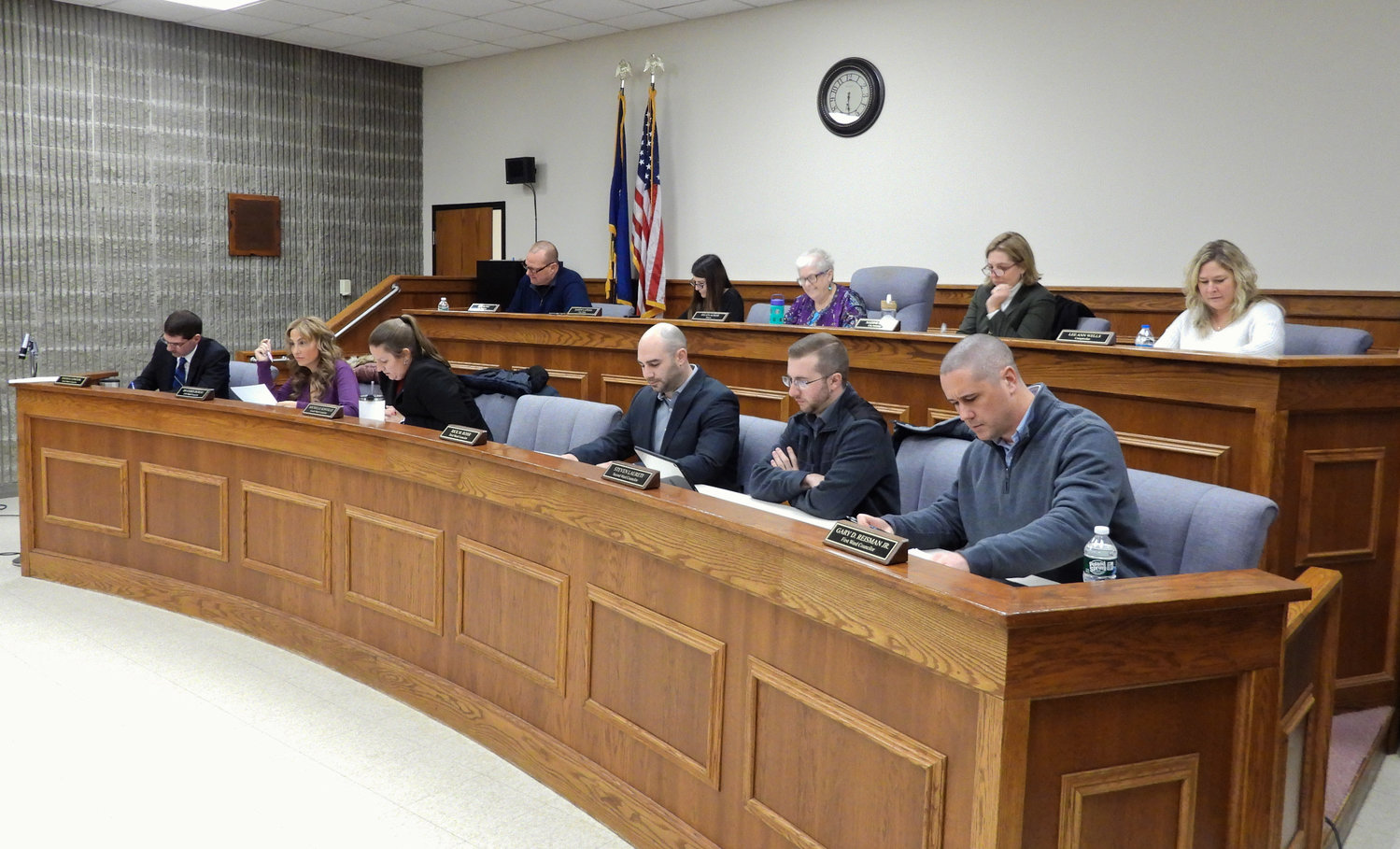 “I applaud you and thank you for your service here in the city,” Acker said. To accept the supervisor position, DuBois resigned as councilor, which was effective immediately, Jan. 4.

After the meeting, DuBois said she’s excited and nervous to become a supervisor — just as she was when she became a councilor. “I’m excited to move on to the county and try to bridge it and the city,” DuBois said. “I may be nervous, but I was nervous when I started as a councilor. But everyone on the council was just so wonderful.”

There will be a special election for the supervisor seat in November, and DuBois will have to run to keep it.

“This leaves a seat open on the council,” Acker said at the meeting. “I will be appointing Bill Pagano.”

Pagano said he’s lived in Oneida for most of his life, growing up in Oneida’s fifth ward.

“I graduated from SUNY Brockport with an accounting degree. I worked at [Oneida Savings Bank] for years,” Pagano said after the meeting. “I went to Liverpool for a few years, but now I’m back in Oneida.”

Pagano works for Allstate and is known best for his work with the Oneida Chamber of Commerce. It’s his first foray into city government, but he’s been an active volunteer in the community.

Pagano said he’s lived in Oneida’s fifth ward for about 30 years and feels he has a unique perspective and ideas to bring to the council. “I just want to help the community.”

There was no further discussion or any other nominations for deputy mayor. The vote was in favor unanimous, and Kinville was named deputy mayor for 2022.

Ward 6 Councilor Tom Simchik had served as deputy mayor for the past two years. Acker thanked Simchik for her service and said she looked forward to working with Kinville.

As usual housekeeping at the start of the new year, an organizational resolution was brought before the council, deciding the meeting times, the official banks, and the city’s official newspaper.

“You may notice on this resolution that for this year, for the first time, I’ve requested that we use the Rome Sentinel as our designated paper,” Acker said. “The Sentinel has a great presence in Oneida, and [Reporter] Charles [Pritchard] in particular does a great job for us. So that’s why we’ve made the move.”

There was no further discussion, and the council voted in favor unanimously.