Cortland too much for Utica University in battle of unbeatens

Utica University fell behind 34-7 at halftime on Saturday en route to a 48-21 Empire 8 Conference loss to visiting No. 13 SUNY Cortland.

Cortland too much for Utica University in battle of unbeatens 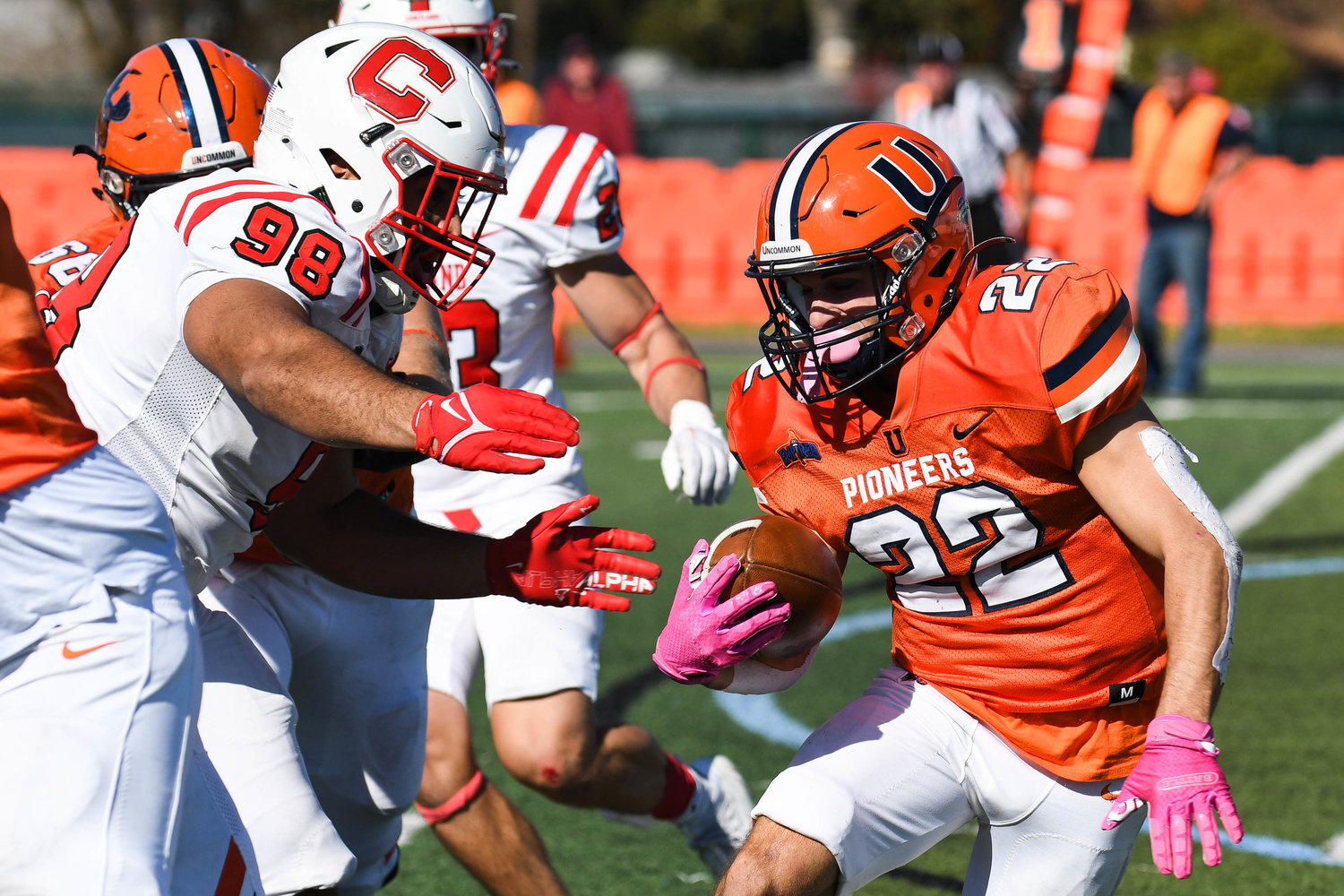 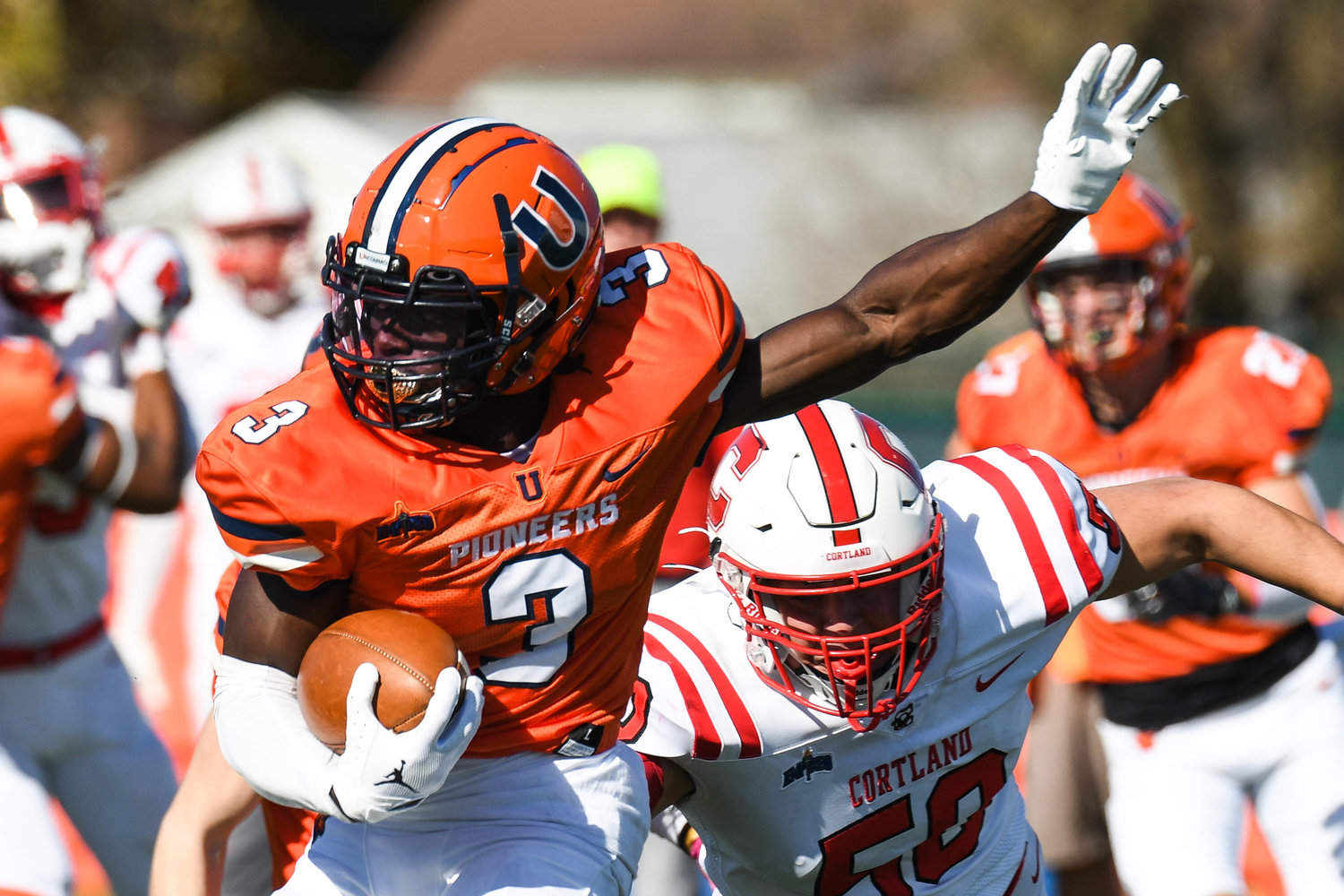 Utica University's Matt Brantley (3) returns a punt during the Empire 8 game against SUNY Cortland on Saturday afternoon at Charles A. Gaetano Stadium in Utica. The Pioneers lost 48-21.
(Sentinel photo by Alex Cooper) 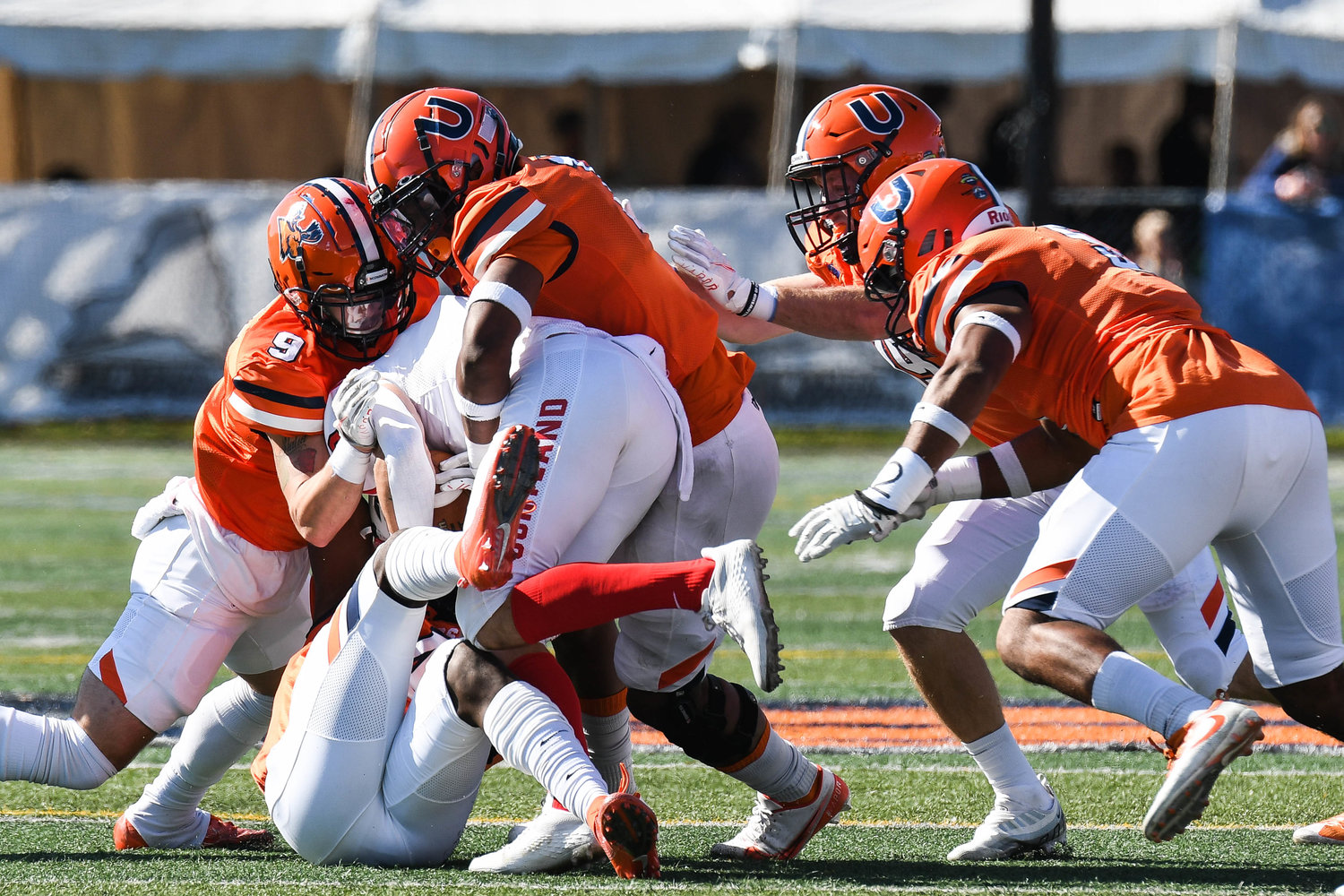 A group of Pioneers defenders make a tackle during the Empire 8 game against SUNY Cortland on Saturday afternoon at Charles A. Gaetano Stadium in Utica.
(Sentinel photo by Alex Cooper) 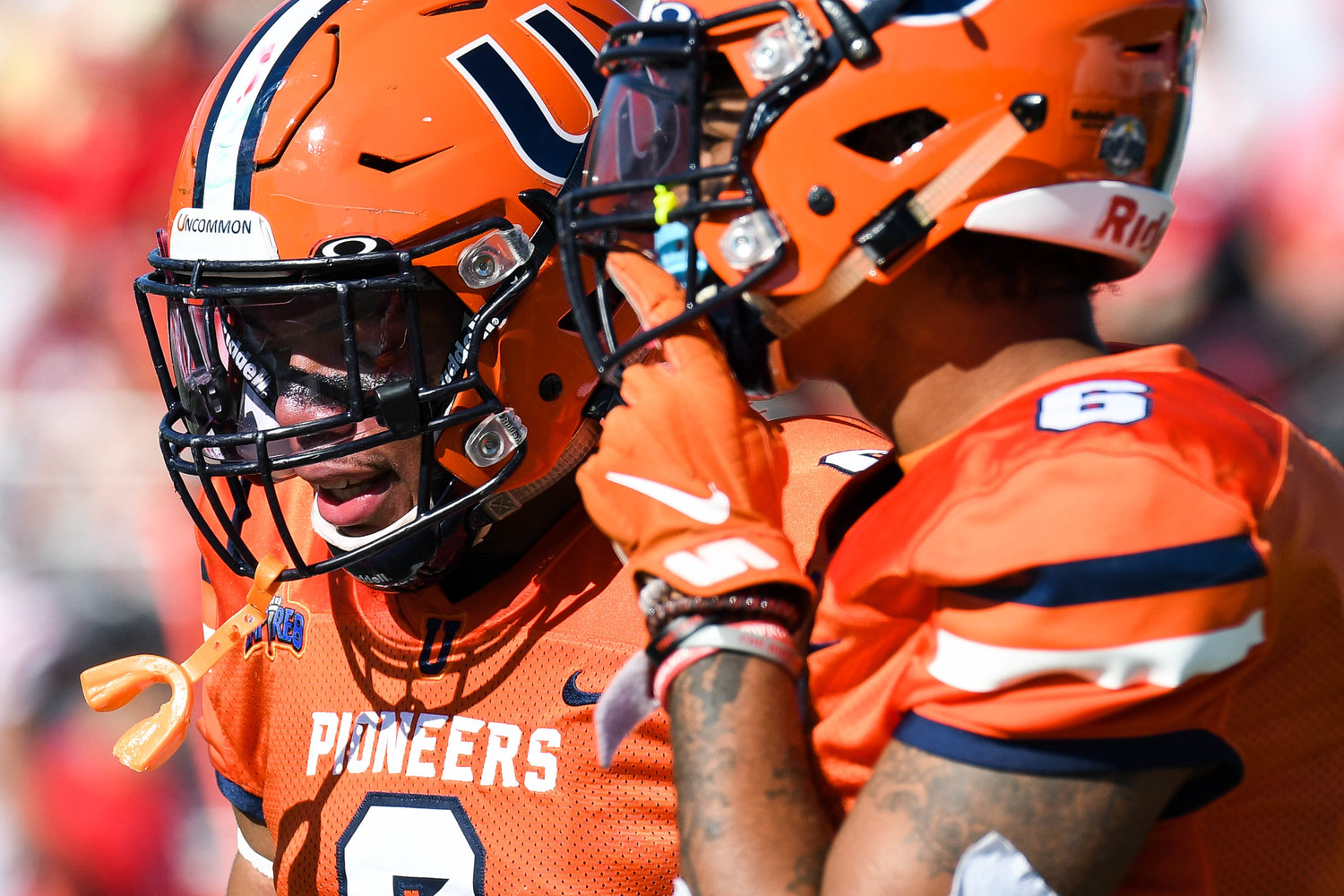 In a battle of unbeatens, the Utica University football team fell behind 34-7 at halftime on Saturday afternoon en route to a 48-21 Empire 8 Conference loss to visiting No. 13 SUNY Cortland at sunny and boisterous Charles A. Gaetano Stadium.

The Pioneers (6-1, 2-1) received the opening kickoff and marched 54 yards on 13 plays that took 6 minutes and 58 seconds off the clock, but Corey Lichtman’s 45-yard field goal attempt was blocked. On Utica’s next possession, the Pioneers drove down to the Cortland 37-yard-line but were forced to punt on 4th-and-9.

“Early in the game, we had the ball on their side of the 50 twice and we got no points. We missed a field goal and we had to punt,” Utica University coach Blaise Faggiano said. “We moved the ball. We had a good game plan. We tried to keep them off balance.”

“They have good skill players,” said Faggiano of Cortland. “We have to tackle better in the first half.”

Utica forced a pair of interceptions from Boyes by Jamel Smith and Terrance Toussaint on Cortland’s next two possessions. The Pioneers capitalized on the second one, four plays later to score their first touchdown of the game on a 1-yard run by Brendan Belott with 1:13 remaining in the second quarter. Lichtman made the first of three PATs.

The Red Dragons, who are coached by former Utica offensive coordinator Curt Fitzpatrick, answered right back before halftime as they drove 67 yards on five plays that culminated with a 26-yard touchdown pass from Boyes to Rashad Tucker with 19 seconds left in the first half. Baloga’s PAT failed that made the score 34-7 at halftime.

Alfanostjohn led the Red Dragons with 162 yards rushing on 12 carries, Capone had 72 yards on 14 carries and Boyes added 54 yards on seven carries. Boyes was 13-for-18 passing for 211 yards, four touchdowns and two interceptions.

Utica’s Zenelovic was 16-for-24 passing for 187 yards and one touchdown. Joey Nare, of Canajoharie, led the receiving corps with six receptions for 81 yards. Decker had four catches for 54 yards and Palmer added three receptions for 18 yards. Palmer also had five carries for 11 yards. Anthony Fasano led the Pioneers defensively with eight tackles.

The Pioneers, who received one vote in the d3football.com top 25 poll that came out on Sunday, travel to Empire 8 foe SUNY Morrisville at 1 p.m. on Saturday.

“We have three games to go. We’re going to take them one at a time. It’s not going to be easy,” Faggiano said. “We have Morrisville next. They’re a good local rival. We’ve got to find a way to win. If we finish 9-1, it puts us in contention for NCAAs and go to another bowl game. Maybe even get a home bowl game. That would be nice.”

Utica, which is 1-9 all-time against Cortland, has won eight of their last 11 games dating back to last season, when the Pioneers advanced into the ECAC Bowl Series for the fourth time in program history. The program has secured its seventh winning season, with six of those happening in the 15-year tenure of Faggiano. One more win this season would tie the program record for wins in a season with seven.

It was going well for the Hamilton College football team against visiting Colby College.

Hamilton’s defense held the Mules to three points in the first half, limiting three Colby drives to an interception, a punt and a missed field goal.

However, Colby got on the board late in the second quarter and added a pair of touchdowns in the second half to snag a 18-12 New England Small College Athletic Conference win over Hamilton on Saturday afternoon at Steuben Field in Clinton.

Keon Smart’s one-yard run with 13 minutes left in the fourth quarter put Colby (4-2) ahead for good. Colby missed a field goal attempt later in the quarter and Hamilton took over with 4:13 left. The Continentals drove to the Colby 22-yard line before turning the ball over on downs with 55 seconds remaining.

Hamilton’s Matt Banbury finished 23 of 33 for 220 yards passing. Gerst had 51 rushing yards and caught four passes for 22 yards in his first start at tailback.

With the loss, the Continentals are 2-4 overall and are tied with Bowdoin for seventh in the 10-team NESCAC. The team has three games remaining at Tufts (3-3) and Middlebury (5-1) before closing at home against Bates (2-4).

Hamilton, led by longtime successful college coach Dave Murray, is trying again for its first winning season since 1996. There is no postseason in the conference.