Cheri Sheridan saw in a historian’s research of Ryah Ludins, the woman who made the wood relief mural at the Cortland Post Office, that she was “Russian born.” 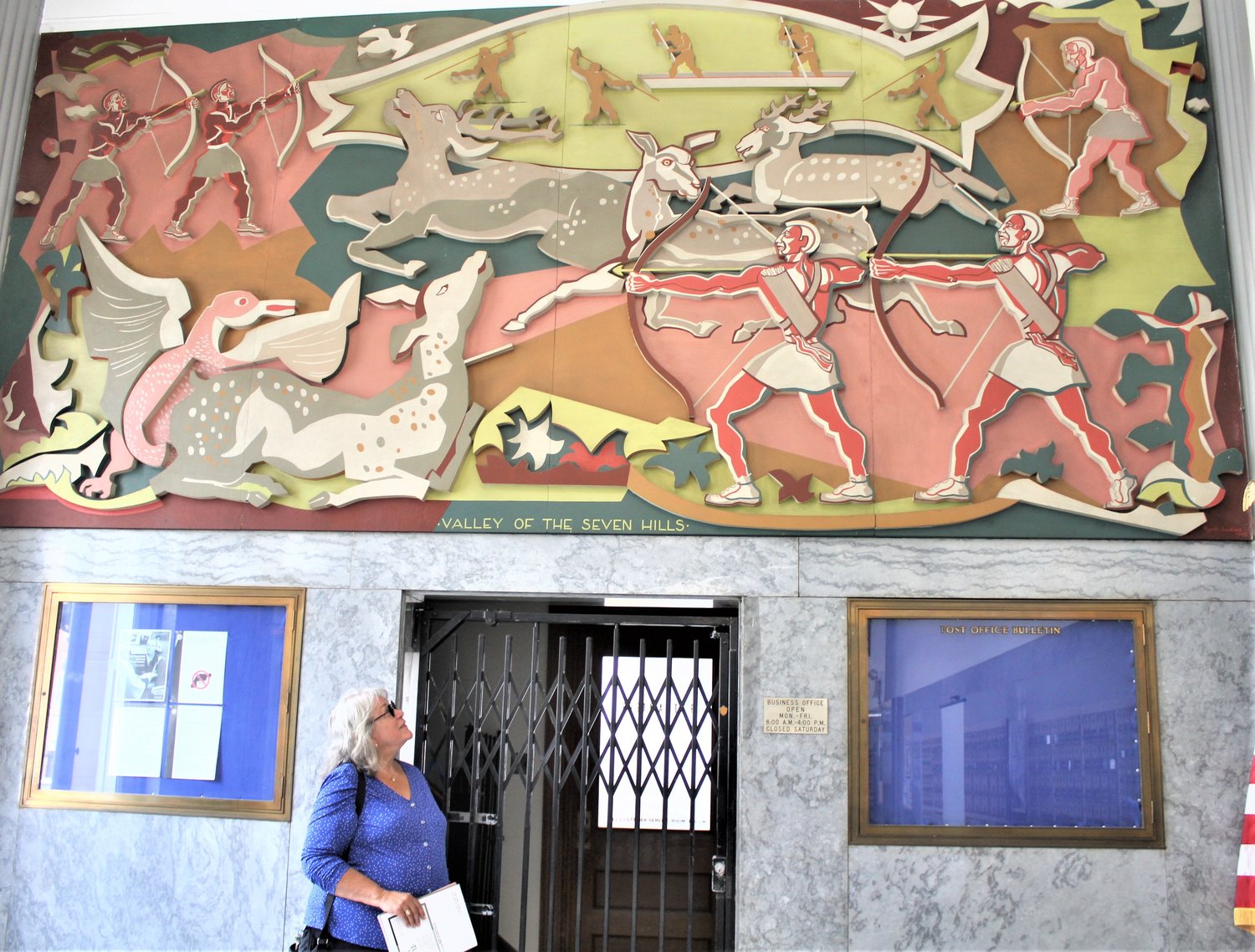 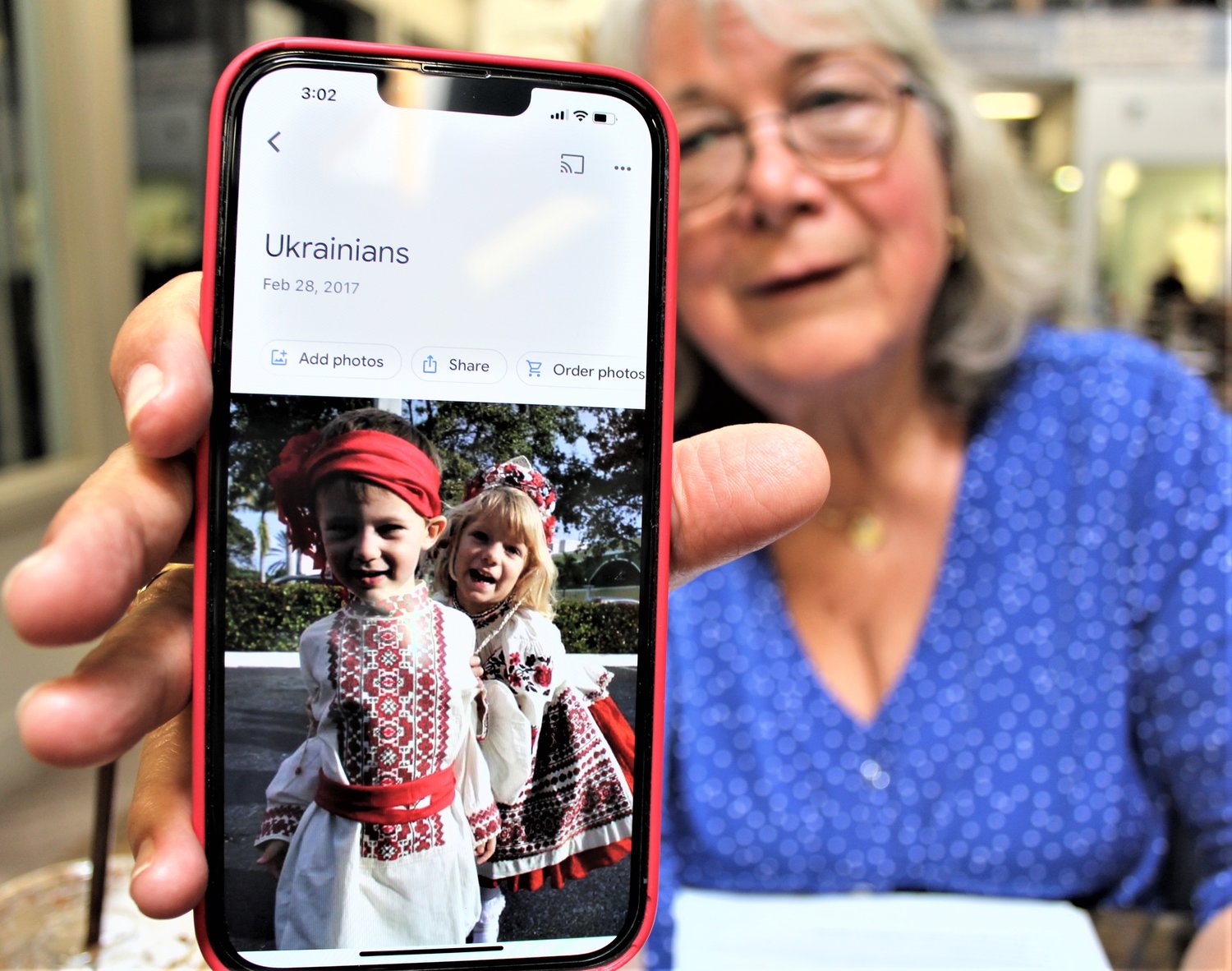 Cheri Sheridan shows off a picture of her grandkids in Ukrainian dress for a heritage day at their school. Sheridan was in the Marketplace Mall in Cortland on July 11.
(AP Photo/Katie Keyser/Cortland Standard) 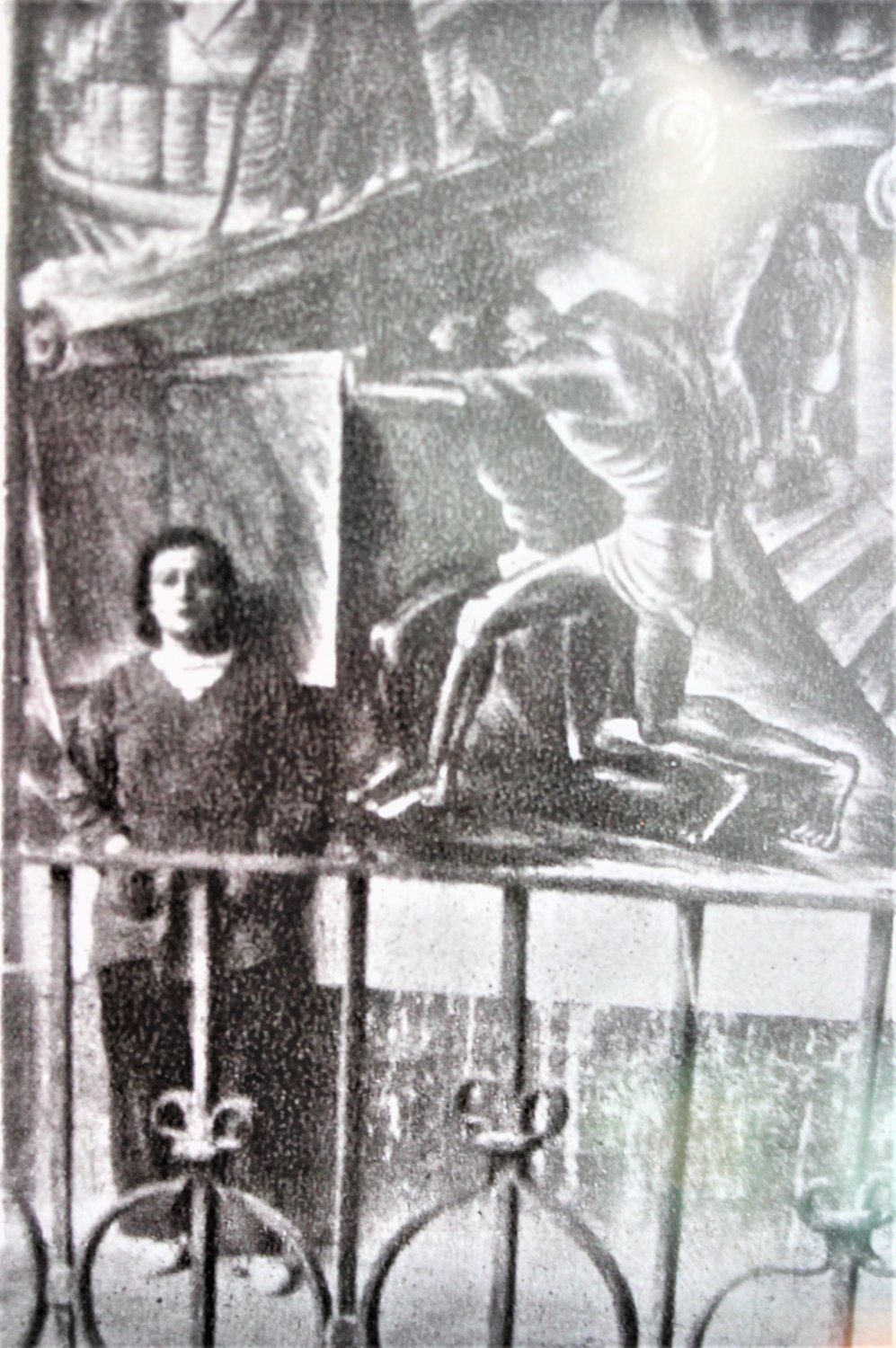 Cheri Sheridan saw in a historian’s research of Ryah Ludins, the woman who made the wood relief mural at the Cortland Post Office, that she was “Russian born.”

Is she really from Russia, said the Cortlandville woman of Bob Rightmire’s examination of the New York City artist?

Sheridan’s grandparents came to Cortland from Ukraine in the early 1900s. But they were referred to as Russians.

“That’s what they always called us, when we are not Russian,” Sheridan said.

Ukraine may have been under Russia’s rule at one time, but that didn’t mean the Ukrainian people were Russian, Sheridan said.

And then Sheridan saw in a Wikipedia post on Ludins that she was born in Mariupol — the war torn city in Ukraine overcome by Vladimir Putin’s invasion this year.

Now Sheridan has several connections to Ludins, who lived 1896 to 1957. Both are female artists, printers and teachers and both have Ukrainian heritage.

Sheridan, of Cortlandville, retired junior high art teacher, is a printer, fabric dyer, and art quilter. She is a grandchild of Ukrainian immigrants.

Ludins was a muralist, painter, print maker and art teacher. She made the mural for the Cortland Post Office, called the “Valley of the Seven Hills,” in 1943, which features native Americans hunting among the hills of the area, by foot and canoe, with deer and geese flying. It’s a wood relief, 7 feet by 16 feet. The mural was commissioned by the federal government’s Works Progress Administration series.

“I have never seen anything like it, the depth of it, the color,” Sheridan said. “She came here and researched the area when she applied for the WPA.”

Bob Rightmire, a class of 1960 Cortland High graduate and a friend of Sheridan’s, researched the artist after seeing the Ludins’ mural at the Cortland Post Office as an adult.

Sheridan said her husband, the late Chuck Sheridan, who owned Sheridan’s Jewelers, and Rightmire were friends.

They bussed tables together at Johnny’s Diner, near the current Doug’s Fish Fry location, Sheridan said. Bob and his wife were antiquers and enjoyed going to Bouckville. The Sheridans were antiquers as well.

“He just died at Thanksgiving,” Sheridan said of Rightmire. “He was a really great researcher.”

Rightmire was a former history teacher of 30 years, was an art enthusiast and art writer, who retired to Oneonta after teaching on Long Island. He saw the Cortland Post Office mural as a grown man, not paying attention to it as a youngster, and became obsessed with Ludins. He went on a tear to find out more about her. He found evidence of 11 murals by Ludins across the country. Only two survived, one in Cortland and the other Nazareth, Pa., post office.

Rightmire, who created a Ludins exhibit at the Cortland Free Library years ago, said Ludins was working on a mural in Mexico, up on a scaffolding wearing pants in the 1930s. The Mexicans stopped the work, wanting her to wear a skirt. She refused. A six-month standoff ensued. She would not don a skirt. Finally Mexican officials relented and she continued.

Rightmire’s notes are now housed in the Cortland County Historical Society. Tabitha Scoville, director, said the materials also includes a piece of her art work and a copy of a children’s book she wrote.

“I think it’s pretty cool that he thought she was relevant, to do this,” said Scoville.

Last month, the society did a downtown walking tour and added the Cortland Post Office to the route to see the mural up close. “I didn’t realize it was three dimensions,” she said.

Sheridan’s grandfather, Harry Wereshak, came to Cortland from Ukraine in 1912, with a piece of paper that said, ‘Cortland, N.Y., Wickwire’s.’

He moved to Mrs. Romenko’s boarding house on south Main Street in Cortland, currently the huge yellow building one door down from Ivan’s bar. “She’s long gone,” said Sheridan. “My grandma (Daria Osadchey) came in 1916, with her brothers from a village near Kherson, an industrial area on the river. That’s one of the first places Putin came in and took over, to close access to the Black Sea.”

Her grandparents met at the boarding house and were married a couple of years after that, she said. The couple worked at Wickwire’s. Her grandmother would weave wire screens and her hands were very rough. She’d put lotion on them at night and would be good to go the next day.

Sheridan said Ukraine has fought so hard to be independent. Its people are hard workers and kind people. But they are not going to allow Putin (to take over without a fight). “When I saw Wickipedia said she was from Mariupol!” said Sheridan.

“I know how hard Bob worked on this (research). It’s all now in our Cortland Historical Society, in a box there.”

Rightmire’s wife, Vicki, donated it to the society. “It belongs here. It’s part of our history,” said Sheridan. Today she is watching Putin’s war in Ukraine carefully.

“No matter what he does, we are never going to be Russian. No matter how much he destroys,” she said.