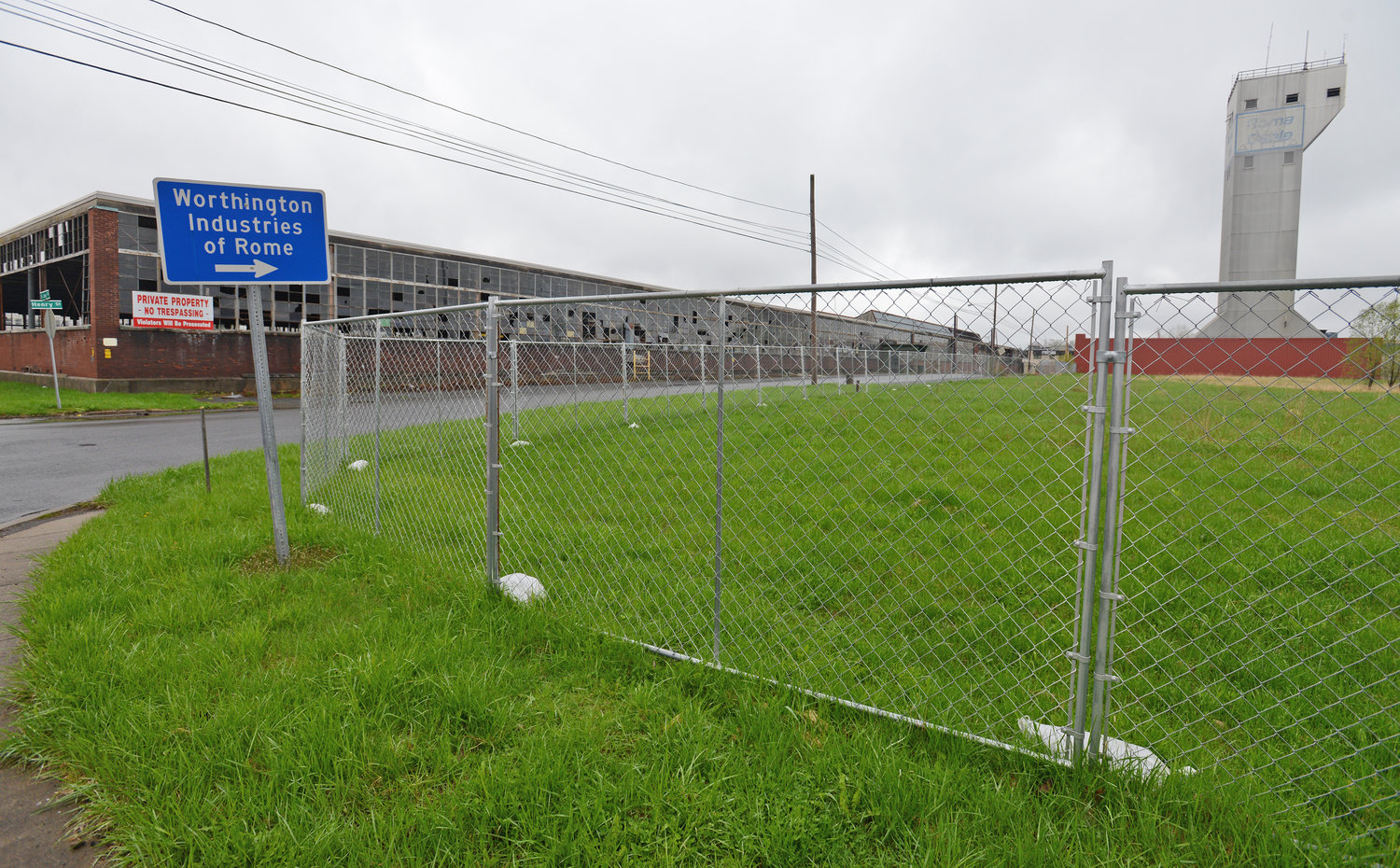 MORE HELP ON THE WAY — The former Rome Cable site is shown during demoltion in this file photo. A group of consultants are coming to Rome to help local agencies and officials develop a plan for its marketing and reuse.
(Sentinel file photo by John Clifford) 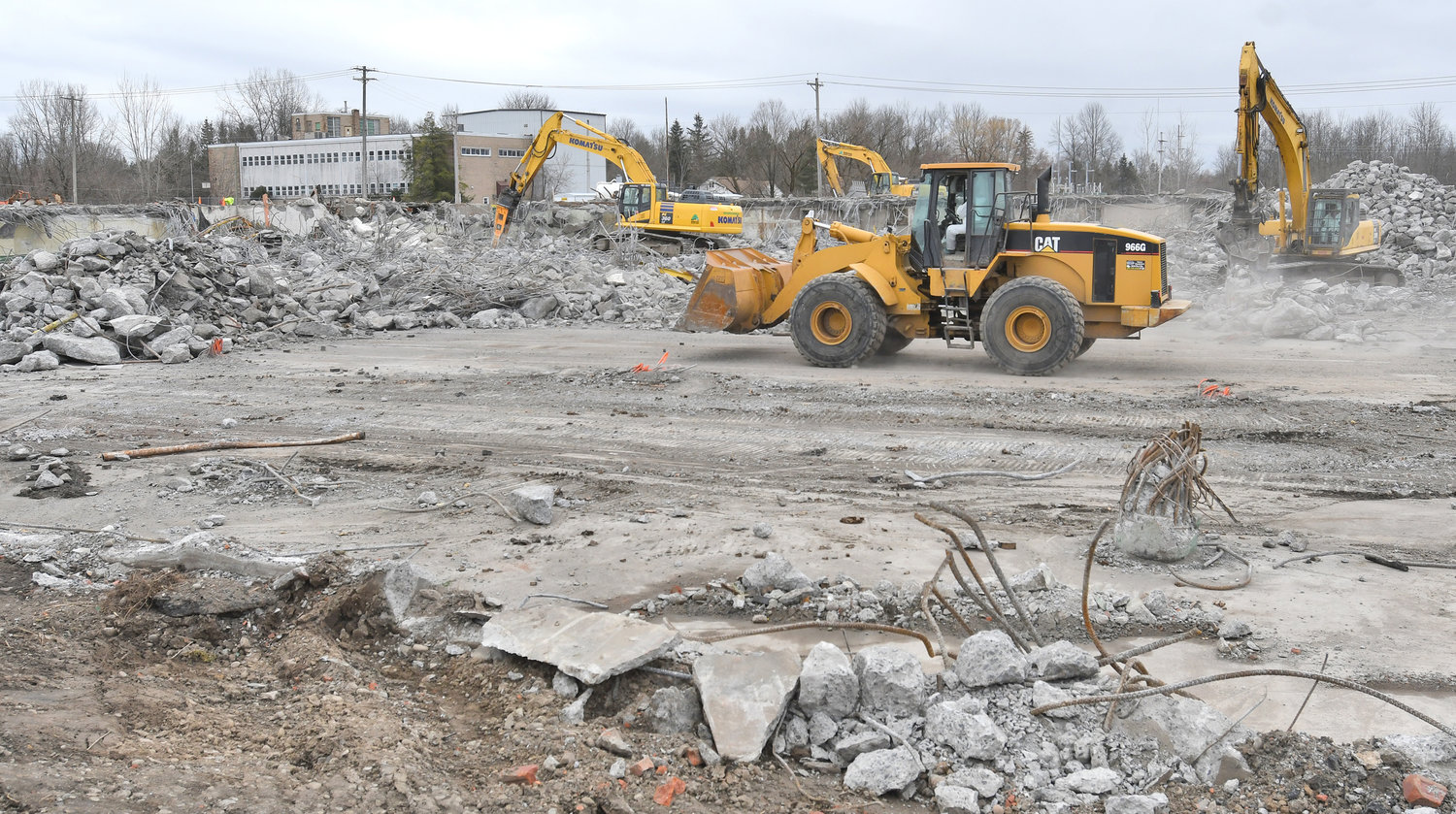 MORE HELP ON THE WAY — The former Rome Cable site is shown during demolition in this file photo. A group of consultants are coming to Rome to help local agencies and officials develop a plan for its marketing and reuse.
(Sentinel photo by John Clifford)
Previous Next
Posted Friday, October 22, 2021 4:00 pm

A group of consultants — the Counselors of Real Estate’s CRE Consulting Corps — is coming to Rome next week to assess and provide its expertise on the redevelopment of the former Rome Cable Complex Four site.

Through a partnership with the Center for Creative Land Recycling and with support from the CRE Foundation, the Consulting Corps will assist Rome Industrial Development Corp, Rome Brownfields Restoration Corporation, and Mohawk Valley EDGE by bringing its unbiased, objective perspective to identify priority investments to facilitate development, maximize the site, inform marketing and positioning, and prepare the site to go to market, an announcement on Thursday said.

The team will present action-oriented guidance as well as a critical path to implementation for this piece of Rome history, the announcement said, adding the consultants will be in Rome Sunday through Wednesday and will be setting up meetings with priority stakeholders.

The Center for Creative Land Recycling (CCLR) is a non-profit organization dedicated to building local capacity for sustainable and equitable land reuse. It works directly with communities to transform underutilized and environmentally-impacted contaminated properties into community assets.

Rome was awarded a $10 million grant from New York in 2017 as part of the Downtown Revitalization Initiative. The city identified five strategic city-owned sites within a 180-acre target redevelopment area in the urban core to catalyze investment and revitalize downtown, including the former Rome Cable site.

Designated a Superfund site, the $13 million cleanup has been completed by the state Department of Environmental Conservation. The site is the epicenter of the Erie Boulevard Brownfield Opportunity Area (BOA), and Rome recently passed a PILOT Increment Financing (PIF) District, providing a development incentive.

Mohawk Valley EDGE has identified the following sectors as targets for the site such as advanced manufacturing, agribusiness/craft food and beverage, aviation, IT, and nanotechnology.

Approximately 10 to 15 acres of the 40-acre former Rome Cable site are developable, officials said, and the remainder is wetlands and would likely be dedicated open or recreational space.

Demolition and remediation are complete, officials said, adding the site is ready for development. The area is zoned industrial, and the site is covered under a 25-year PILOT Increment Financing incentive. It is now a Class 4 site with some limiting, but not prohibitive, deed restrictions.

The site has approximately 10 acres of corner frontage with city infrastructure such as water, sewer, gas, electric, telecom. There is an 80,000 square foot concrete slab/foundation that was the former factory floor. An application to USDA is requesting funds for engineering and geotechnical studies to determine foundation design requirements and constructability to analyze the concrete slab.