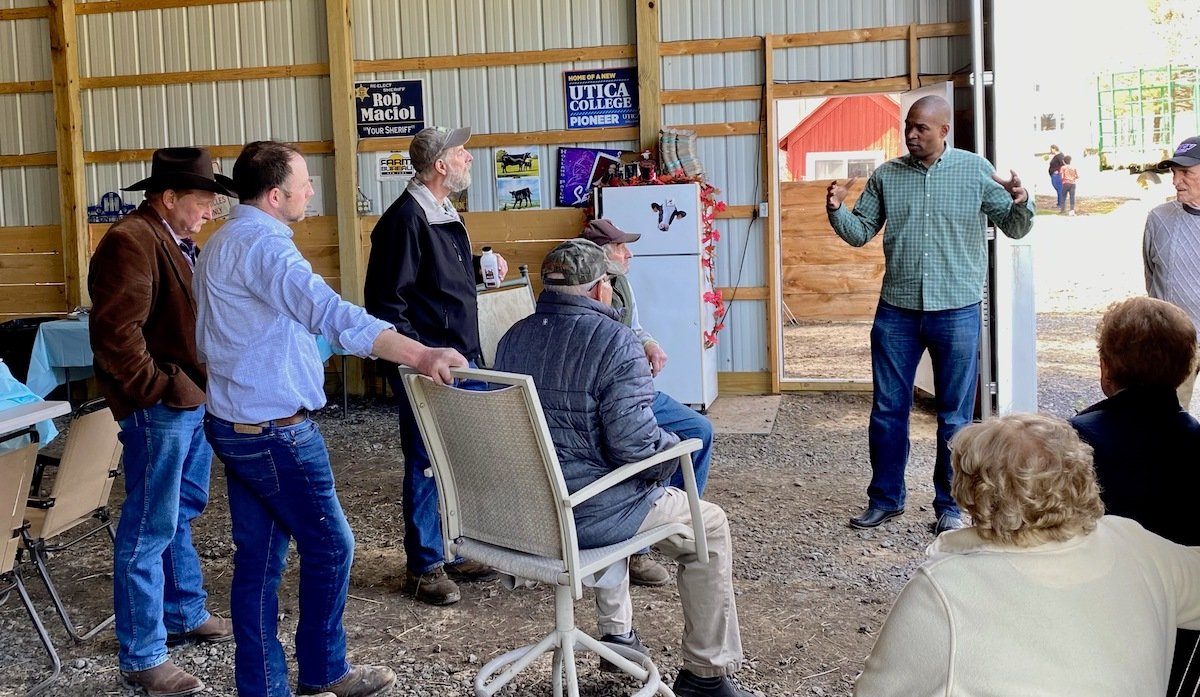 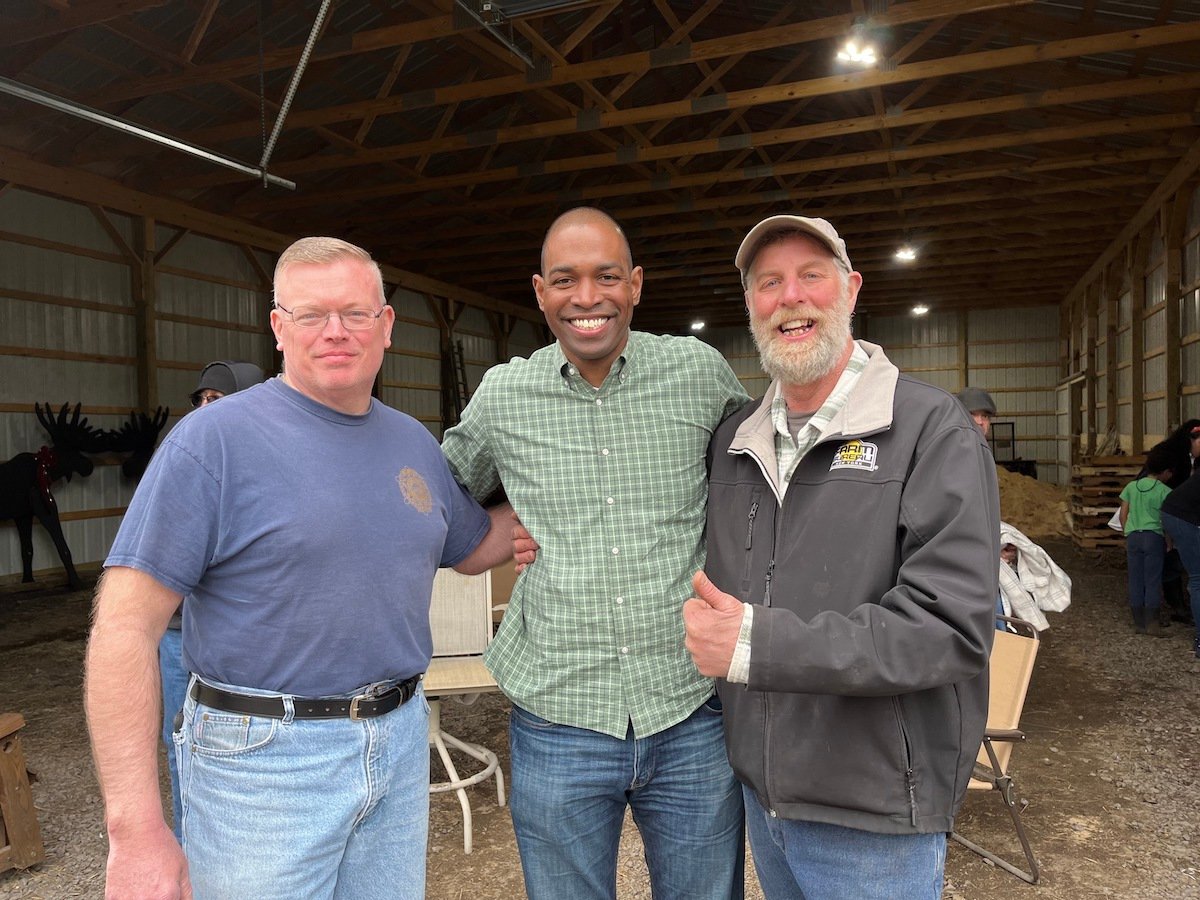 Delgado is a Democrat running for re-election in the new 19th Congressional District, which contains Southern Oneida County and the City of Utica. Maciol welcomed Delgado, his wife Lacey, and his twin sons for the visit, which included a hayride around the property.

They were joined by farmers from Oneida and Madison counties to talk agriculture-related issues, with chocolate milk and cheese curd provided by Oneida County Farm Bureau president John Collins.

“It was a pleasure to visit 6 Point Acres during our Spring Break trip. I wholeheartedly appreciate Oneida County Sheriff Rob Maciol’s hospitality and the opportunity to meet other members of the local farming community, as well as county leaders,” said Delgado in a release.

Prior to the redistricting, Delgado’s 19th district did not extend into Oneida County. After the recent redistricting, Holland Patent is in the 21st district.

Maciol is also running for re-election as Oneida County Sheriff.

“I was honored to host Congressman Delgado and his family at 6 Point Acres, along with several farmers from Madison and Oneida counties,” Maciol stated. “I look forward to gathering again in the near future.”

Delgado is the chairman of the House Agriculture Subcommittee on Commodity Exchanges, Energy, and is a strong advocate for New York’s small and family-run farms, officials said. His very first bill signed into law was the Family Farmer Relief Act, providing farmers options to manage downturns in the farm economy without closing their doors. The bill received strong bipartisan support and was signed into law by former President Trump.

Delgado has been traveling around the 19th Congressional District with his family for Spring Break — making stops in Chenango, Madison, Oneida, Otsego, Schenectady and Ulster counties.