Spirits were high and the skies bright as competitors lined up for the 2022 Boilermaker 5K at 7:15 a.m. on Sunday. 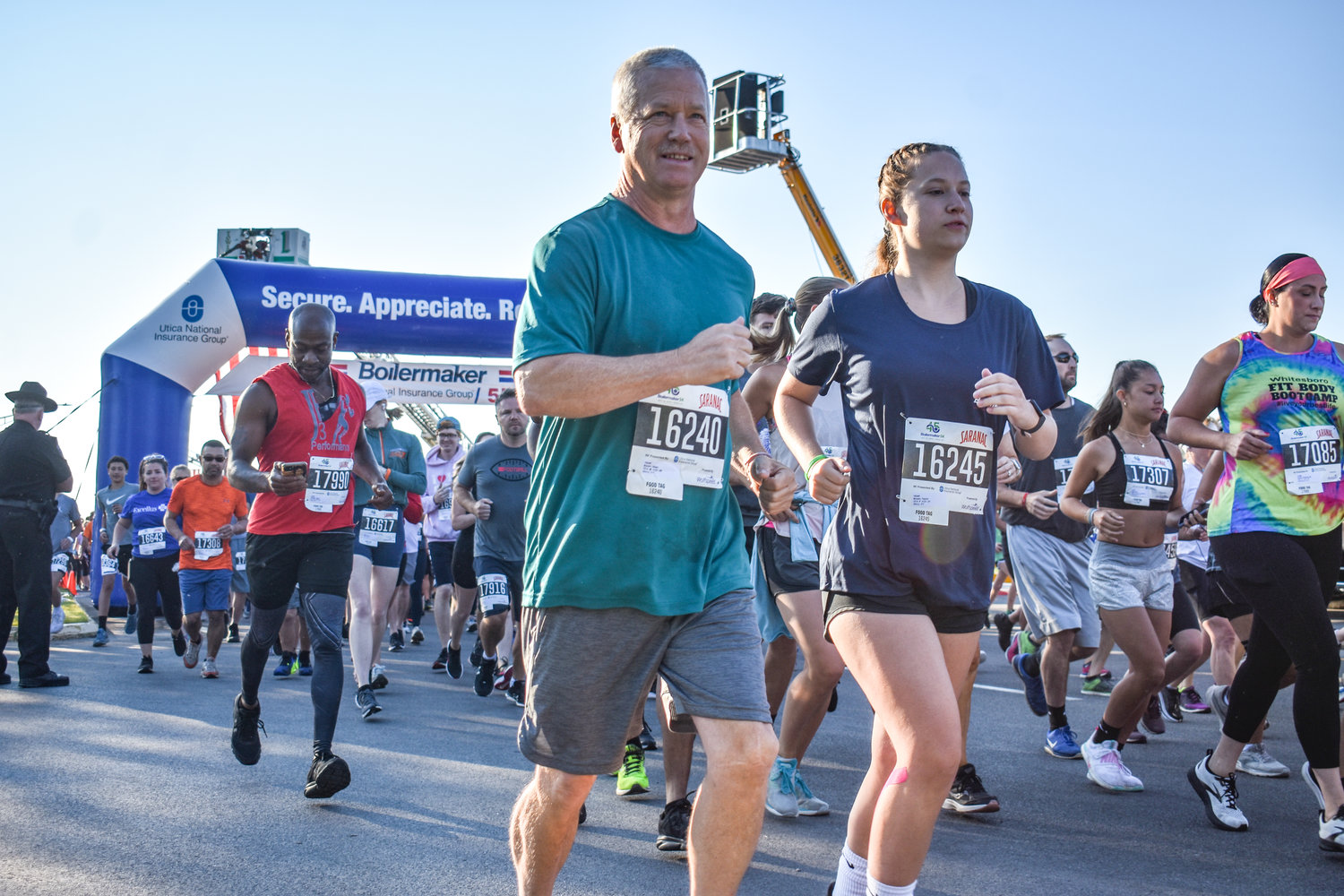 5K runners Dean Brown and Taylor Brown, of Marcy, make their way from the starting line on Burrstone Road for the 2022 Boilermaker.
(Sentinel photo by Carly Stone) 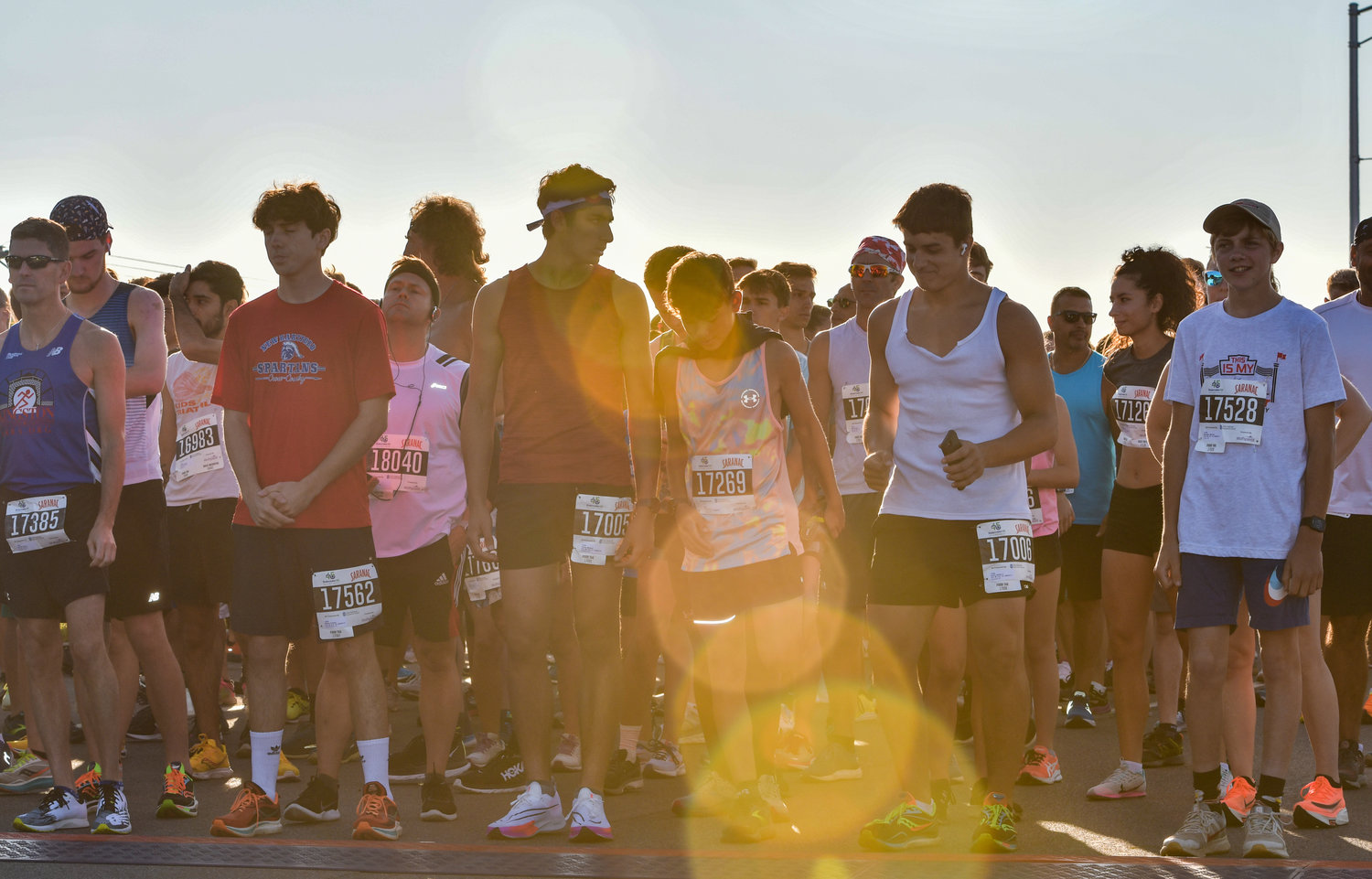 Competitors line up to begin the 2022 Boilermaker 5K on Burrstone Road in Utica on Sunday.
(Sentinel photo by Carly Stone) 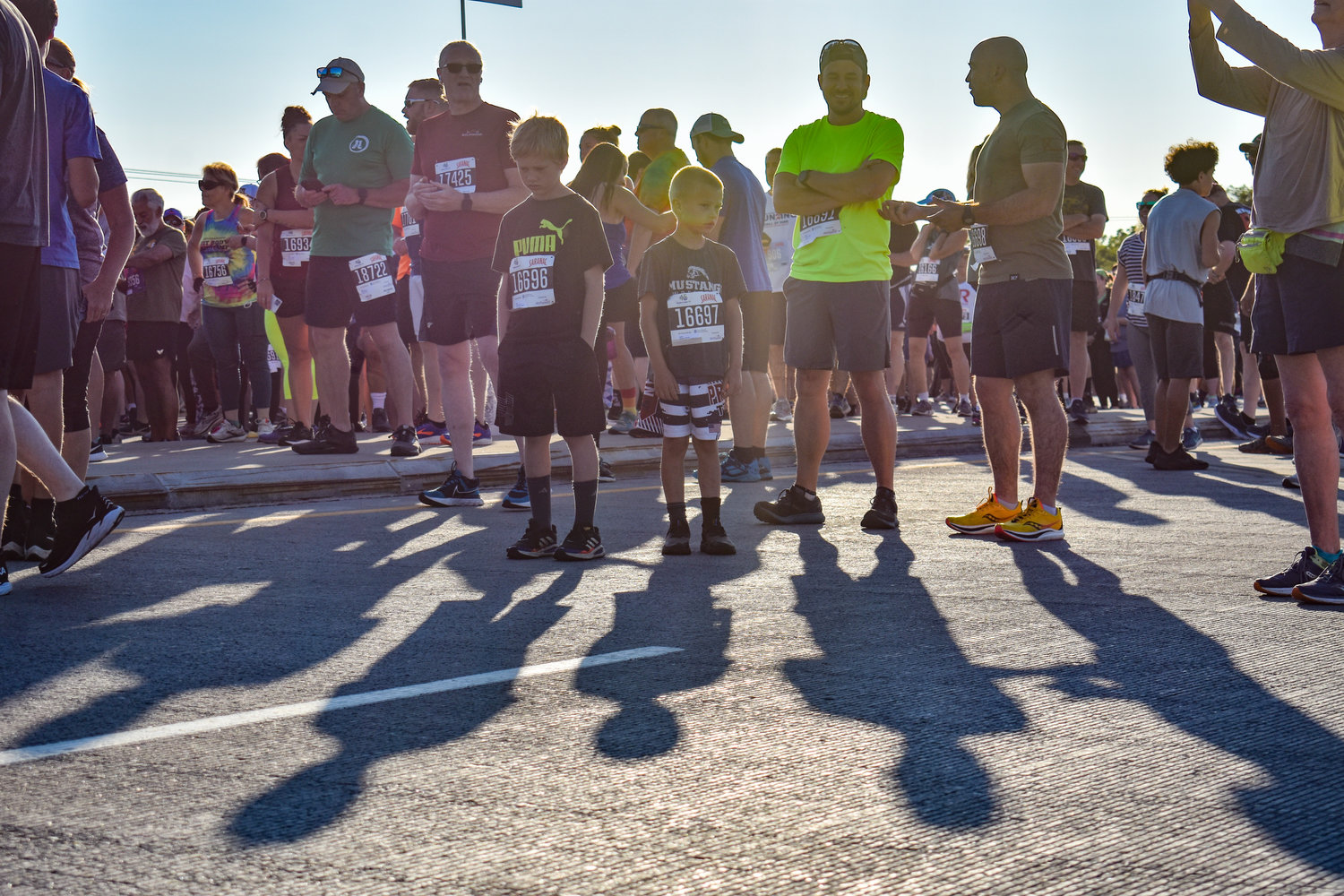 From left, young racers Daniel and Ellis Dziuban cast an impactful shadow next to Billy Gibson and Jeremy Dziuban as they wait to participate in the 2022 Boilermaker 5K.
(Sentinel photo by Carly Stone) 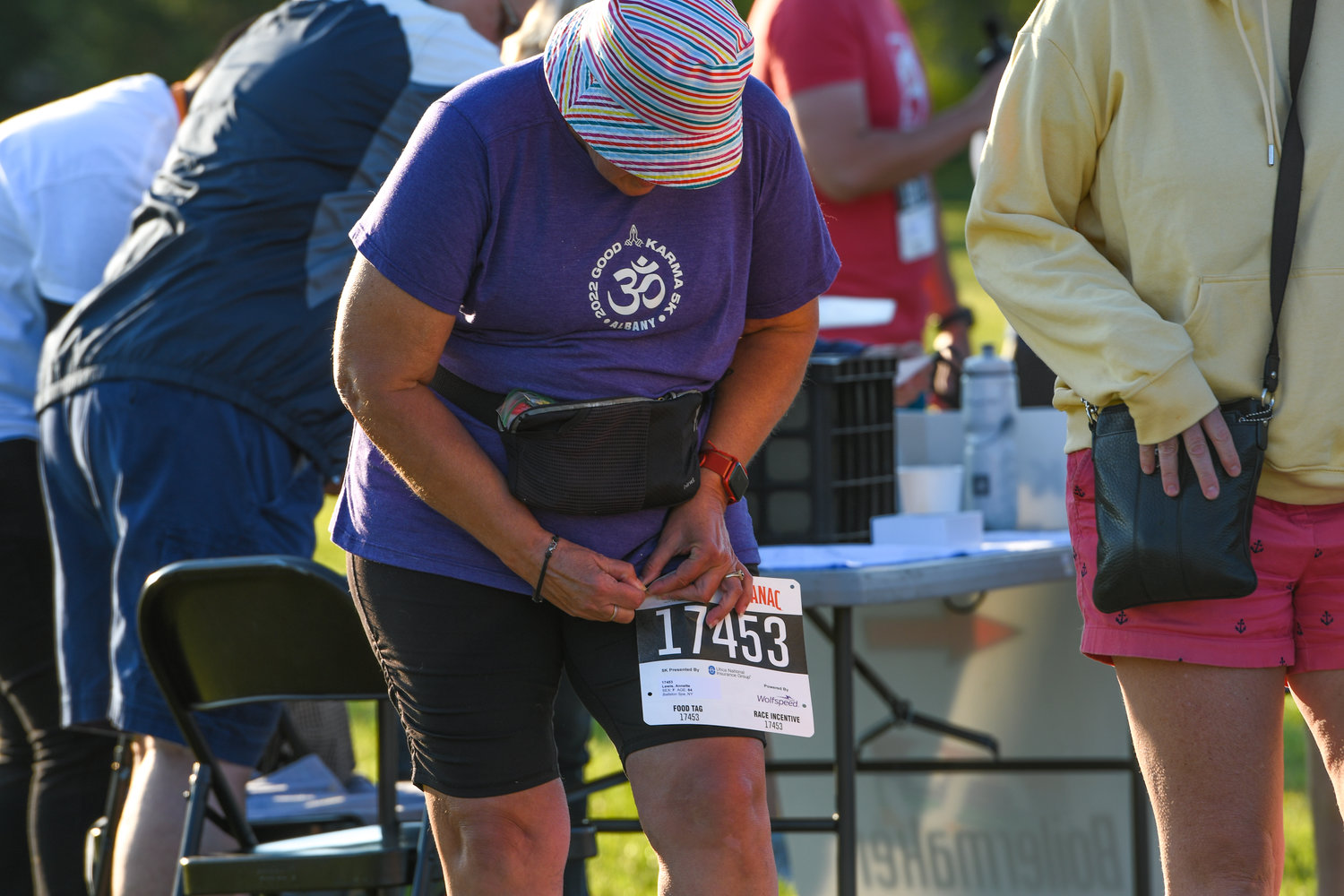 Annette Lewis, from Malta, New York, fastens her bib number on her clothing as she gears up for the 2022 Boilermaker 5K.
(Sentinel photo by Carly Stone) 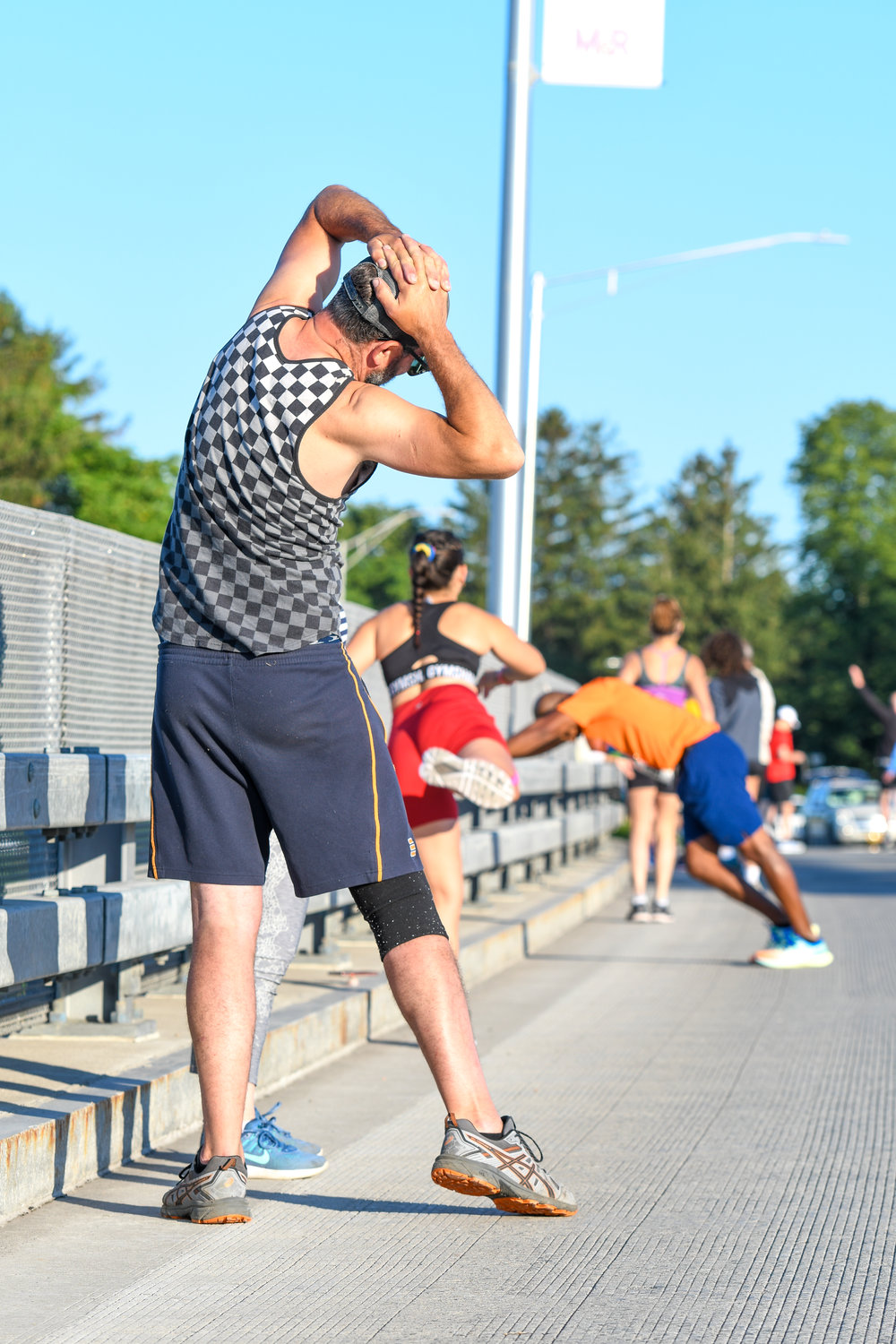 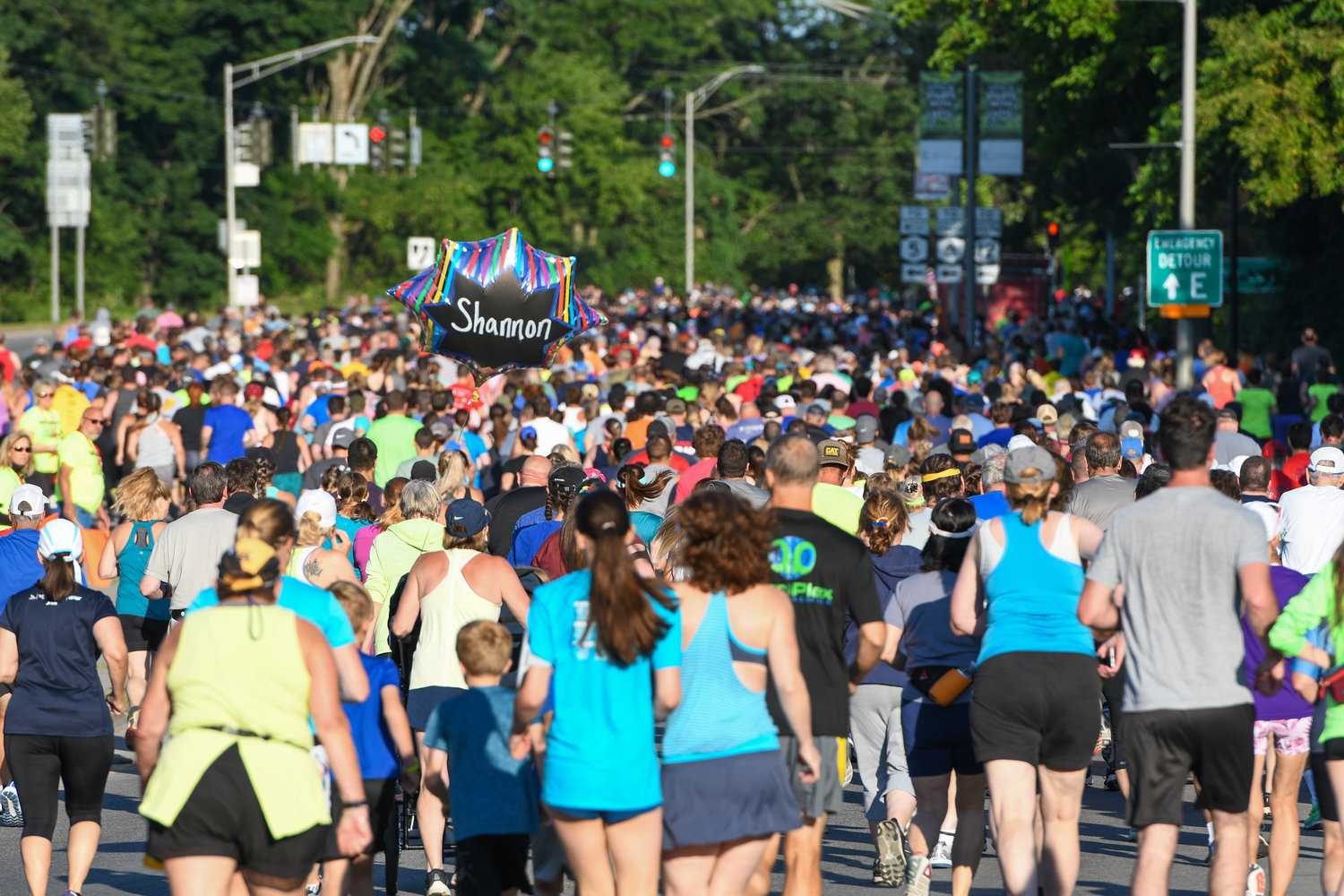 Over 2,000 people signed up to run in the 2022 Boilermaker 5K on Sunday.
(Sentinel photo by Carly Stone) 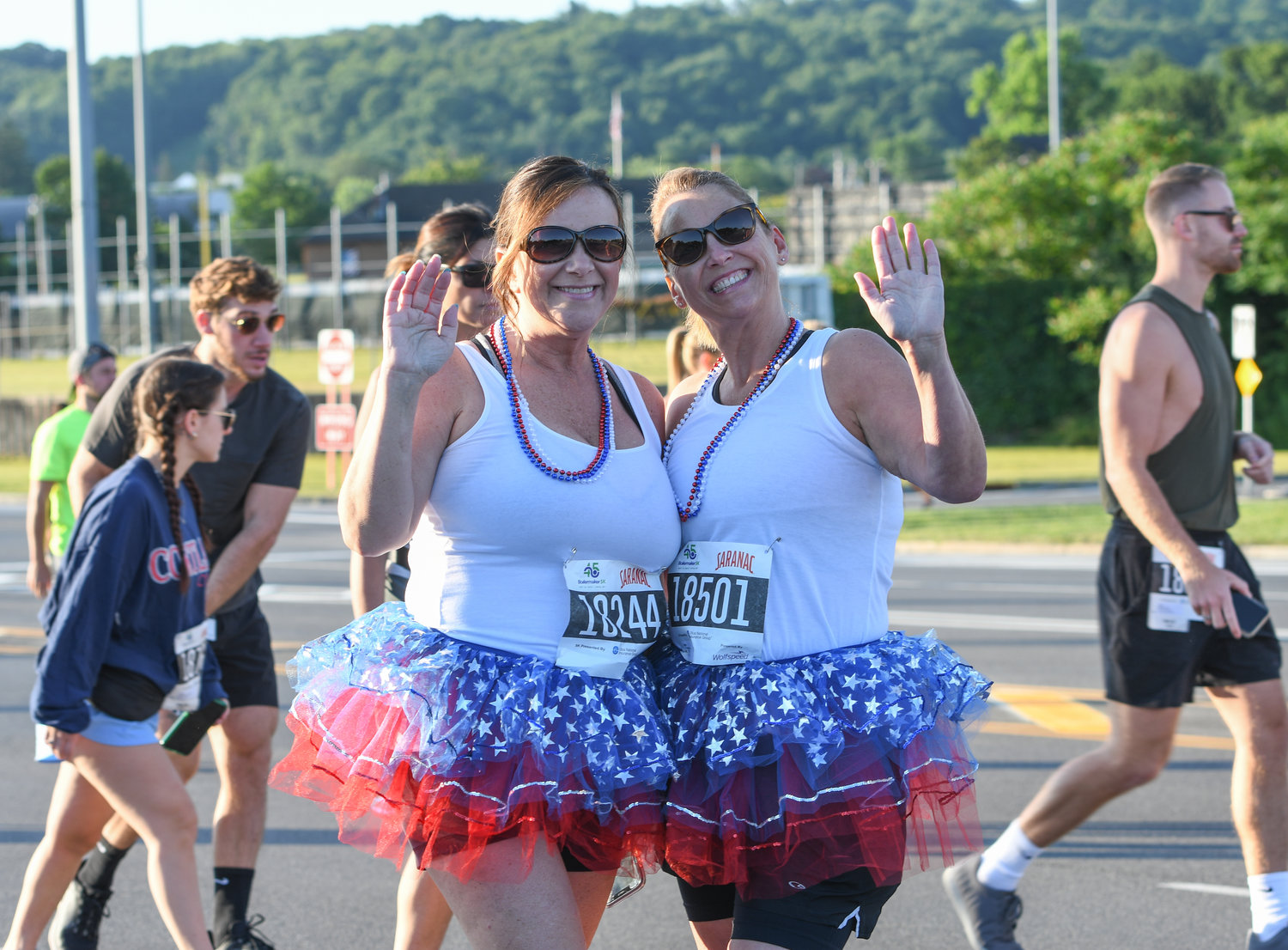 UTICA — Spirits were high and the skies bright as competitors lined up for the 2022 Boilermaker 5K at 7:15 a.m. on Sunday.

Roughly 2,500 runners signed up to take on the last leg of the Boilermaker 15K on Burrstone Road bridge, according to Mary Ruckel, 5K coordinator. In previous years that number averaged around 5,000, she said, but COVID-19 has taken its toll on the race since it usurped the annual competition in 2020, she explained. That year it took on a virtual form, and the year following, it came back in a reduced capacity in October – lining up in jackets to watch the racers just wasn’t the same, she reflected.

Of the thousands preparing to take off, many were inspired by years of tradition, not athleticism. Finishing the race another year and having fun was their primary goal. Annette Lewis from Malta, New York, described herself as a “casual athlete.” She had participated in the Boilermaker 15K since 2009 – this was her first go at the 5K. Her goal for the race? “Finish,” she said.

For eight-year-old twin brothers Landon and Garret Sypek, this was their first 5K with the guidance of their 11-year-old brother Owen, who helped show them the ropes during his second time racing.

“It’s good to get out after it’s been canceled for so long,” said experienced racer Jon Taylor, from Poland, New York. “I’m not typically a runner,” he said, but being a part of the Boilermaker’s huge turnout and celebrating together at the after-party has him returning each year. His goal? “Make it through without hurting myself,” he joked.

For Ruckel, who first started running after the age of 50 and now “runs” the race itself, it’s all worth it. “I’m glad to see it’s coming back,” she said.