As construction continues on the Wynn Hospital in downtown Utica, the fate of the other area hospitals still remain unknown. 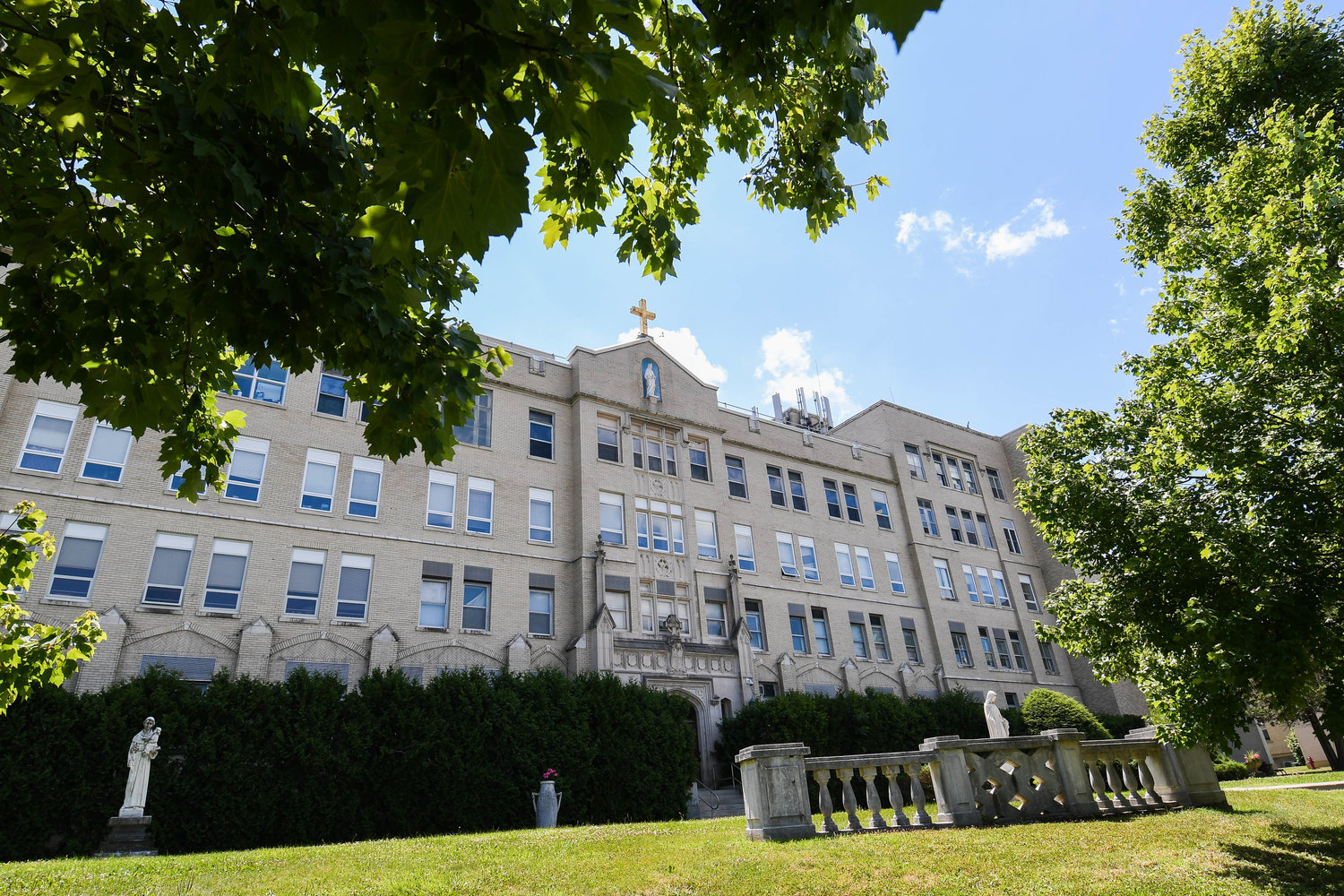 According to local residents who responded to a request for local input by the Genesis Group, suggestions for reuse of the St. Elizabeth Medical Center, 2209 Gensee St., included either renovating or demolishing the building to provide residential housing, assisted living, a corporate and business center, a public safety and courts complex, a Veterans Administration hospital or a public park.
(Sentinel photo by Alex Cooper) 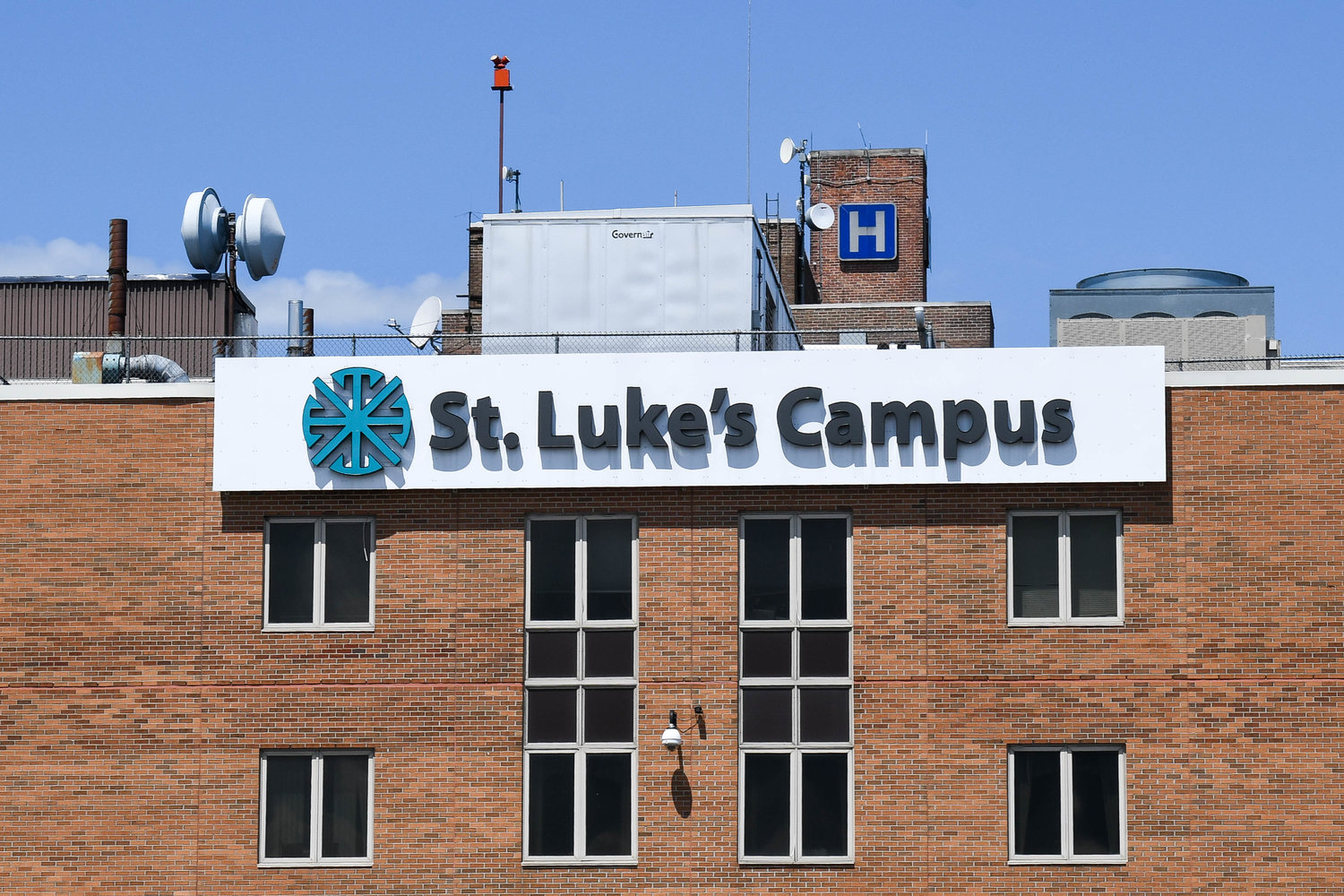 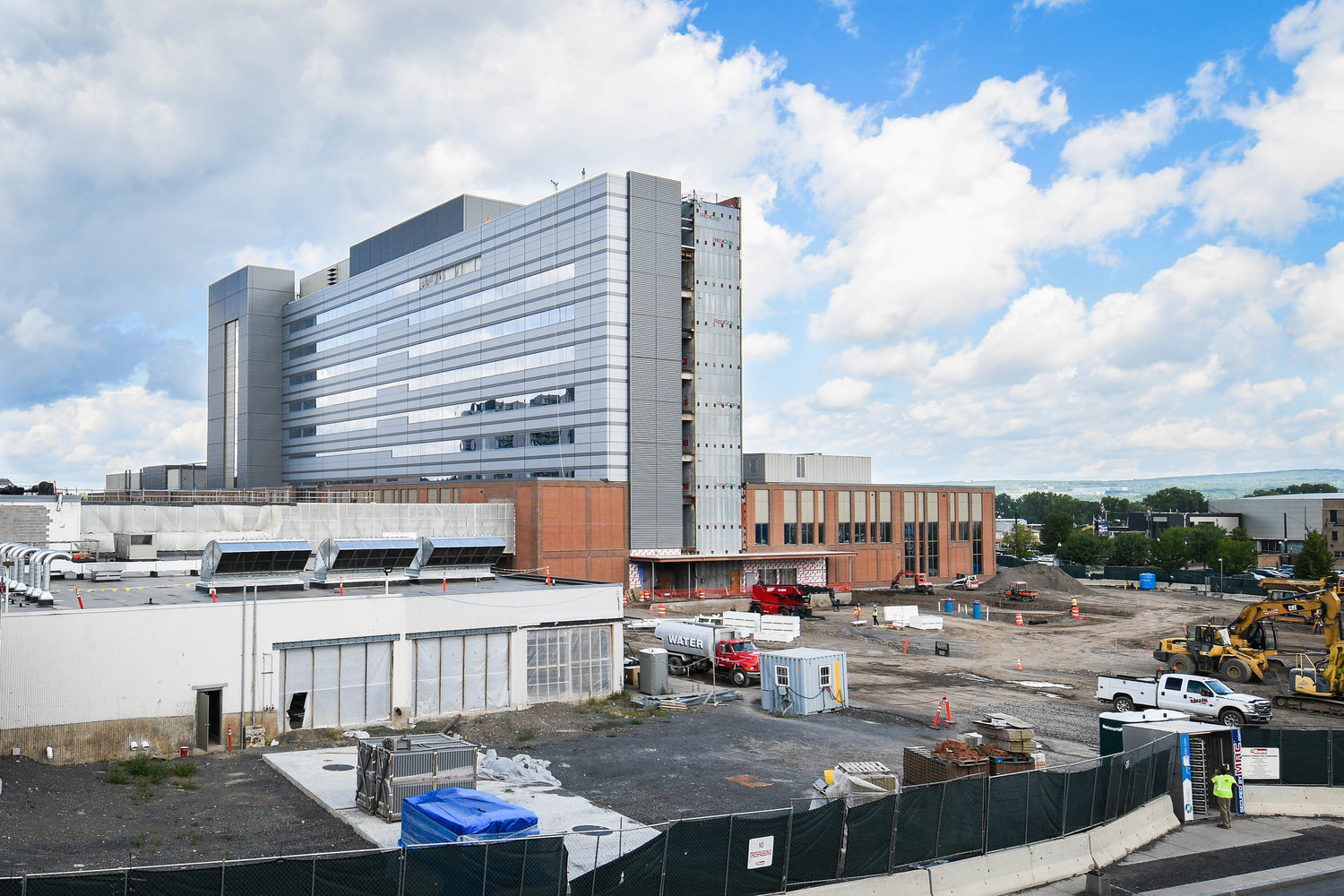 UTICA — As construction continues on the Wynn Hospital in downtown Utica, the fate of the other area hospitals still remain unknown.

According to Mohawk Valley Health System's website, both St. Elizabeth Medical Center and Faxton St. Luke’s Healthcare will shut down upon completion of the new downtown hospital, citing convenience and quality of care by merging services into one hospital.

The Genesis Group of the Mohawk Valley Region recently conducted a public survey requesting input from the community in regards to what should be done to both hospital properties once the Wynn Hospital is complete.

"The community's interest is at hand, they really care," Durso added.

Over a 10 day period, the group received 75 responses offering suggestions on what MVHS should do with both properties.

For St. Elizabeth Medical Center, 2209 Genesee St., suggestions included either renovating or demolishing the building to provide residential housing, assisted living, a corporate and business center, a public safety and courts complex, a VA hospital or a public park.

For Faxton St. Luke’s Healthcare, 1656 Champlin Ave., suggestions included converting the hospital into a nursing home and dementia care facility and many suggestions to offer the property to Utica University.

A detailed summary of suggestions received by The Genesis Group can be found on its Facebook page at facebook.com/thegenesisgroupmv

Durso has provided the suggestions to MVHS, who have already received numerous suggestions as to what they should do with their properties, including a suggestion from the recently released Utica Housing Study to demolish St. Elisabeth Medical Center and to redevelop the land for rental units and single family housing.

Bob Scholefield, executive vice president and chief operating officer at Mohawk Valley Health System, said that MVHS has previously taken measures to seek public input regarding both hospital properties and will strategically market the properties for renovation or redevelopment.

"MVHS performed a repurposing study in 2019 that looked at potential uses for the properties and included a public survey and interviews of the business owners, neighbors and elected officials from the surrounding areas," said Scholefield. "This information is being used in the marketing of the sale of the properties. The final determination of what will be done with the properties will be made based on who purchases the properties."

"MVHS has stated from the beginning that it's vital to find buyers and developers for the properties who can enhance and support the surrounding communities," Scholefield added.

Construction of the new hospital is on track to be completed by August 2023 and the facility is scheduled to be operational by October 2023.