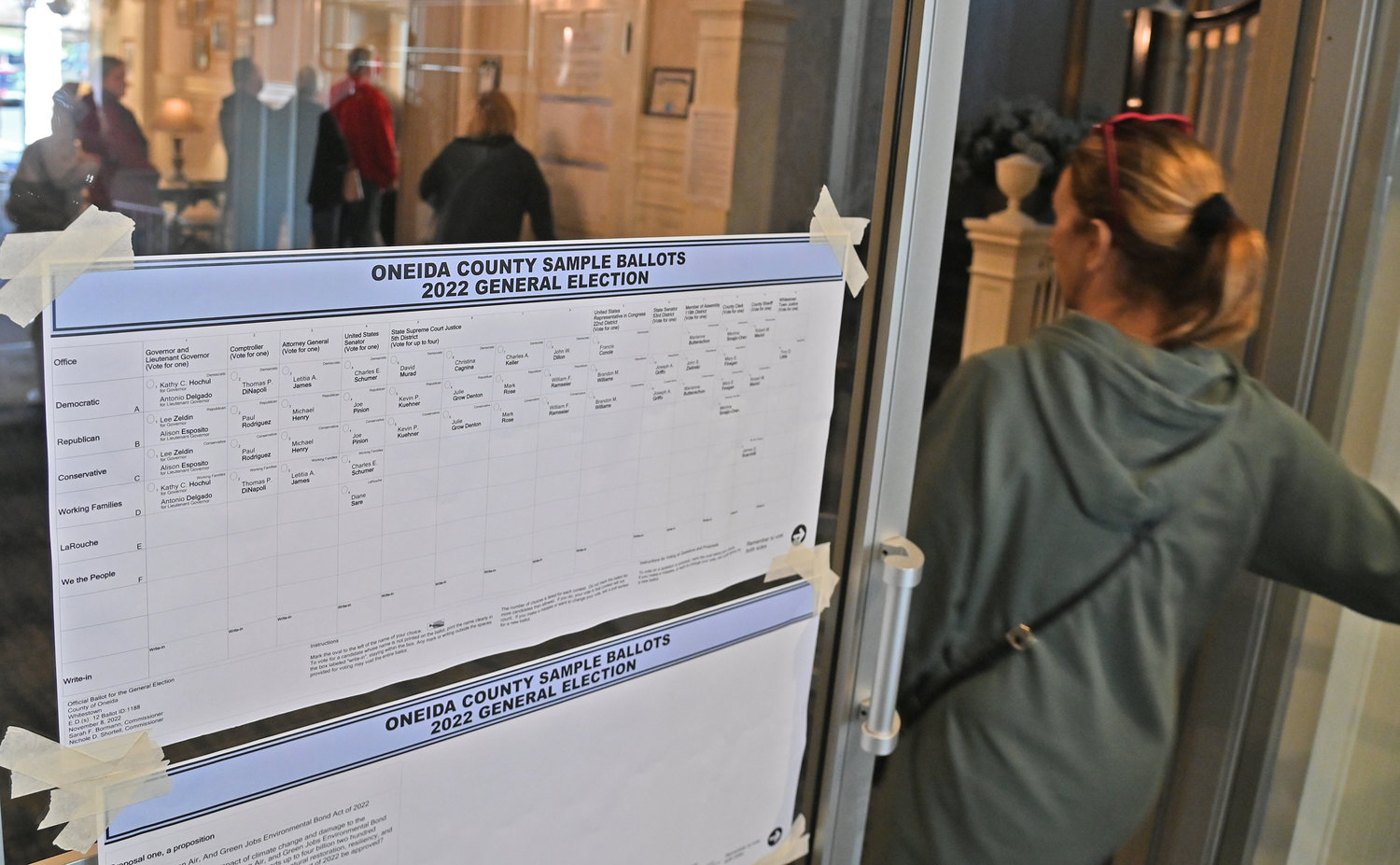 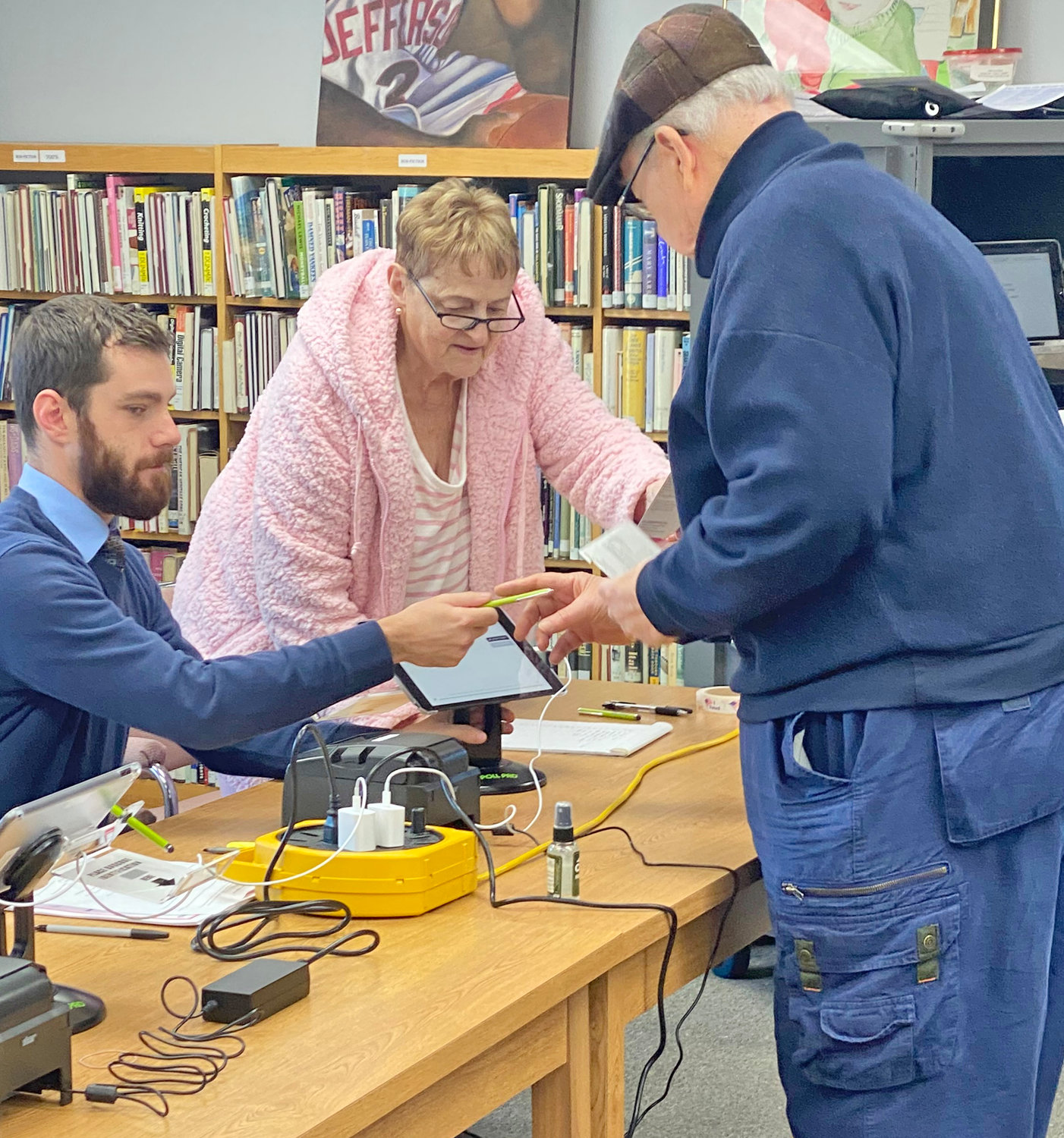 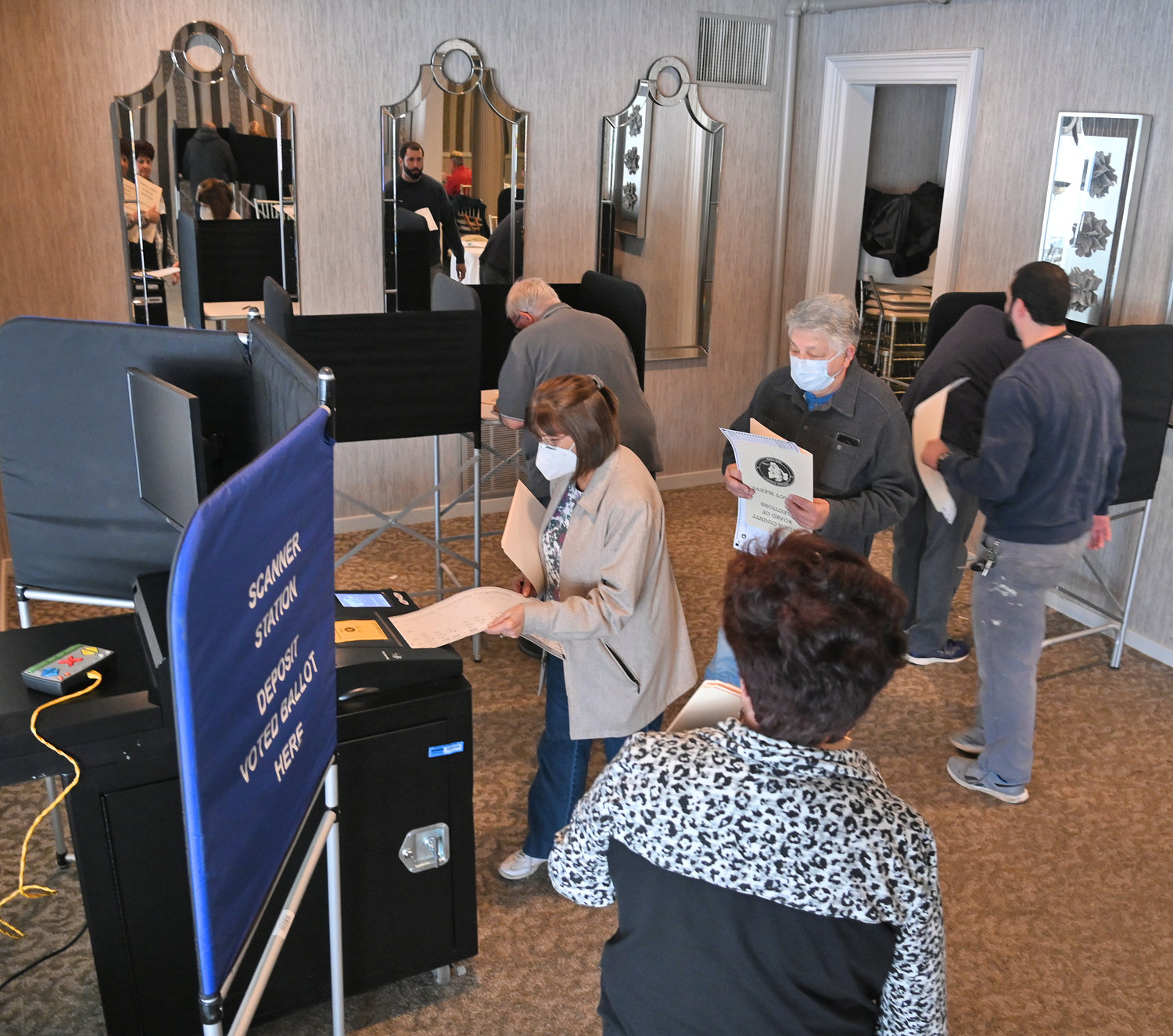 There was brisk voting Tuesday at Hart's Hill Inn in Whitesboro as well as at polling stations across the region. Oneida County election commissioners reported a busy day at the polls, with some 4,500 to 4,700 voters each hour going to cast their ballots across the county during peak times.
(Sentinel photo by John Clifford)
Previous Next
Posted Tuesday, November 8, 2022 2:22 pm
Mike Jaquays
Staff writer
email
UTICA — Oneida County Democratic Election Commissioner Sarah Bormann and Republican Election Commissioner Nichole Shortell reported an "amazing" Election Day turnout midday during the midterm elections.
Reporting together shortly before 1 p.m. Tuesday via speaker phone to ensure bipartisanship, Shortell and Bormann answered reports made to the Daily Sentinel earlier in the day regarding long lines and even someone claiming to have been turned away from casting a ballot at Hart's Hill Inn in Whitesboro.
There was an issue with the new technology — a "bump in the road," Bormann and Shortell said — at Hart's Hill Inn, but nobody would have been turned away as they had the backup plan of casting paper ballots readily available.
As for reports of longer than expected lines at the polls, Shortell and Bormann said that was simply because the polling places were so busy. By midday, there had already been more than 26,500 votes cast in Oneida County, they said.
There were some 4,500-4,700 voters going to the polls per hour for a turnout that was higher than anticipated, the commissioners agreed.
Eligible voters had until 9 p.m. Tuesday to cast their ballots — with races for Congress, U.S. Senate, New York State governor, comptroller and several state Assembly and Senate races as well as several local races to be decided.
Election results too late for the Daily Sentinel print edition will be updated on the newspaper’s website at www.ursentinel.com.
The state attorney general’s office reminds voters that if they are in line before closing, they must be allowed to vote. In addition, all registered voters have the right to vote free from coercion or intimidation, whether by election officials or any other person. The office is once again staffing an election protection toll-free hotline to help voters better understand the process at 1-866-390-2992.