Everything surrounding the American Hockey League meeting between the Utica Comets and Wilkes-Barre/Scranton Penguins is on the unprecedented side. 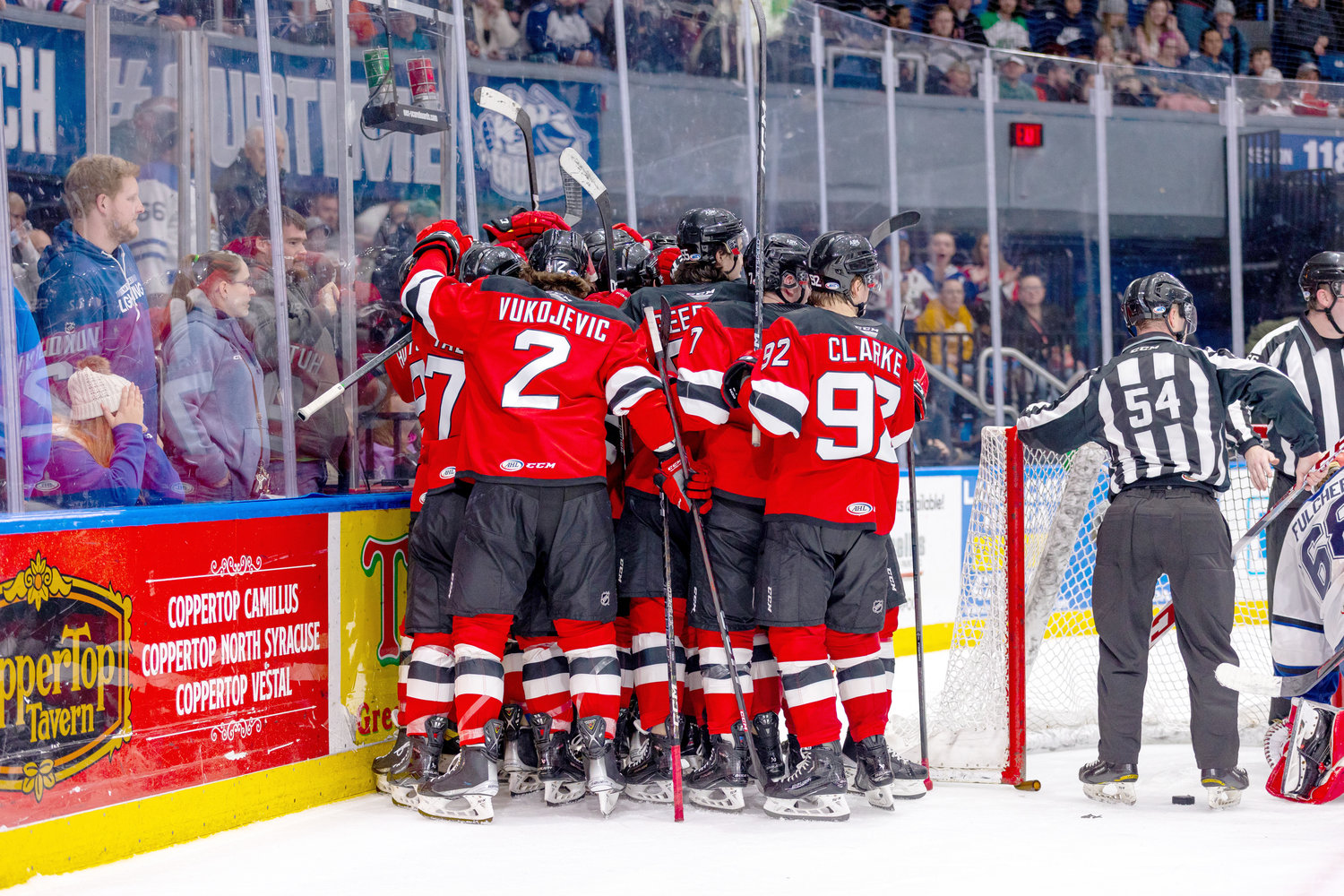 UTICA — Everything surrounding the meeting is on the unprecedented side.

The Utica Comets’ game scheduled for Tuesday night against the visiting Wilkes-Barre/Scranton Penguins isn’t really routine, after all.

Tuesday marks 99 days since the teams started their game — at the time, it was the Comets’ home opener in honor of the 35th anniversary of the Utica Devils — that ultimately had to be suspended and postponed due to a power outage.

The game at the Adirondack Bank Center is set to pick up where it left off Oct. 17 with Utica leading 2-1 over the Penguins when the teams were involved in a scrum near the end of the second period. As the officials were sorting out those penalties, the power in the entire building went out with 2:43 remaining in the period.

“Safe to say, it is going to be the first time in my career (for this),” said Comets forward Joe Gambardella, who has played in more than 300 pro games between regular-season and postseason in the American Hockey League and NHL. “Obviously, it is something we’ve never seen before. It is going to be interesting to see how that goes. ... You just have to face it like a normal game.”

Gambardella noted the Comets also play at 7 p.m. Wednesday. The rescheduled game was shoe-horned in with the rest of the schedule as Utica gets a visit from Charlotte. The Comets also play Friday at Syracuse before closing a busy 13-game (plus almost 23 minutes) month of January on Saturday vs. Providence.

“(Tuesday) is kind of a good way to get our legs going and build momentum into the Wednesday game,” Gambardella said.

Nolan Foote and Nick Hutchison had scored in the first period back in October to help Utica lead 2-1. Nico Daws had stopped 19 of 20 shots when the game was halted.

Everyone that played in October remains on the Comets’ roster. It is unclear what, if any, changes there could be to the lineup Tuesday.

Utica and WBS will play the final 2:43 of the second period with the Comets on the penalty kill as Mason Geertsen had been given an unsportsmanlike conduct infraction when that scrum happened.

It is all new for Comets coach Kevin Dineen, who has been behind the bench for more than 700 AHL games, and coached in the NHL for parts of eight seasons. And, he played more than 1,200 NHL games between regular-season and postseason.

“It is a really unique situation,” Dineen recently said. “It is hard to game-plan for that. ... Easy part for me is that we have a great veteran core that is really solid. They’ll make sure our players are prepared to play a shortened game.”

After the second period is completed Tuesday, there will be a short timeout before the teams play the final 20 minutes. The whole thing could be over before the clock strikes 8 p.m.

The Comets said the first 500 fans that visit the team’s fan zone in the arena concourse will receive “Blacked Out At The Adirondack Bank Center” pins. The team also noted the junior-level Comets team will play after the AHL game ends.

After falling for the fourth consecutive meeting against Syracuse on Friday in a 2-0 loss, the Comets got in the win column the next day against their closest geographical rival.

Foote — who returned to the Comets’ lineup after being assigned Thursday — scored 12 seconds into overtime to help the Comets improve to 1-4-0-0 against Syracuse this season.

The win helped Utica improve to 20-12-5-1 overall with 46 points. The team remains in second place in the North with a four-point lead on third-place Syracuse and five-point advantage over fourth-place Rochester.

Utica also got help from its special teams with a shorthanded goal from captain Ryan Schmelzer and a power-play goal by Graeme Clarke.

Akira Schmid totaled 28 saves for Utica to improve to 7-1-1 against Syracuse in two season. He also became the fifth goaltender to reach 30 career wins with the Comets.

He’s four from tying Joe Cannata for fourth on the Comets’ wins list.

Dineen is now four from tying Ken Gernander (388) for seventh on the AHL career wins list.

Combined with his NHL wins, Dineen has 441 victories at the pro level.

On Monday, the Comets announced they acquired forward Filip Engaras from the Bakersfield Condors in exchange for forward Garrett Van Wyhe in a depth move.

Van Wyhe had been signed to an AHL deal but had spent the season with ECHL Adirondack.

The 23-year-old Engaras will report to Utica. He has two goals in 16 AHL games over the last two seasons.

Engaras was drafted by Edmonton in the sixth round of the 2020 draft.