REVIEW: Come and feel ‘Next to Normal’ with RCT show

The regular season for the Rome Community Theater, 8911 Turin Road, ended inJune with its production of the light drama “Geezers.”

REVIEW: Come and feel ‘Next to Normal’ with RCT show 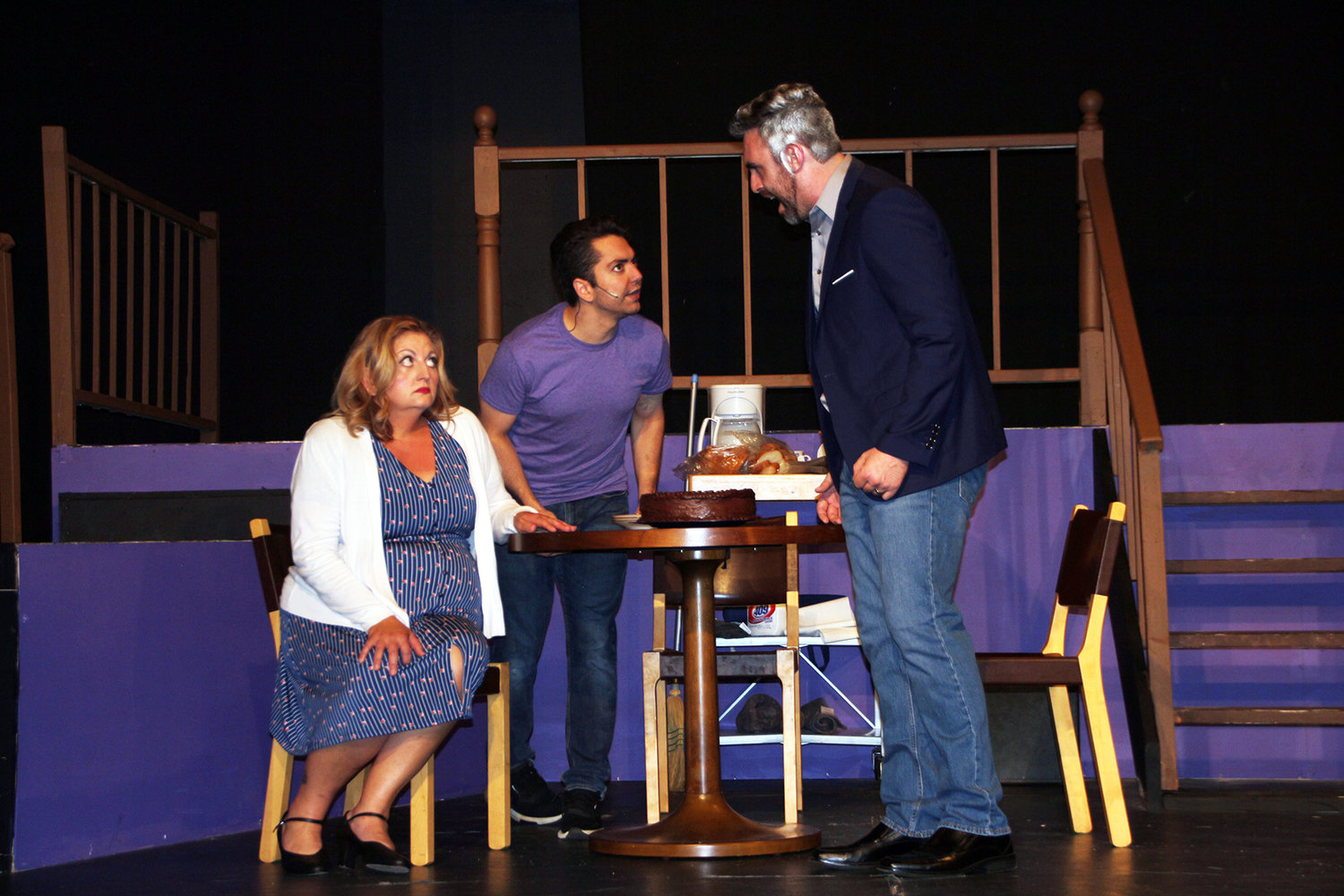 Members of the cast of ‘Next to Normal,’ from left Jessica Sargent-Wilk, Chris Toia and Shane Archer Reed, perform a scene. The musical, received wide acclaim upon its release in 2009, and the local production is also garnering high praise for its ambition and execution.
(Photo courtesy Arnie Galin)
Posted Thursday, August 11, 2022 11:20 am
AJ Parker, Special to the Daily Sentinel

The regular season for the Rome Community Theater, 8911 Turin Road, ended in June with its production of the light drama “Geezers.” But the RCT has taken on a special show this summer — a musical that garnered high acclaim upon its initial premiere in 2009, including several Tony Awards and a Pulitzer Prize.

While such acclaim could seem intimidating to any company that would try to take on a work like “Next to Normal,” but the RCT company rose far above that potential pressure to deliver something truly special.

The first thing you should know about this show is a few words of warning. It deals with very serious issues, including grief, trauma, mental illness, suicide, drug use, and fractured family dynamics. These issues are baked into the very fabric of the show itself and are unavoidable. In fact, the show rarely allows you an escape from issues that some would rather ignore in a night out at the theater.

The story centers on Diana, a woman with a severe mental illness brought about by a
family trauma, and explores the effect it has on her, her husband, Dan, her teenage daughter Natalie, and other characters through the lens of a rock musical.

The performances of this cast are exceptional all around, especially considering the heavy material they have to deal with. Using various theatrical techniques, we are brought into the world of someone whose mind is on the edge, with the staging and musical compositions often morphing into a cacophony that matches its subject’s psychosis.

Its disparate subjects sometimes seem to share the stage all at once.

At times, the lights may strobe, another thing that sensitive viewers may want to be aware of. But there was something more notable than anything about the physical production of a show that I’ve never seen before; I actually felt, deep inside of myself, an uncomfortable feeling in watching the show play out. The show doesn’t offer much in the way of a release from that feeling, a shock to your system as it peels itself back and delivers something that feels uncomfortably true.

It is a feeling that demonstrates how much the show works and how the audience can come to understand these characters, as much as they can be even understood at all, and to connect with the material and the way it refuses to take the easy way out at
any point. It forces you to think deeply about issues that are too big to magically conquer, as much as we like to believe that we can.

If any of this sounds like a grievance, I can assure you that it is not. I mean every word of this as the highest possible compliment. What director Justin Jones and his production team managed to deliver is impressive to say the least.

The fact that this young man was willing to take on a show of such enormous emotional scope and make a production like this out of it is unimaginable to me. I wouldn’t even know where to begin with this material, and I can’t imagine how the cast can even perform it more than once.

It takes real dedication, boldness, and talent to rise to an immense challenge like this in spite of genuine risk and to exceed as all involved in this production have. It’s safe to say that I will never forget the experience I had, and I highly recommend that you experience it for yourself.

Editor’s note: A.J. Parker, who reviews productions for the Daily Sentinel, is a member of Rome Community Theater.