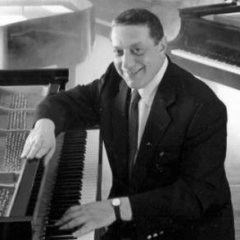 Not as well known, however, is that the album’s string arranger and scorer was Utica native Salvatore “Torrie” Zito.

A gifted pianist, arranger, composer and conductor, Zito was born on Oct. 12, 1933, in Utica. His career began in local clubs generally as an accompanist. In his early 20’s, Zito moved to Manhattan to follow his dream. While in New York City, his career steadily took off.

Among Zito’s first jobs were working with saxophonist James Moody on his album “Moody with Strings,” and then in 1961 with Bobby Darin on “Love Swings.” A major break followed when he began working on Perry Como’s television show.

Working with Carole King on her 1964 “A Taste of Honey” followed, and then he arranged two songs for legendary Frank Sinatra, “Everybody Has The Right To Be Wrong” and “I Only Miss Her When I Think Of Her.” In 1966, he reunited with Como on Como’s “Lightly Latin” album.

He then linked up with crooner Tony Bennett and his reputation in the industry solidified.

For seven years, Zito worked with Bennett on tour and albums. He wrote, conducted, played piano and did as many as “50 other things” for him according to an interview he had with the Jazz Archive in 1974. While working with Bennett, the two had accompaniment by bands associated with Count Basie and Woody Herman. The last time he worked with Bennett was on Bennett’s 2008 album “A Swingin’ Christmas Album,” and he received a nomination for a Grammy Award as a result. Bennett said in an email to the New York Times upon learning that Zito had passed away “(He) gave me the greatest musical education I ever had.” High praise indeed from one of the greats ever.

In between, Zito worked with a host of popular singers such as Sinead O’Connor, Carly Simon, George Michael, Clay Aiken, and Liza Minelli. He appeared with and arranged for Doc Severinsen, the bandleader on Johnny Carson’s The Tonight Show. Musicians like Cannonball Adderly and Herbie Mann took up jazz combinations Zito wrote and recorded them.

Zito passed away on Dec. 3, 2009, in New York City. He left his wife, noted jazz vocalist Helen Merrill who was a frequent collaborator with him, a daughter, Lisa, from a previous marriage, and a step-son, singer-songwriter Alan Merrill who is best known for his 1975 work “I Love Rock ‘N’ Roll.” In addition, Zito’s brother Ronnie survived him.

It is fitting to note that Ronnie Zito is a well-known and still working drummer. Born on Feb. 17, 1939, Ronnie spent more than 50 years as a member of Woody Herman’s band. He played with singers such as Peggy Lee, Cher, Roberta Flack, and Eartha Kitt, and worked on Broadway in the musicals “Grand Hotel” and “Chicago.”

A graduate of Utica Free Academy, Ronnie began performing at age 10, spent four years (1958-1961) with Bobby Darin, worked with Paul Anka in Las Vegas, and played with Barry Manilow at the Copacabana. He also worked on radio and television commercials.