COLUMN: It’s the season for pumpkins

Pumpkins are a warm season vegetable grown throughout the United States. Besides being used as jack-o-lanterns, pumpkin is great to eat in pies, breads, butters, soups and more.

COLUMN: It’s the season for pumpkins 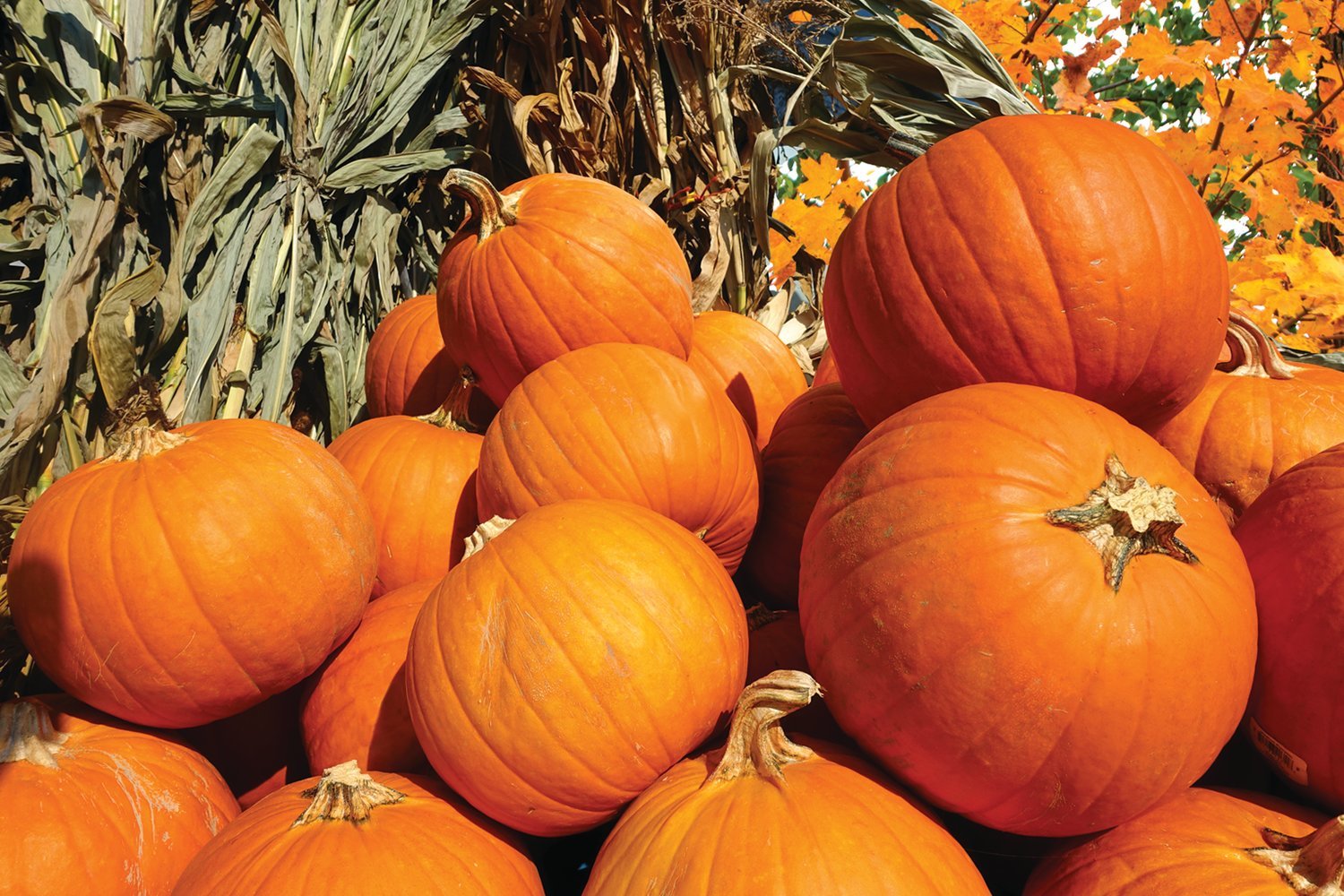 Pumpkin is the easiest vegetable to grow, even for a beginner gardener. It is a tender vegetable meaning the seeds won’t germinate well in cold soil; you don’t want to plant too early in the spring.
(File image)
Posted Sunday, October 23, 2022 11:00 am
Rosanne LoParco
Sentinel columnist

Pumpkins are a warm season vegetable grown throughout the United States. Besides being used as jack-o-lanterns, pumpkin is great to eat in pies, breads, butters, soups and more. Pumpkin flowers are edible and the seeds can be roasted for a nutritious snack. The orange color of most pumpkins is an indicator of its nutritional value; it’s loaded with the antioxidant beta-carotene, a vital nutrient for overall health. Pumpkin is also a good source of potassium and Vitamin A.

Pumpkin is the easiest vegetable to grow, even for a beginner gardener. It is a tender vegetable meaning the seeds won’t germinate well in cold soil; you don’t want to plant too early in the spring. Sow seeds directly into the ground in late May or early June once soil temperatures are warm. Most pumpkin varieties require between 90 and 120 days to reach maturity.

Although pumpkins can be started indoors in early spring, they don’t like to have their roots disturbed and can be difficult to transplant. Since they are such fast growers, pumpkin seeds can be easily sown directly into the garden. Pumpkins need full sun and well-drained soil high in organic matter such as compost. Pumpkins have a shallow root system; it’s important to weed early and often to avoid root disruption. Consider a one-inch layer of mulch around the plants to help with weed control and moisture retention. Aim for about an inch of water a week in the absence of rainfall.

Pumpkin varieties vary from large vining types to semi-bush to miniature. Pay close attention to which kind of pumpkin you plan to plant; some have the potential to get very large and could easily exceed the space of your garden. Read the information on the seed packet so that you select a variety best suited to your space. All pumpkins should be harvested before the first frost.

When buying a pumpkin, look for one with one or two inches of stem left. If the stem is cut down too low the pumpkin will decay quickly. Avoid pumpkins with blemishes or soft spots. Pumpkin may be preserved by canning, freezing or drying as well as cooking. Pie pumpkins are smaller and with their flesh being sweeter and less watery, they make for good cooking. However, your jack-o-lantern pumpkin can also be used for cooking once Halloween is over. Here’s a great fact sheet from CCE of Saratoga County on how to make your own pumpkin puree https://ccesaratoga.org/resources/homemade-pumpkin-puree.

Don’t forget to save pumpkin seeds and roast them for a healthy snack; a great recipe can be found at the University of Maine Cooperative Extension at https://extension.umaine.edu/food-health/recipes/roasted-pumpkin-seeds.

Do some research over the winter months, once seed catalogs are ready, to find the best pumpkin to grow in your garden next year.

For more information about gardening, visit our CCE website at http://cceoneida.com/ Home and garden questions can be emailed to homeandgarden@cornell.edu or call 315-736-3394, press 1 and then Ext 333. Leave your question, name and phone number. Questions are answered weekdays, 8am to 4 pm.