Colleges unveil series on issues of justice, policing and race

UTICA — Six colleges in the Mohawk Valley are lending their expertise to improving racial equity in the local criminal justice system, and launching a lecture and webinar …

Colleges unveil series on issues of justice, policing and race 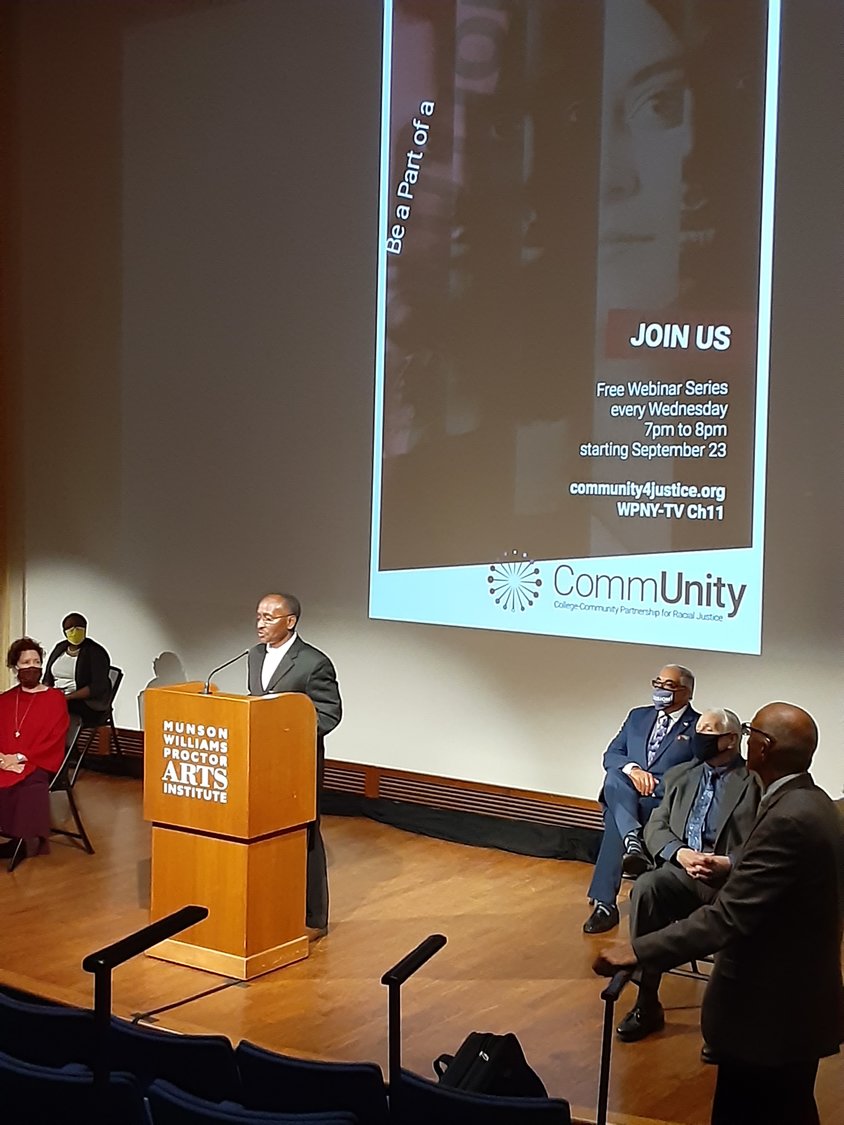 WORKING TOGETHER — Patrick Johnson of Utica speaks in the auditorium at the Munson-Williams-Proctor Arts Institute with other panelists to announce a series of lectures and webinars on policing and justice-system reform involving several colleges in Oneida and Herkimer counties from Sept. 23 through Oct. 14. The goal is to help local governments meet an April deadline in New York to develop plans for police reform. Details are at community4justice.org. (Sentinel photo by David Hill)
Posted Thursday, September 17, 2020 4:00 pm
David Hill
Staff writer
email

UTICA — Six colleges in the Mohawk Valley are lending their expertise to improving racial equity in the local criminal justice system, and launching a lecture and webinar series along with a survey of attitudes toward the topic in Oneida and Herkimer Counties.

Representatives from the colleges gathered in Utica Wednesday to promote their plans and the series, and to encourage residents to make their views known.

“We want to inform and create dialogue. That’s what colleges are good at,” said Frank Anechiarico, the Maynard-Knox Professor of Government and Law at Hamilton College, and the master of ceremonies at Wednesday’s announcement and press conference at the Munson-Williams-Proctor Arts Institute auditorium.

Also participating at the Community Foundation of Herkimer and Oneida Counties, and the Mohawk Valley Frontiers Club.

The group was formed in response to an executive order given in June by Gov. Andrew Cuomo directing all jurisdictions with police agencies to develop plans for reforming police. The order came after the death by a police officer of forgery suspect George Floyd in Minnesota in May.

In addition to being online, the series will be broadcast on WPNY-TV, channel 11, or digital 20.2, and on most cable systems. Viewers in the webinar who sign up may take part in a chat session and ask questions.

The first is 7-8:30 p.m. Wednesday, “Black Lives Matter: The Movement and its Importance to All of us.” Scheduled presenters are history and criminal justice professors at Utica College, with response by Utica Common Council member Delvin Moody.

Other topics include systemic and institutional racism, best practices for police training and reform, understanding the use of force, the role of courts including plea bargaining’s effects on marginalized people and restorative justice as an alternative; correctional policy and re-entry best practices; domestic violence and mental health interventions; and a look at next steps toward accountability and reform. The group also is involved with a survey by Zogby Analytics of residents of Oneida and Herkimer Counties and funded by Hamilton College’s Levitt Center for Public Affairs and conducted by Zogby Analytics.

Residents may respond also by sending a text message containing “MVJustice” to 898211. The text response uses the Community Foundation’s 211 information system and is funded by the United Way.

Survey data will be analyzed in a Law and Justice Lab course at Hamilton College, and a corresponding Utica College course will collect and analyze data from interviews with criminal justice administrators in jurisdictions. Both courses will also research and compile evidence-based best practices intended to ensure racial equity.

The group has contacted all 24 jurisdictions in the two counties with police agencies, Anechiarico said.

““We are marshaling our resources to provide research and other aid to local governments as they respond to the governor’s police reform mandate issued back in June. But let’s not stop there. We want to help to make the cities and the towns in the Mohawk Valley models of inclusive public safety.

But the group also wants colleges to have a longer-term role in examining issues of equity beyond policing and criminal justice, Wednesday’s panelists said. One role for the colleges is to help monitor justice policies to make sure they’re working as the communities want, Anechiarico said.

Among Wednesday’s speakers was Patrick Johnson of Utica, a veteran consultant on racial issues in that city and elsewhere in the region, and a leader of the gun-violence prevention organization Save Our Streets. One of his goals, he said, is to help people less affected by racism to understand its pervasiveness and show how racism makes those more affected vulnerable to violent crime.

“I’m often talking about the racism that otherwise well intended, good people, particularly white people, don’t see, because the snake of racism does not bite them the way that it does other people. So often it happens not in malicious ways but ways that are very subtle and unconscious,” Johnson said.

“When, for example, when people put boards and committees boards together, and when people get together to make decisions for our community without black people and brown people and other people being marginalized, that is how racism takes place. It’s often not intentional. But yet it still has a very profound impact for people who are marginalized when they’re not at the table speaking for their neighborhoods and communities.”

The lecture and webinar series will be broadcast on WPNY-TV Channel 11, digital 20.2, and online. To register, go to community4justice.org. 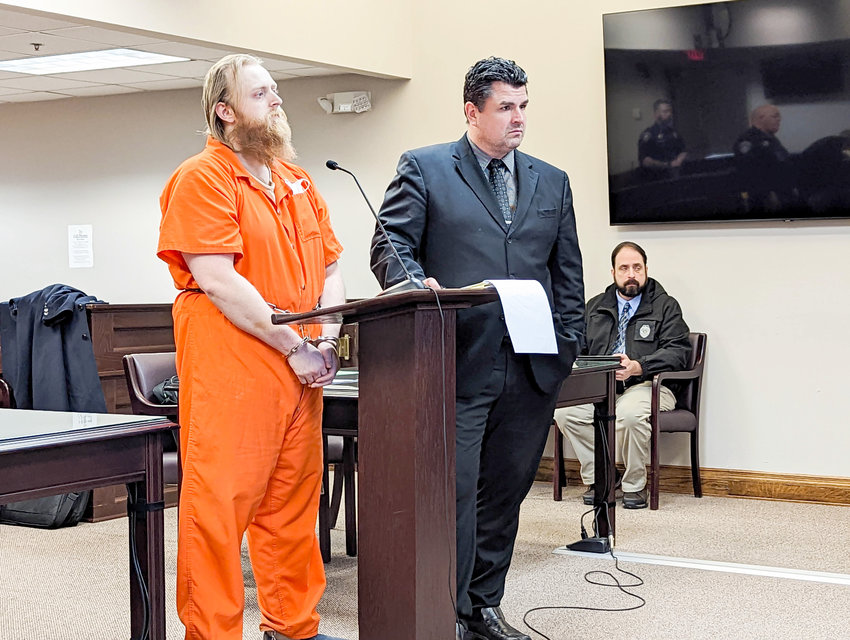 The second day of testimony in the murder trial of Matthew Westcott was temporarily put on pause on Tuesday when a juror suffered a fainting spell.