It took a furious second-half rally and a last-second basket to force overtime. 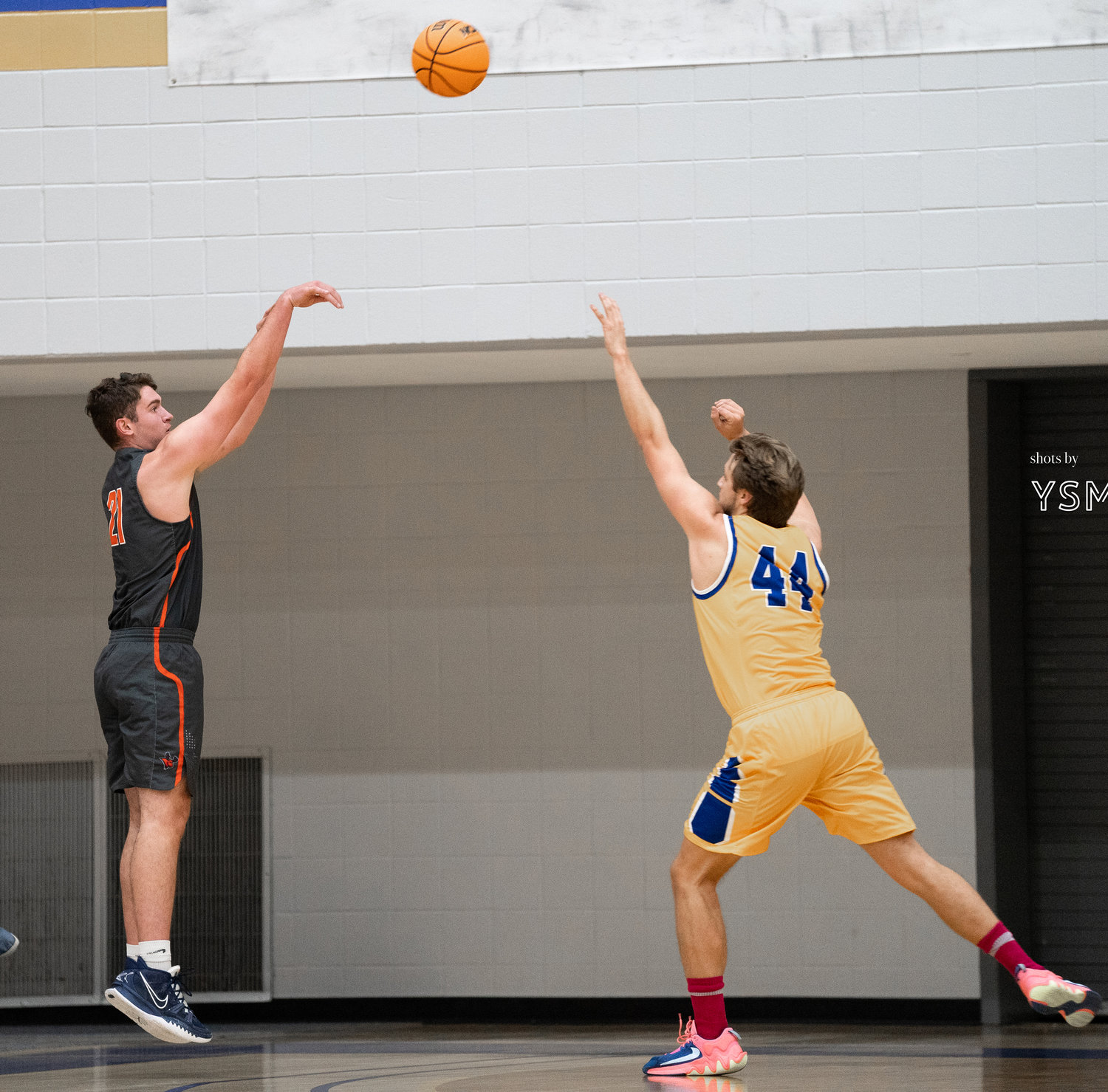 Utica University senior Thomas Morreale, a Whitesboro graduate, takes a shot against SUNY Poly on Nov. 21. Morreale is averaging 13.8 points and 6.4 rebounds for the Pioneers.
(Photo courtesy of Max LeBuis of YSM Media) 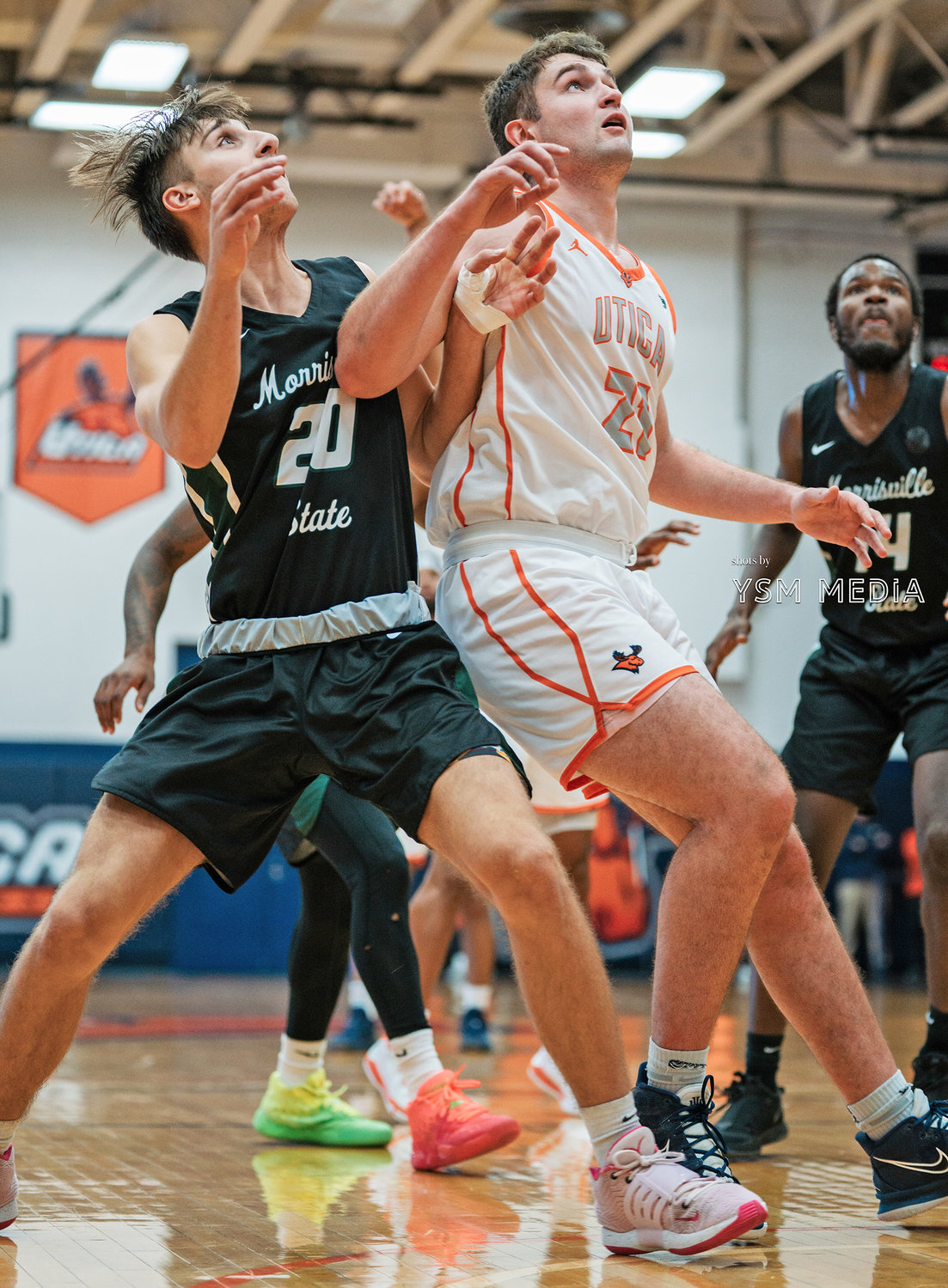 Utica University senior Thomas Morreale, a Whitesboro graduate, boxes out during a game on Nov. 15 against SUNY Morrisville. Morreale is averaging 13.8 points and 6.4 rebounds for the Pioneers.
(Photo courtesy of Max LeBuis of YSM Media) 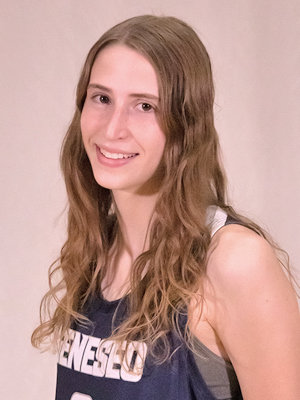 It took a furious second-half rally and a last-second basket to force overtime, but senior Thomas Morreale (Whitesboro) then scored five of his team-high 18 points in OT and the Utica University men’s basketball team grabbed sole possession of first place in the Empire 8 Conference with Tuesday night’s 85-81 road victory over nationally-ranked No. 19 Nazareth College.

Morreale also finished with eight rebounds and teammate Damien Call (Rome/RFA) added seven points and five rebounds for the Pioneers, now 5-0 in the Empire 8 and 10-2 overall.

Avery Coston scored 12 of his 17 points and Dayion Thompson scored 10 of his 12 points in the second half, including the buzzer-beating layup that sent the game into overtime. Nazareth (5-1 E8, 11-2 overall) led by 15 points with under eight minutes remaining in regulation, and the Golden Flyers were still up by 13 points with less than three minutes left. But the Pioneers scored the next 13 points and ended the second half on a 15-2 run.

In overtime, Morreale’s layup broke a 76-76 tie, and his free throw with 1:13 left gave Utica the lead for good. His fastbreak basket with 48 seconds remaining gave the Pioneers an 81-78 edge.

Morreale is averaging 13.8 points and 6.4 rebounds for Utica. The Pioneers have two home games this weekend. They host Elmira at 7:30 p.m. today and Alfred at 4 p.m. Saturday.

In the North Atlantic Conference, another big second half – this one by guard Levi Spina (Frankfort/Frankfort-Schuyler) – led SUNY Poly’s Wildcats to a 69-62 win over Thomas College. Spina matched his career high by scoring all 18 of his points in the second half. His 4-for-5 shooting included three 3-pointers and he made 7 of 8 free throw attempts. The Wildcats host Husson at 7:30 p.m. today.

In the Liberty League, senior Trent Adamson (Ilion/Thomas R. Proctor) helped St. Lawrence University tip off the second semester with a pair of victories. Adamson had team highs of 19 points and seven rebounds in a 67-52 win over Bard College and he scored 11 points and grabbed eight rebounds in a 47-44 win over Vassar College.

In the SUNY Athletic Conference, SUNY Cortland’s Cam Williams (Rome/RFA) scored a team-high 15 points in an 86-62 loss to Brockport.

At the Division I level, Stony Brook University’s Frankie Policelli (New Hartford) scored a team-high 17 points in a 67-56 win over Monmouth University.

Herkimer College’s Jordyn Lanaux (Herkimer) scored a career-high 20 points and teammate Dante Griffin (Utica/Notre Dame) had 11 assists in a 78-68 loss to Hudson Valley Community College. Griffin scored 19 points each in losses to Niagara County CC and Sullivan CC, and he had 18 points in a 78-70 loss to Genesee CC.

Snow scored 15 points in a 75-42 romp over Brockport and her 15 points in a 73-52 victory over Oswego helped Geneseo improve to 9-3 overall. The junior guard is averaging 10.8 points per game.

Longway, a senior swimmer, won the 50-yard freestyle in 25.55 seconds and was a member of the winning 200 medley relay team (1:55.04). Brennen, a freshman diver, swept both events, winning the one-meter diving with 169.27 points and the three-meter competition with 157.05 points.

College of St. Rose sophomore Nickolette Nesci (New Hartford), meanwhile, helped her team win the College of State Island Invitational. She won the 100-yard breaststroke in 1:11.78 and was a member of the winning 200 and 400 medley relay teams.

Bard recorded four assists last weekend, three of them coming in Colgate’s 10-0 win over Union College, and she picked up another assist when the Raiders beat Syracuse University 5-2 on Tuesday.