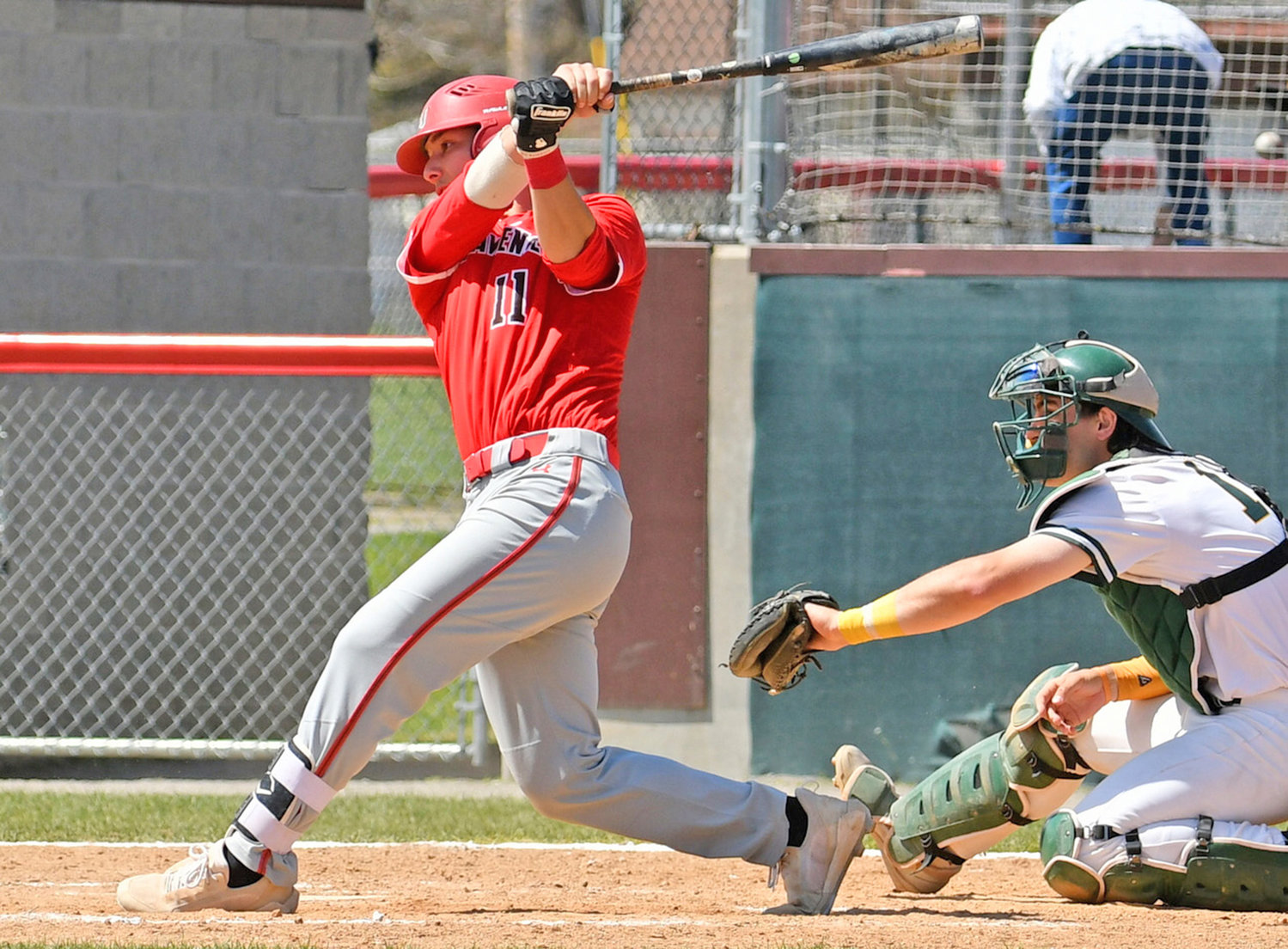 St. Lawrence University senior Andrew Circelli of New Hartford has been on a tear this season at the plate. He homered in four of last week’s five games. Earlier this season he hit three home runs in a game. His single-season total of 11 homers and his career total of 18 are both program records for the Saints.
(Photo courtesy Carol Hill) 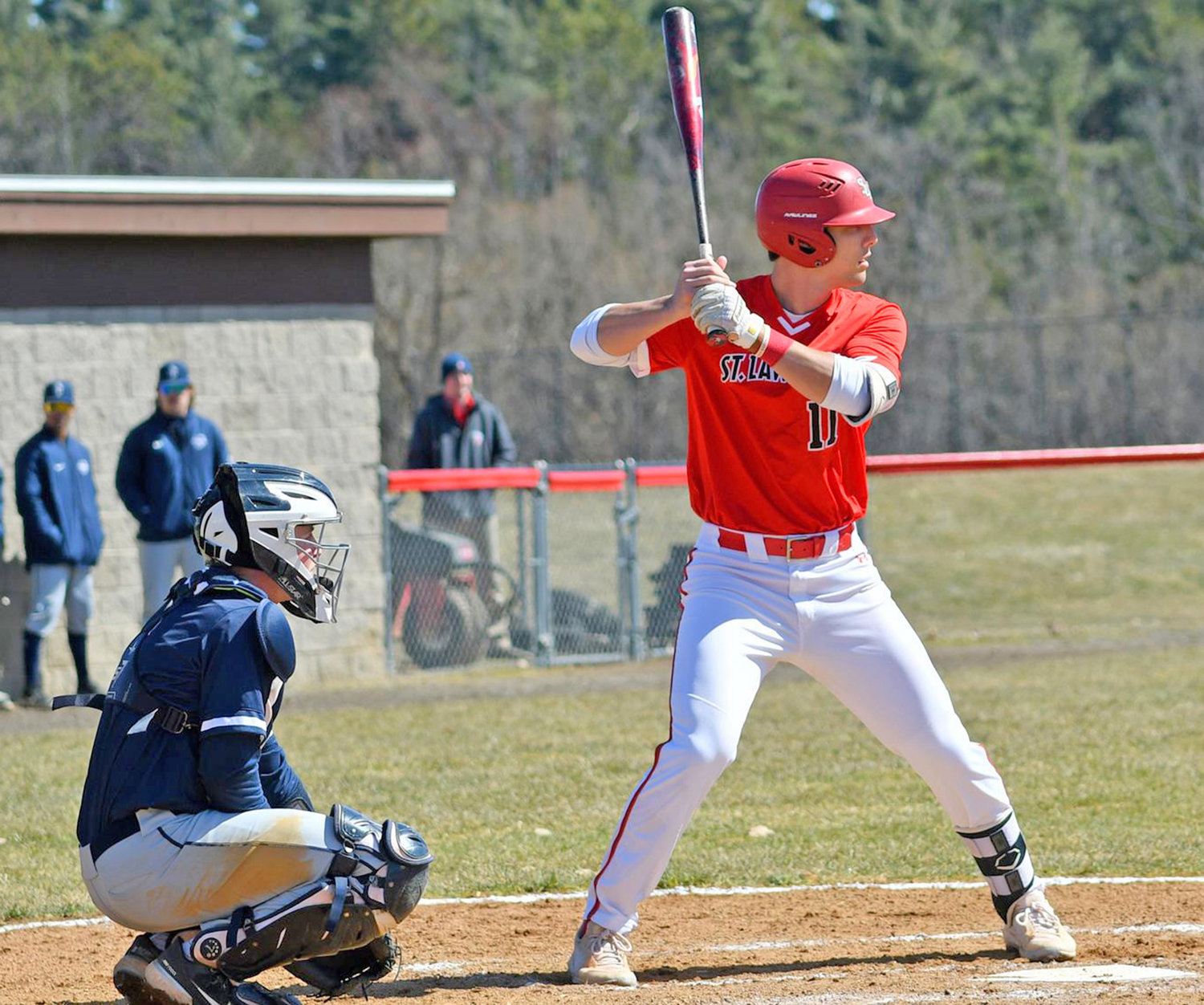 St. Lawrence University senior Andrew Circelli of New Hartford has been on a tear this season at the plate. He homered in four of last week's five games. Earlier this season he hit three home runs in a game. His single-season total of 11 homers and his career total of 18 are both program records for the Saints.
(Photo courtesy Carol Hill) 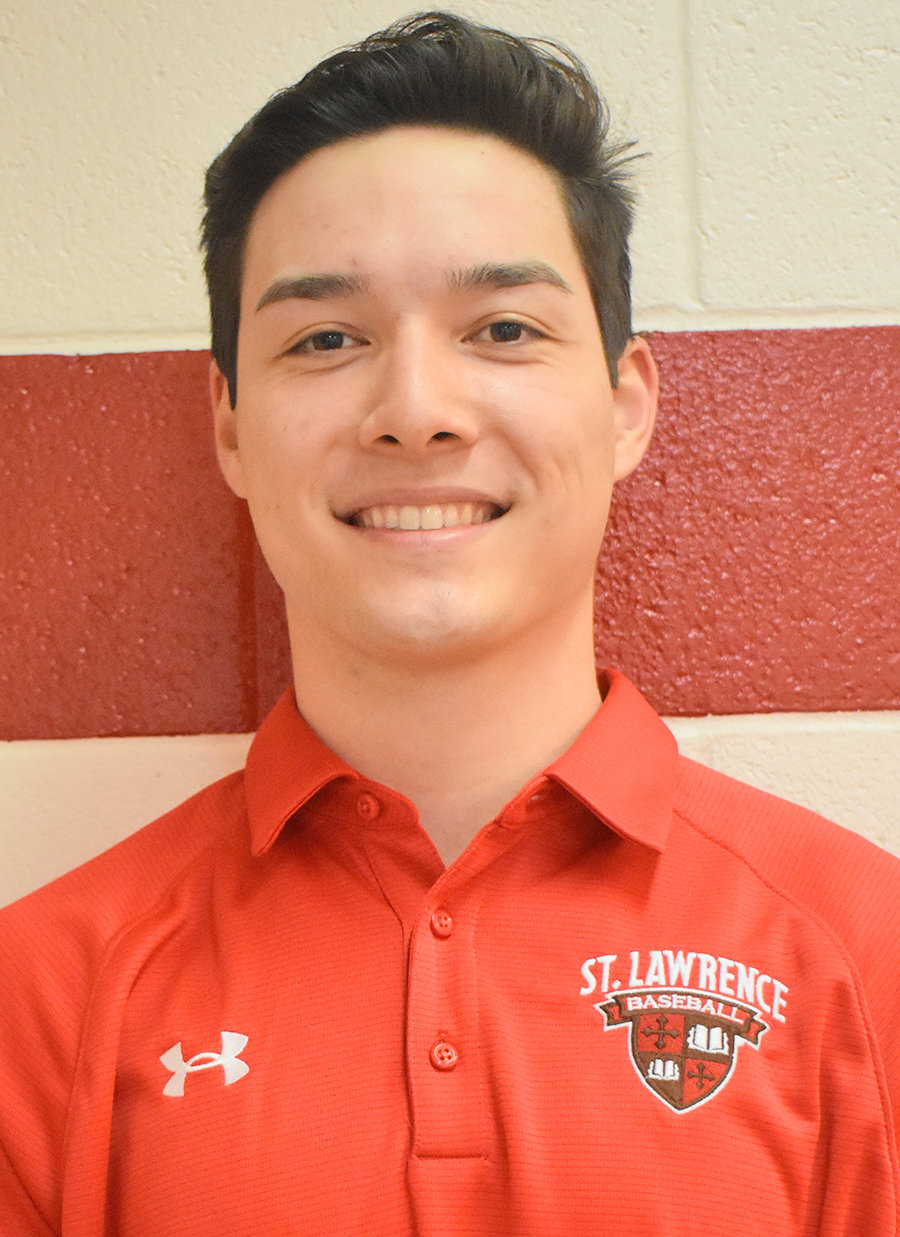 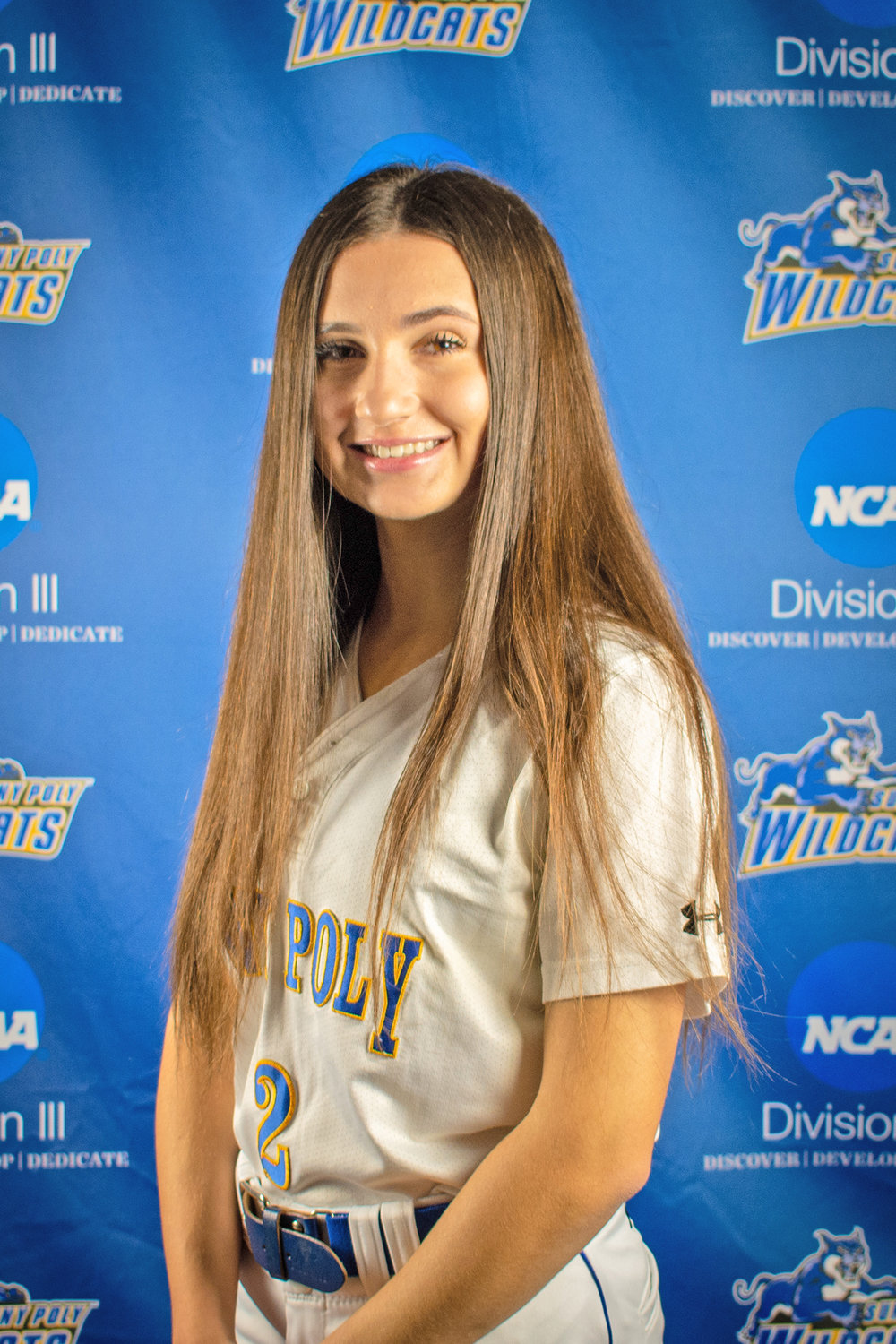 Circelli, who earlier this season hit three home runs in a single game, raised his single-season total to 11 and his career total to 18 — both program records — on Sunday, and a day later he was named the Liberty League’s Co-Performer of the Week.

Circelli’s award-winning week began when he hit a three-run homer in a 12-6 non-league loss to Hamilton College, and it ended with him homering in three straight Liberty League games against Skidmore College. In St. Lawrence’s doubleheader sweep, he hit a three-run shot in a 15-5 win and had a two-run homer and three walks in an 18-8 win. The Saints lost the final game of that series with the Thoroughbreds, but Circelli’s two hits included another three-run homer.

Circelli has hit a school-record 18 home runs despite playing only two games in a 2020 season suspended by the COVID-19 pandemic. He hit three home runs as a freshman and four homers last year. Andrew Engebretson, who was inducted into the St. Lawrence Hall of Fame in 2020, held the previous single-season and career home run records. He hit eight homers in 35 games in 2007 and finished his career with 16 homers in 122 games. Circelli has 11 homers in 32 games this season and 18 career homers in 91 games.

Slippery Rock University’s Connor Hamilton (Forestport/Adirondack) homered three more times during a four-game stretch, raising his season total to 14, just two shy of The Rock’s single-season record. Hamilton, who is hitting .410 with 41 RBIs, is tied for 10th on the school’s all-time home run list with 20 in his two seasons since transferring from Division I West Virginia.

SUNY Poly’s Jake Montrose (Whitesboro) had three hits, including his fourth home run of the season, and scored three times in last Sunday’s 14-7 win over Cazenovia. Montrose has hit safely in 11 of his last 12 games, a 23-for-44 stretch that includes a pair of homers in one game and a pair of four-hit games against SUNY Canton and Cazenovia. He leads the Wildcats with a .333 batting average, 10 doubles, four home runs and 18 RBIs.

Utica University’s Joe Crossley (Marcy/Whitesboro) had three hits and drove in two runs, raising his team-leading total to 24 RBIs, and pitcher Ryan Cardone (Whitesboro) improved to 4-1 with a 10-5 win in the opener of Saturday’s doubleheader with Houghton College. Jack Bono (Frankfort/Frankfort-Schuyler) then had two hits and scored twice in an 11-5 win as the Pioneers (11-8 Empire 8, 19-14 overall) clinched the No. 2 seed and home-field advantage in the Empire 8 Conference’s best-of-three semifinals. Utica hosts No. 3 seed Russell Sage College in a doubleheader at noon Friday.

SUNY Cortland’s Hunter Holliday (Camden) homered twice in a doubleheader split with SUNY Oswego. He hit a grand slam in the opener and then had two hits, including a two-run shot in the ninth inning of a 10-8 win for the Red Dragons, who entered the series ranked fifth in Division III. Oswego, ranked 18th at the time, got two hits and two RBIs from Ryan Enos (Oriskany) in the Lakers’ 9-7 win.

SUNY Poly’s Trinity Critelli (Frankfort/Frankfort-Schuyler) set the program record for strikeouts in Sunday’s 3-0 softball win over SUNY Delhi and Monday the junior was named the North Atlantic Conference’s Pitcher of the Week.

A week after striking out 16 in a loss to Cazenovia College, Critelli tossed a one-hitter against Delhi.

The former Mohawk Valley Community College star walked one and struck out 13, raising her school-record total to 141 in 97 1/3 innings. She is 5-8 with a 2.88 ERA. Caitlin Reilly (Whitesboro) had two hits and scored twice in the 3-0 win.

SUNY Poly junior catcher Maddelyn Hoehn (Oriskany) has hit safely in 16 of her last 17 games, raising her average to .326. In early April, she homered in back-to-back games, including a three-run shot in a 6-2 win over SUNY Cobleskill. Former high school teammate Aeron Hamm (Oriskany) is batting .300 with a team-high 21 RBIs and junior Gabby Ellixson (Whitesboro/Notre Dame) is hitting .343 for the Wildcats.

Ithaca College’s Nate Oczkowski (New Hartford) was named the Liberty League’s Track Performer of the Week in men’s track and field after the junior broke his own school record in the 400-meter hurdles while competing in the 126th Penn Relays, one of the largest track and field competitions in the world.

Oczkowski placed eighth overall in the 400 hurdles with a time of 52.74 seconds. He was the top Division III finisher in the event by nearly a full second, and his school-record time ranks fifth-best in the country at the D-III level.