Colgate’s Langel among finalists for award 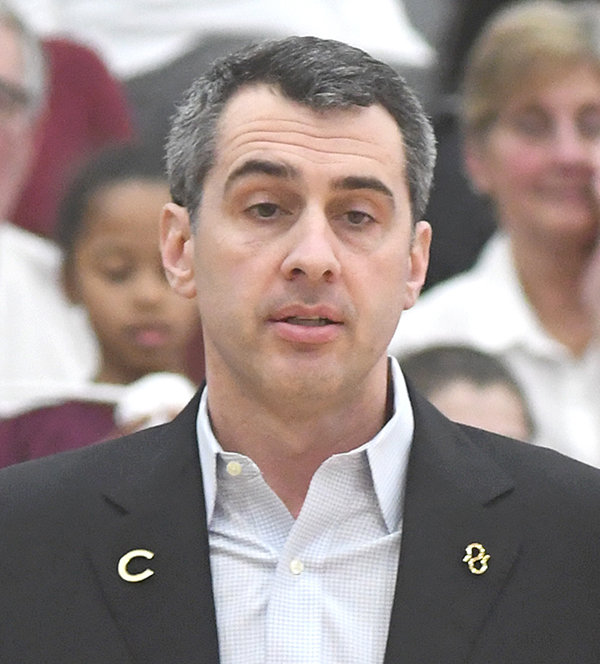 Colgate men’s basketball coach Matt Langel is a finalist for the Hugh Durham National Coach of the Year award.

Langel, the program’s all-time leader in wins, helped the Raiders earn their third conference title in four years and earned a No. 14 seed in the NCAA Tournament.

The Raiders fell 67-60 to Wisconsin in their first game of the tournament last Friday in Milwaukee.

The Hugh Durham award is presented annually to the top Division I mid-major coach in college basketball.

There are 20 total finalists for the award this season.

In 11 seasons at Colgate, Langel is a three-time Patriot League Coach of the Year.

In 2020, he became the first coach in Patriot League history to three-peat the Coach of the Year honor.

Since taking over a seven-win program in 2011, Langel has gradually built up the talent in Hamilton.

During the 2021-22 season, Colgate tied the Patriot League record with 16 wins in the conference.

In 2019, the 44-year-old Langel signed a contract extension through 2027 to remain Colgate’s coach.