Closure of two businesses spells end of 500 jobs in Cortland

The seed of Marietta Corp., which grew to employ hundreds of people in Cortland, was planted in a cabbage field in Marietta in 1975.

Closure of two businesses spells end of 500 jobs in Cortland 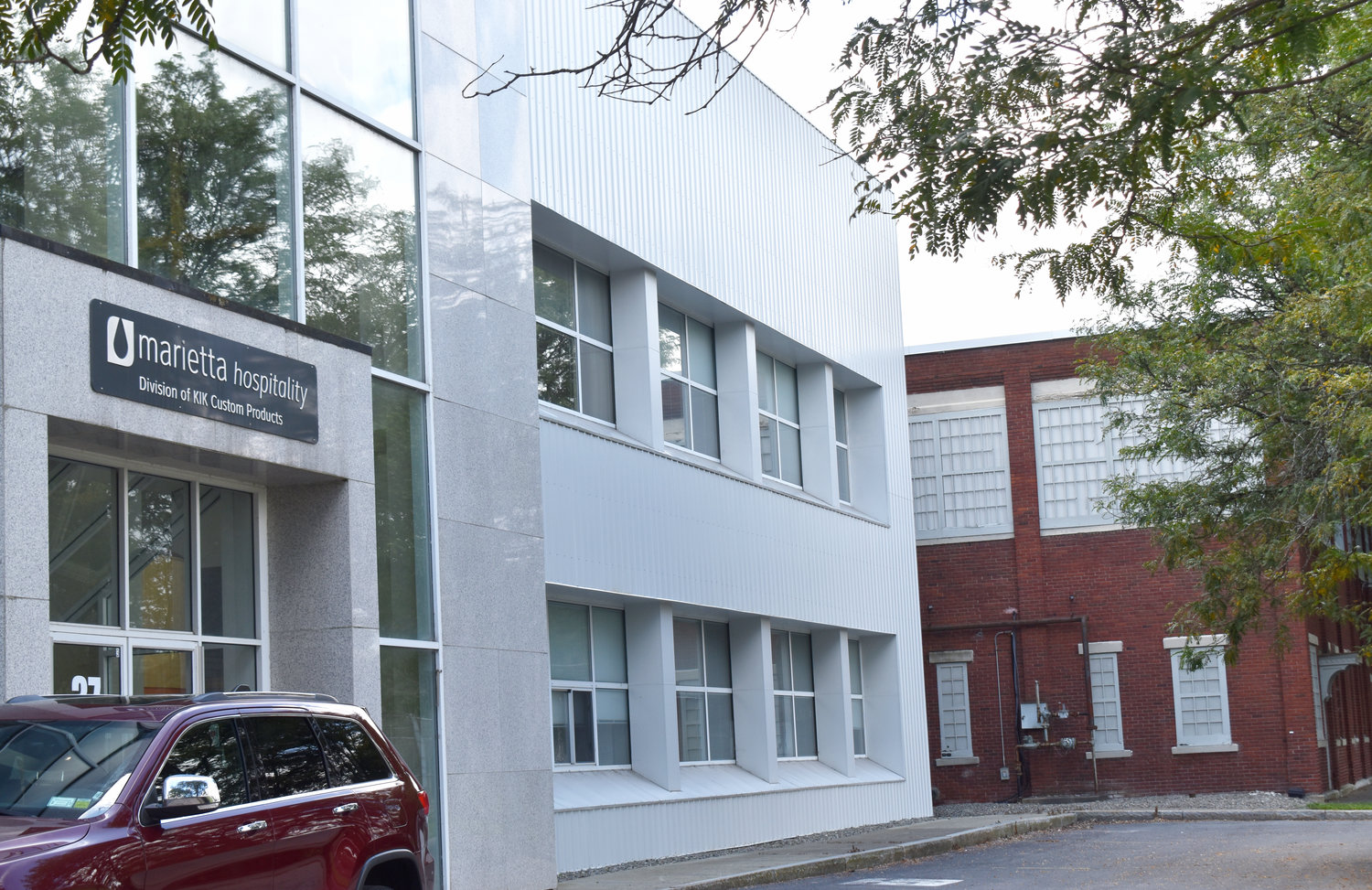 Voyant Beauty hadn't had a chance to change the sign on its Marietta Hospitality division when it was acquired from KIK Custom Products. Marietta got its start, on Huntington Street in Cortland, in 1976.
(Photo/Todd R. McAdam/Cortland Standard)
Posted Tuesday, August 30, 2022 5:10 pm
Kevin Conlon, Cortland Standard

The seed of Marietta Corp., which grew to employ hundreds of people in Cortland, was planted in a cabbage field in Marietta in 1975.

The operation’s demise was announced this week as its latest owner — Voyant Beauty — said it will close its two Cortland factories by year’s end. With it will go 500 jobs, including 35 from ALPLA, a company that shared space in its Central Avenue plant and produced bottles for Voyant.

Marietta, which mostly produced sample-size soaps, shampoos and conditioners commonly found in motel bathrooms, came to be almost by accident, its co-founder said this week.

“I’ve heard a lot of stories about how Marietta started,” said Victor Siegle of Homer. “They’re all wrong.”

Siegle said his father was looking to launch his business career. Meanwhile, the brothers were looking to buy equipment to package their sauerkraut and Abe Siegel traveled to the Netherlands and Germany in search of machines.

Abe Siegel came across machines used to package small bottles of shampoo. He brought home samples and the brothers discussed its potential applications.

“They weren’t going to do it,” Victor Siegle said. “They wanted me to do it. They talked to me after talking amongst themselves. I was not interested.”

Meanwhile, Victor Siegle reconsidered. As a result, he and a new partner, who he did not know, went into business together.

They opened in a Huntington Street building in 1976 with two employees and one piece of equipment to bottle shampoo.

The sold to progressively larger companies, losing money the first four years, but by 1988, they had 300 employees.

“I thought we were the first company to sell amenities to motels” in America, he said. “Hotels were eager for ways to differentiate themselves. It was an inexpensive thing to add. It did not take much persuading.”

Paul Slowey, who began working for Marietta as one if its first 15 or 16 employees in 1982 and retired as national accounts manager in 2010, recalled that expansion.

“We were steadily growing, Slowey said Friday. “When I joined in 1982, sales were under $2 million a year, and when I left 27 years later they were in excess of $160 million. There were a few bumps along the way, like 911, with the travel industry.”

It completed a $4.75 million, 70,000-square-foot expansion in 1987 to connect its two Huntington Street buildings. Employment climbed to 189 with plans to hire 50 more.

Siegle left the company in 1988, citing burnout, to launch a software business.

The company continued to report exceptional gains. In March 1989 it bought American Soap Co. of Olive Branch, Miss., and in April 1990 bought two Canadian companies. Before the purchase, Marietta had 400 employees.

However, the purchase of American Soap led to hanges that threatened Marietta’s future.

The owner of American Soap sued Marietta, contending it had overstated its financial position to entice American Soap to sell, which included stock in Marietta Corp.

Nadolski had boasted of six straight years of record sales and earnings. He was indicted in February 1994 on federal charges of securities fraud and insider trading. An official who admitted embezzling $400,000 testified against Nadolski. Nadolski was convicted that October of four counts and was sentenced to 21 months in prison and a $50,000 fine.

“We survived that because of the resilience of the people and the quality of the products,” Slowey said.

Slowey praised Florescue for his his hands-on approach.

“To his credit, he stayed in and weathered the storm,” Slowey said.

Marietta Corp. expanded in 2001 and bought the 400,000-square-foot former Rubbermaid factory on Central Avenue for about $10 million.

Rather than purchasing its liquid products — shampoo, conditioner, lotion and mouthwash — Marietta began making its own.

Slowey criticized the management of Ares, referring to the investment firm as “hatchet men” who were not attuned to the company or community.

By 2005, Marietta Corp. added another 150 jobs to fully utilize the former Rubbermaid building, where it has invested more than $25 million.

KIK Custom Products, based in Canada, bought Marietta in February 2015, a move that finally removed the Marietta name from the Cortland facilities. At the time, Marietta had 575 full-time workers, as well as about 150 temporary, part-time workers. The county did not offer any financial incentives to facilitate the transaction.

Voyant bought the Cortland factories in August 2020, at the height of the COVID-19 pandemic, when business shutdowns and travel declines hurt motels and hotels and reduced demand for products made at the Cortland plants, company representative Carl Melville said.

While the industry has largely rebounded, other trends worked against the Cortland factories, he said.

Many of the Voyant employees will be offered jobs at the company’s 13 remaining facilities that employ 4,000 people, Melville said.

“I’m hoping new employment will come quickly for all of them,” Siegle said.