There has been more of a full offseason for the Clinton football team’s players and coaches to build familiarity and learn. 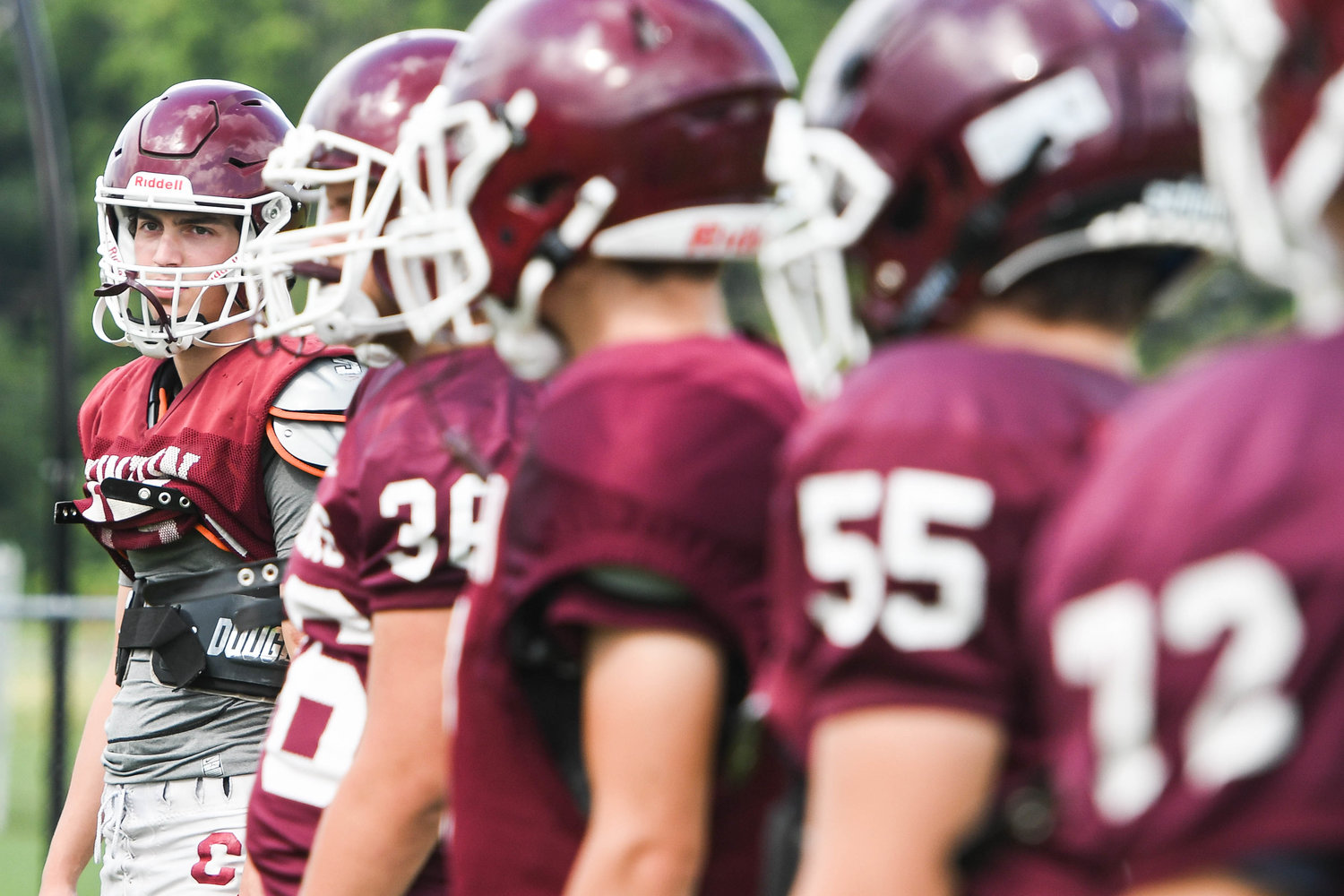 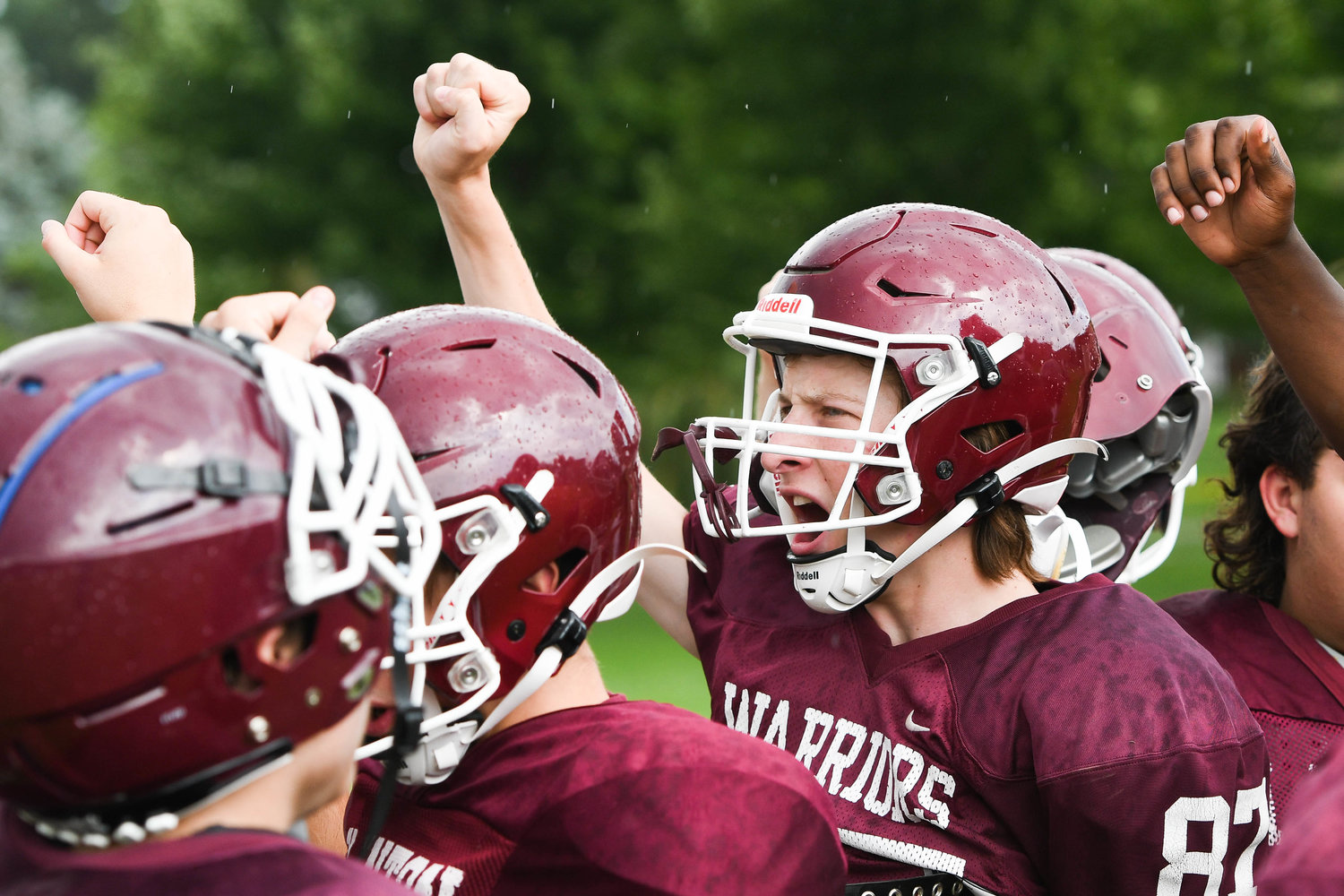 Clinton player Boone Schaffer yells during a break in a huddle during a recent practice. The Warriors are looking to rebound from a 2-6 record in fall 2021.
(Sentinel photo by Alex Cooper) 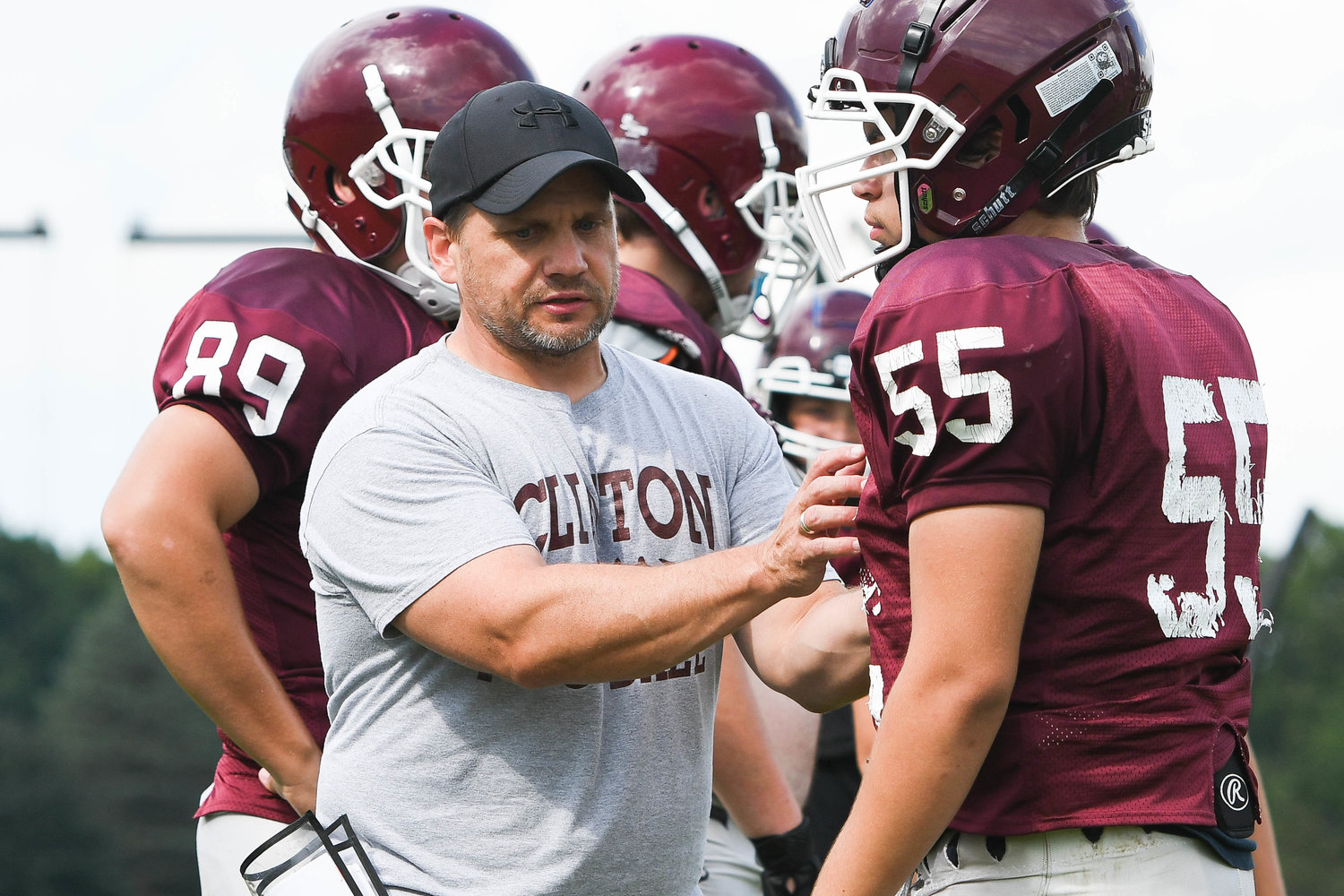 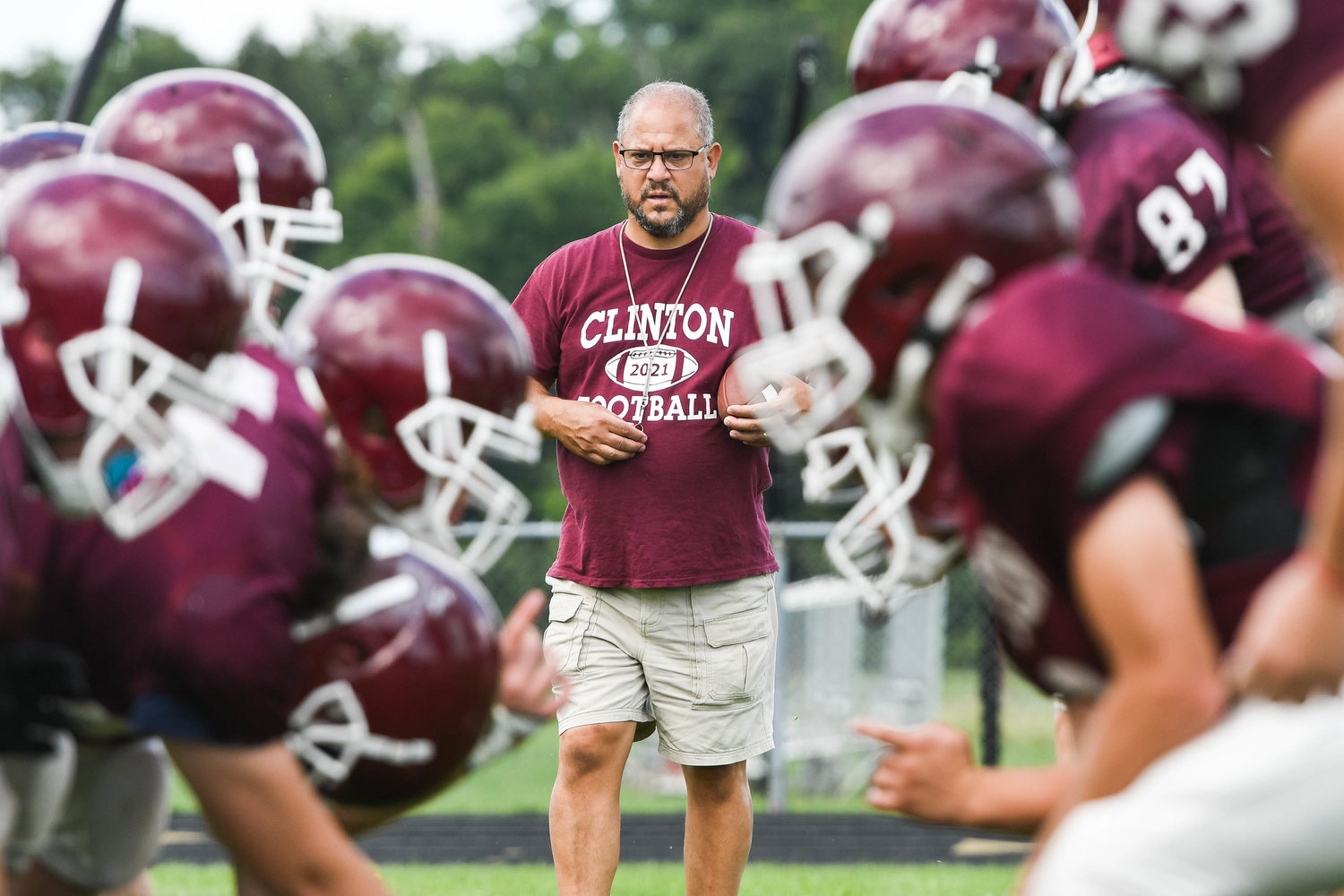 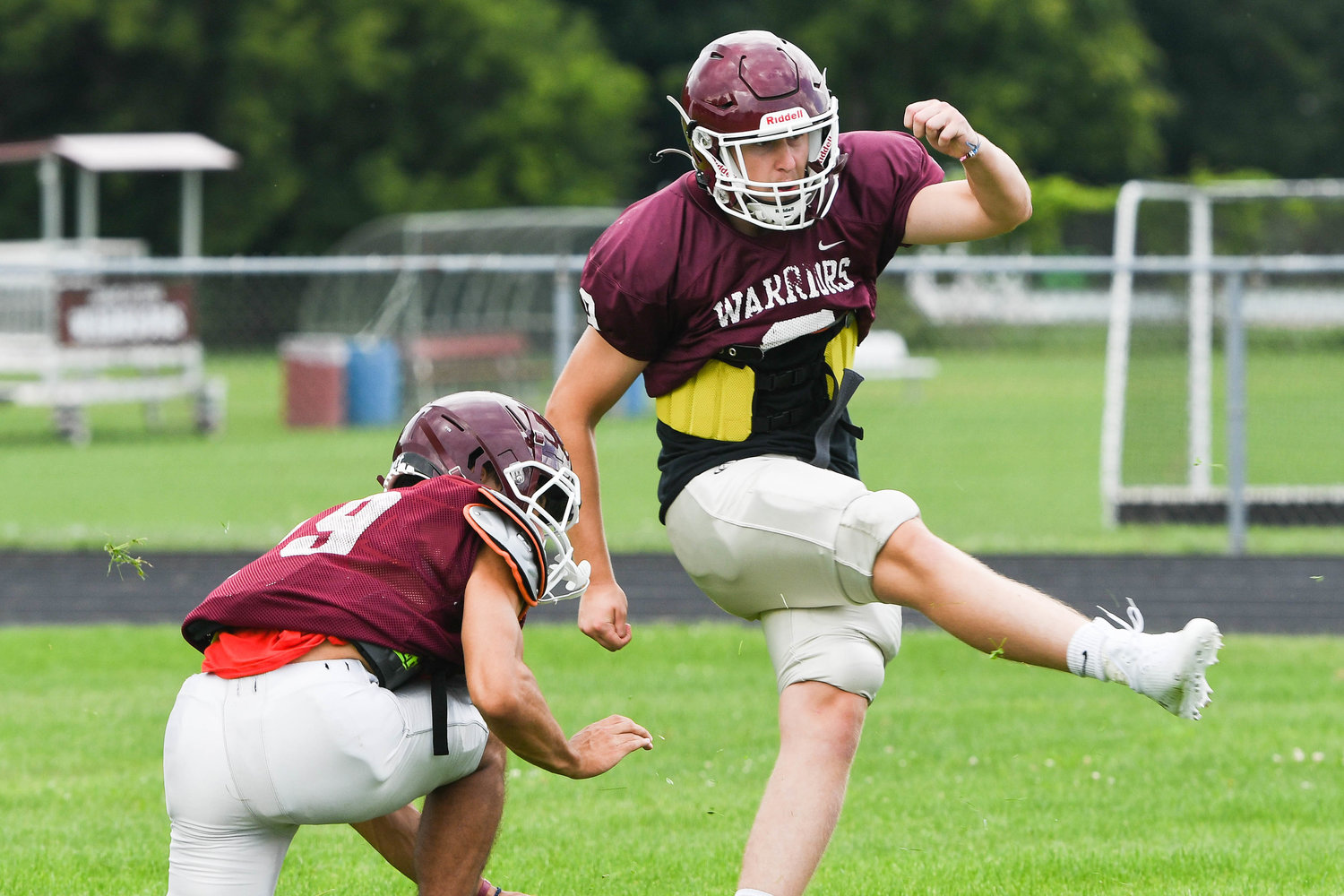 Clinton's Aiden Wilcox practices field goal kicks during a recent practice. Wilcox is among a handful of new players to the football team.
(Sentinel photo by Alex Cooper) 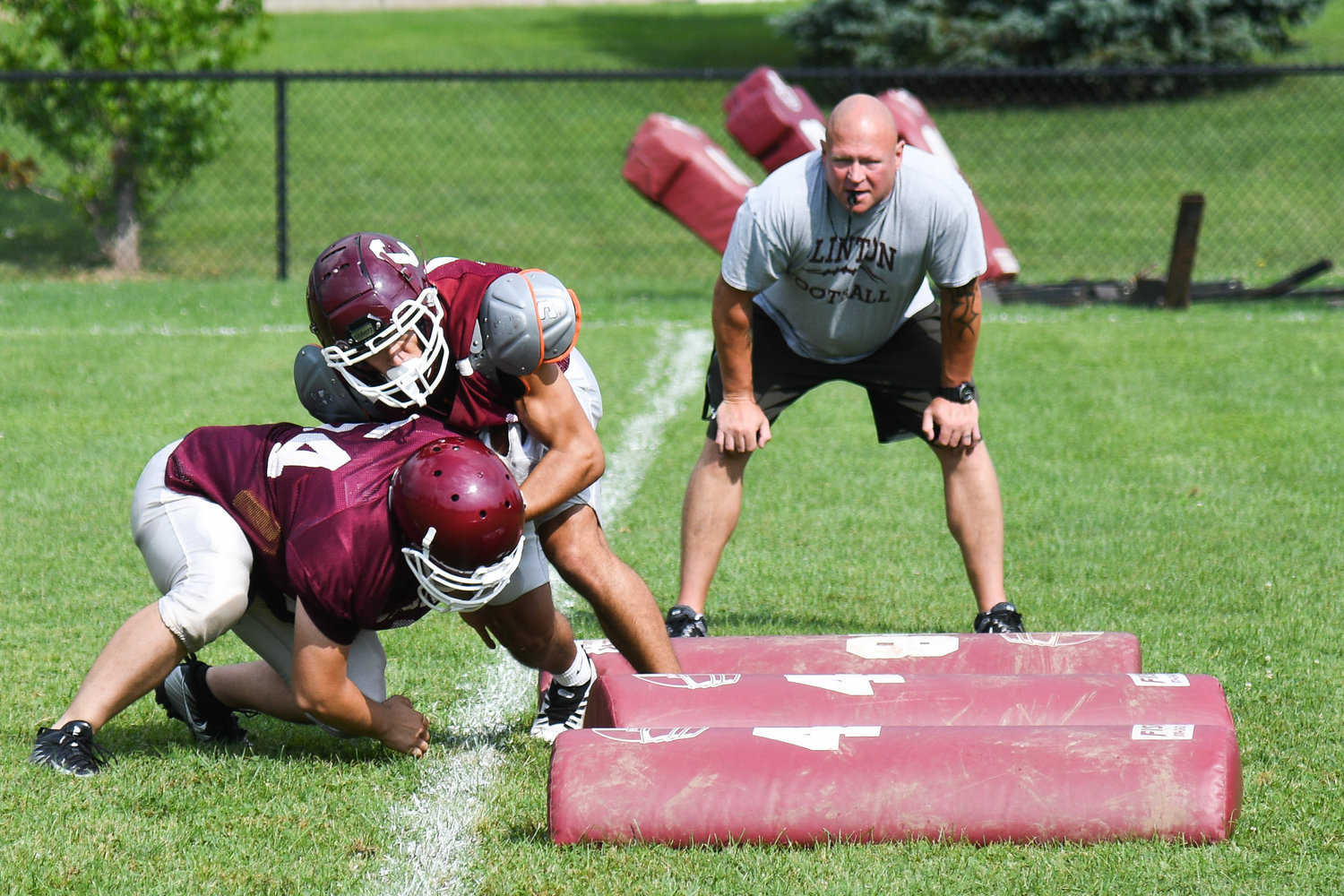 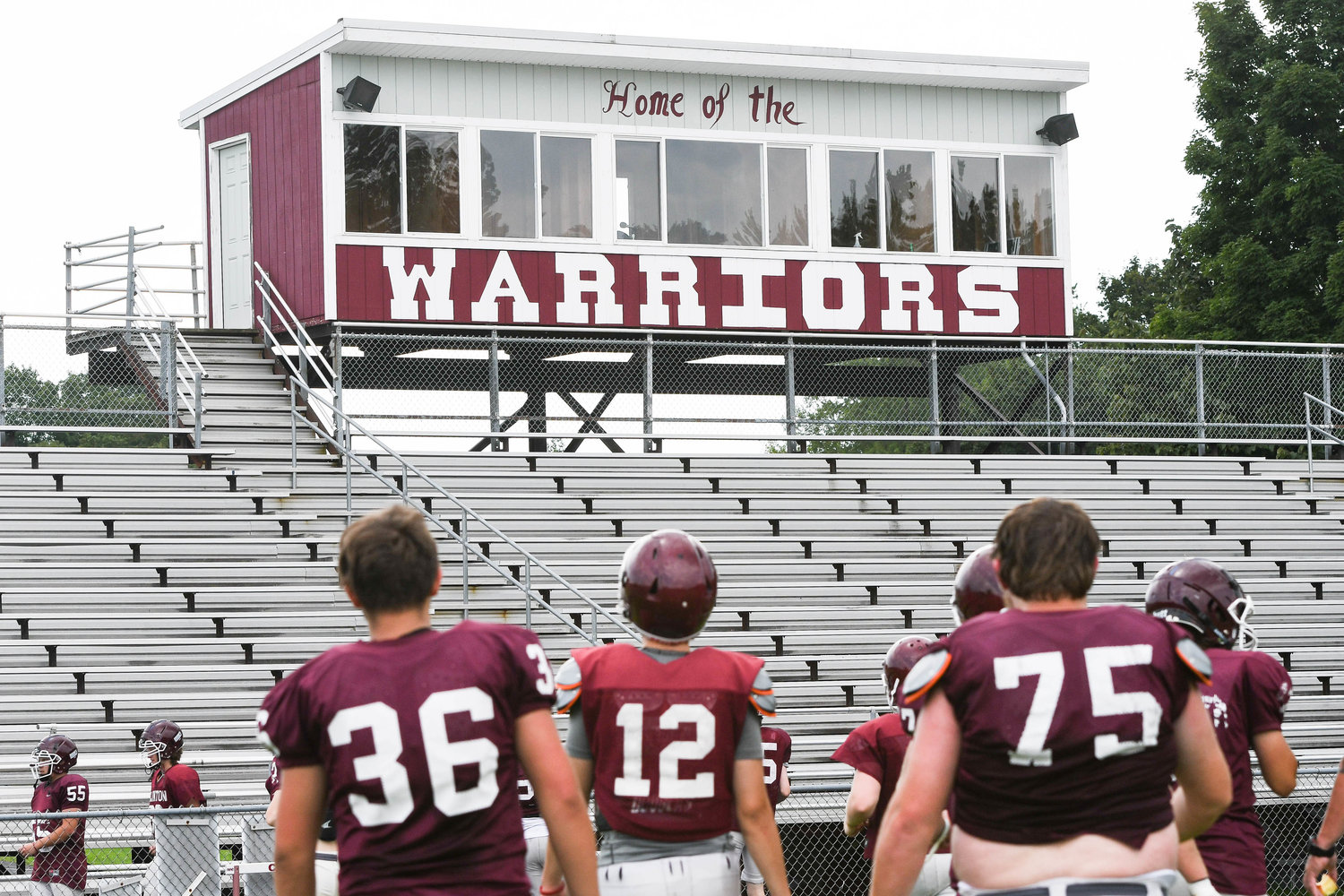 CLINTON — There has been more of a full offseason for the Clinton football team’s players and coaches to build familiarity and learn.

That’s a positive for the Jason Alexander-led Warriors, who return much of the same core from 2021 when the team had its share of struggles while finishing with a 2-6 mark.

Alexander hopes the added experience together will be beneficial for the Warriors this fall.

“Just having a full offseason and be involved with the kids from the jump was great,” said Alexander, who joined Clinton in 2021 after coaching four seasons at Herkimer. “We got to do a lot of offseason weight training and conditioning. I got to know some of the guys a little bit better, especially the underclassmen because I haven’t been there. … We were able to bring more guys into the fold. My being able to be present in the weight room on a daily basis, it was great. …”

“The guys that were with us last year, their familiarity with this system has made things go much smoother,” he said.

“I think the senior leadership (stands out),” Alexander said. “They’ve been on varsity for the last few years. To have so many of them with that experience has been a huge boost for us.”

Alexander would like to see a boost from Clinton’s defense. Last fall, the unit allowed 34 or morepoints in six games. That includes allowing 50 in a shutout loss to Skaneateles and 54 in a lopsided setback near the middle of the season at Bishop Ludden.

“We’re trying to improve in all phases,” Alexander said. “We have a lot of goals as a defensive unit. I think they’re coming together. … We’re way ahead of where we were last year.”

The offensive side is also looking for improvement after being shutout three times and averaging less than seven points over the fall 2021 season.

“We want to be more balanced on offense. We don’t want to be so pass-heavy,” said Alexander, whose team is planning to run multiple sets on offense. “Ryan is a very good quarterback. He’s been a strength for us.”

There are also a handful of players who have joined the football team after previously playing other sports. The group includes seniors in wide receiver Aiden Wilcox and lineman John Falbo.

Road games dominate the first half of Clinton’s schedule with three to open the season.

“(Class C) is stacked. Our league, especially,” Alexander said. “It is a gauntlet, for sure.”