Clemson is favored to return to the top of the Atlantic Coast Conference this season. 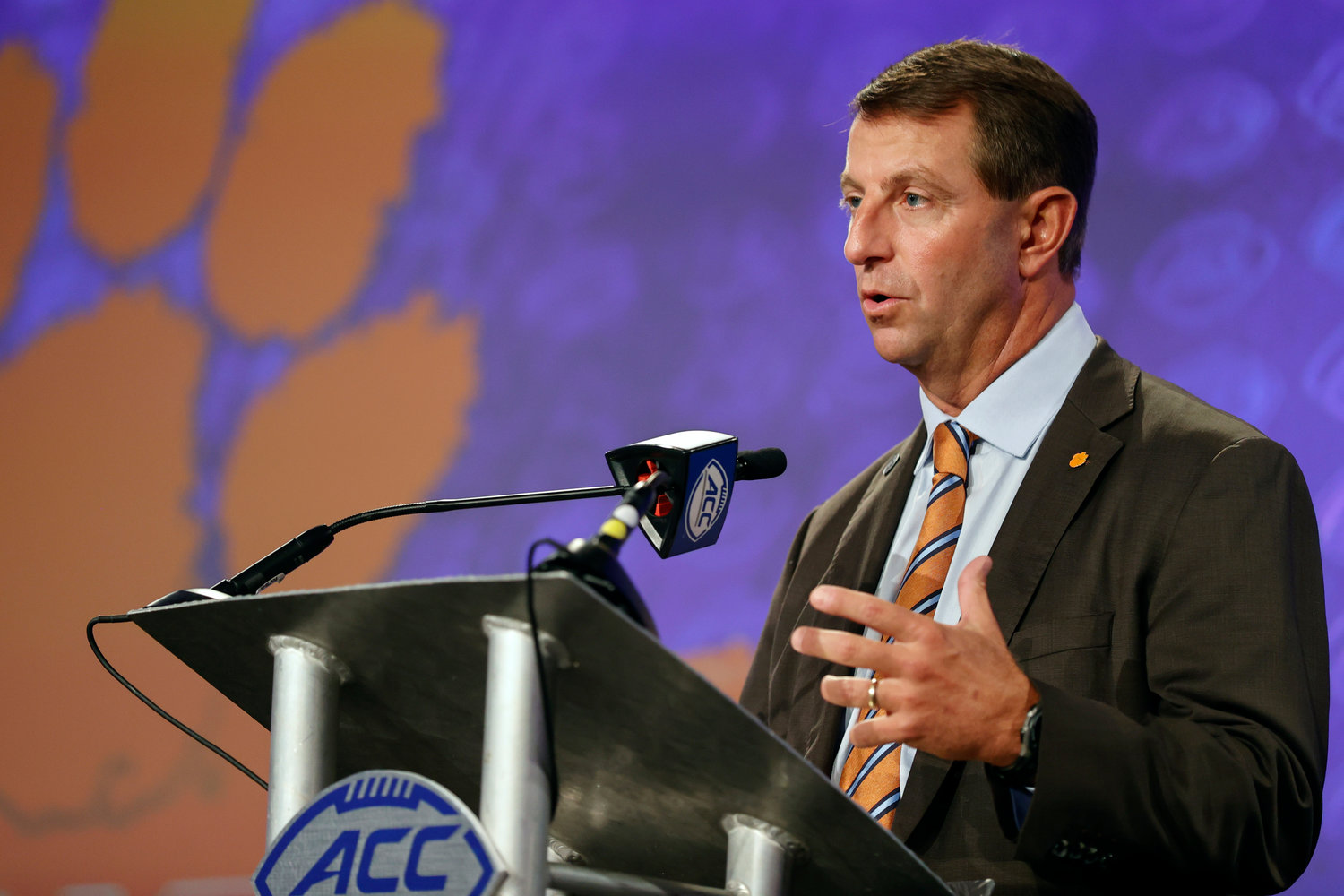 GREENSBORO, N.C. — Clemson is favored to return to the top of the Atlantic Coast Conference this season.

The Tigers were the preseason pick to win the league for the seventh time in eight seasons, according to voting results released Tuesday following last week’s ACC media days. Media members picked the Tigers on 103 of 164 votes cast as the favorite.

Dabo Swinney’s Tigers had won six straight titles before Wake Forest dethroned Clemson as the league’s Atlantic Division champion last year for a spot in the ACC title game. The Tigers still recorded their 11th consecutive double-digit win season with a 10-3 finish in 2021.

North Carolina State was the second-leading vote-getter for ACC champion with 38 votes, though Dave Doeren’s Wolfpack would need to beat Clemson in the Atlantic Division race to play for the title in the final year of the league’s two-division format.

Miami was picked to win the Coastal Division under first-year coach Mario Cristobal, who is one of four new coaches in the division.

In the Atlantic Division, Wake Forest was picked third behind Clemson and N.C. State, followed by Louisville, Florida State, Boston College and Syracuse.