Two of New York’s longest-serving members of Congress have turned from allies to rivals after a court redrew the state’s congressional maps, scrambling the favorable landscape … 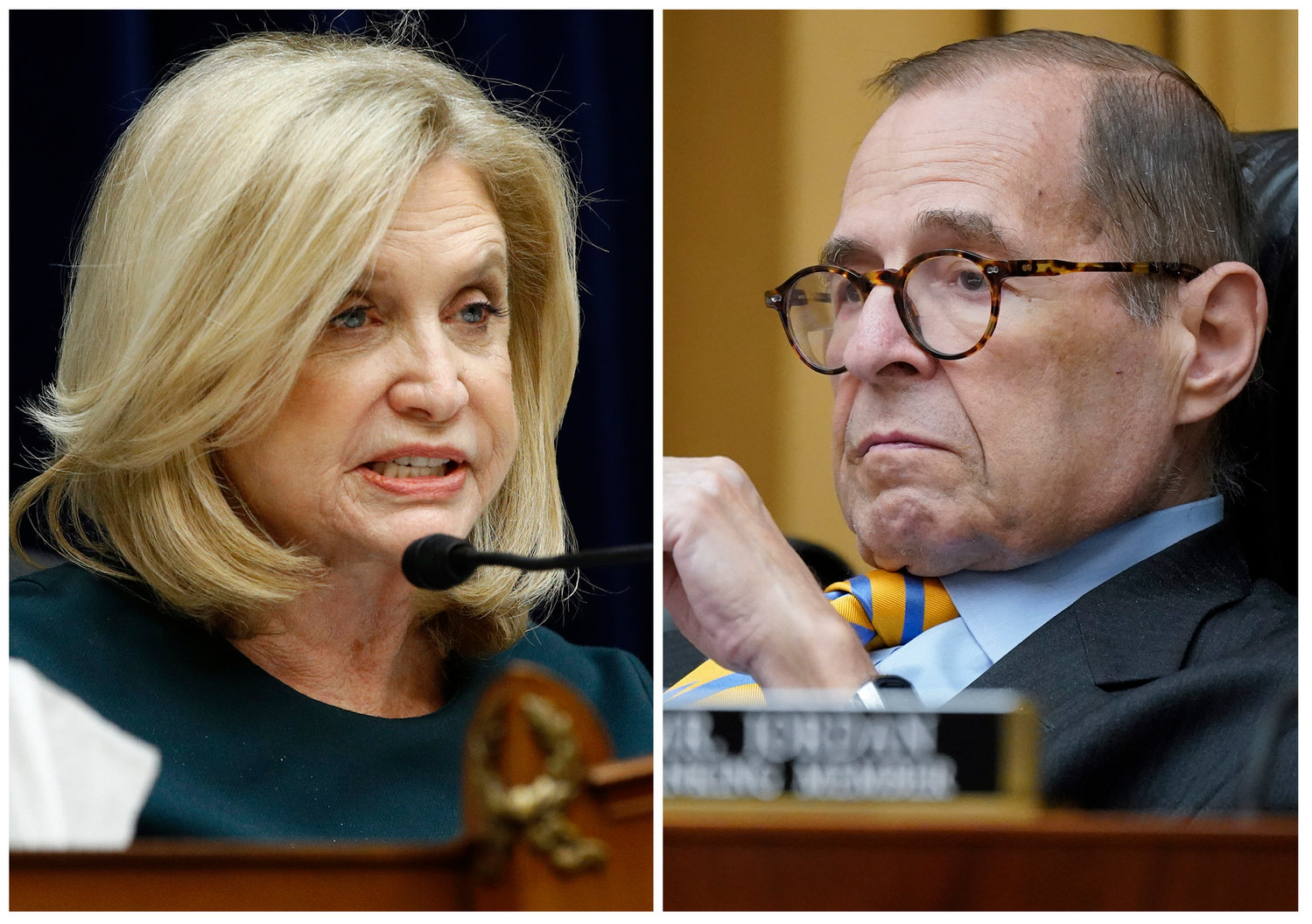 NEW YORK — Two of New York’s longest-serving members of Congress have turned from allies to rivals after a court redrew the state’s congressional maps, scrambling the favorable landscape Democrats hoped to set for themselves this election year.

U.S. Rep. Jerry Nadler, a major figure in former President Donald Trump’s first impeachment, and Rep. Carolyn Maloney, a champion of 9/11 rescue and recovery workers, are now running against each other in a Democratic primary to represent a reconfigured district in Manhattan.

The intra-party battle is not the result Democrats envisioned for the once-a-decade redistricting in a state where they control the governor’s mansion and the Legislature.

Nadler, 74, and Maloney, 76, each were first elected to Congress 30 years ago and have risen to chair the powerful House Judiciary and Oversight committees, respectively.

Nadler has long represented the Upper West Side and areas stretching down to Wall Street and parts of Brooklyn, while Maloney’s longtime turf was on the other side of Central Park: the Upper East Side, along with parts of Brooklyn and Queens.

But when a state court unveiled the new maps on May 16, merging the Upper East Side and Upper West Side into one congressional district — the 12th — the veteran lawmakers huddled on the House floor. Each tried to persuade the other to run somewhere else.

“I said that I thought that if we ran against each other in the 12th, I’d probably win, so she should run in the 10th. Why didn’t she run in the 10th? She would clear the field and no one else would run, in all likelihood,” Nadler recounted. “She said, ‘No, no, no.’ She thought she’d win, and why didn’t I run in the 10th? And I said no, I didn’t want to do that. And it was an impasse and we left it at that.”

“We’ve known each other for a long, long time and since that, we really haven’t talked,” Nadler said.

Maloney, whose campaign did not respond to multiple interview requests from The Associated Press, recounted their conversation similarly in an interview with the New York Post, saying she thought he wouldn’t have made the request if she were a man.

“My whole life people have told me I shouldn’t be where I am so I am not surprised he told me to step aside,” she said. “The time for women stepping aside is over.”

For Democrats, New York was supposed to be one of the party’s few opportunities across the states to draw new district lines in their favor and possibly limit losses in November’s elections.

But then the wheels came off.

After a successful legal challenge from Republicans produced new court-drawn congressional maps, Democrats were left with tougher battles against Republicans and among themselves.

Now that Nadler and Maloney are facing each other in the 12th District, along with Democrat Suraj Patel, there’s an open seat just to the south that wraps in parts of Manhattan and Brooklyn.

That’s drawn a crowded field of at least 10 Democrats, including former New York City Mayor Bill de Blasio and U.S. Rep. Mondaire Jones, who decided to leapfrog from his Hudson Valley district after the new maps put him on a collision path with another Democrat, U.S. Rep. Sean Patrick Maloney.

The lines of Maloney’s district, the 18th, were also changed under the court’s rewrite, cutting his home in Cold Spring into the reconfigured 17th District. He quickly declared he would run in the 17th, a move that angered some other New York Democrats who saw it as unfair to Jones, who represents that district now.

It even drew him a primary challenge from progressive state Sen. Alessandra Biaggi, who announced she would take him on in the 17th, even though she does not live there.

Maloney defended his decision, noting that no other incumbent Democrat lived in the 17th District — because Jones’ home was swept into the new 16th District, much of which is held by another Democrat, U.S. Rep. Jamaal Bowman.

“From my point of view, I’m just running where I landed,” Maloney said at a news conference last month.

Jones told the AP he considered running in the 17th, “but at the end of the day, it was important to me, as someone in the leader of the fight to defend our democracy against the threats of the far right, not to be in a primary with either of my two colleagues in the Hudson Valley, and to focus on making my case in a district I feel a deep connection to.”

His case is that it’s time for an openly gay man to represent the new 10th District, which includes the West Village and the Stonewall Inn, an underground gay bar where a police raid in 1969 sparked a backlash that drove the LGBTQ rights movement.

“It was through my visits to the West Village that I summoned the courage to come out as an openly gay man,” Jones said. “It’s wild that the place where Stonewell happened, a movement for LGBTQ liberation, birthed by queer people of color, has never had a gay representative in congress.”

The new maps didn’t just upend political careers and collegial relationships for New York Democrats. They also upset national plans for the party to expand its chances of keeping power in the U.S. House of Representatives.

Democrats currently hold 19 of New York’s 27 districts, but the state is losing one as a result of the 2020 Census.

The new maps, drawn by a court-appointed expert, give Democrats an edge in 21 of 26 districts, but some of those will be much more competitive and could be won by Republicans.