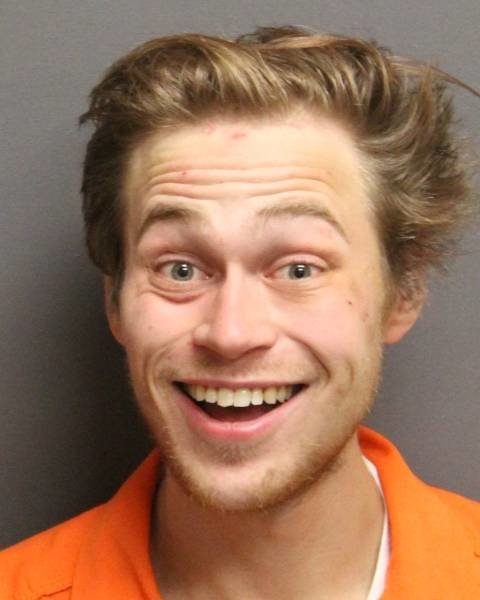 Accused of setting a fire inside his West Court Street apartment on Thanksgiving Day, a 24-year-old man told law enforcement officials that he did it because “I hate these guys, and I wanted to start the fire.”

Jacob L. Kangas, formerly of 430 W. Court St., is in county jail in lieu of $5,000 cash bail or $10,000 bond on one count of second-degree arson, a class B felony. He appeared in City Court on Monday and waived his felony exam and his case was adjourned to a grand jury.

No one was injured in the fire, but approximately eight people have been displaced from their homes by the fire, which authorities say was set at about 10 a.m. Thursday.

Fire crews battled the blaze for several hours before the flames were finally under control.

According to Kangas’ roommate, who gave a statement to detectives, Kangas had been “acting really irrational over the last couple of days” and had gotten into an argument with one of the roommate’s friends that morning at the home.

The roommate told police that Kangas went outside and threw a metal rod through the roommate’s window, then left the area.

Sometime later that morning, the roommate told police that he saw Kangas back in the residence.

“I told Jake that he needed to gather his stuff and get out as I did not want him staying here anymore,” the roommate said in his statement.

“Jake began yelling and swearing at me, not making much sense, while he was getting his stuff to leave.”

The roommate told police that he saw Kangas leave shortly thereafter and heard Kangas shout, “I hope you burn in Hell” before he was gone.

Minutes later, the roommate told police that he heard his smoke detectors going off “I noticed smoke coming from Jake’s room.” The roommate said he saw a pile of “clothes and paint on fire in his room” and he and his friend fled the building.

In his own statement to police, Kangas said he got into an argument with his roommate and his roommate’s friends that morning before his roommate told him to get out.

Kangas said he visited a relative for a bit before visiting another residence with other people.

Kangas said he eventually decided to stop back at his apartment to get some items from his room, and he encountered his roommate again, who told him to pack his belongings and leave.

“I was smoking a cigarette. And I went over and I put the cigarette on a piece of paper and art stuff. Canvasses, cloth and stuff,” Kangas told police.

“It was flammable material and I knew it. I knew that by putting the cigarette on the material, it would start a fire. I didn’t care because I was pissed off at those guys, and I wanted to hurt them because I was pissed. Who cares about them?,” the police report added.

Kangas told police that he started singing “Chestnuts Roasting on an Open Fire” as he left the residence.

Kangas said he eventually made his way back to his relative’s home, which is where the police found him.

“When I threw the cigarette butt, I consciously decided that I hate these guys, and I wanted to start the fire,” Kangas told police.