City to roll out red carpet for bocce return

After a two-year hiatus due to the COVID-19 pandemic, organizers of the 47th World Series of Bocce are ready to get the bocce balls rolling...

City to roll out red carpet for bocce return 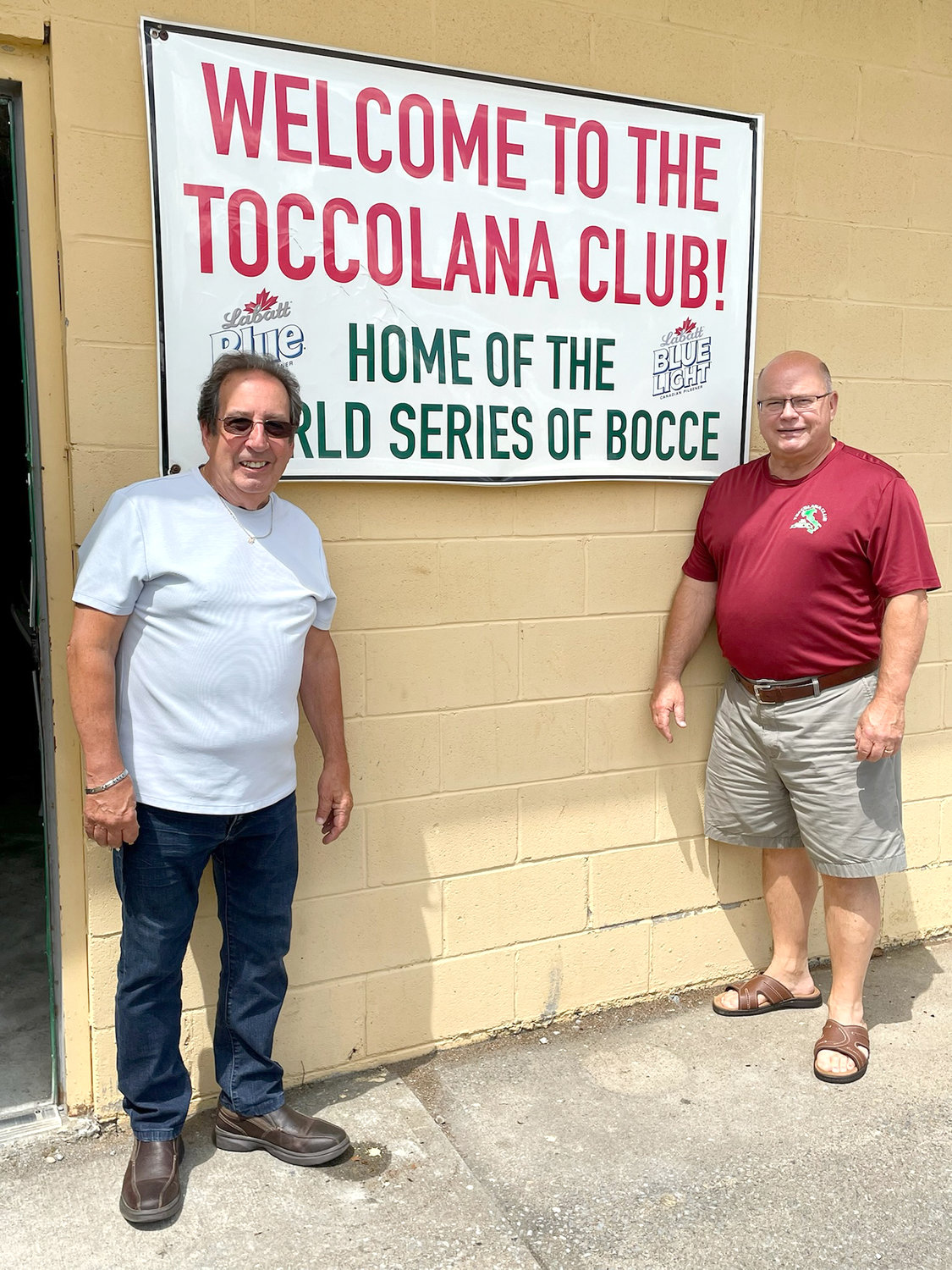 Michael Ferlo, left, and David Smith, co-organizers of the World Series of Bocce, are in the midst of preparing for the four-day event to be held July 14-17 after a two-year hiatus due to the COVID-19 pandemic. Between 2,000 and 3,000 people a day are expected to visit the Toccolana Club on East Dominick Street during the tournament.
(Nicole A. Hawley) 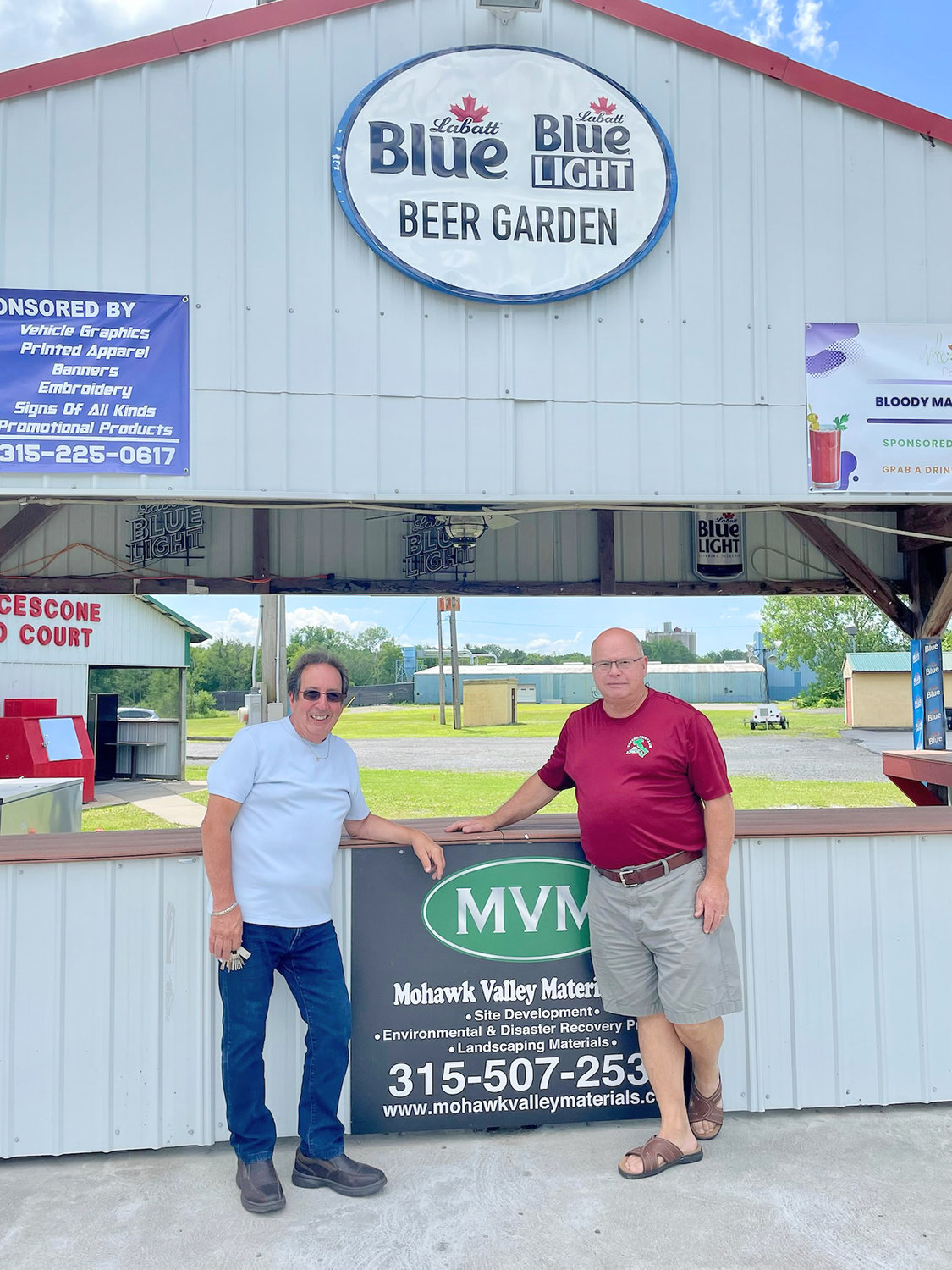 ROME — After a two-year hiatus due to the COVID-19 pandemic, organizers of the 47th World Series of Bocce are ready to get the bocce balls rolling, with opening ceremonies to kick off at 5:30 p.m. Thursday, July 14, at the Toccolana Club, 1412 E. Dominick St.

Tournament play and contests will run through Sunday, July 17, with local bands performing and traditional Italian eats cooked up by the staff at The Franklin Hotel.

WSOB co-organizer Michael Ferlo said there’s already much excitement in the air about this year’s World Series after the pandemic shut down tournament play for two consecutive years.

“The city and our sponsors have been working right along side us to make sure this year’s World Series is a big success,” Ferlo said. “We’re getting a great response and have had lots of teams from out-of-state call to make sure the tournament was on this year. We’ve even had team names register that we don’t even recognize.”

“After a long period of not having anything, we’re ready to roll,” Ferlo smiled.

The response from outside the region and the state has been so great, that Ferlo said he encourages local teams to sign up soon as spots are filling fast.

The WSOB is still taking applications for four-person teams, in both the men’s and women’s divisions. Deadline for application submissions is Saturday, July 9.

World Series co-organizer David Smith said the tournament is in line with having more than 100 men’s teams alone, approaching the cut-off of 128. Traditionally there are 36 Ladies Division teams that participate, he said.

Smith added that the World Series will include several contests, such as the Pointing Contest and the Facciolo Brothers Annual Spock Shot Challenge on Thursday.

And to kick off the festivities, the Toccolana Club will host the World Series Warmup starting at 9 a.m. Saturday, July 9.

Cost is $100 per team with double-elimination rounds. It’s open to four-person men’s women’s and mixed teams, with applications due by 6 p.m. Tuesday, July 5. The drawing for teams will be held at 6:30 p.m. For times, call the club after 7:30 p.m. Checks should be made payable to the Toccolana Club.

For questions about the Warmup, email the club at toccolanaclub@yahoo.com or call Dave Salce at 315-339-3609.

Meanwhile, during opening ceremonies for the World Series of Bocce on July 14, Ferlo said local dignitaries are expected to attend and speak. In the past, State Comptroller Thomas DiNapoli has attended.

“We’ve had all the past and present mayors in attendance, local dignitaries like Sen. Joseph A. Griffo, and we’ll have Father (the Rev.) Paul Angelicchio do a blessing,” Ferlo explained.

In the meantime, as they continue planning Rome’s World Series, Ferlo and Smith, along with their team members, are planning a trip to visit Toccolana’s sister club, the Cleveland Bocce Club in Ohio, for a major tournament. Several players from Cleveland are also expected to make the trip to Rome for the World Series this year.

Local radio host Bill Keeler is expected to make an appearance at the World Series, as well as local bands and regional performers.

“The Franklin will be here with their signature dishes and sandwiches, including sausage and peppers, and we expect anywhere between 2,000 and 3,000 people” each day of the tournament, Smith said.

Traditionally bocce players have come from as far as Canada, California, Connecticut and Florida, and teams from far and wide are expected to compete in 2022 as well. Tournament finals will take place on Sunday.

Mayor Jacqueline M. Izzo, who will attend opening ceremonies, said the city is gearing up to welcome guests from all over the state and elsewhere, sprucing up areas and “putting our best foot forward.”

“We’re obviously very happy that the World Series of Bocce is returning after a little layoff because of the pandemic,” Izzo said. “We’re hoping for a great weekend, as we always have for the series, and we look forward to welcoming many visitors to our city.”

The mayor further commended the Toccolana Club for the extreme undertaking of organizing, planning and hosting the major four-day event. Izzo said the city will do whatever it can to assist in making sure the 47th World Series of Bocce is presented in the most positive light and will help club members navigate a successful tournament. The World Series is expected to be an added boost for the city’s economy, as local hotels and restaurants welcome visitors throughout the weekend.

“We’ll make sure the public areas around the facility are spruced up, and that we put our best foot forward for all our guests coming to visit our city,” said Izzo. “The two largest weekends for Rome are Honor America Days and the World Series of Bocce, which makes July a very busy month for our city.”