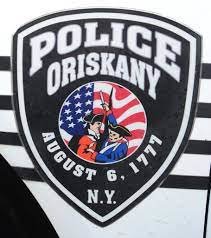 VILLAGE OF ORISKANY — A new citizen advisory board is chief among the proposed reforms in the final draft of the Oriskany Police Department’s reform plan.

The plan is available for public viewing and comment on the village website at www.Oriskany.org. All public questions and comments are asked to be submitted in writing to the village clerk.

Public comments will be reviewed by the reform committee at one final virtual meeting at 5 p.m. Tuesday, March 16. The public is invited to attend the virtual hearing.

In June, Governor Andrew M. Cuomo issued an executive order requesting that all police agencies across the state form a community advisory board to review and reform departmental policies and procedures.

The executive order was issued in the wake of the death of George Floyd in Minnesota, for which four police officers were charged.

The reform committee held four virtual meetings between Jan. 16 and Feb. 24 to prepare the final draft. The final plan must be submitted to Albany by April 1.

One of the larger reforms proposed in the plan is establishing a citizen advisory board. According to the plan, the board will be composed of three village residents who will weigh in on public safety concerns as they arise.

The new board will help identify community problems and collaborate with the police department to produce meaningful results.

Two members of the reform committee will serve in the first year of the new board. After that, board membership will be appointed by the village Board of Trustees in conjunction with the mayor. The new board will also be asked to review any misconduct allegations against the department, according to the plan.

Regarding reports of misconduct, the plan suggests having three different reports created for each case: one from the citizens advisory board, one from the department itself and one from an alternative agency. The three reports would then be submitted to the Board of Trustees for consideration and any disciplinary action.

The Oriskany Police Department is composed of one chief and 14 officers, including one sergeant.