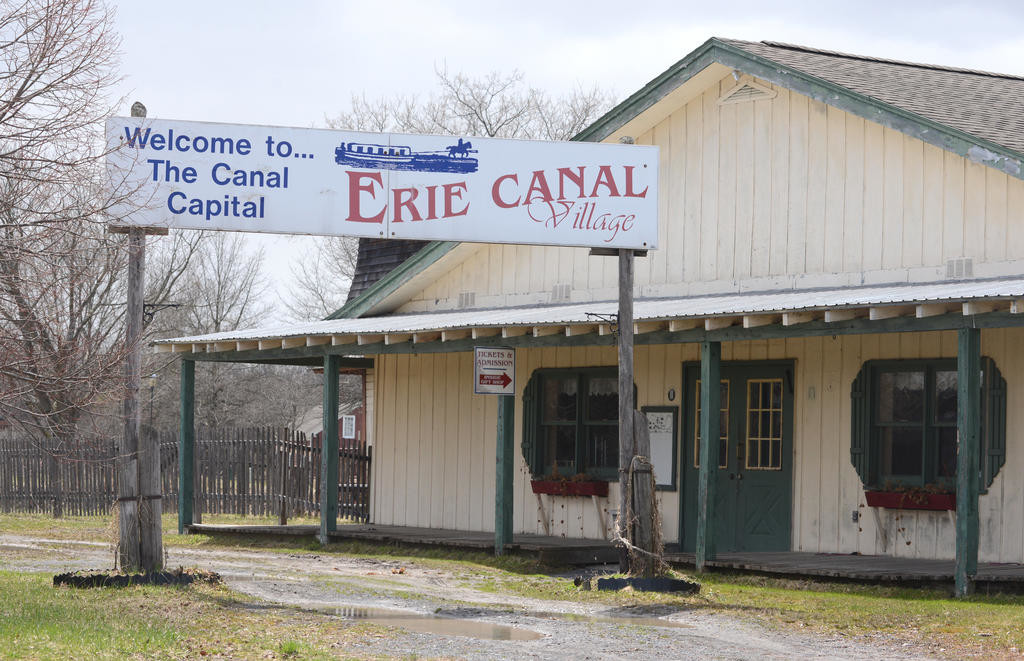 OPENING SOON — The entrance to the Erie Canal Village on Rome-New London Road welcomes visitors. When the park reopens on May 1 for the season under new management, it will be a sneak peak opportunity for the public to see what the group plans to do to bring the Village back to proper condition. The new management also intends to make admission free. (Sentinel photo by John Clifford) 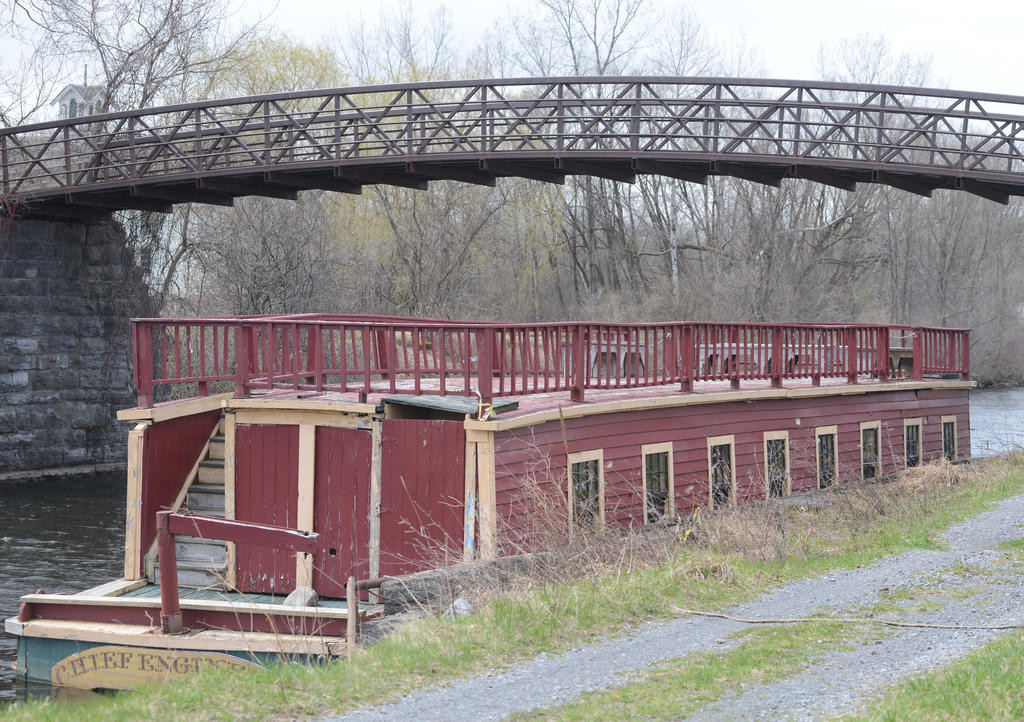 LONG LIST OF REPAIRS ­ — The packet boat Chief Engineer sits in the canal next to the bridge into the Erie Canal Village in west Rome. The boat, in serious disrepair, is one of many Village features in need of major work. The new management group will open the site for free on May 1 to present its plan for repairs all over the historic site. (Sentinel photo by John Clifford)
Previous Next
Posted Monday, April 27, 2015 4:00 pm

Empire State Heritage Park will take over management of the Erie Canal Village on Friday, May 1. Beginning on that day, the property will be open to the public, for free, even as restoration work begins to bring it back to its original condition, officials of the new ownership stated.

May 1 will be a preview of the site, as no activities will be offered yet.

The Village is located at 5789 Rome-New London Road and was developed by the state to memorialize the starting point of the Erie Canal.

Originally city-owned, it is now owned by the second private owner in its history, a Cape Vincent-based company called Railstar. That company has signed a five-year lease-purchase deal with Empire State Heritage Park. Railstar will continue to operate the train on site.

“Locked gates have been keeping people out of Erie Canal Village for too long, this is a new day for the people of Central New York,” said Ron Prince, chief executive officer of the company taking charge of the 210-acre historic site.

Mayor Joseph R. Fusco Jr. will cut the lock on the main gate at 11 a.m. on May 1, and he will lead a group of concerned citizens across the bridge into the Village.

Most of the buildings in the Village were cited by the city as “unsafe to enter” in 2012 and have remained closed to the public since then.

Timothy D. Shannon, vice president and chief operating officer of the company, said, “Getting these buildings repaired and re-opened is our top priority.”

Shannon will conduct a tour of the Village and explain the company’s plans for repairs and for new development. His assistant, Mark Clough, will be on hand to describe how problems like caved-in foundations and rotten timbers will be remedied.

“This is one of the most historically significant places in the country, it must be saved,” said Edwin R. Williams, who serves as vice president for arts and entertainment. Williams, a Rome resident, said that the park’s first public event, the Empire State Craft Fair, will be held over the Memorial Day Weekend — May 23-25.

Workers at the park will be on the job at all times getting ready for the event. “Prepping for this show in just three weeks will be a monumental feat but we’re up for the challenge,” Williams added.

Danielle Gorton-Williams, the company’s creative director, is working with local talent to provide entertainment at the Craft Fair, ensuring that everyone will have a good time.

“People used to come here for special times,” she said. “We want them to be able to enjoy those times again.”

“I think we can make a significant difference by Memorial Day,” said Prince, adding the hope that people “will be impressed” with what they see.

Admission to the Empire State Craft Fair will be free of charge to the public. Vendor applications are being accepted until May 10. For more information, call 281-8181.

The management company is creating www.empirestateheritagepark.com, which will have a section for the Village, Prince noted. 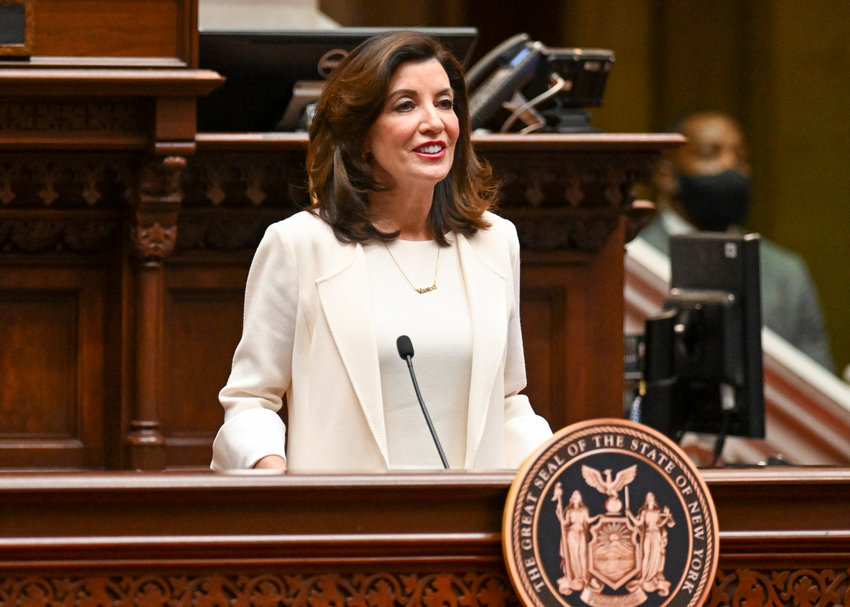 ALBANY (AP) — Gov. Kathy Hochul has raised nearly $22 million for her election campaign, a huge sum that gives her a dominating advantage over a narrowing field of opponents in the Democratic …