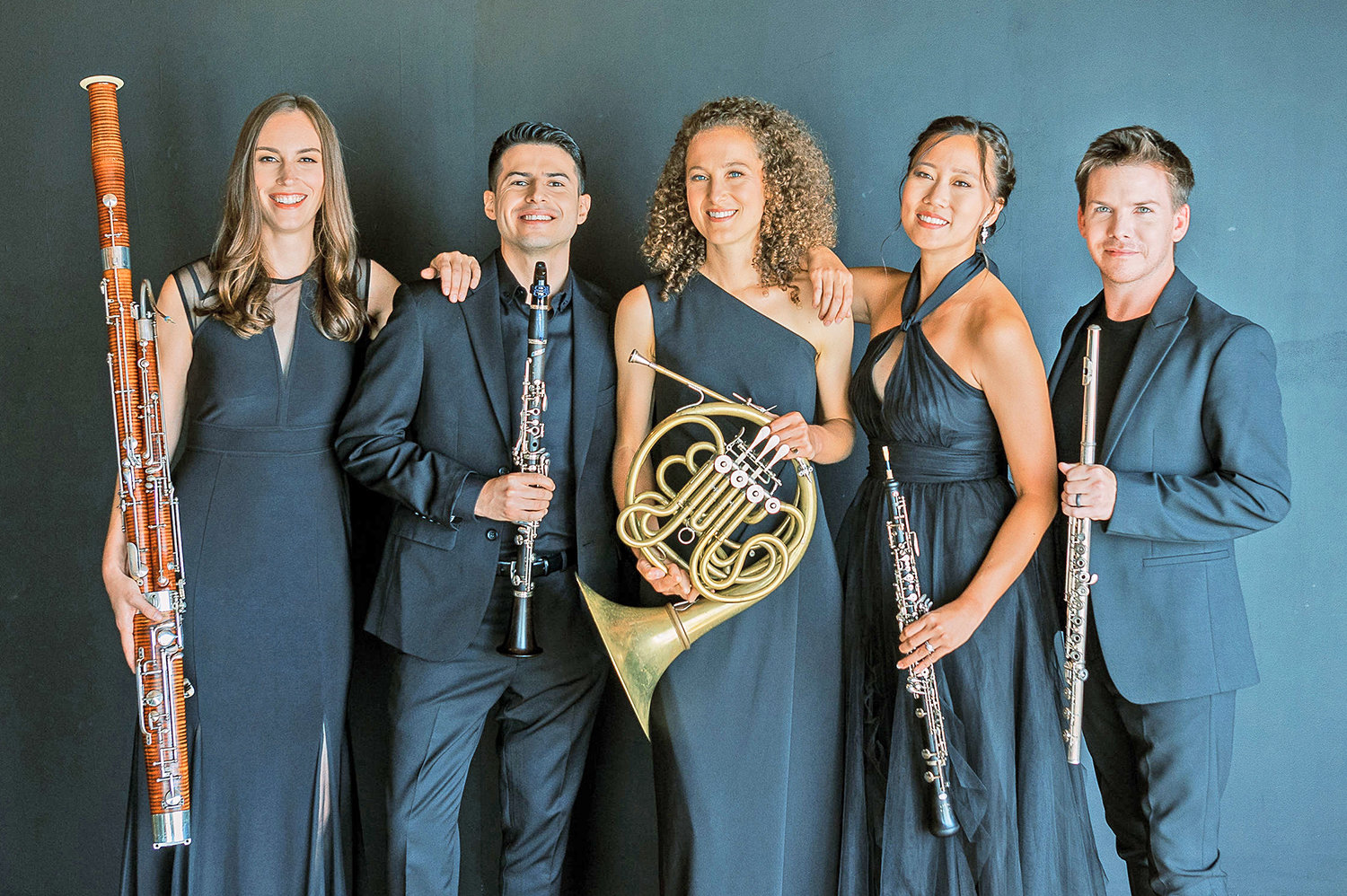 For the live concert, general admission is $25; students age 18 and older $10 with ID; and free for children age 18 and younger. Only cash or check will be accepted for payment. Masks are requested and distanced seating is available.

For the live stream, log on to the CMSU website www.uticachambermusic.org at 2:15 p.m. to confirm system compatibility before the performance begins. Viewers without a CMSU subscription are requested to make a $25 donation.

More on WindSync from Chamber Music Society of Utica:

WindSync has established itself as a vibrant chamber ensemble performing wind quintet masterworks, adapting beloved music for their instrumentation, and championing new works by today’s composers.

The quintet eliminates the “fourth wall” between musicians and audience by often performing from memory, creating an intimate connection. This personal performance style, combined with the ensemble’s three-pronged mission of artistry, education and community-building, lends WindSync its reputation as “a group of virtuosos who are also wonderful people, too”

Performances of note include recitals at the Met Museum, NYC; Ravinia Festival, near Chicago, IL; Shanghai Oriental Arts Center; and Weill Recital Hall at Carnegie Hall. Their commissions and premieres include “The Cosmos,” a concerto for wind quintet and orchestra by Pulitzer finalist Michael Gilbertson, and recent works by Ivan Trevino, Marc Mellits, Erberk Eryılmaz, and Akshaya Avril Tucker.

WindSync’s thematic programming responds to the people and places where they work. This has led to fruitful collaborations with partners as wide-ranging as the Lunar and Planetary Institute, the Center for Performing Arts Medicine, and the National Museum of Wildlife Art.