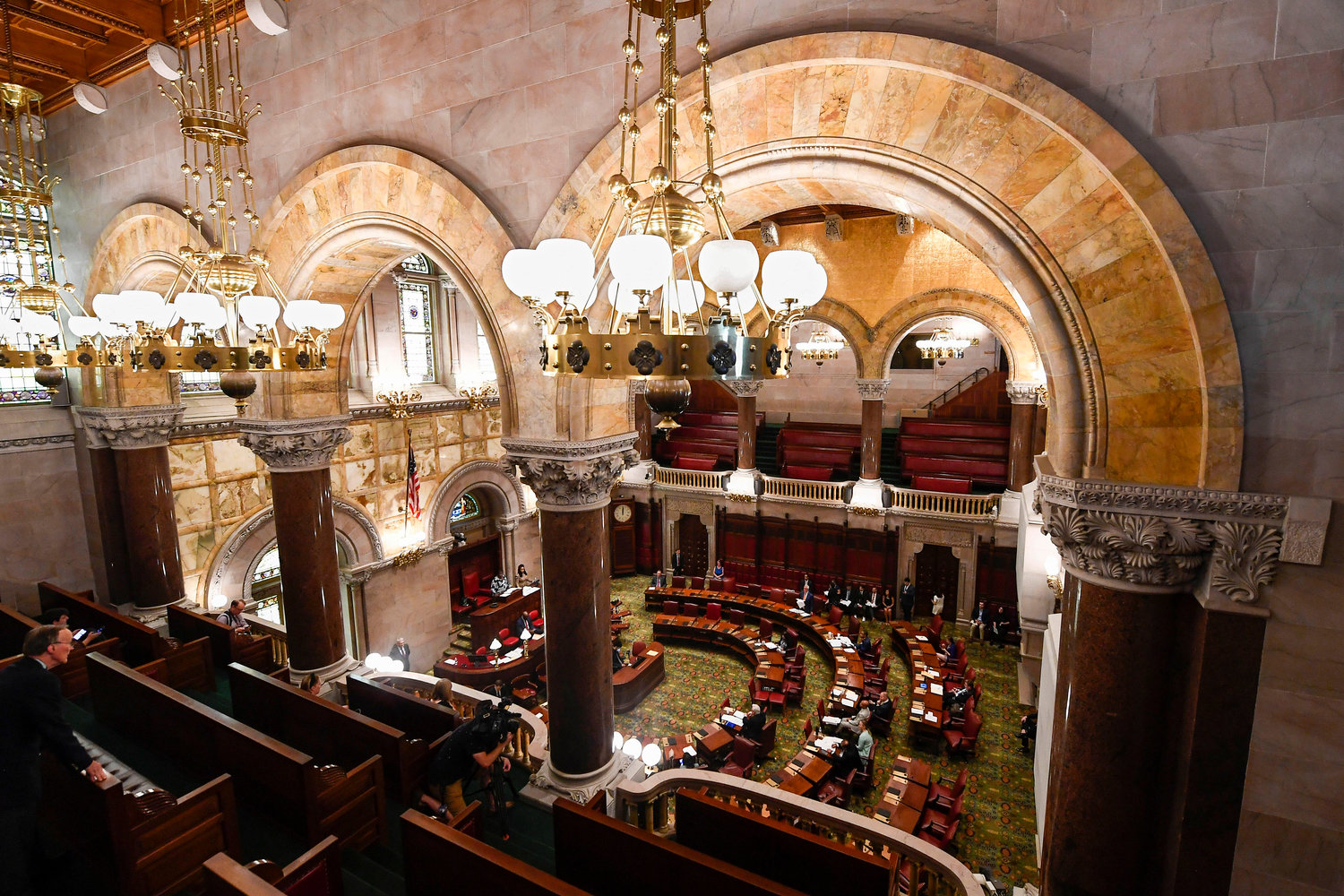 New York lawmakers this month approved an overhaul of licensing rules after the Supreme Court struck down a 109-year-old state law that required people to demonstrate an unusual threat to their safety to qualify for a license to carry a handgun outside their homes.

The sweeping law signed by Democratic Gov. Kathy Hochul is set to take effect Sept. 1. Among other provisions, it will require people applying for a handgun license to turn over a list of their social media accounts and will prohibit carrying firearms at a long list of "sensitive places," including schools and airports.

The lawsuit filed Monday in federal court in Buffalo takes aim at the law's provision that will bar people from bringing guns into private businesses unless the owners put up signs saying guns are welcome. People who bring guns into places without such signs could be prosecuted on felony charges.

The lawsuit claims that the practical effect of that provision is to subject the Second Amendment rights of New York residents "to a case-by-case public referendum" by property owners and renters.

"It would be patently unconstitutional for the state to require citizens to seek permission from the owner of each property they visit before they could legally speak or pray," reads the federal complaint. "So too, it is unconstitutional to treat Second Amendment rights in this way."

Hochul, at an unrelated public appearance Tuesday, said the new gun legislation is solid, and that she is ready to "defend it in court."

"We worked very intentionally with top legal minds in this country to craft legislation, working with the Legislature to make sure this met all constitutional requirements and thresholds," Hochul said. "It was not rushed other than the fact that the Supreme Court took away the right of the governor to protect the people in her state."

Paladino, the GOP nominee for governor in 2010, is competing in a primary in New York's 23rd Congressional District, which runs from the suburbs of Buffalo to rural communities along the Pennsylvania border.

State Republican Party Chair Nick Langworthy, who also is competing in that GOP primary, said last week the party would challenge the law as part of a coalition.
___
Maysoon Khan, a corps member for the Associated Press/Report for America Statehouse News Initiative, contributed to this story. Report for America is a nonprofit national service program that places journalists in local newsrooms to report on under-covered issues.