State and local officials celebrated a construction milestone in Marcy on Thursday afternoon: the ceremonial placement of the final steel beam in place for the Cree Inc. factory that promises to … 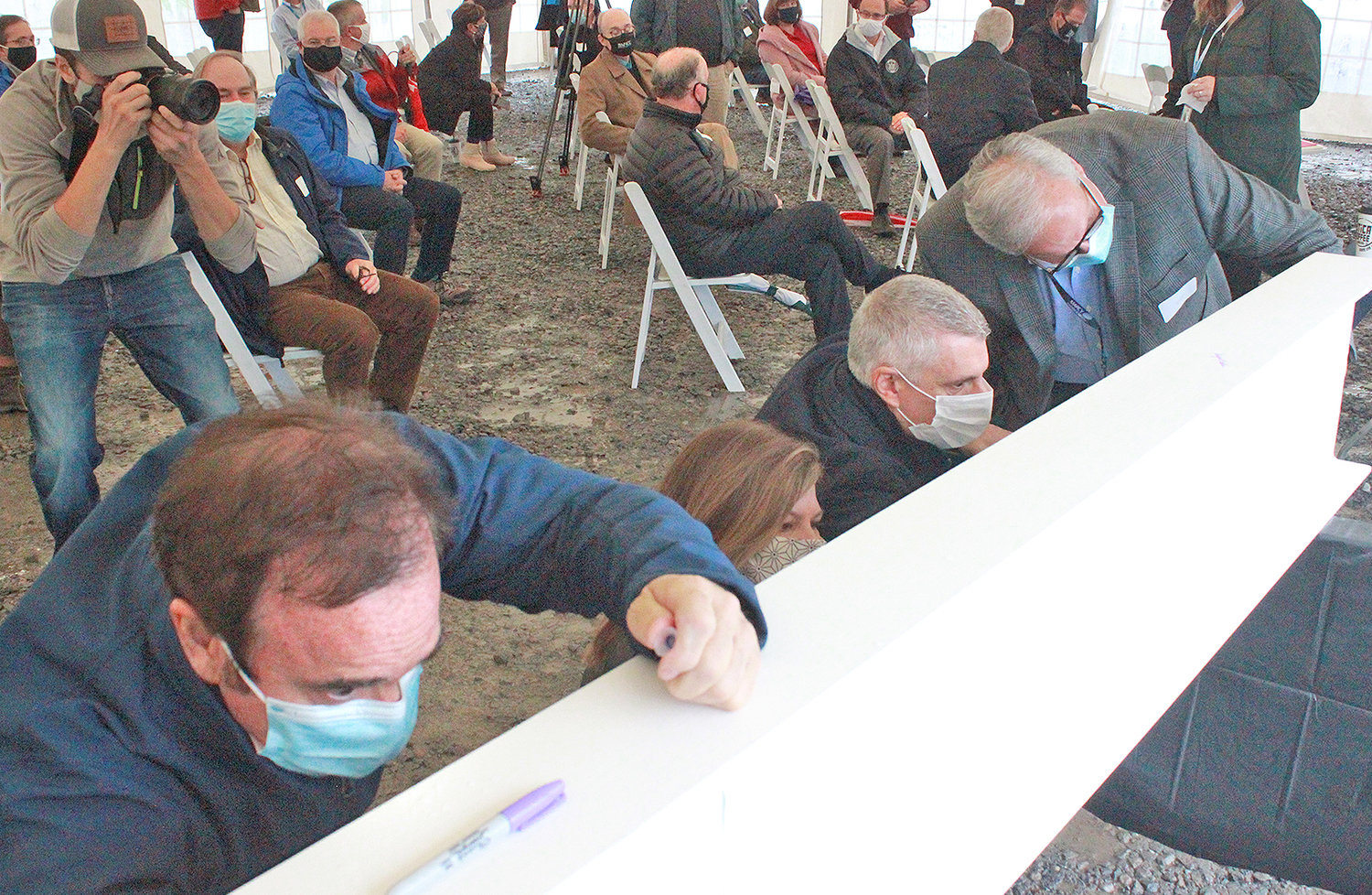 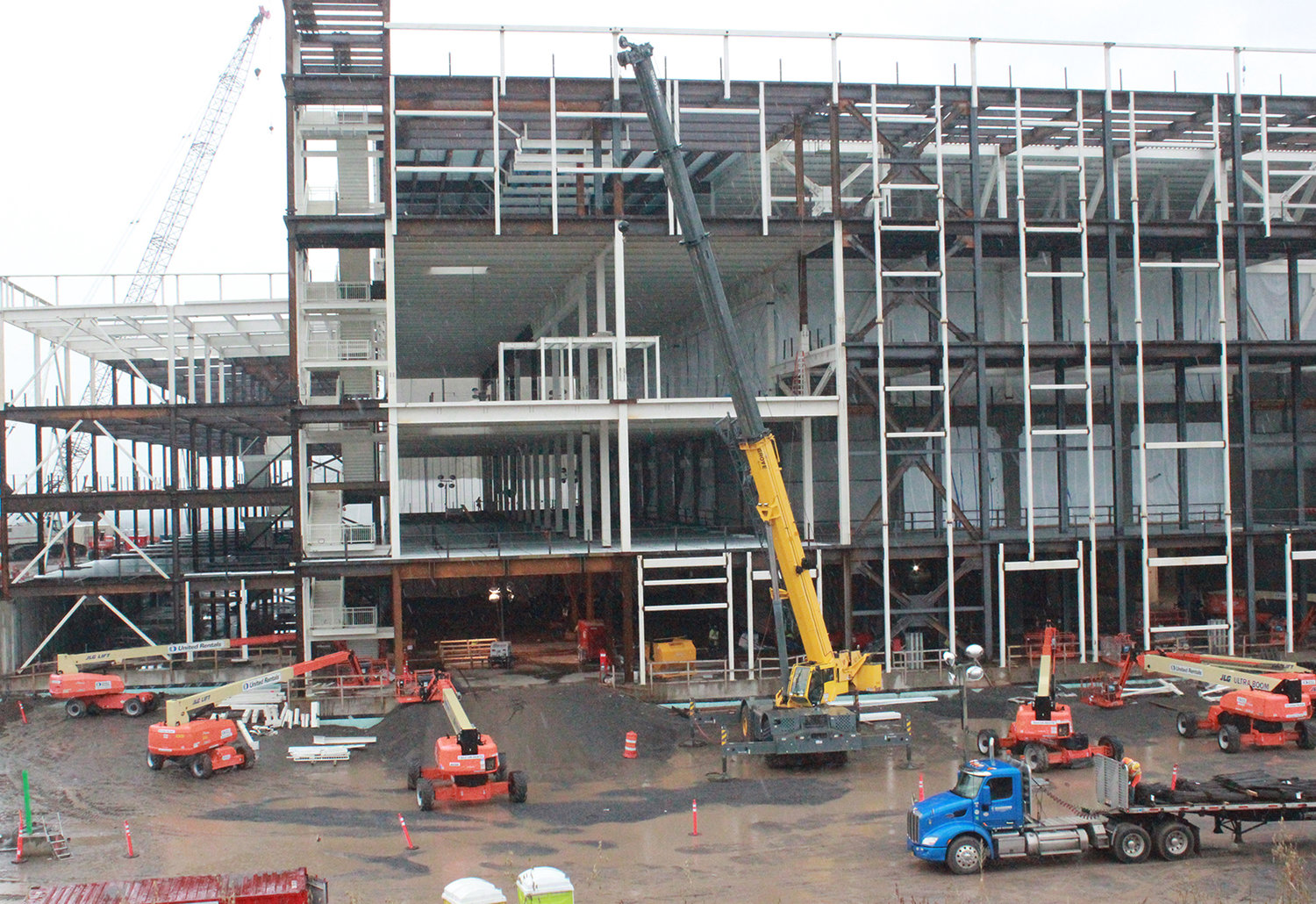 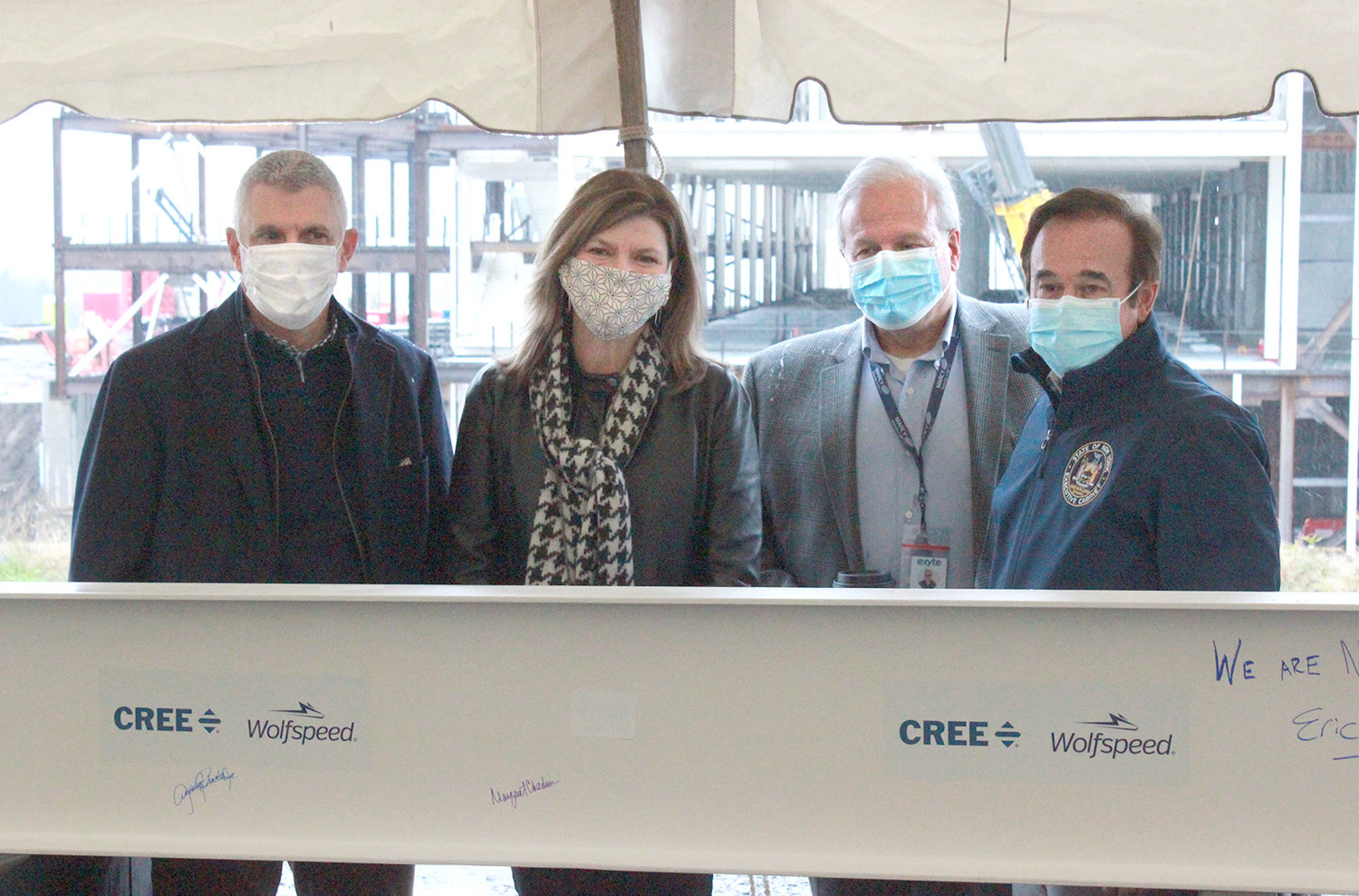 State and local officials celebrated a construction milestone in Marcy on Thursday afternoon: the ceremonial placement of the final steel beam in place for the Cree Inc. factory that promises to employ more than 600 people by the end of the decade.

Cree, the North Carolina-based semiconductor company, has 40 full-time employees working on its under-construction silicon carbide fabrication facility in Marcy, and had 24 interns from universities across the state this past summer, according to Empire State Development.

The project remains on schedule, with the clean room ready for fabrication tools this coming spring, ramp-up of production in 2022. The full projected staff of 614 would be on site by 2029, the company has said.

The building is towering over the north side of the Mohawk River Valley, visible from throughout Utica and the surrounding area, just west of the SUNY Polytechnic Institute.

The project culminates some 20 years of effort by state and Oneida County officials to lure a major semiconductor industry employer. The billion-dollar facility will fabricate 200-milimeter-
wide wafers of silicon carbide and is considered to be the world’s largest of its kind, making products for use in power generation, telecommunications and most significantly the automotive industry in electric cars, trucks and buses under its Wolfspeed business division. Cree announced earlier this month it plans to sell off its LED division and focus on its Wolfspeed business lines.

“This milestone is proof of our commitment to the Mohawk Valley and is another step towards strengthening the research and scientific assets that New York needs to attract high-tech industries and build back better,” Gov. Andrew Cuomo, who was not at Thursday’s ceremony, said in a statement. “Cree-Wolfspeed has already proven to be a great partner, and we are proud to have them establish roots in the region as we continue to support and grow the advanced manufacturing infrastructure of New York State.”

Incentives to lure Cree include $500 million in performance-based capital grants from Empire State Development to reimburse a portion of Cree’s costs of fitting out the new facility and acquiring and installing new machinery and equipment, along with $1 million in Excelsior Jobs tax credits. The State University of New York has also committed to match up to $5 million in semiconductor-related research funding from Cree for the SUNY system.

Cree is taking part in a program of payments in lieu of property taxes to Marcy, Whitesboro schools, the Maynard Fire Department and Oneida County with some $22 to $30 million depending on the final building design, while Oneida County’s contributions include upgrading the access road and electrical connection. Cree is to pay up to $69 million over the 49-year term of its long-term lease for the state-owned site.

Cree also announced in July $3.5 million for a scholarship program and two endowed faculty positions at SUNY Polytechnic Institute, with the scholarships aimed at helping students from underserved or marginalized communities and those with financial need.