From Stephen King, to Jimmy Fallon and Al Roker, celebrities put Utica in the national spotlight as they shared their opinions on the city and what it has to offer, both good and bad. 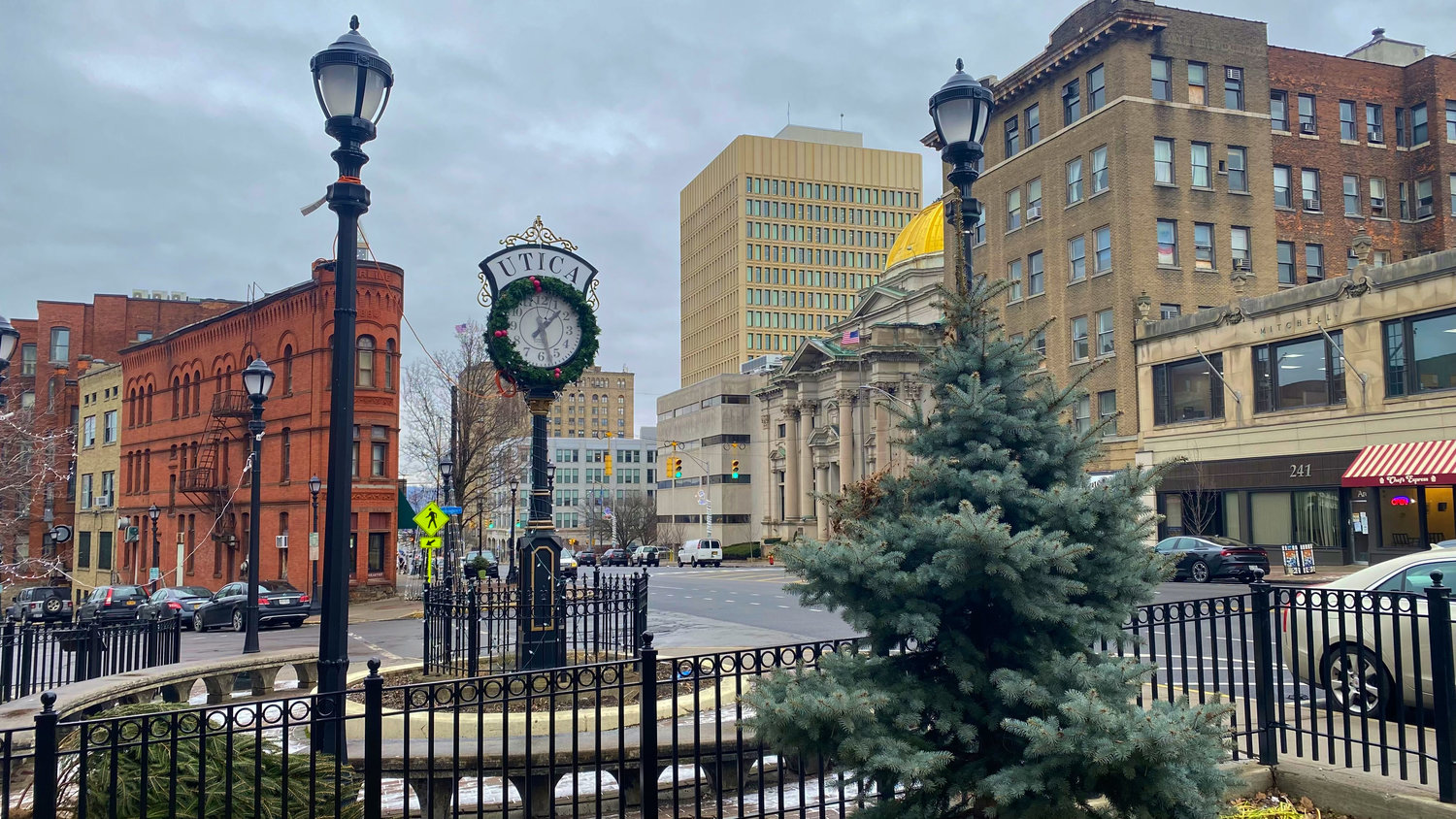 Utica has been thrust into the national spotlight as Stephen King, Jimmy Fallon and Al Roker all recently shared their opinions on the city and what it has to offer.
(Sentinel photo by Thomas Caputo)
Posted Saturday, January 14, 2023 9:56 am
Thomas Caputo
Staff writer
email

UTICA — From Stephen King, to Jimmy Fallon and Al Roker, celebrities put Utica in the national spotlight as they shared their opinions on the city and what it has to offer, both good and bad.

During the tumultuous five days it took for Congress to elect a Speaker of the House, author Stephen King voiced his frustration through Twitter on Jan. 6 in the form of a joke at Utica’s expense.

“the Speakership is like that old joke: First prize is a week in Utica. Second prize is TWO weeks in Utica,” King tweeted.

the Speakership is like that old joke: First prize is a week in Utica. Second prize is TWO weeks in Utica.

King’s jab at Utica did not go over well with locals as hundreds of people tweeted back at the author to defend the city.

Third District Councilor Celeste Friend, who is running for mayor of Utica, took a jab back at King and replied “Third prize is being forced to read Insomnia cover-to-cover in one sitting.” Insomnia is one of King’s novels, published in 1994.

Third prize is being forced to read Insomnia cover-to-cover in one sitting.

Oneida County Executive Anthony Picente mentioned that “Utica is far from ‘The Dead Zone’ these days Mr. King. Come and see how #OneidaCounty has grown.”

Utica is far from 'The Dead Zone' these days Mr. King. Come and see how #OneidaCounty has grown.

The official Twitter account for the city of Utica replied to King’s tweet with one word, “mid,” which is a slang term popular with Millennials and Generation Z that, according to Urban Dictionary, is used to insult and degrade an opposing opinion.

King’s tweet was not the first time the author has written about Utica, he had previously mentioned the city in his books. Archived articles online also state that he was, at one point, “fascinated” with the city.

Ron Klopfanstein, a journalist and English professor at Utica University, shed some light on King’s familiarity with Utica and tweeted that King’s daughter, Naomi King, was once the minister of the Unitarian Universalist Church of Utica, however, she experienced anti-gay discrimination during her time here. Klopfanstein also noted that, while there are worse areas in the country, discrimination against the LGBTQ+ community continues to be a problem for the region.

His daughter was the minister at the UU in Utica. She experienced a lot of anti-gay discrimination in the area. It was back in the 90s or early 2000s. There are worse areas in the country if you’re LGBT but discrimination is certainly still a big problem in this area even today.

According to the Unitarian Universalist Church of Utica’s website, Naomi King was minister of the church from 2005 to 2007.

On Jan. 10, Stephen King followed up on his comments regarding Utica with an apology, saying “I sincerely apologize to all the people from Utica I offended. I guess I should have said Cleveland? or Salt Lake City?”

I sincerely apologize to all the people from Utica I offended. I guess I should have said Cleveland?or Salt Lake City?
🤣

His apology caught the attention of Gov. Kathy Hochul, who thanked King for the apology and reminded him not to pick a fight with New Yorkers.

Thanks for the apology, @StephenKing. A reminder not to pick a fight with 20 million New Yorkers!

While King’s original statement regarding Utica was initially negative, two other celebrities expressed their adoration for the city and one of its main exports.

During the Jan. 4 broadcast of The Tonight Show Starring Jimmy Fallon, Fallon hosted a recurring segment called the Battle of the Instant Songwriters, where two audience members were given a title and one hour to write an original song. Darryl Rahn, a musician from Utica, was one of the two songwriters who participated in the segment. Upon introducing Rahn and hearing that he’s from Utica, Fallon responded “Utica? Oh, my gosh, I love Utica.”

Rahn’s original song “It’s 2023 (Go to the Gym for Me)” went on to win the Battle of the Instant Songwriters segment, where he won a sweatshirt, a notebook and a check for $1,000.

One week later, Utica was mentioned again on national television, this time on the Jan. 11 broadcast of NBC News’ TODAY.

When co-anchor Savanah Guthrie asked Al Roker what the forecast was, he responded with “I got some Utica Club, that’s a good beer, I like that Utica Club,” before getting to the actual forecast. Roker is no stranger to Central New York, as he graduated from SUNY Oswego in 1976 and previously worked for Syracuse-based CBS affiliate WTVH, then known as WHEN.

Following the national attention that Utica has received, Utica Mayor Robert Palmieri addressed why he believes Utica has been on the minds of famous people.

“I think it goes without saying that this city has so much to offer,” Palmieri said. “Anyone that comes in to the city, whether it’s for the Boilermaker, or just coming up through the Adirondacks, they fall in love, not only with our cultures, our diversity, our foods, but the warmth of our people and to get national recognition, that’s the facts of our great city.”