Cat recovering after being shot with arrow 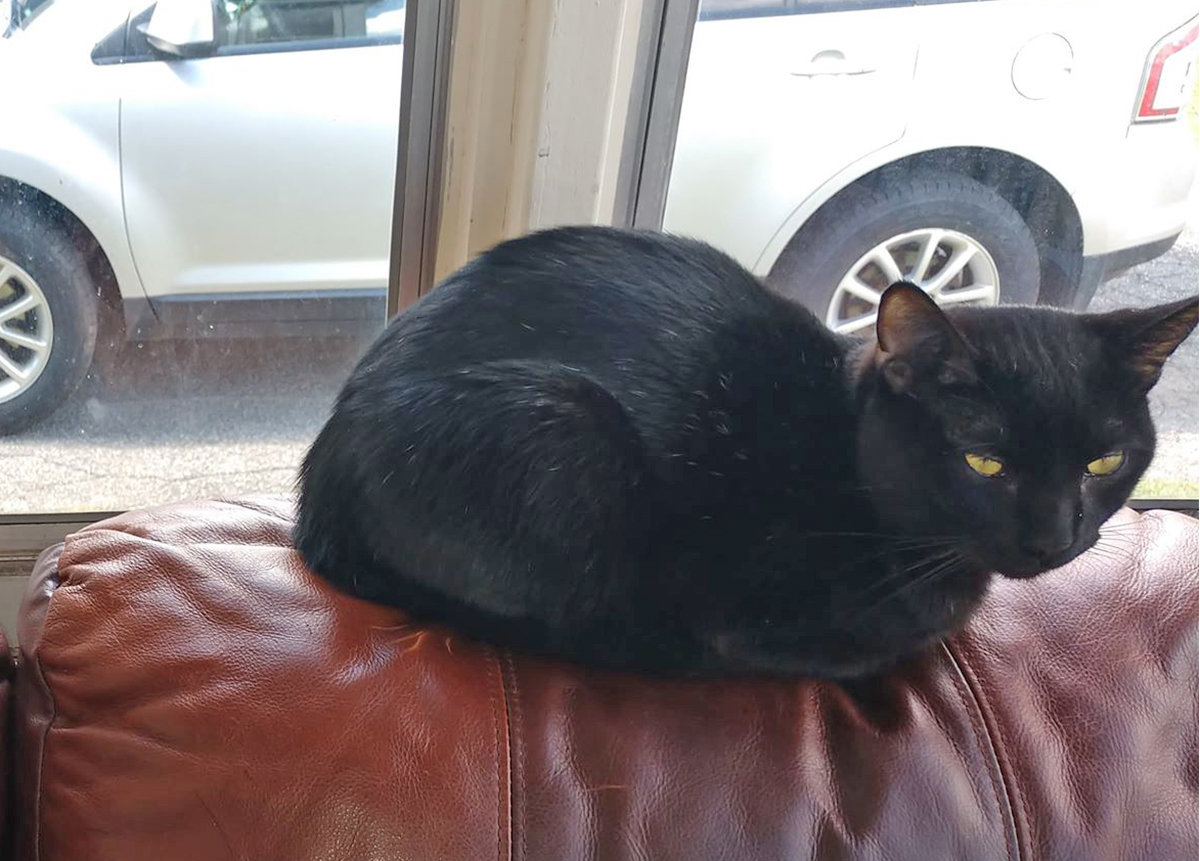 TOOTHLESS — This 1-year-old black cat, named Toothless, was shot in the head with an arrow near his home on Calvert Street sometime Tuesday morning, according to owner Erica Thayer. The New York State Department of Environmental Conservation is investigating. This is a picture of Toothless from before the attack.
(Photo submitted)
Posted Wednesday, June 10, 2020 4:00 pm
Sean I. Mills
Staff writer
email • twitter
A family on Calvert Street is seeking justice after they said their pet cat was shot in the head with an arrow on Tuesday. The cat survived and received emergency veterinary treatment but is likely to have suffered permanent damage.
“That’s just inhumane,” said owner Erica Thayer this morning. She said that she called the state Department of Environmental Conservation, and the ASPCA is going to be in touch. According to a DEC official, the investigation is under the jurisdiction of Rome Police.
Toothless, the 1-year-old black cat, is expected to return home from the veterinarian today, Thayer said, but he may still need surgery once the swelling and infection go down. The arrow shot through Toothless’ ear, but also likely caused permanent damage to his face.
“They hit a facial nerve when they shot him, so his eye and ear may never be normal again,” Thayer stated.
No arrests have been made so far. Thayer said she suspects a neighbor likely shot her pet.
According to Thayer, she and her family were not at home when another neighbor spotted Toothless crossing Calvert Street on his way home at about 5:45 p.m. Tuesday with the long arrow sticking out of his head. The neighbor had to help Toothless into Thayer’s yard because he could not get the arrow through the porch railing.
Thayer said the family rushed home and called the authorities when they found Toothless.
“My daughter was mortified. She was freaking out,” Thayer stated. The family took Toothless to a local veterinarian, who told them that the injury likely happened sometime Tuesday morning.