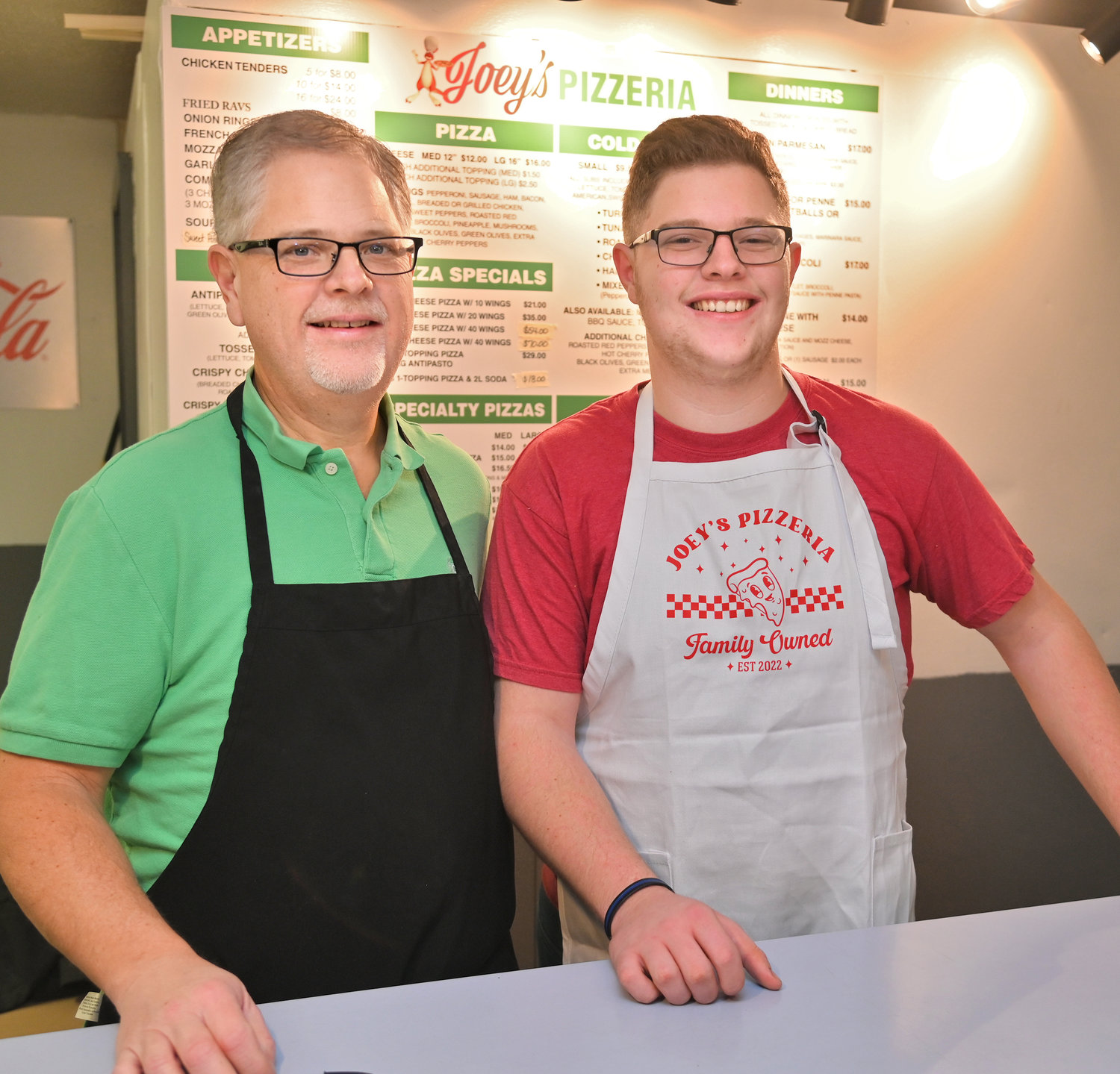 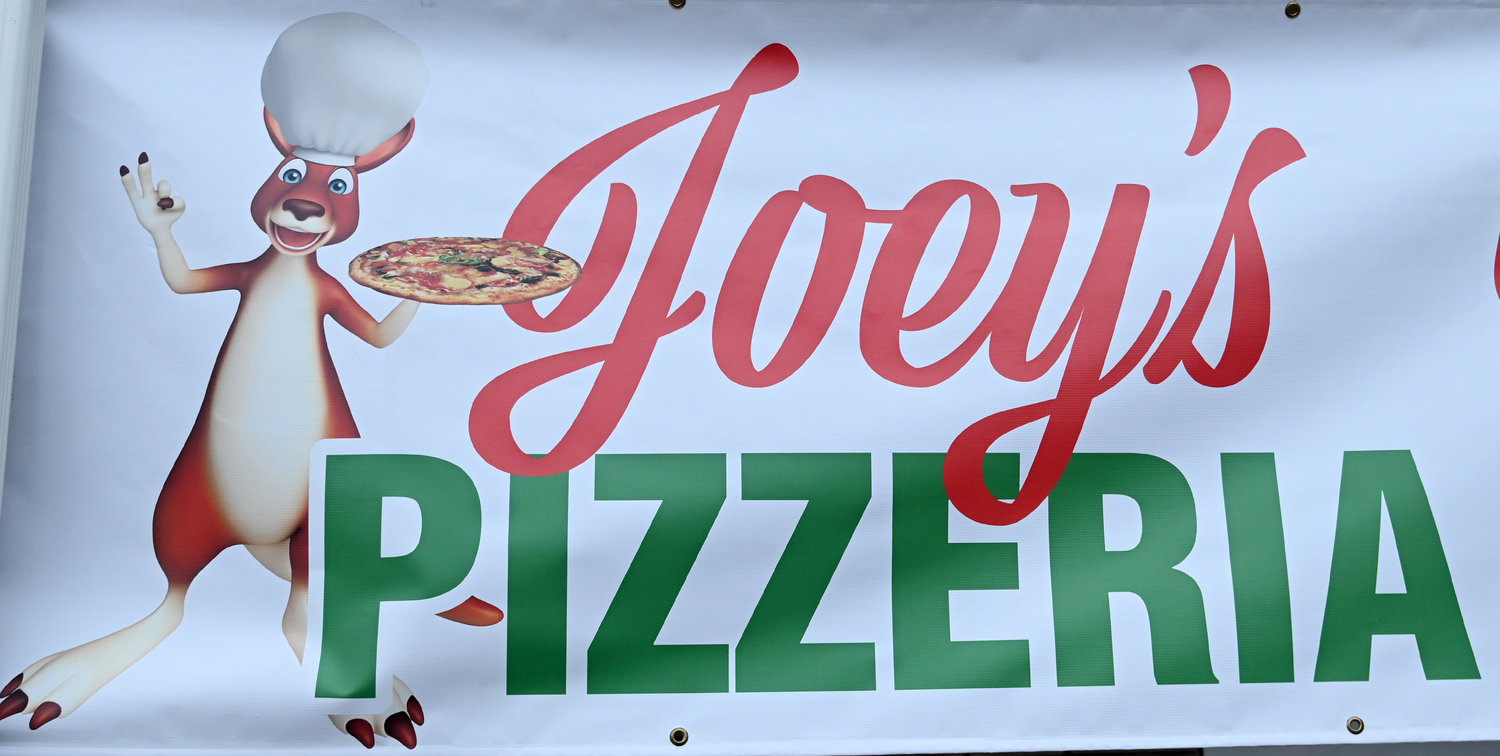 LEE — When Joe Mooney, Jr., a lifelong Lee resident, and his son, Joey III, an aspiring teacher studying at SUNY Oswego, opened the doors to Joey’s Pizzeria on Dec. 2, the community overwhelmed them with business.

“Things are going unbelievably well so far,” said Joe, Jr. “The few hiccups we’ve had were caused by having so many more customers than we expected so soon.”

Joe Jr. reports curing those hiccups by listening to their customers and adapting as they grow. He has not quit his day job - yet - but sees retiring from it on the horizon and works to establish Joey’s as a “next chapter” he looks forward to undertaking.

“It’s something I’ve always wanted to do,” he said. “Feed people.”

The opportunity to open Joey’s Pizzeria — which has reimagined the space once known as Luigi’s II that was run by the son of the proprietor of Luigi’s on James Street in Rome — presented itself and Joe jumped at it.

“It was a good time to take the chance,” he said.

Diners are lured in by a strong curb appeal, then greeted by a warm, welcoming room, bordered by booths and dotted with dining tables. The space has a simple, family-owned and family-friendly charm.

Early chirping cheers the pizza as “sooooo good.” Joey’s dubs it as New York style, featuring a “very thin crust” topped with full-fat, dry-grated mozzarella cheese and a light-on-the-sauce approach so as not to overpower the proprietary blend of flavors. Get it by the slice for dine-in. Calzones, as well as hot and cold subs and sandwiches made with locally baked bread include chicken and eggplant parmesan and Philly cheesesteak.

As the snow still flies, warm up with house-made soups — the clam chowder touted as “excellent” — or some comfort food for supper, with entrees including chicken or eggplant parmesan, pasta with meatballs, sausage, and a tasty house red sauce, chicken broccoli Alfredo or baked penne with mozzarella.

Pizzas and soups of the day are featured on the specials board, with the pizza of this day being “The Spicy Roman,” topped with sausage, ham, cherry peppers, and provolone and mozzarella cheeses.

As no respectable “upstate” restaurant could be respectable without them, Joey’s does wings and has whipped up some proprietary sauces to set off the traditional hot-medium-mild Buffalo options. Indulge in BBQ, citrus chipotle, Nashville hotts, red pepper chili or go for the flavor that has emerged as the customer fave, cattleman’s gold, a blend of honey mustard and BBQ that strikes a perfect balance of sweet, savory, and spice.

This sauce was so good that, when warming up a handful hauled out to go, we used the spoon to spill every drop on the wings then licked the spoon clean. Yep. That good.

Joe Jr. serves up what he sees as key to a successful local business: “provide a good product at a fair price.”

Joey’s Pizzeria is at 8963 Upper Turin Road in Lee. The phone number is 315-281-8063. Hours are from 4-8 p.m. Sunday, Monday and Thursday; noon to 8 p.m. Friday and Saturday; and closed Tuesday and Wednesday. Find, like, and share Joey’s Pizzeria on Facebook for food pics, specials and events.