June will be a busy month for Frank Page. The cartoonist will celebrate the 5,000th “Bob the Squirrel” comic strip on June 8. He will roll out his “Retro Rome Coloring Book,” with three … 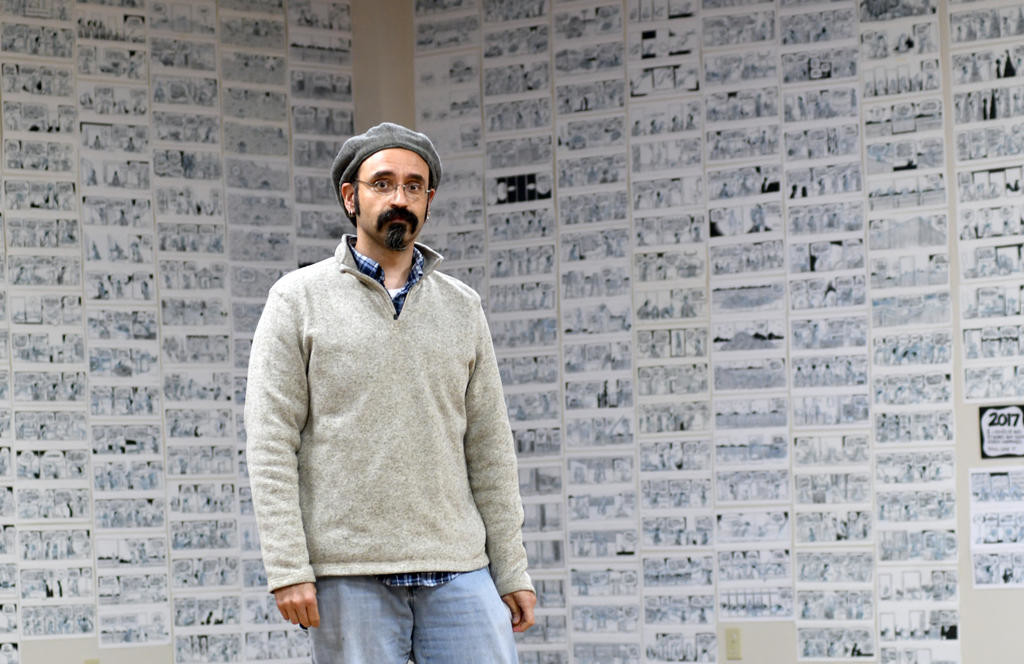 A LIFE’S WORK — Cartoonist Frank Page stands with some of the 5,000 comic strips he has created for Bob the Squirrel. It’s a busy month for Page, whose comic hits the 5,000 milestone. He’s also rolling out his “Retro Rome Coloring Book” and will take part in three meet-the-artist events June 22, 24 and 26. (Sentinel photo by John Clifford) 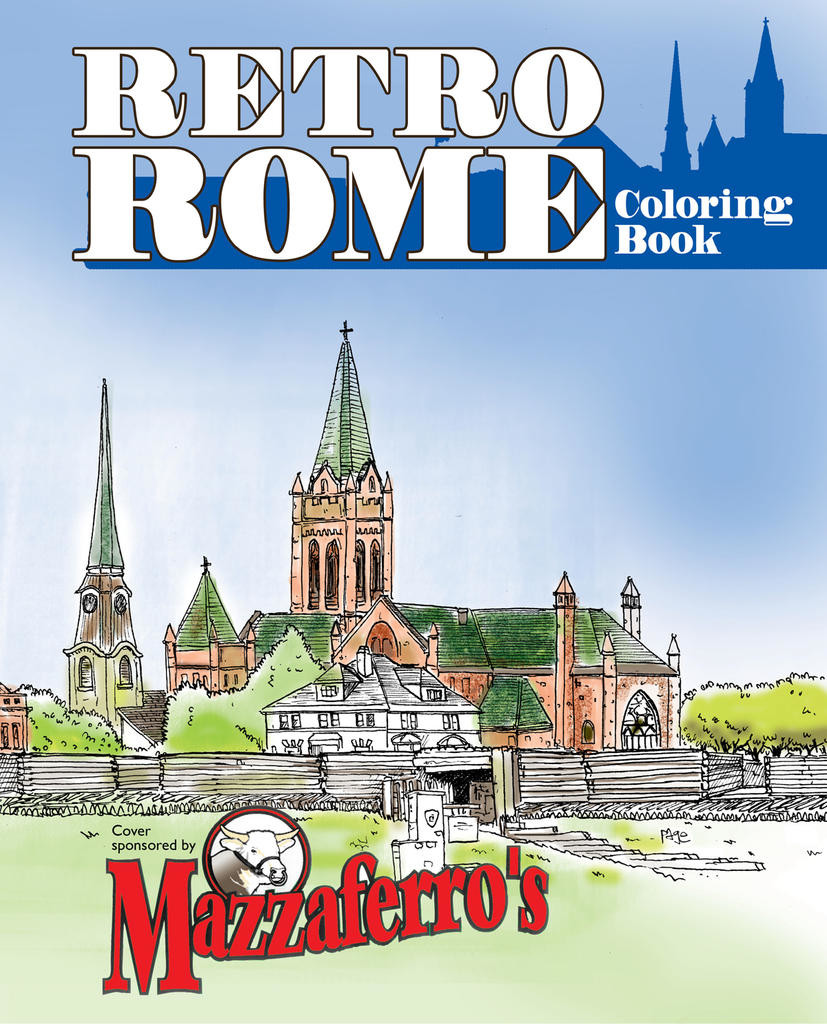 FRONT COVER — Here is the cover of the “Retro Rome Coloring Book.” 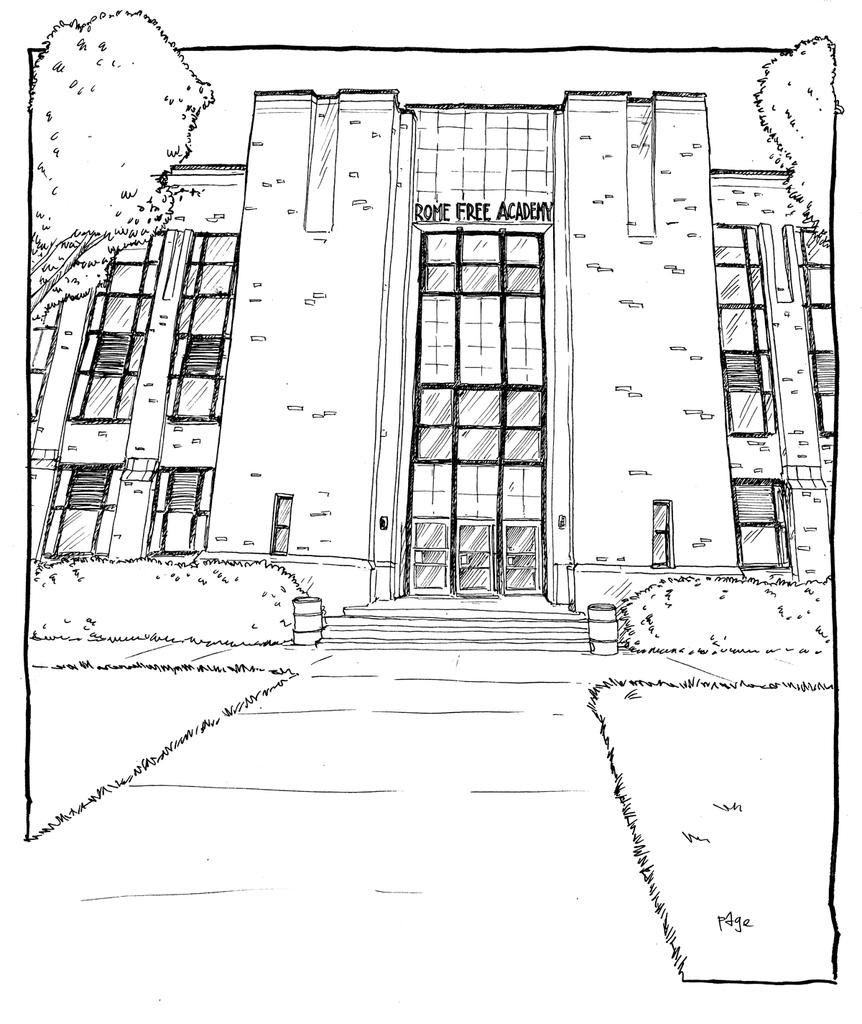 June will be a busy month for Frank Page. The cartoonist will celebrate the 5,000th “Bob the Squirrel” comic strip on June 8. He will roll out his “Retro Rome Coloring Book,” with three meet-the-artist events set for June 22, 24 and 26.

On Thursday, June 8, the 5,000th “Bob the Squirrel” comic strip will appear in print and online. Bob the Squirrel has been appearing in the Rome Daily Sentinel for 15 years. As Page noted, 5,000 of anything is a milestone, and comic strips are no exceptions. “Mostly, I just want fans to celebrate this in their own way. Fifteen years, 5,000 strips. Not too bad for the greatest comic strip no one knows about.”

A retrospective of every strip to date will open at Artistree in Rome on the day the 5,000th strip appears. Bob the Squirrel’s Greatest Hits promises to be everything that a Bob fan wants. Check out Artistree Studios and Galley, 205 W. Dominick St., 6-8:30 p.m., June 8.

Bob does not just inhabit the pages of the Sentinel. He’s in 18 books and pops up in plenty of Page’s illustrations. He was born in a moment of observation. Page was relaxing in his second floor apartment when he observed a squirrel, name unknown, skittering across a power line near the house. Impressed, Page put pencil to paper. And Bob was born.

Bob the Squirrel started out as a multi-paneled weekly cartoon in the Sentinel. Eventually Bob evolved into a six-day a week comic strip. A website featuring the panel, www.bobthesquirrel.com, was launched on April 14, 2002. And like Bob, it’s still around.

When asked how Bob has managed to become so popular — popular enough to get to 5,000 — Page said this: “I created Bob but that’s all I did. I mean, if I’d been in my living room at another time of day or the curtains were drawn when I was there I wouldn’t have seen the squirrel on the power line. A lot of factors and occurrences completely out of my control had to happen for that spark of inspiration. Sometimes, the hardest part of doing anything is actually beginning. I try not to dissect what has contributed to the character’s longevity. It’s like finding out how the magic trick is actually done. It’s not magic anymore, just a series of levers and sleight of hand maneuvers. He’s my friend. I think that my respect for the character comes through in the strip, and the readers see that.”

Page said he always wanted the strip to be as honest and real — “as real as it could be with a talking squirrel” — as possible. “Life gives me the ideas. Discipline allows the comic strip to be created. Life is real. It’s not always fun. Honesty is not always easy either. We all have bad days. I just draw mine out. The longer I’ve done the strip the more I’ve realized that it just wasn’t a strip. It’s a diary of my life. It’s a photo album. It’s a home movie. The difference is, aside from the obvious, is that those things record all of the good stuff and maybe a little of the bad. These strips get it all. I can look back a decade and a half and see what happened to me. I can see what happened to my family. It’s a bit of a mind freak, but in a good way.”

As for the production process, Page said he’s developed a strict discipline. “If I had to wait for inspiration to strike, for all factors of comic creation to be just right, I wouldn’t be talking about 5,000 strips. It’s work, but it’s work that I love.”

Completely new for Page is the coloring book. Produced by the Sentinel, the commemorative book for all ages is filled with images of Rome’s past drawn by Page.

“Drawing images of old Rome was something I always wanted to do. And, after being around decades worth of Daily Sentinel negatives (for the Retro Rome website) the desire to make the drawings a reality came up again,” Page said. It’s a big change of pace, a “total departure from a daily strip: different source material, different approach to composition and layout and even a different set of drawing tools to use.” The book was a way to challenge himself, he said. “I wanted a challenge. And if I wasn’t willing to challenge myself who would? The coloring book format provided a unique way to present the material.”