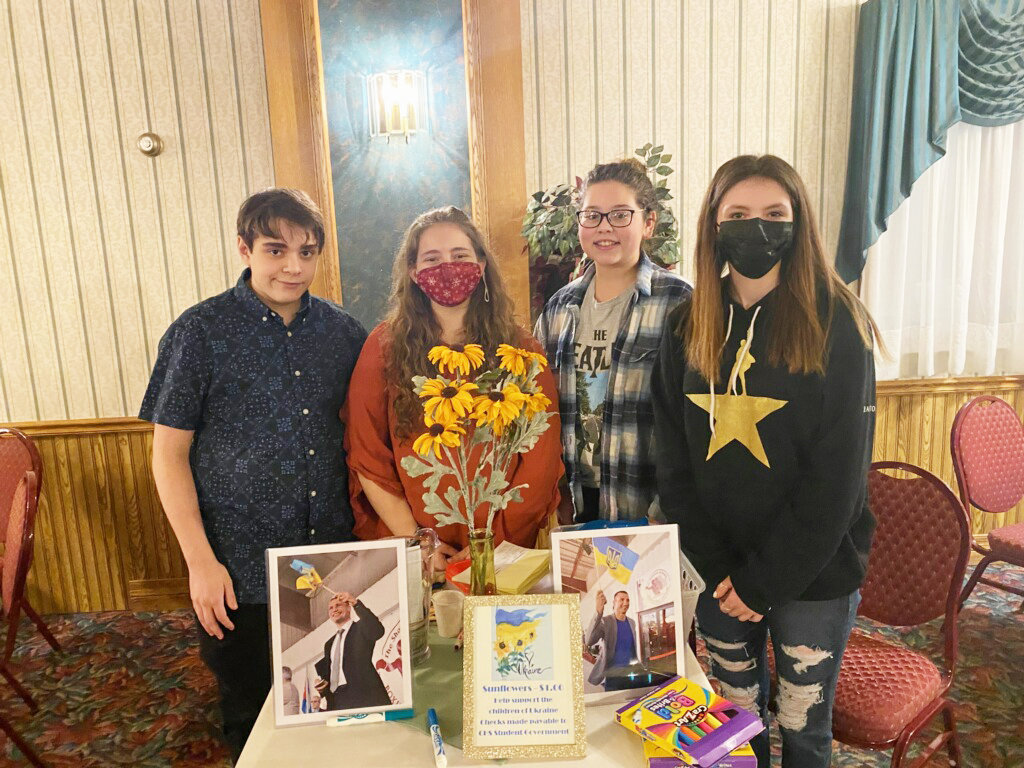 HELP FOR UKRAINE — Canastota students in the high school’s new Ambassador Badge program have launched an effort to raise funds to assist Ukrainian children and students. The effort has drawn the attention of Vitali Klitschko, the current mayor of the Ukrainian capital city of Kyiv, is a former world heavyweight champion and a 2018 inductee into the International Boxing Hall of Fame in Canastota.
(Photo courtesy Canastota Central School District) 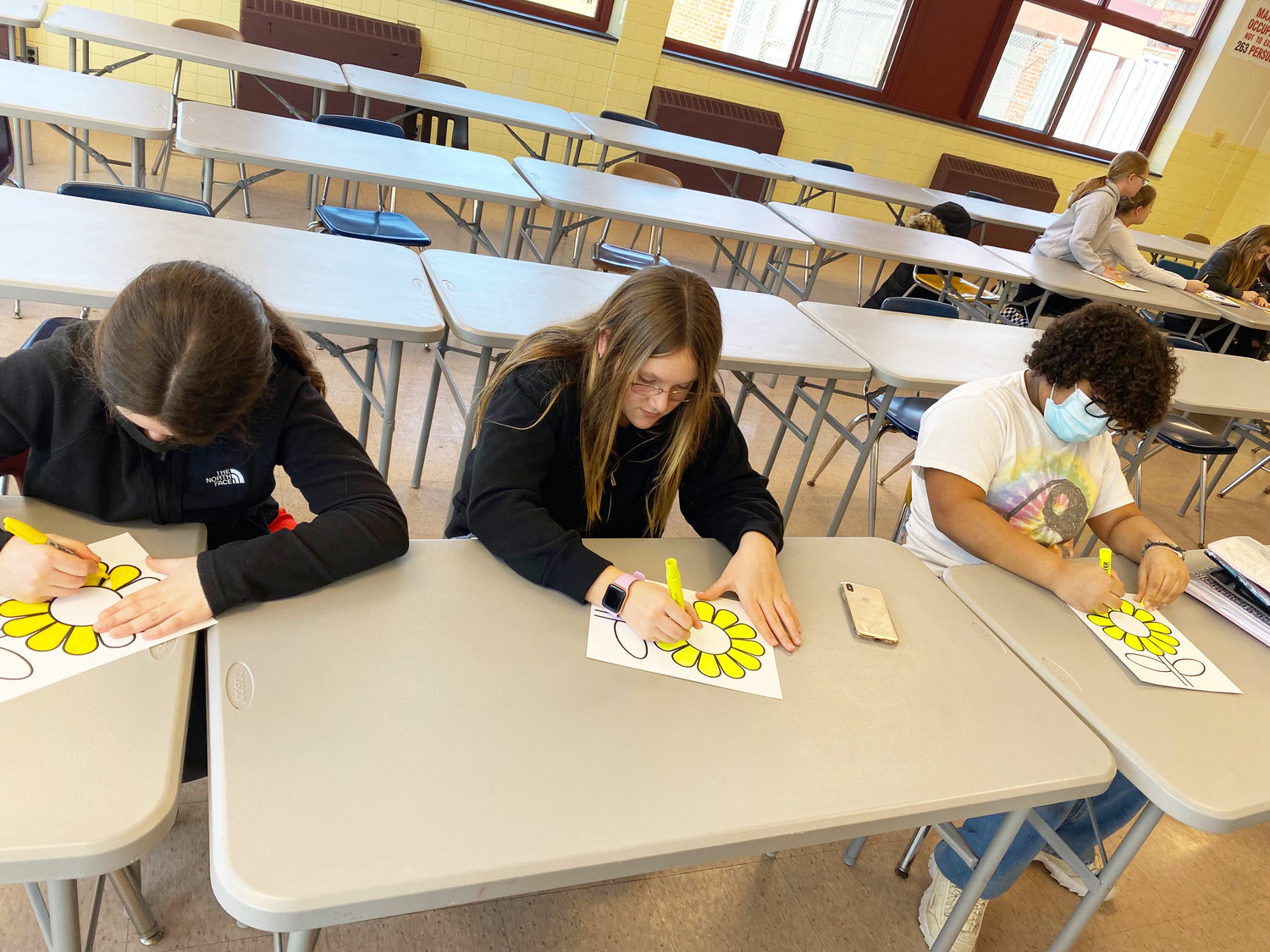 CANASTOTA — Canastota students will begin this week selling paper sunflowers during lunch periods as part of an ongoing fundraiser to support humanitarian efforts in Ukraine.

For several weeks, 30 students in the high school’s new Ambassador Badge program and members of the Roberts Street Elementary School Leadership Group have been cutting and coloring paper sunflowers to sell at $1 each for the fundraiser, which they will earmark to help Ukrainian children and students.

High school students raised about $1,000 during an April 1 event with the International Boxing Hall of Fame, the business partner on the Ambassador Badge program.

The Canastota Alumni Association has also pledged $1,000 to the cause.

The lunchtime flower sales that started this week will add to that total, officials said, and the flowers will hang in the school halls to help raise awareness of the war in Ukraine.

Staff also plan to have a districtwide donation to support the effort, district officials added.

“Right away, back in February, we all knew we wanted to do something to help. There was really no question about that,” said Coordinator of Innovative Learning Liz Garofalo, who spearheads the district’s badging programs.

The groups decided to design their fundraiser to build on an existing connection between Ukraine and Canastota.

Vitali Klitschko, the current mayor of the Ukrainian capital city of Kyiv, is a former world heavyweight champion and a 2018 inductee into the International Boxing Hall of Fame, having visited Canastota in that year for the induction ceremony.

IBHOF Executive Director Ed Brophy has remained in contact with the Kyiv mayor since 2018. Over the past few weeks, he has left several voicemails on Brophy’s phone talking about the current struggles in Ukraine and how happy he was to hear about Canastota’s efforts to support them.

Garofalo said Brophy has played the voicemails, each several minutes long, to the Ambassador students.

“The first time, the whole room was silent hearing him talk about what’s going on,” she said. “For him to respond to us in the middle of what he’s going through, that was just really powerful for the kids, to hear how what they’re doing is making a difference.”