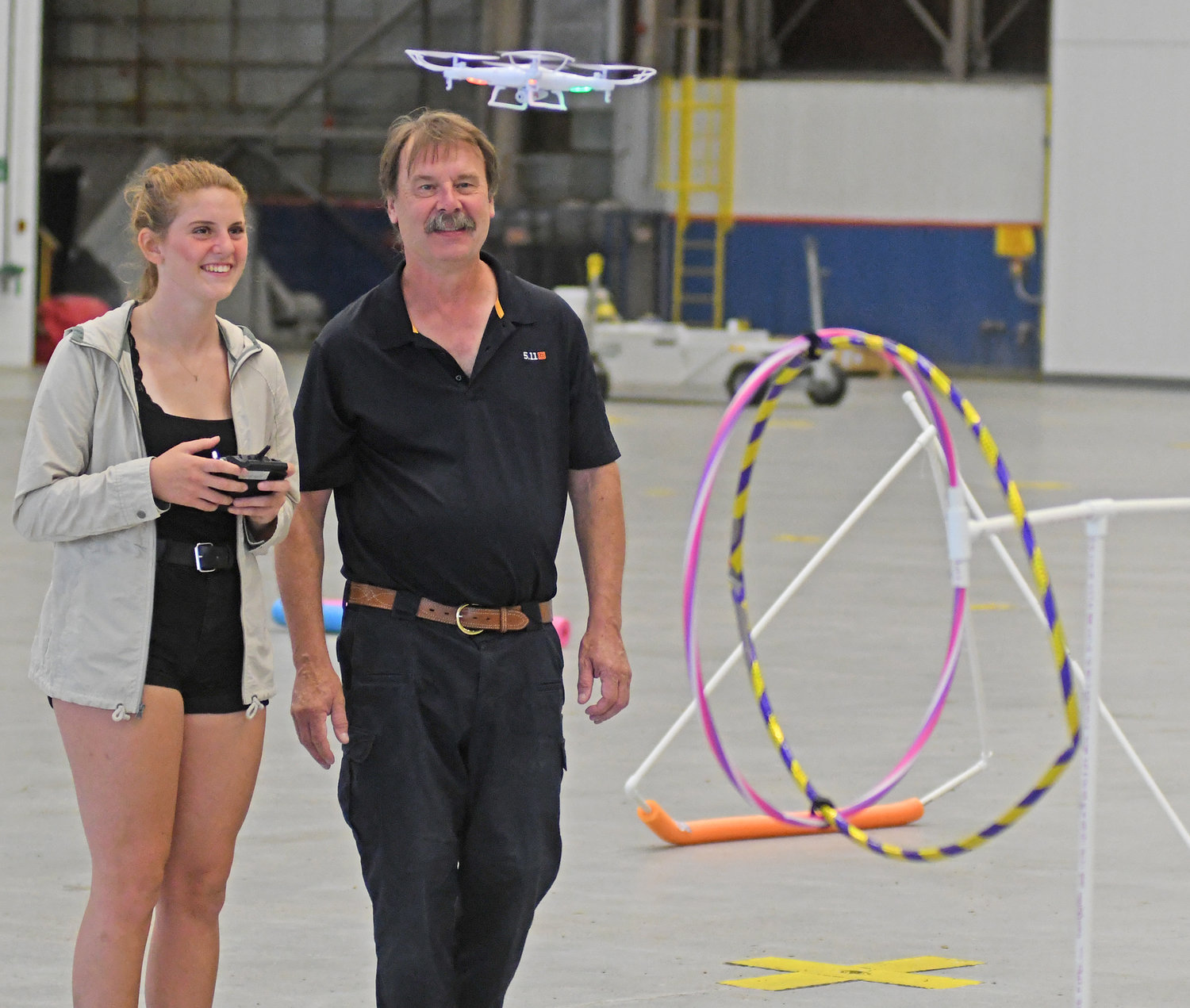 ON THE MOVE — Paige Novak, of Vernon-Verona-Sherrill High School, flies her drone through an obstacle course in Building 100 at Griffiss Business Park as instructor Bill Judycki looks on.
(Sentinel photo by John Clifford) 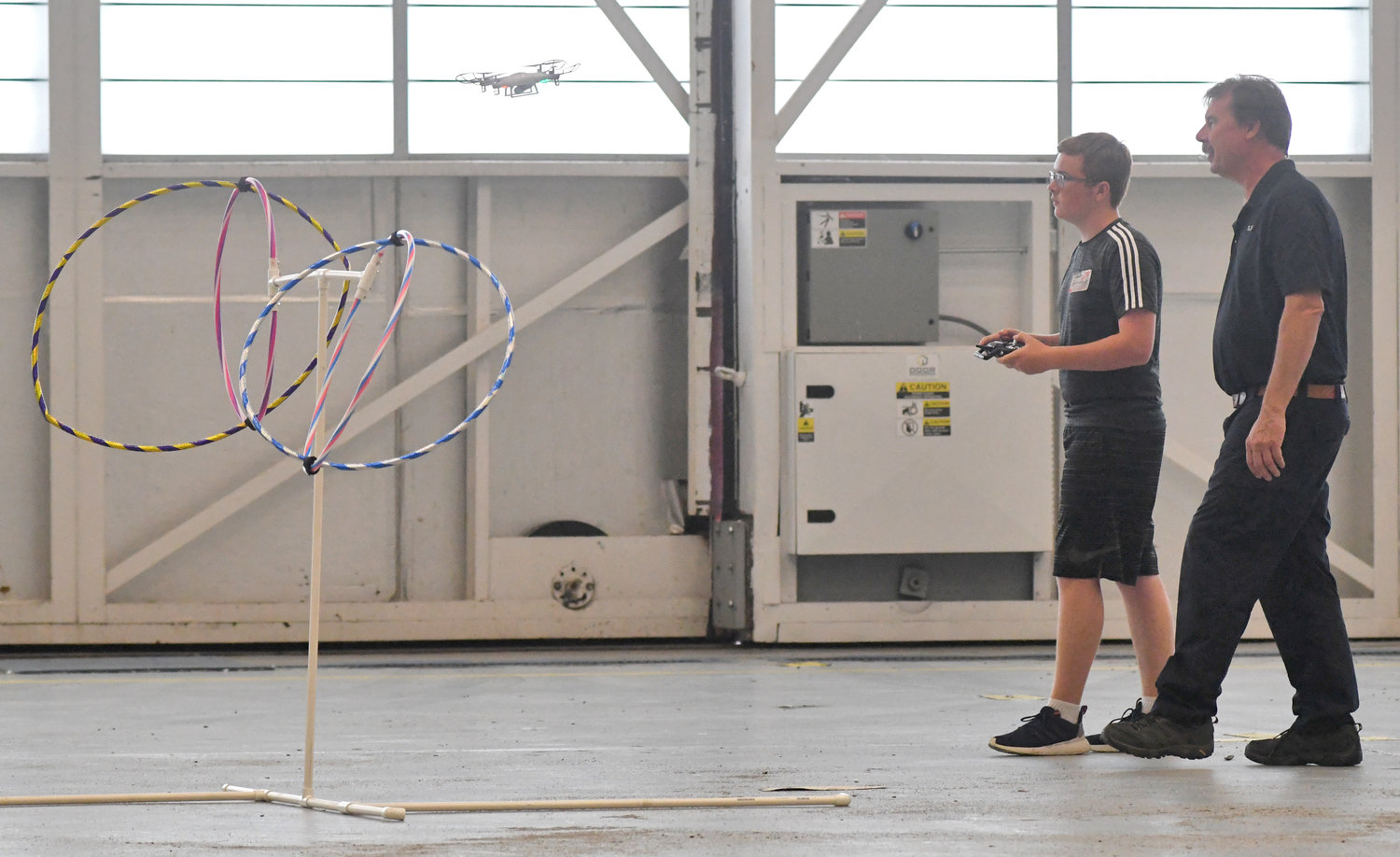 TAKING OFF — Liam Gleeson, of Cazenovia, flies a drone during drone camp in Building 100 at Griffiss Business and Technology Park on Thursday. Of the camp, Gleeson said, “Anything that flies I’m happy with.”
(Sentinel photo by John Clifford) 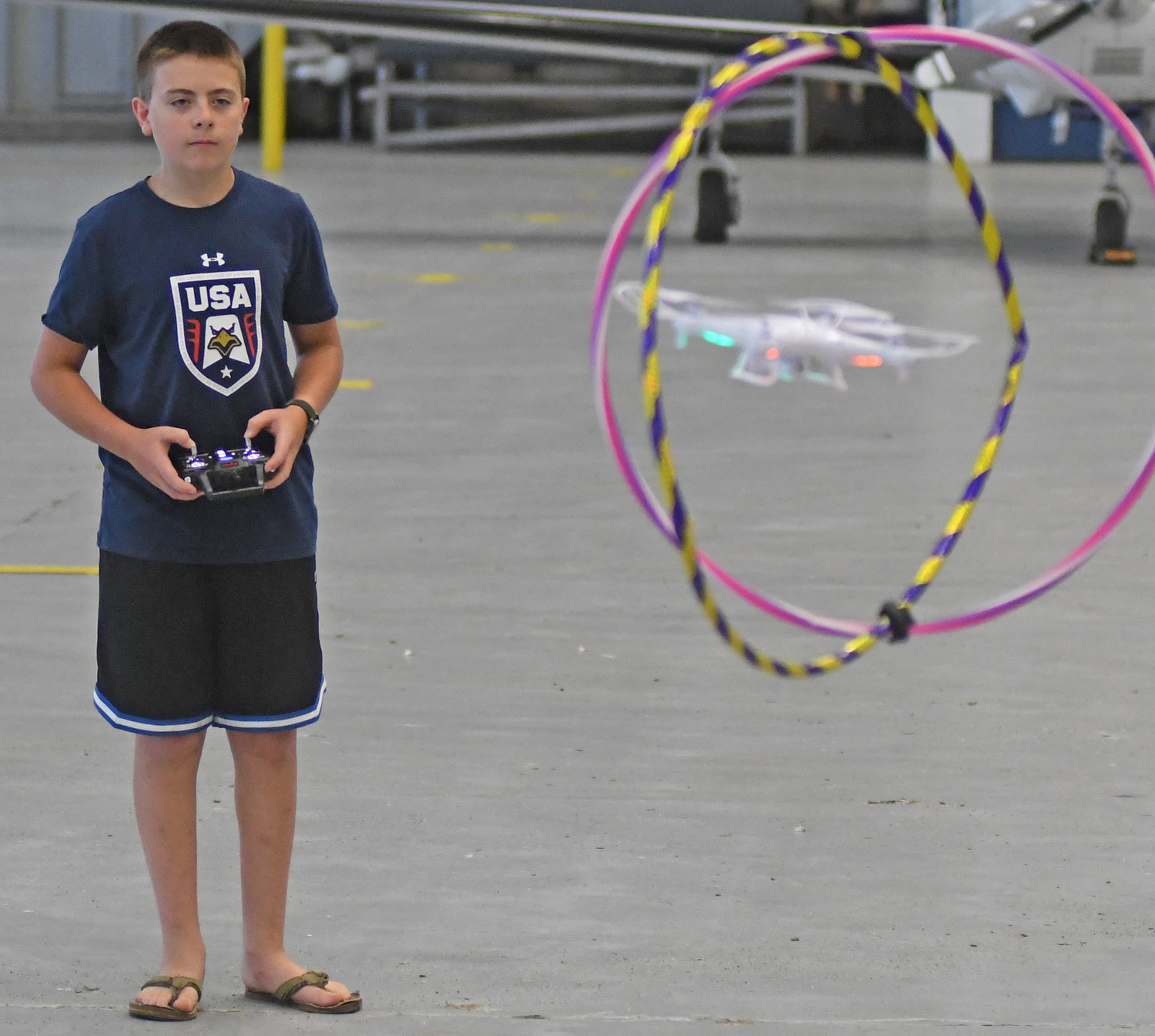 Alex Brzuszkiewicz from Oneida practices flying a drone at Building 100 before the obstacle course competition begins on Thursday.
(Sentinel photo by John Clifford) 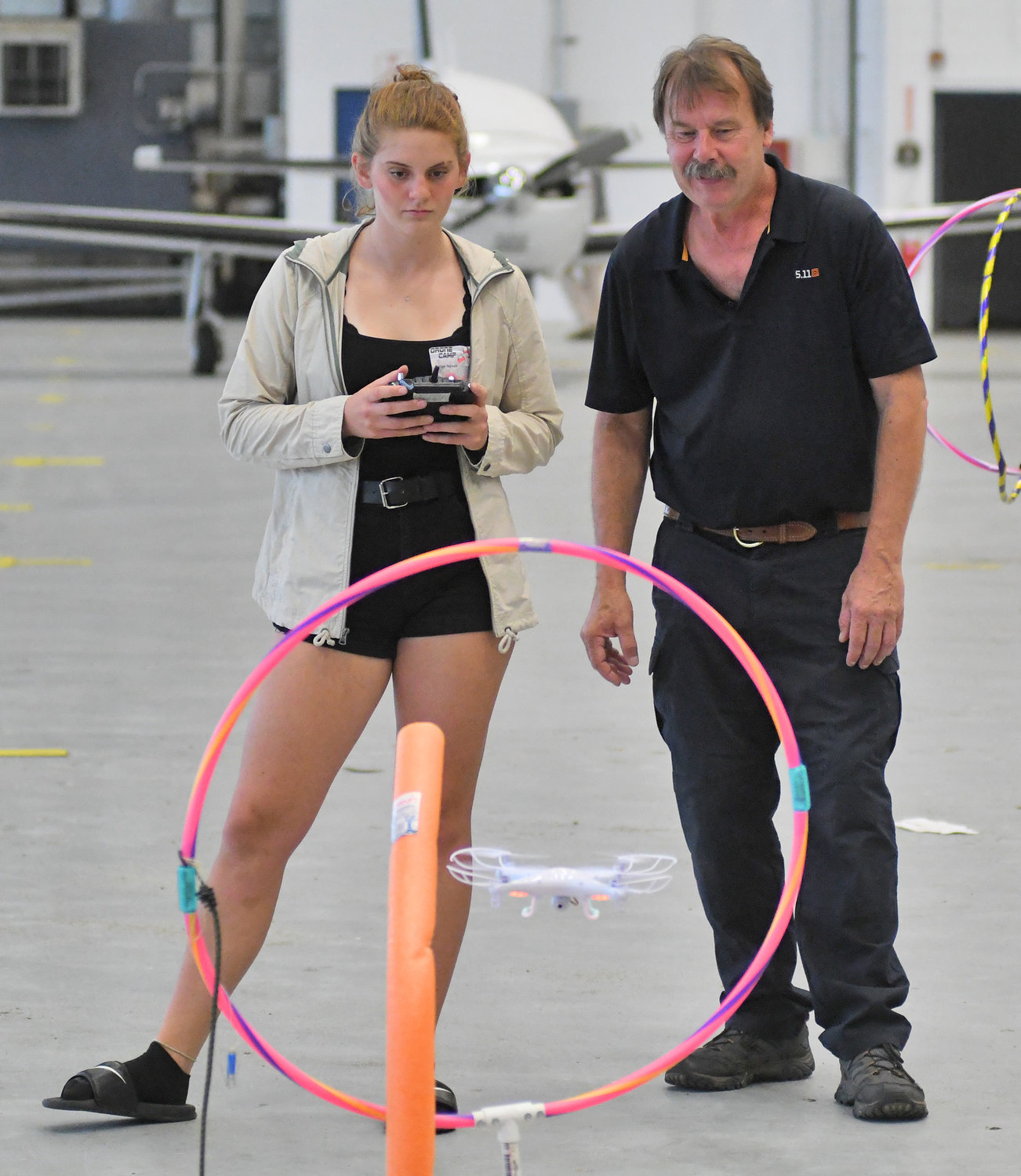 Paige Novak from VVS high school flies a drone during drone camp in Building 100 at Griffiss. Novak will be a sophomore this fall at VVS HS and wants to get his engineering degree and then join the Air Force as an officer. Instructor Bill Judycki is at right.
(Sentinel photo by John Clifford) 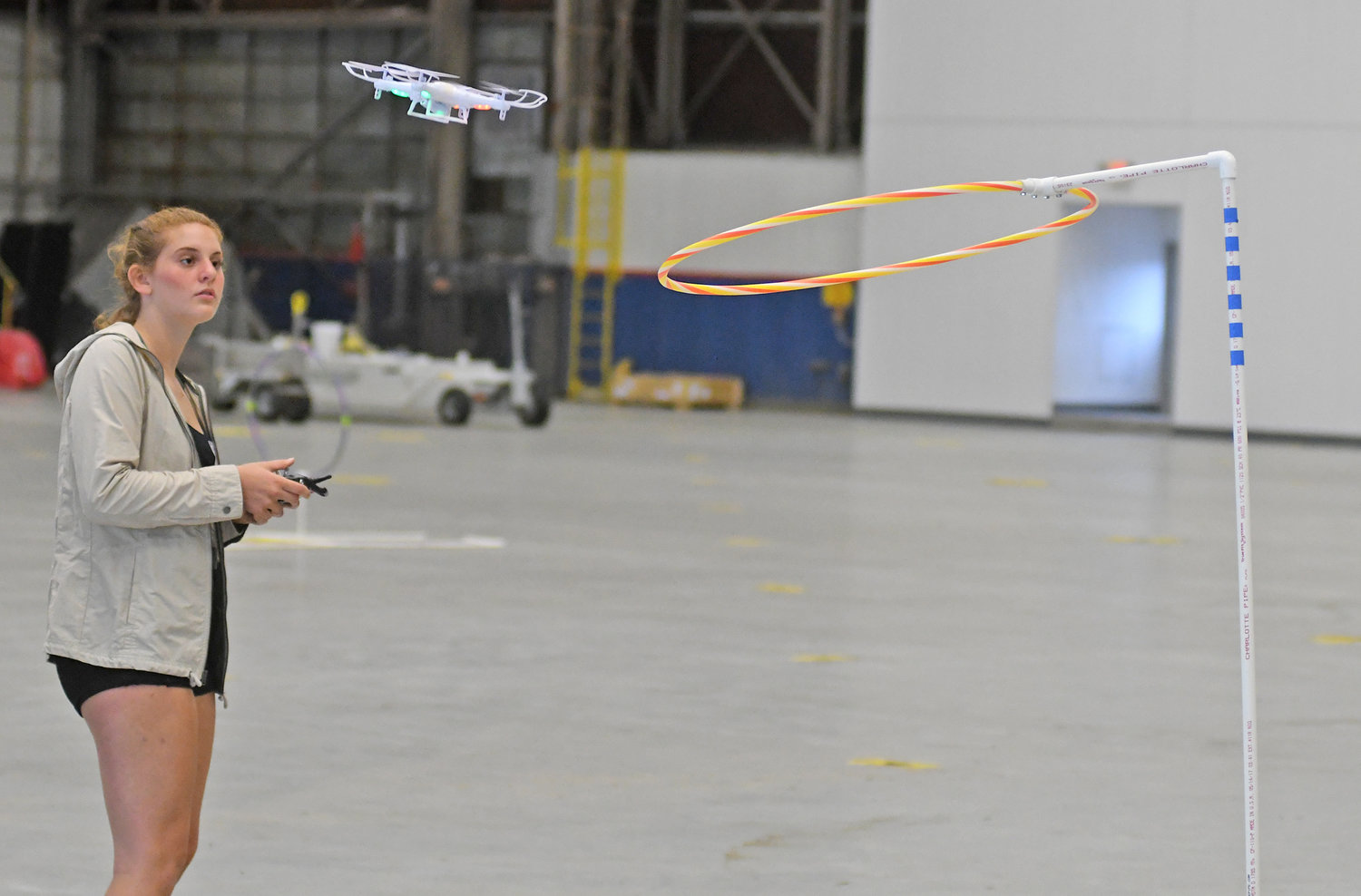 Paige Novak from VVS high school flies a drone during drone camp in Building 100 at Griffiss. Novak will be a sophomore this fall at VVS HS and wants to get his engineering degree and then join the Air Force as an officer.
(Sentinel photo by John Clifford) 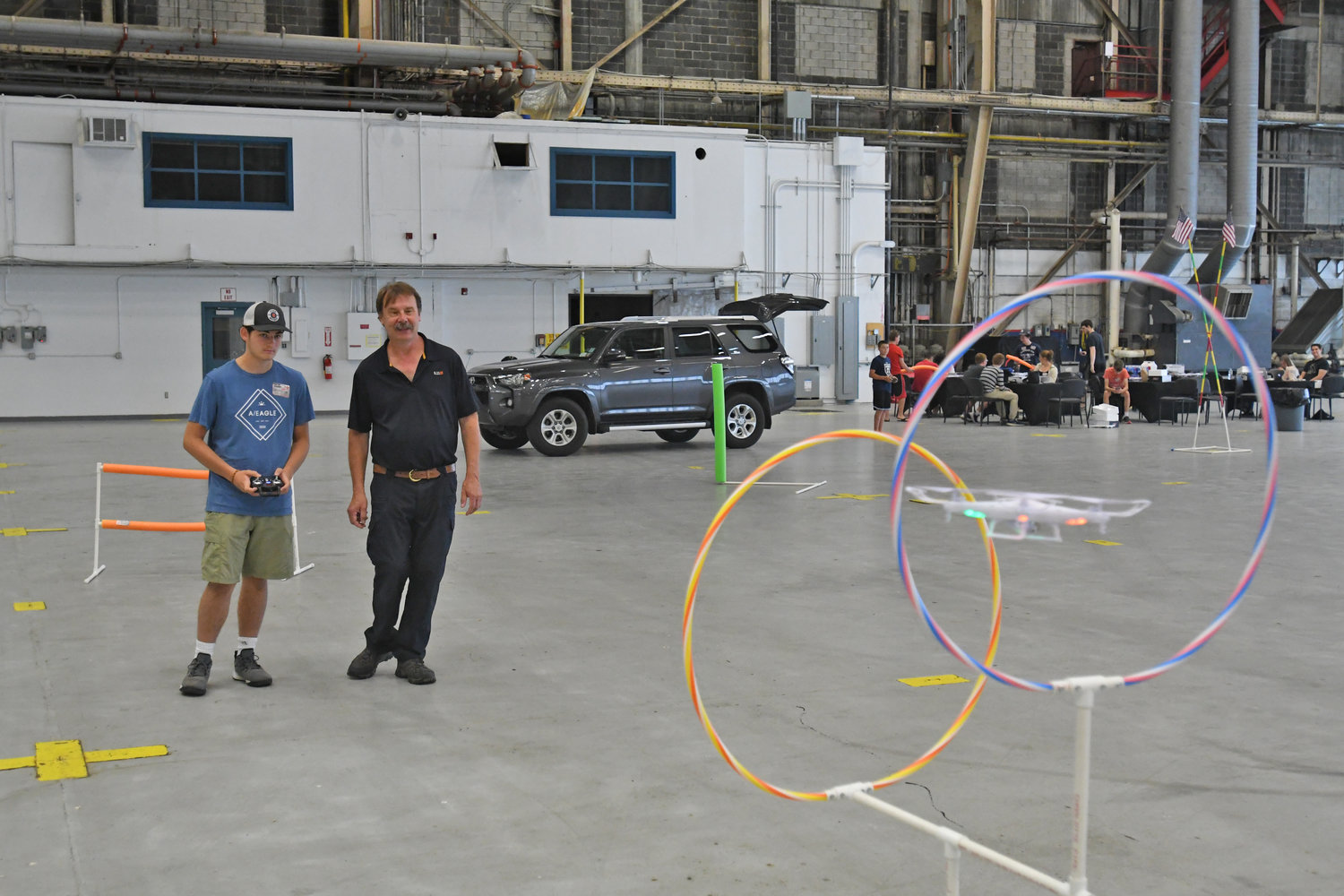 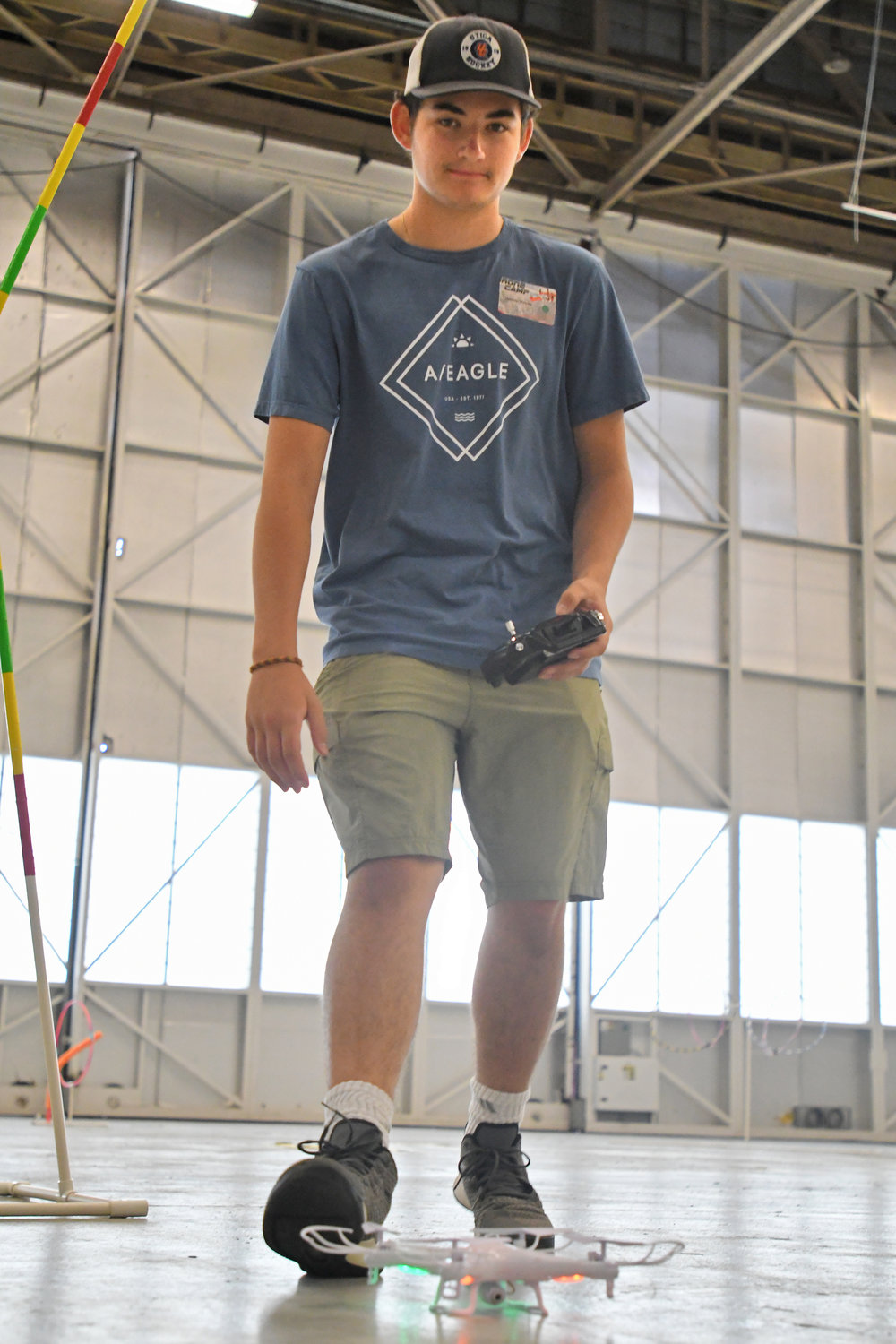 For the past six weeks, students across the region have put their STEM skills to the test during summer programs at the Griffiss Institute.

From robotics to engineering, students have been engaged in week-long camps, building both academic and real-world skills. The focus of this week has been unmanned aerial systems, better known as drones, with Professor Bill Judycki helping students reach new scientific heights.

The week-long drone program teaches students how to build their own drones and then learn how to pilot them. A flight simulator is used to prepare students before they get to handle a real drone.

Once the students learned about the drone and practiced on the simulator, they were required to build an obstacle course, working together under Judycki’s guidance.

Liam Gleeson, who attends Cazenovia High School, has always been interested in building planes himself and flying them in his backyard.

“My grandparents know how I like planes and they live in Rome near the base and heard about the program,” said Gleeson. Once he checked out the program online and gathered more information about it and the Griffiss Institute, he was hooked.

“Using the flight simulator before flying helped a lot,” Gleesson said, adding that in addition to the project itself, the program staff has also contributed to a valuable and enjoyable summer experience. “Everyone here is really nice and cool.”

Gleeson said he plans on going to college and wants to join the Air Force as an officer.

Another student at the program, Paige Novak, who attends Vernon-Verona-Sherrill Central School, said she was fortunate that her father, who works at the Griffiss Business and Technology Park heard about the program and signed her up.

The camps often fill up quickly, so Novak was excited to have gotten a spot to jumpstart her interest in aviation.

“This could be a good start to learning about flying” Noval said. Like Glesson, she also looks forward to going to college and then joining the Air Force or other branch of the military as an officer.

Following the simulator training and after getting some hands on practice with their crafts, the students were to engage in a friendly, yet hotly-contested competition on Thursday, flying their drones through their hand-made obstacle course to see who had the best flying skills and who had assembled the best drone.