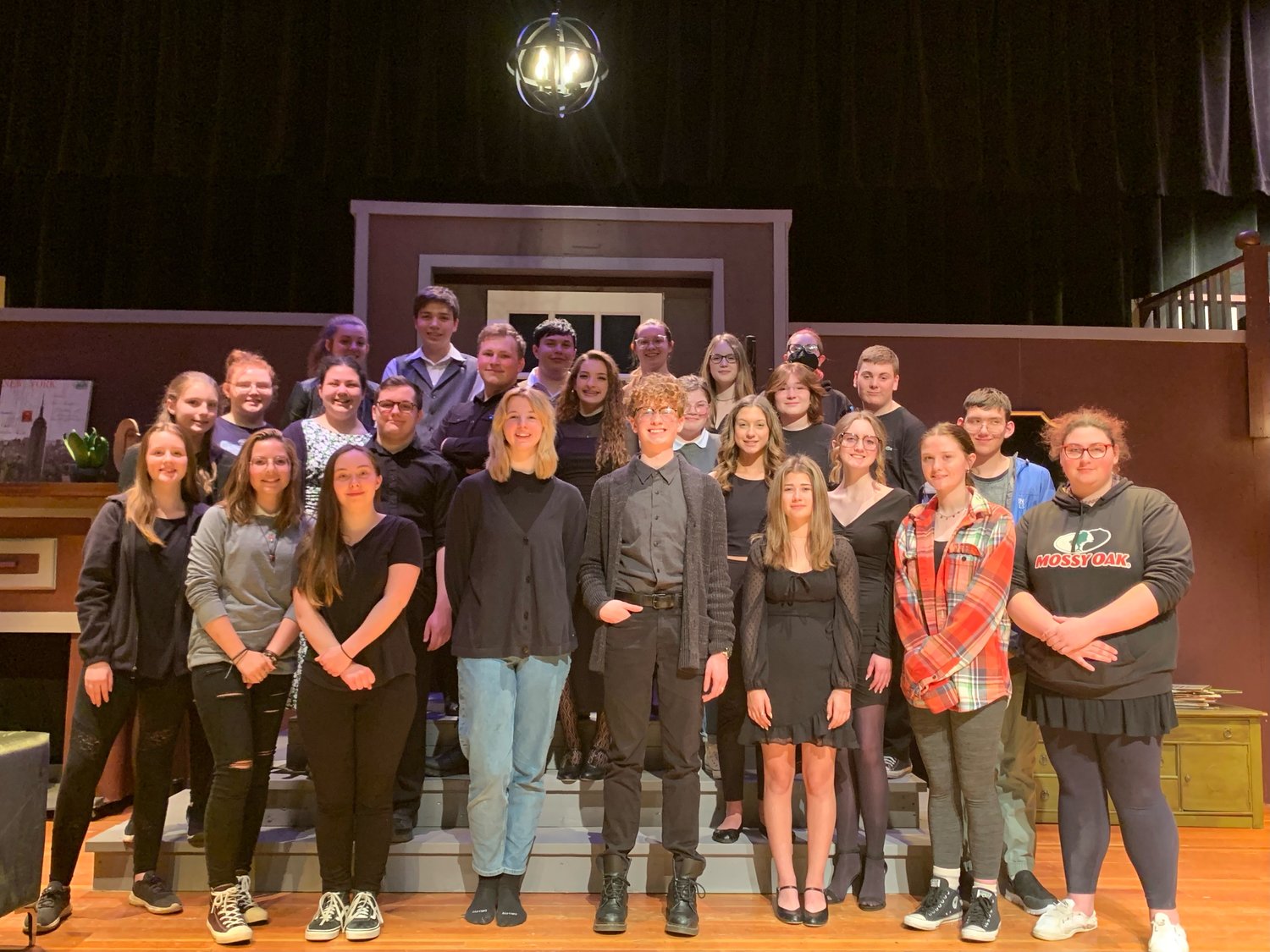 This spring, Cael Sullivan’s final curtain call at Camden High School will be performing his own, original full-length play Stars Hide Your Fires. For the past four years, Sullivan has been a staple on the CHS stage.
(Photo submitted) 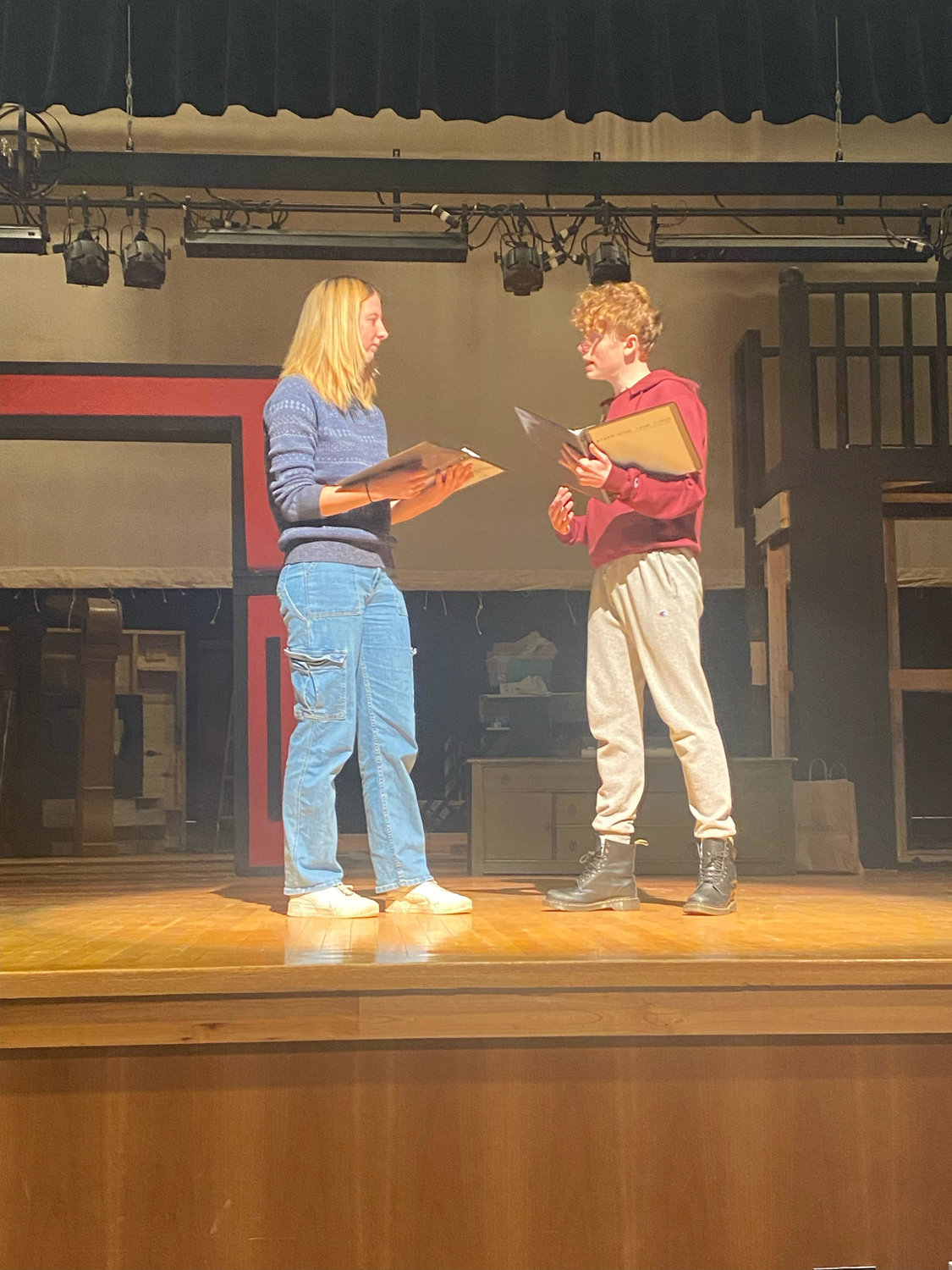 Camden students Madison Bird, left, and Cael Sullivan, rehearse their lines as Emma and Patrick Miles as part of the Camden Drama Club’s production of Stars Hide Your Fires. Sullivan wrote, stars in and directs the production. The play will be presented at 7 p.m. on both Friday and Saturday, May 6-7, at the Camden High School, 55 Oswego St. 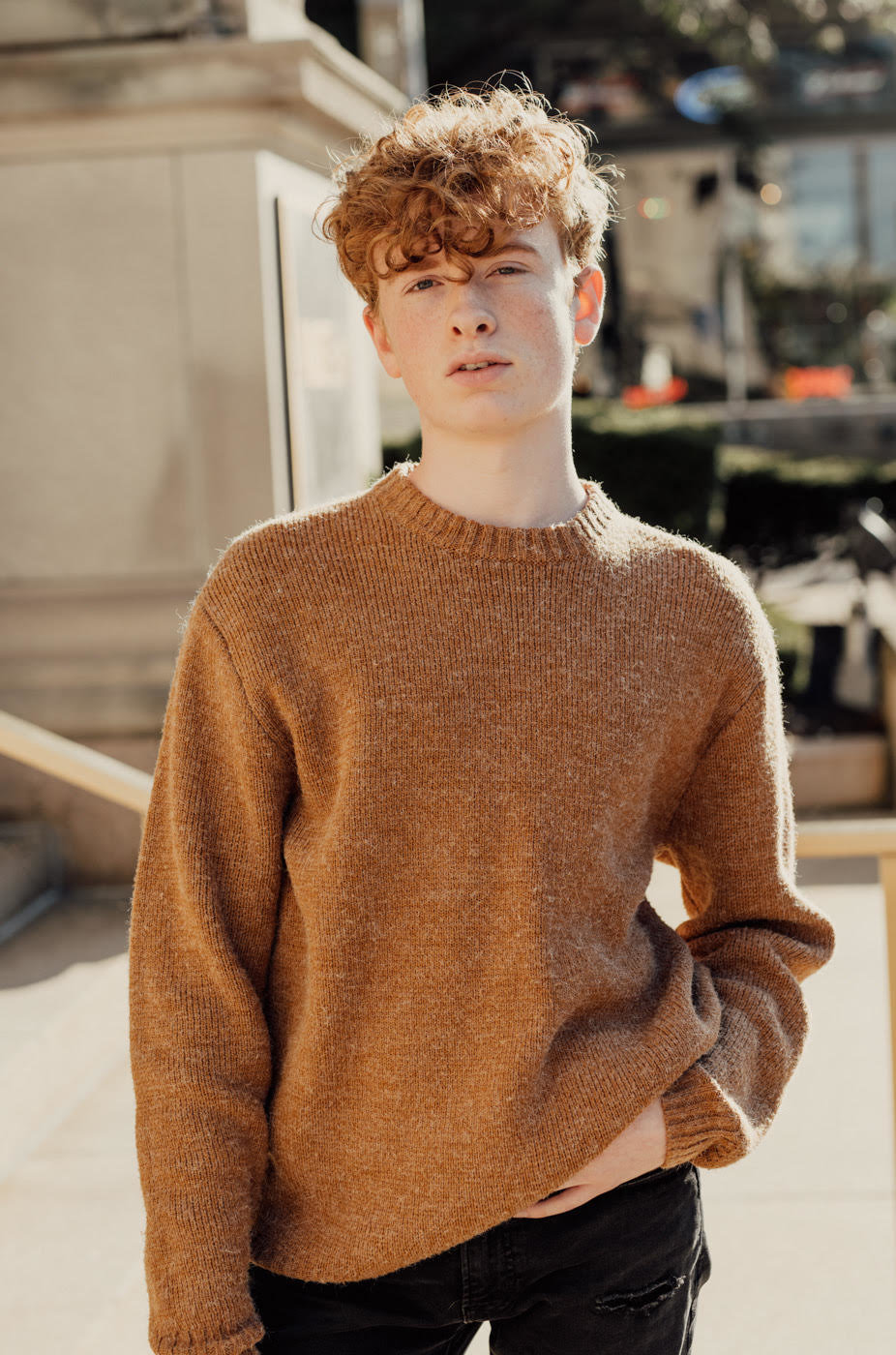 Cael Sullivan
Previous Next
Posted Tuesday, May 3, 2022 8:30 am
Special to the Daily Sentinel, by: Madison Hildenbrandt, Anthony Mosher, Nevaeh Myers and Piper Snyder

CAMDEN — This spring, Cael Sullivan’s final curtain call at Camden High School will be performing his own, original full-length play Stars Hide Your Fires. For the past four years, Sullivan has been a staple on the CHS stage.

His acting career spans 29 productions and 8 years. At 7 p.m. on both Friday and Saturday, May 6-7, Sullivan’s play, Stars Hide Your Fires, will be the final play of the season and his Camden career. Admission is free.

The play is the story of Patrick (played by Cael Sullivan) and Emma Miles (played by Madison Bird). The newly-wed couple face many peculiar challenges as Patrick loses himself in the writing process.

“This dark tale will keep you riveted and on the edge of your seat until the lights come up,” according to the Camden Drama Club.

Before this weekend’s production, Sullivan had most recently performed as Scrooge in A Christmas Carol and Billy Flynn in Chicago. “I have always been interested in portraying what life can truly be, especially within the society of today’s world. I have always been drawn to stories with insanity or mental instability,” Sullivan said.

Stars Hide Your Fires first came to light in 2019 in a shorter format. He wrote the 10-minute play for a festival, never imagining it would be performed on Camden’s stage. Because of the positive feedback he received from the audience at the festival, he added scenes as they came to him.

Although the play was nearly complete, he “didn’t have hope of putting it on stage” because of the pandemic and wasn’t sure if he would ever get another chance to perform live.

However, once the Camden Drama department was approved to perform for the community, Sullivan’s drive to write kicked into high gear. He presented this play as a candidate for the spring production and won over all of the Drama Club members’s hearts, officials said.

When asked his advice for aspiring actors/authors, Sullivan said, “life imitates art” and “take every opportunity. You will learn from the mistakes made, and grow into a better actor/author.”