MEALS FOR CAMDEN STUDENTS — Meals including 14 days of breakfasts and lunches for Camden school district students were distributed Monday at the Taberg fire department, as part of a district program amid the COVID-19 situation. Taberg is one of six locations in the district for the student meal distributions, said Assistant Superintendent for Business Karl Keil, noting the weekly program typically includes enough for seven days but 14-day amounts were provided Monday in conjunction with the holiday break; he said 911 students were served Monday overall. He expressed pride in the “joint effort” work of district cafeteria staff in preparing meals, district custodians in helping load buses, and transportation staff in getting to the locations. The program has been in effect throughout the current school year, he said, including for the hybrid schedule of remote and in-person instruction and for the current all-remote format in effect until Jan. 19.
(Sentinel photo by John Clifford) 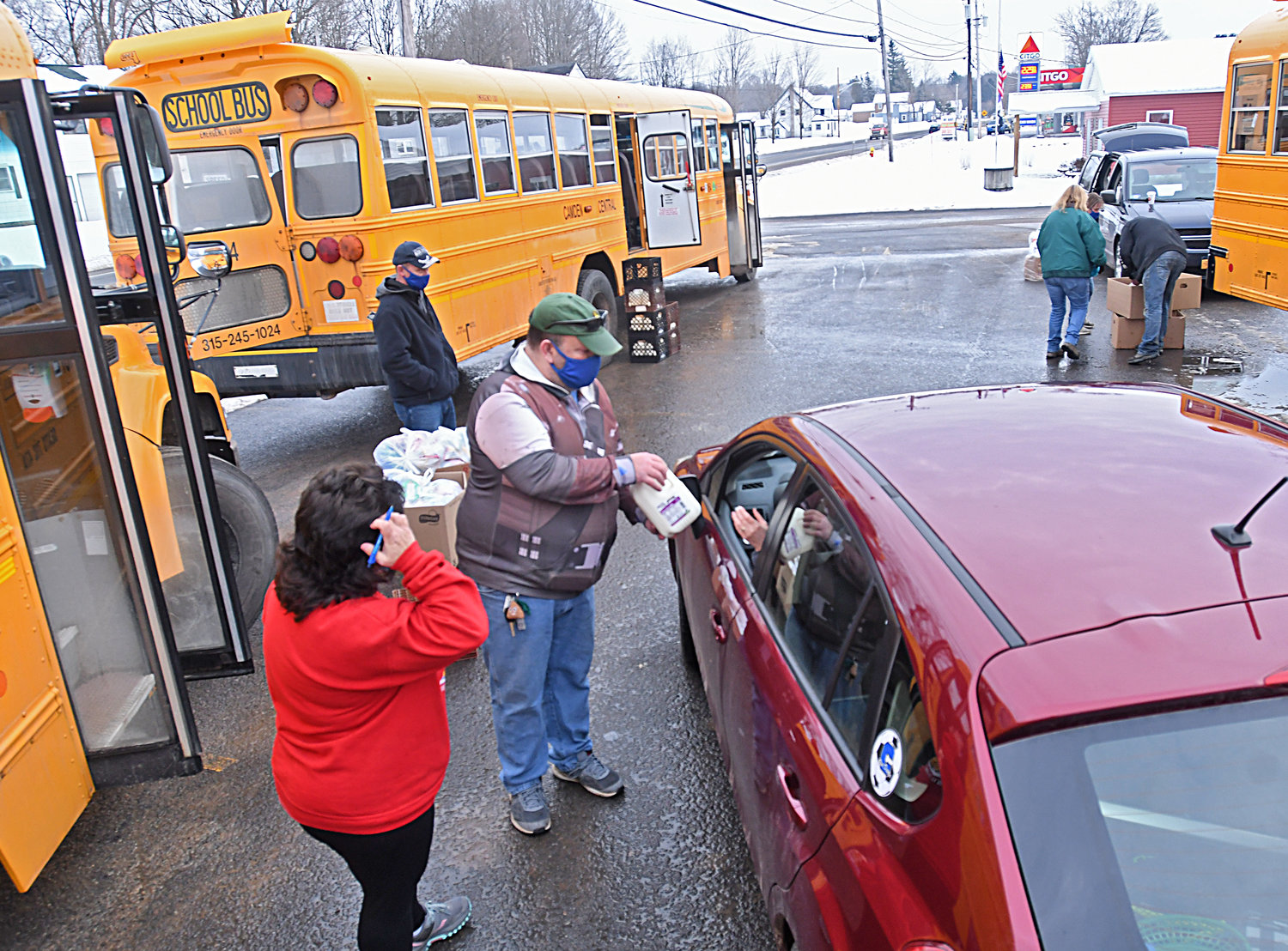