CAMDEN — A long-time Camden resident has received an outpouring of support from the community and all those he’s touched after being recently diagnosed with advanced mesothelioma. Kevin Hall is … 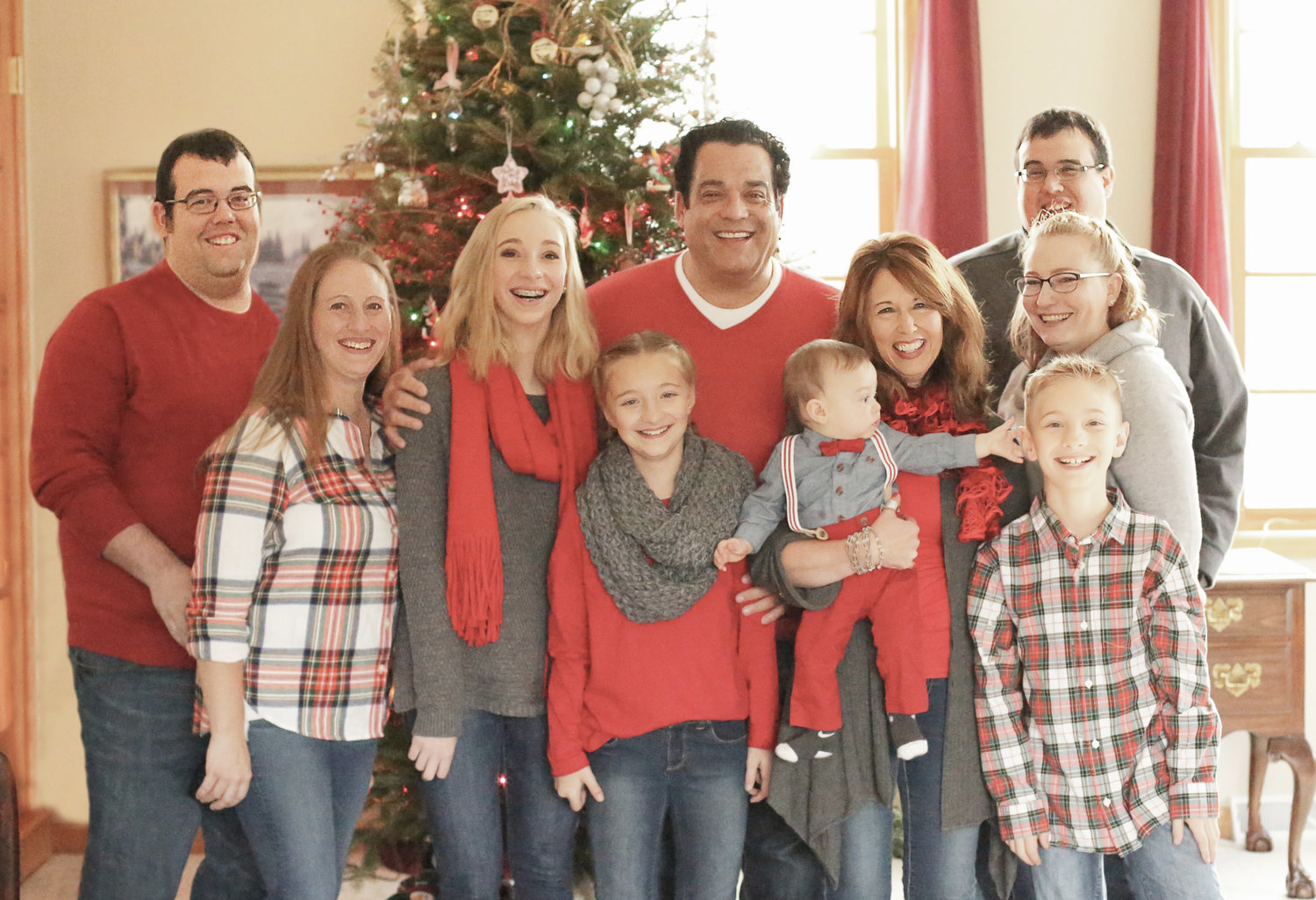 HAPPY FAMILY — Kevin Hall, center, pictured with his family during Christmas including his two sons, their wives, and his four grandchildren.
(Submitted photo) 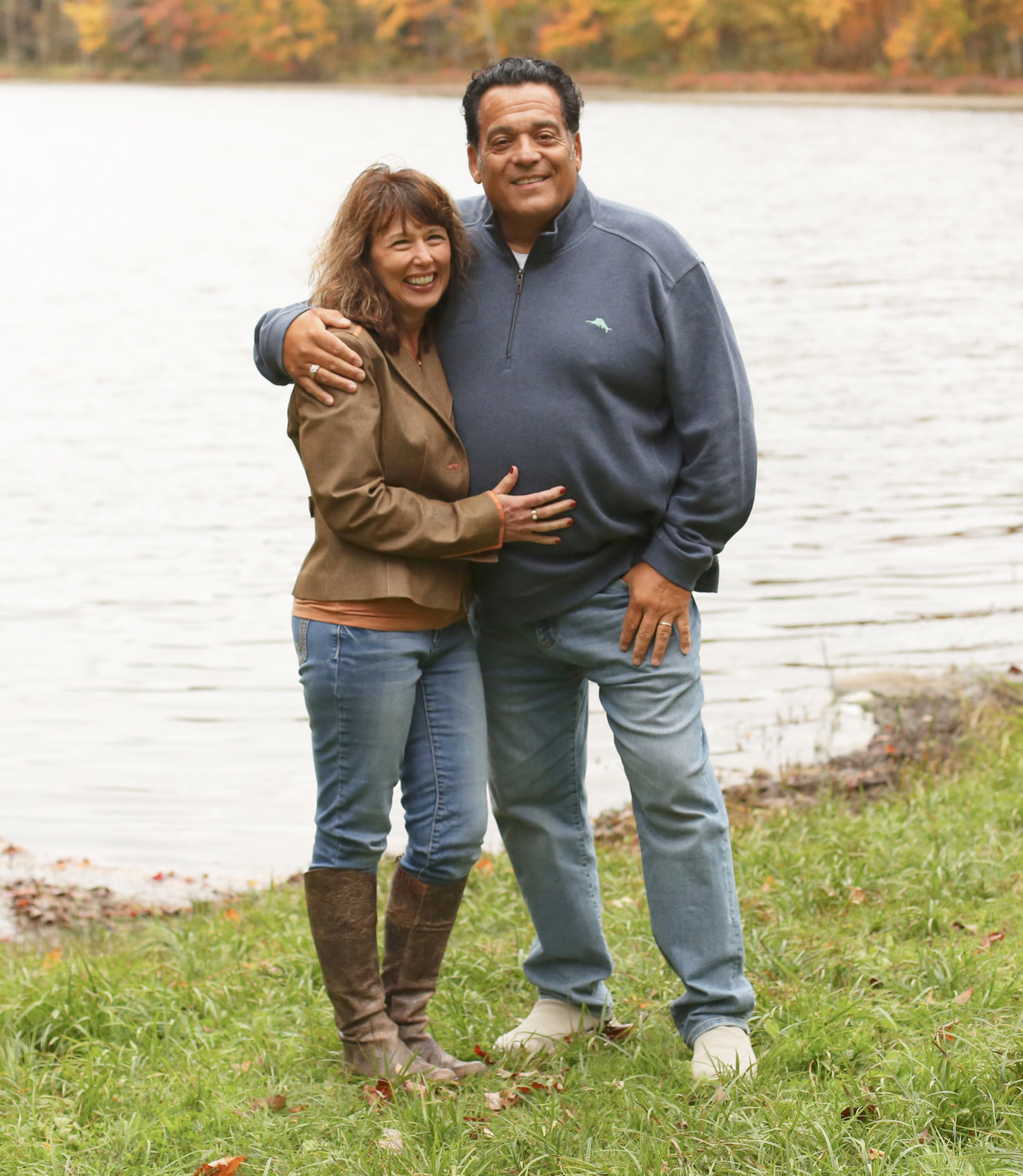 CAMDEN — A long-time Camden resident has received an outpouring of support from the community and all those he’s touched after being recently diagnosed with advanced mesothelioma.

Kevin Hall is retired after working in sales management for 40 years. His job took him all over the place, and he got to meet a lot of people.

“I started working for a place here in Camden before working many years at Canterbury Press before they closed,” Hall said. “Then I ended my career in the RV business.”

Hall said he and his wife have a love for music and dance, following around local bands.

“We’ve lived in this area for years, so we’ve gotten to know everybody,” Hall said.

Kevin and Arlene are the parents of two sons who have given them four grandchildren, with another on the way in August.

But the diagnosis of advanced mesothelioma has truly shaken the Hall family and the community around them.

“It was found by accident,” Hall said. “I had no symptoms. I just had a scan at the end of July for my arthritis in my hip and legs.”

The Halls were getting ready to go on a family vacation when the doctor called Kevin with concerns. The scan had caught the bottom part of Kevin’s lung and revealed a dark spot.

“My doctor knew what it was immediately,” he said. “They found something, and by the first part of August, I was seeing a pulmonologist at Oneida Health.”

A biopsy was conducted, and the diagnosis was made in early October of mesothelioma. “At the time, the doctors hoped they had caught it early,” Hall said. “But two days later, I had a PET scan, and that confirmed it was advanced. By the time it gets to the later stages, mesothelioma begins to metastasize to other parts of the body.

“There was a thought by the doctors that they could try removing the lung,” Hall said. Hall explained that the doctors could have removed the lung and affected tissue had it been caught sooner. But because of how far spread it was, surgery was not an option. They couldn’t do chemo either; chemo would do more harm than good since the cancer was in such a specific area.

But that doesn’t mean he’s not fighting it.

The Food and Drug Administration approved immunotherapy in Oct. 2020 after clinical trials for people with advanced lung cancer. And now, immunotherapy is being offered to those with mesothelioma.

“I don’t know of anyone else in Central New York who’s undergoing immunotherapy [for advanced mesothelioma],” Hall said. “There’s about 246,000 cases of lung cancers in the United States. Mesothelioma is about 2,800 cases a year in the country. It’s very rare.”

There’s been good luck with the immunotherapy treatments for cancer patients, with the procedure teaching the patient’s own immune system how to recognize and attack cancer cells. “There are advanced lung cancer patients who have had months to a couple of years that are living four to five years and still going strong,” Hall said. “That’s what we’re hoping for.”

Hall goes to the Roswell Cancer Center in Oneida every 21 days for the rest of his life. Though, unlike chemotherapy and radiation, Hall isn’t heavily impacted by the treatments, besides getting a little more easily winded than usual.

The problem is that the treatments are expensive. “I can tell you when I have a double treatment every 21 days, it’s just shy of six figures,” Hall said, adding that insurance covers some of it.

To that end, a benefit will take place on Saturday, March 26, from 3 to 7 p.m. at the Grape-N-Grog, located at 85 Taberg St., Camden. There will be live music from Rick Kimball and Lisa Murphy, Still Kickin’, and Outer Banks Crew featuring Mike O’Hara, Bill Hicks, and Steve Stoltz.

Raffles will be held for several items and baskets. Large ticket items include the following:

-A load of logs measuring 24 cords from Chrzanowski Logging, with delivery donated from Lakewood Trucking

Melissa Schmitt, Hall’s niece, said the family was devastated when the diagnosis first came in. “It was a shock to everybody,” she said. Hall didn’t show any symptoms or anything else that could indicate that something was wrong.

Hall was hesitant to let his family and friends go forward with a benefit. “I’ve been involved with benefits for others, and it’s different when it’s for yourself,” he said. “It’s been difficult to accept this kind of help from the community. I don’t know if it’s a pride thing, coming from a modest background. Everything we have, we worked for and never asked anyone for anything. But I feel gratitude for the community. And all I can think of is how I can pay this forward.”

Schmitt said the Camden community has been so nice and caring during this difficult time; something Hall said he’s still trying to wrap his head around.

“I’ve been getting cards from classmates that I haven’t seen in 45 years,” he said. “They’ve sent money with notes, telling us to use it for gas and groceries.”

Hall said this chapter of his life has made him pause and reflect on his life, asking if he’s done enough for other people. “It makes me look at things differently.”

Schmitt said she feels her uncle has done a lot in his life if the massive outpouring of support is anything to go by.

“[Kevin] has touched other people’s lives,” he said. “He and Arlene are kind and loving to everything. And this is their way to repay.”

Jodi O’Hara, Hall’s daughter-in-law’s sister and member of the benefit committee, said this kind of outpouring of support, especially from the Camden community, is special but not unexpected.

“Camden is a small community,” O’Hara said. “Everybody knows everyone, and the community comes together during times of need.”

Hall added that he’d met a lot of people as part of his job, getting to know them and building relationships — and he’s heard from them too.

“This is certainly not something I would have anticipated or wished on myself,” Hall said. “But even though the future is uncertain, in a weird way? [This diagnosis] has really opened my eyes to realize how blessed I’ve been.” More than anything at the moment, Hall is more concerned with making sure people know he’s thankful for their help.

Several area businesses have donated to the family, including a large donation from International Wire. In addition, countless community and family members have provided raffle baskets or donations.

Those looking to donate to the Hall family or donate items for the upcoming benefit can email Schmitt at mleah78@twcny.rr.com or call O’Hara at 315-225-8184