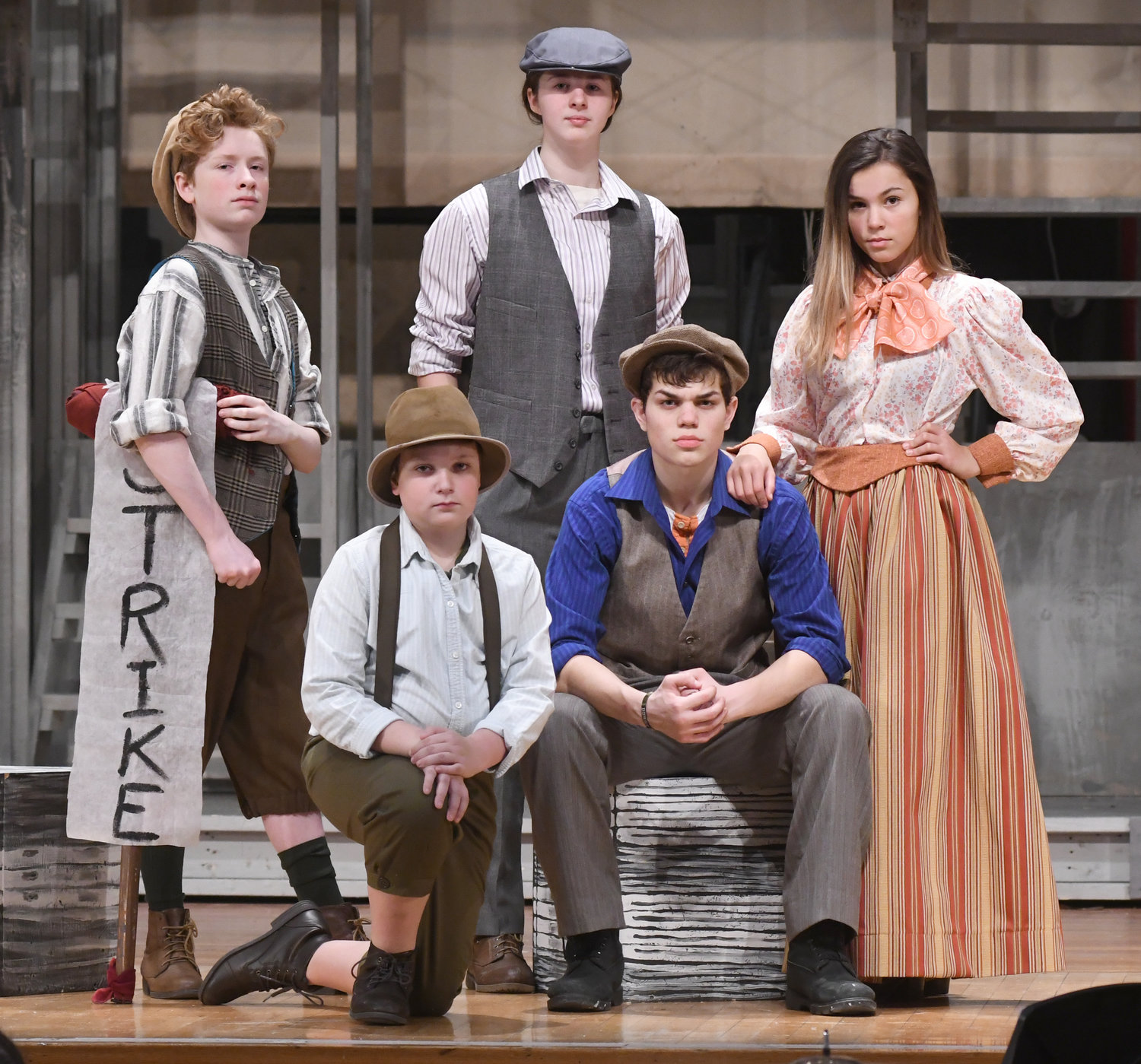 ON STRIKE — The cast of ‘Newsies’ at Camden Central School protest Joseph Pulitzer’s rules that make doing business as a newsboy hard. The school will present its musical on March 1 and 2.
(Sentinel photo by John Clifford)
Previous Next
Posted Thursday, February 21, 2019 10:13 am

Tickets are $8 for adults, and children age 3 and younger are free. Tickets can be reserved by calling 315-794-0316 or emailing musicaltix@camdencsd.org.

For other information regarding the show you can contact Kimberly A. Dean at Kdean@camdencsd.org.

Newsies is a musical about a homeless New York City newsboy Jack “Cowboy” Kelly who befriends two newcomers to his trade, brothers David and Les Jacobs. When publisher Joseph Pulitzer sets new rules that make it harder for the young newspaper salesmen to make a buck, the boys go on strike. Bryan Denton, a journalist who’s sympathetic to their plight, gives them some tips in public relations, as the newsboys’ battle grips the city.

The show is being produced by Kimberly Bird, with Heather Serway as musical director. Dee Dee Knapp Brody has lended her choreography expertise with Dylan Isom assisting with choreography.

Michaele Morehouse will direct the pit of talented high school and community musicians. The costumes are being made by Sue Teelin and Diane Lundrigan, along with high school students aiding in the sewing endeavors. Steve Keller is working to design a very unique set, Dean said. And Amy Andrews is making sure the set is colorful.

Dean is in charge of fund-raising and selling the tickets to the show.

“This is just to name a few of the hard working dedicated students, faculty and community members working behind the scenes,” she said.