Camden broke a 1-1 halftime tie with the lone second half goal in a 2-1 non-league field hockey win on the road against Whitesboro Wednesday. Gabby Croniser scored both goals for the Blue Devils, … 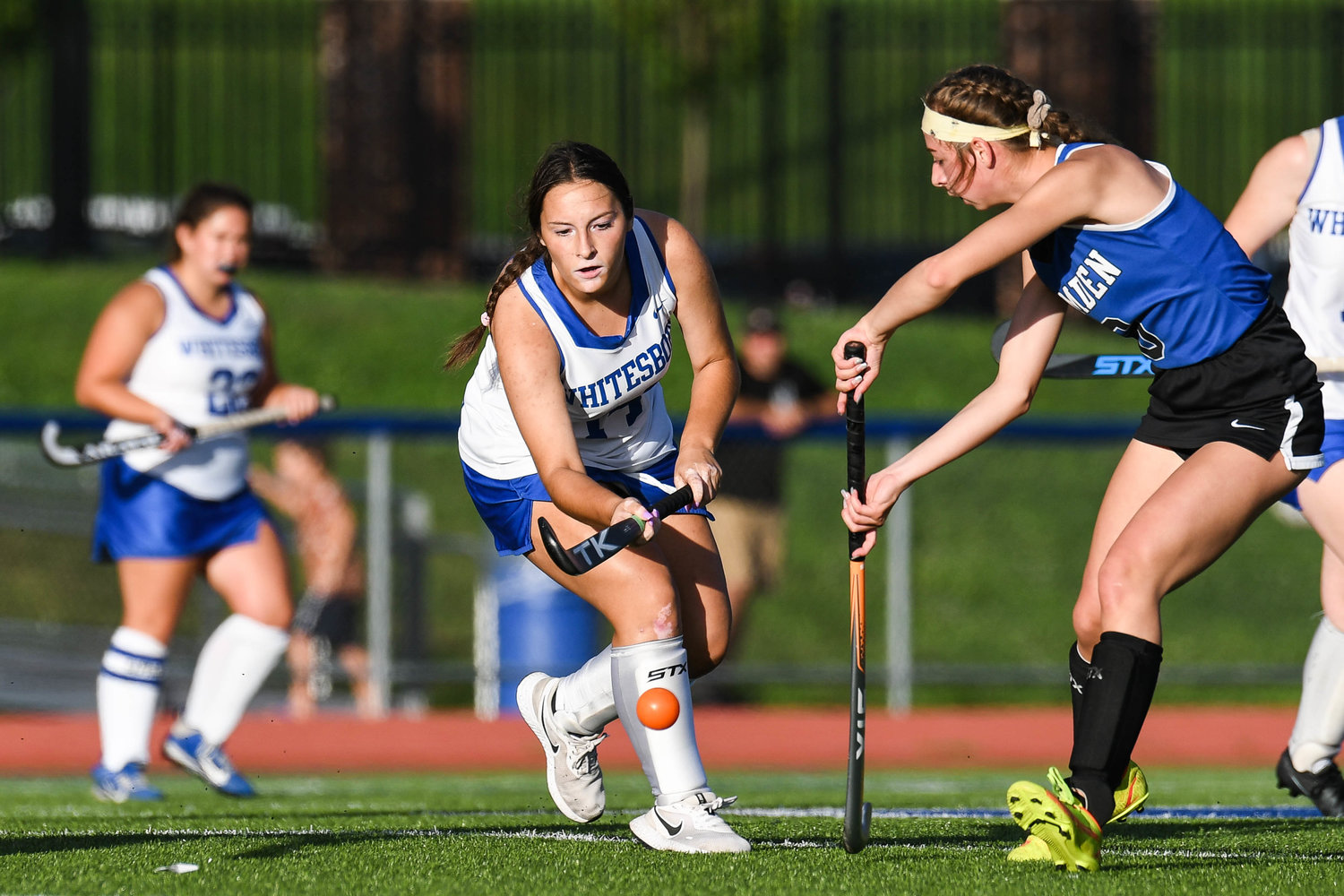 Whitesboro’s Talia Nash, center, controls the ball against Camden’s Gabby Croniser, right, during the field hockey game on Wednesday. Croniser scored both goals for the Blue Devils in the team’s 2-1 win.
(Sentinel photo by Alex Cooper) 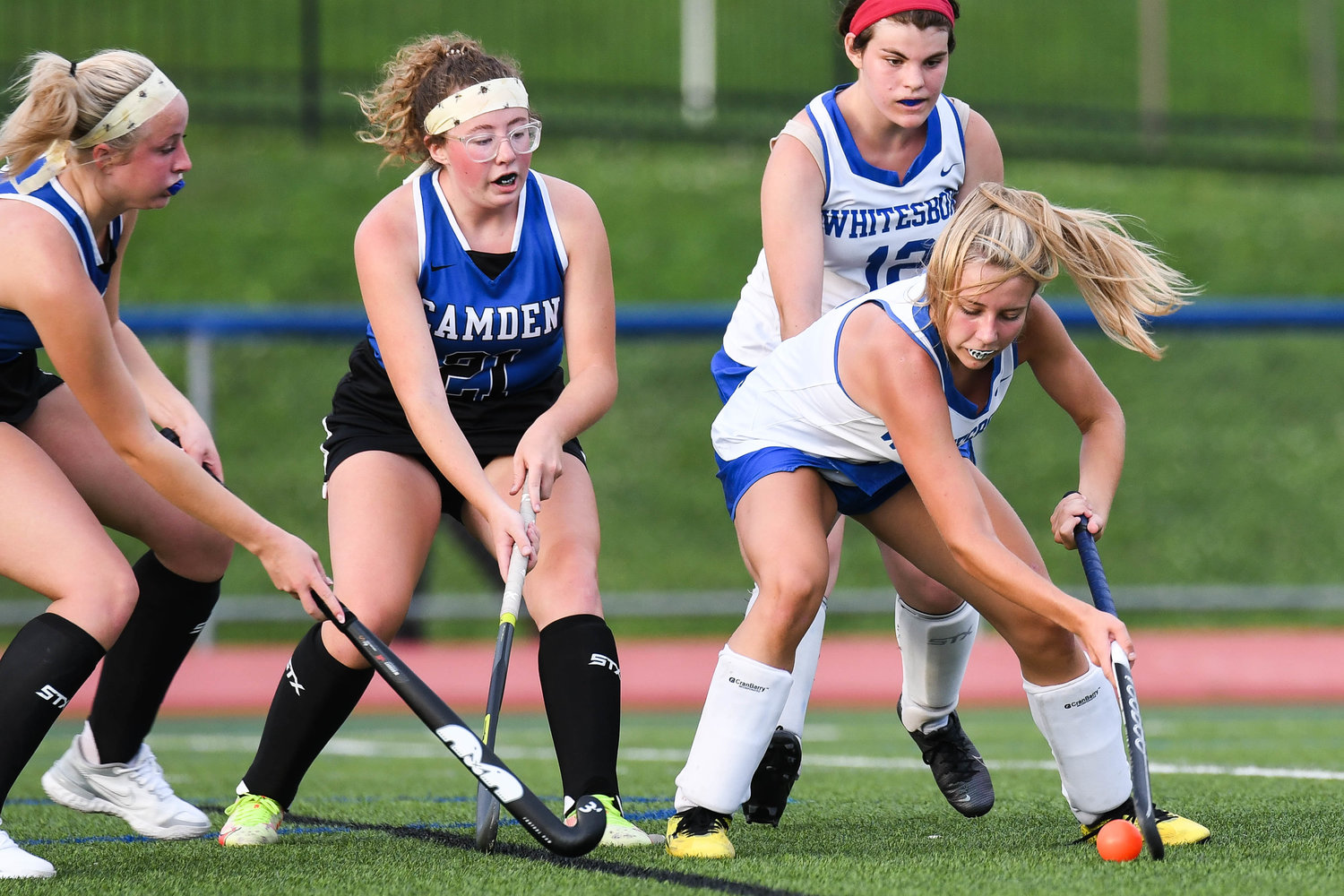 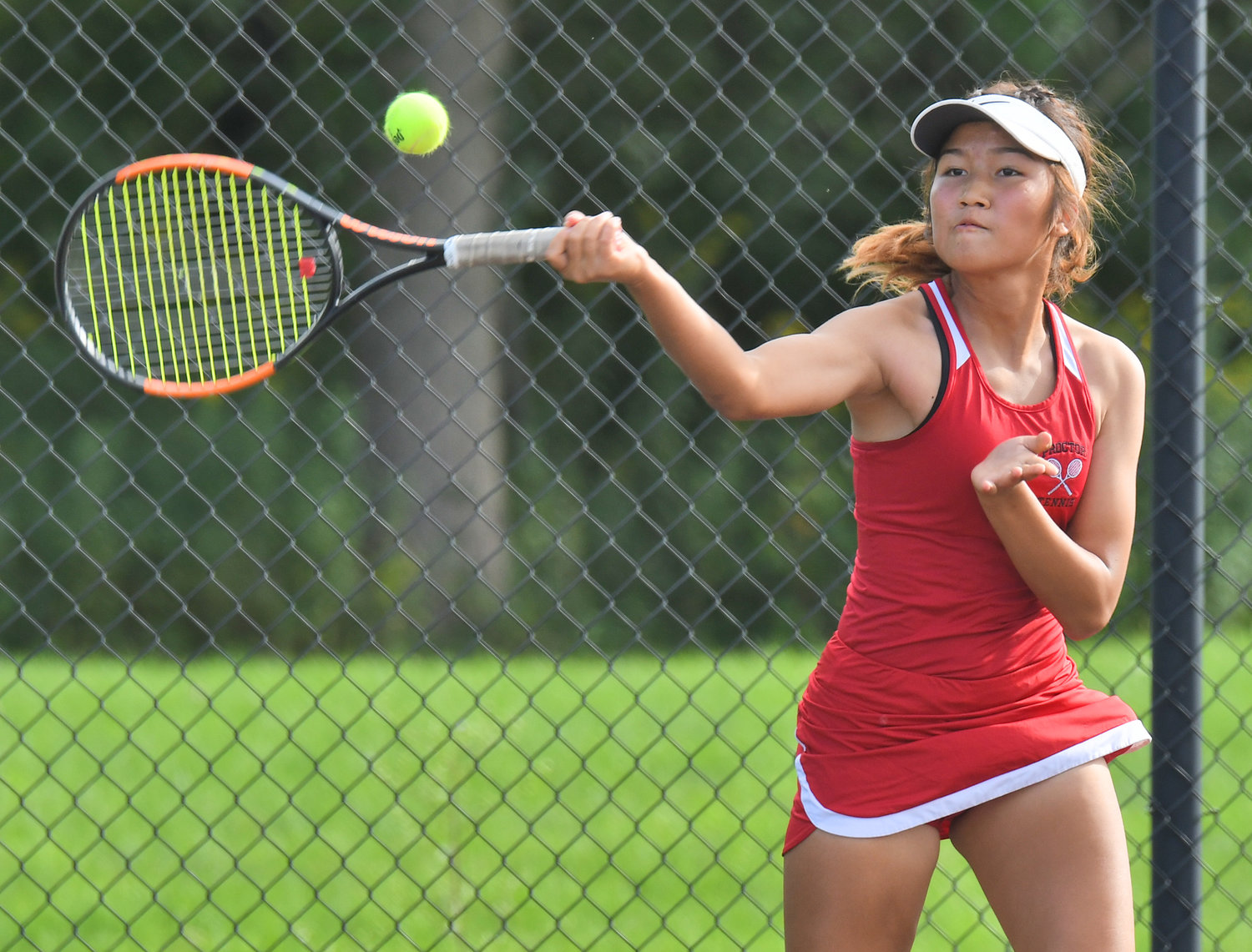 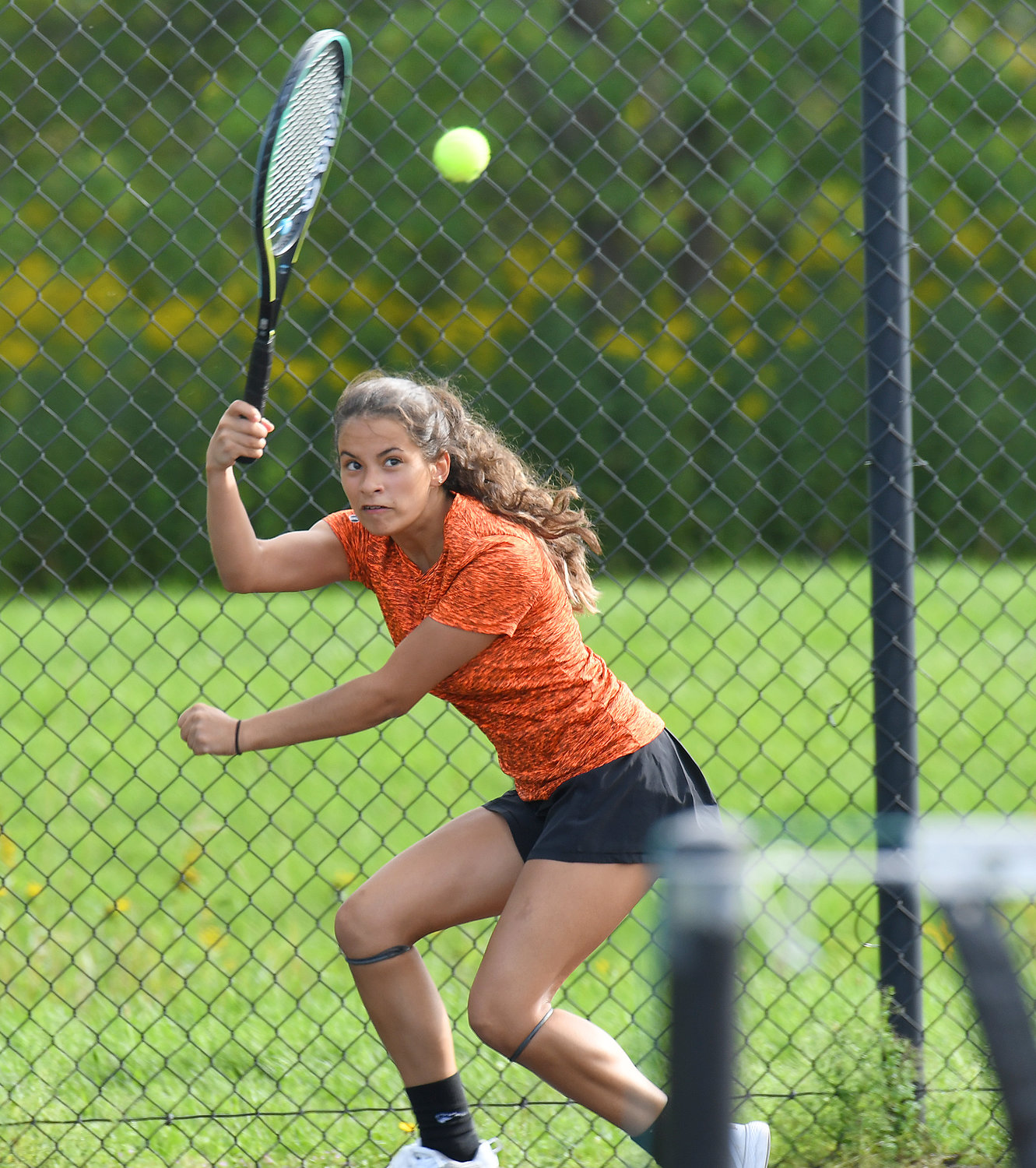 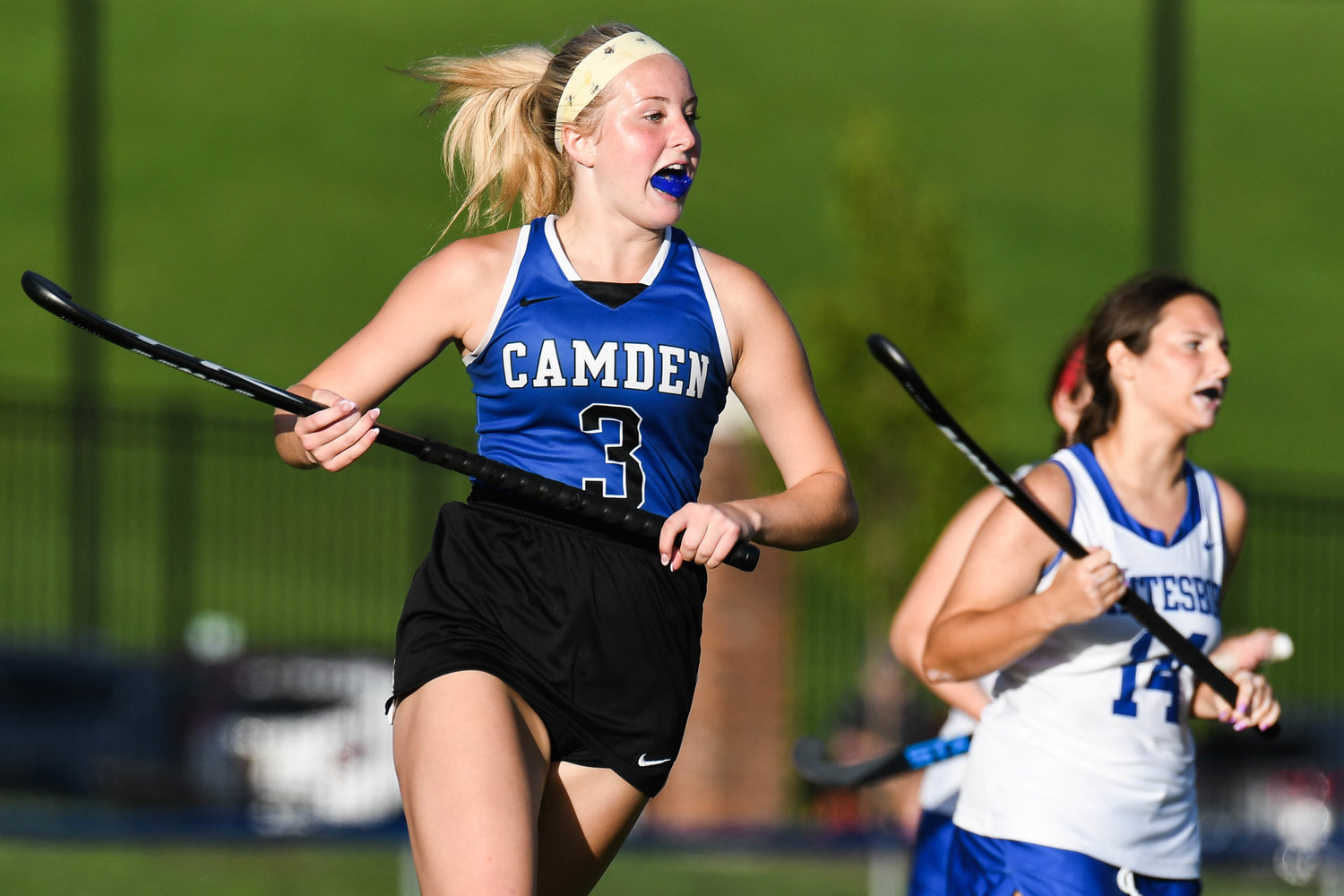 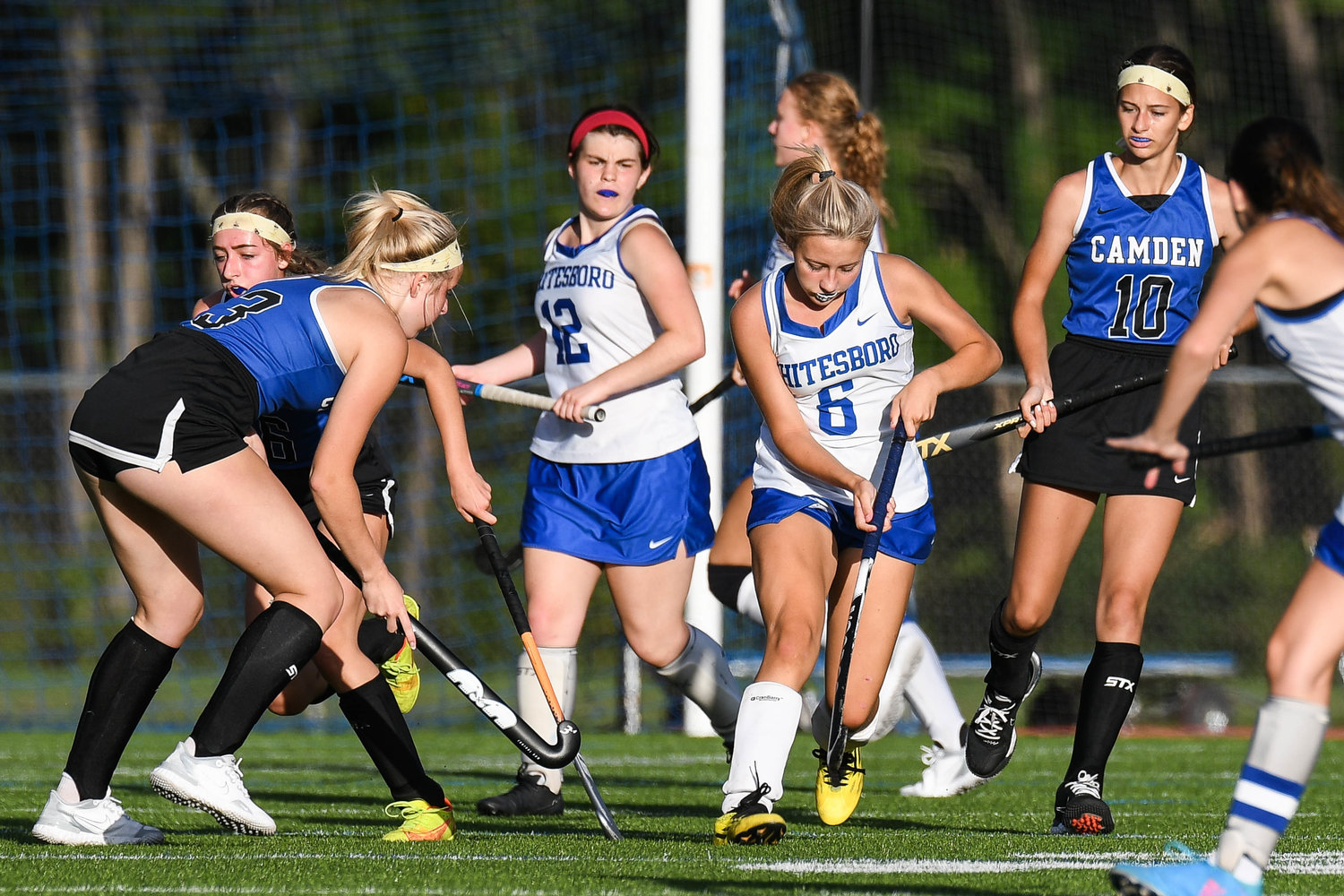 Camden broke a 1-1 halftime tie with the lone second half goal in a 2-1 non-league field hockey win on the road against Whitesboro Wednesday.

Gabby Croniser scored both goals for the Blue Devils, with Avery Prievo assisting on one.

Abby Henderson made four stops in goal for Camden to earn the win in the team’s first game of the season.

Brianna DeHimer scored for the Warriors.

Isabella Irizarry faced 20 shots in goal for Whitesboro, stopping 18 of them.

Camden will participate in the Huntington Tournament in Baldwinsville Friday and Saturday.

Whitesboro falls to 0-2 and is hosting the sixth annual Fall Classic Friday and Saturday.

In goal for the Warriors, Chloe White made two saves.

Clinton plays a non-league game at 4:30 p.m. Friday at Morrisville-Eaton.

Ella Greico scored and had two assists for the Spartans. Bella Kolb and Sienna Holmes also scored. Sarah Cleary and Alan Demkowitch each had an assist.

Meredith Guertin and Kyndra Sequin scored once each for the Red Devils. Grace Croft assisted on both scores.

VVS will participate in the Huntington Tournament in Baldwinsville Friday and Saturday.

Emily Gubbins made six saves in net for Westmoreland.

Westmoreland plays at Oriskany in a non-league game at 4:30 p.m. Friday.

Adirondack plays a non-league game at 6 p.m. Monday at Lowville.

Deanna Heintz made 20 saves for Clinton.

Sauquoit will participate in the NYSSCOGS Hall of Fame Girls Soccer Tournament in Lake George Saturday and Sunday.

Jugglers get shut out

The Notre Dame girls soccer team was shut out in a 3-0 loss against host Waterville Wednesday.

In net for Waterville, Kayle Roberts stopped all nine shots she faced.

Vita Waters made 10 saves for the Jugglers in the loss.

Notre Dame, now 0-3, played host to VVS Thursday in the Tri-Valley League. Results were not available at press time.

Winning doubles for RFA were the pairs of Mary Denton and Amya McLeod, Alysa Jackson and Thylia Keoviengsamay and Mary Barrett and Eriyah Johnson.

RFA visits Oneida for a league match at 3:30 p.m. Tuesday.